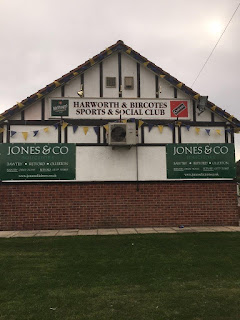 It's Wednesday evening and I've just mopped up a tray full of kebab meat and chips in the car park at Keyworth United's Platt Lane ground. 'The Keyworth Georgie Best' (my lad) is sat on the substitutes bench. After a good start by the Greens, they start to get sloppy. Southwell City tighten their grip on the game and bully Keyworth in the middle of the park. Heads begin to drop as they go 2-0 down. The game is crying out for some creativity, but poor old Sticky Junior remains on the bench as an unused sub. Southwell drive home the final nail in the Green Army coffin with a beautifully executed give and go third goal. I drop Junior a text to tell him to keep his head up.

I check the scores on my phone as I walk back to the car. Norwich are beating Newcastle Utd 3-2 up at St James' Park. They've just got to play-out a few more minutes injury time. Canaries supporter, Murphy Palmer the budgie, will be doing the Michael Jackson moonwalk on one of the bars in his cage. He'll be lining up the Jaegerbombs on his table. I arrive home to a lounge plunged in darkness, with a towel draped over his cage. I check my phone, those nasty thieving Magpies have scored in the 95th & 96th minute to pinch a win. Murph will be nasty in the morning.

We arrived back from Whitby the other weekend to be met by a police helicopter circling above the house with its search lights on full beam. The place was mobbed out with Rozzers. There was an attempted murder in the woods behind the house. Four people were later charged. 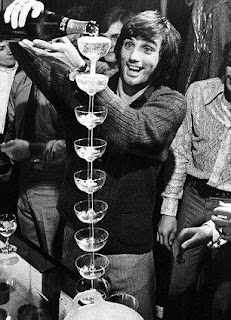 The following morning I was awakened by a man crying and wailing. He was shouting out the name of his four year old daughter who had been missing for five minutes. By chance I see her walking through the front door of a neighbour's house. I reunite Mum and Dad with their little 'un, it's a magical moment, my heart is racing ten to the dozen.

It's Sunday afternoon and I'm sat in the beer garden of the Bulls Head in the affluent village of Woodhouse Eaves, near Loughborough. I'm with former Notts County and Chesterfield goalkeeper Mick Leonard. We drive through a security barrier at Welbeck Defence Sixth Form College. In the distance four football matches are taking place. Mick and I worked together at the Notts County FC Academy. We've come to see how the lads are getting on. It's great to meet all the parents and kids again. We've not worked at the Club for two years now, but have left a legacy. 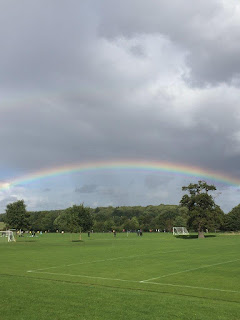 Monday morning is eventful too. Ms Moon is sobbing down the phone at 8am. Some idiot has driven into the back of the Audi at a roundabout near Donington Park Services. That bloody car is jinxed, its spent more time in the garage than Kevin Webster and Tyrone Dobbs.

The news this week has been dominated by Big Sam's sacking as England manager. What's even sadder is that Dudley-born Allardyce has pulled out of the unveiling of a blue plaque in honour of 'Busby Babe' Duncan Edwards who grew up in the Dudley area and tragically died in the Munich Air Disaster in 1958 at the age of 21 years old. Sir Bobby Charlton, a teammate of Edwards, stepped in at the last minute. 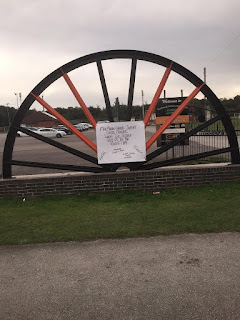 I'm in the kitchen on Saturday morning knocking up a chilli. The excellent Colin Murray has returned to the chair in Five Live's award-winning show Fighting Talk. One of the panelists is asked who the nicest person in sport is. They tell a tale of a 100 Sunderland fans stranded at Bristol Airport a few years ago following a 1-0 win in Cardiff. The fans are raucous and jovial on the plane. One even waves his false leg in the air.  An overzealous easyJet pilot is having none of it and boots them all off. Sunderland chairman, Niall Quinn stumps up over £8000 to ferry the supporters the 310 miles home in a fleet of taxis.

A story about David Beckham is also told. Becks is walking down a street in London when he passes a paramedic treating a pensioner who has stumbled and fallen on the pavement. Beckham returned ten minutes later with two piping hot cups of tea and coffee for the distressed pensioner and paramedic. 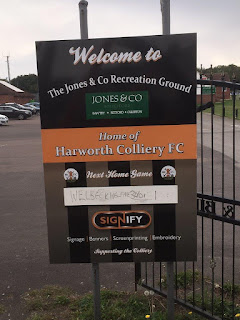 Destination today was meant to have been Great Wyrley in Staffordshire where we were taking in Wolverhampton Sporting Community v Ellesmere Rangers in the WMRL. The Met Office are forecasting monsoon-like conditions over there. I quickly scan a fixture oop north where the weather is kinder and plump for Harworth Colliery v Dinnington Town in the CMFL North Division. I notify the club on Twitter of our impending visit. Joint manager Lee Danysz asks to see me before the game as he very kindly would like to donate some money to the Parkinson's Disease Charity.

Murphy the budgie is still being mardy. I stick my hand into the cage and wedge a piece of fresh brocolli (38p from Aldi) in with a clothes peg. I'm a little slow in removing my hand and feel the full force of Murphy's sharp beak - the vicious little b**ger. Revenge is a dish best served cold - I re-tune the radio into Radio 1 Xtra - he'll think twice before doing that again. 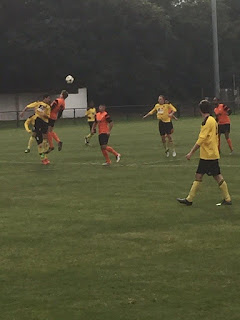 The route to Harworth is straight forward enough. It's the A614, A1 and A614 again. Mylene Klass on Smooth Radio is playing Woman in Love by Barbara Streisand - it's one of my guilty pleasures. We pull into the car park of the Recreation Ground on the Scrooby Road in Bircotes, half an hour before kick off. A guy in a mobility scooter does three circuits of the car park before disappearing up the road.

Harworth is a town in Nottinghamshire 8 miles north of Worksop with a population of 8000. The local colliery opened in 1921 and served the power stations on the river Trent. In the mid 90s the pit was mothballed. The headstocks were demolished in 2015.

World champion road cyclist Tom Simpson was raised in the area. In 1967, at the age of 29, during stage 13 of the Tour De France, Simpson collapsed and died climbing the ascent of Mont Ventoux. The post mortem examination found that he had mixed alcohol with amphetamines. His body was returned to Harworth where his internment took place in the local church. There is a small museum dedicated to his achievements in the sports and social club. 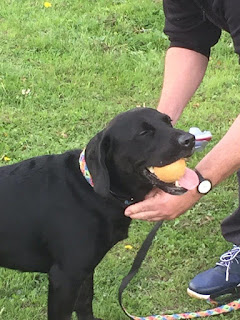 I remember the team I support, Lincoln City, picking up a 'keeper from Harworth Colliery called Lee Butler. He was in tip top form for the Imps. We sold him onto Aston Villa. He went on to have a good career in the game and is currently a 'keeper coach at Bolton Wanderers.

It's £3 on the gate. We snap up a couple of tickets for the meat raffle. I like the ground immediately. The playing surface looks lush, with the perimeter of the ground on the far side being tree-lined. We nip into Tom's Cafe. Ms Moon has eyed up a packet of Foxes Golden Crunch Cream on the top shelf. The lady behind the counter won't sell them, but very kindly lays some out on a plate. The biscuits turn out to be custard creams. Ms Moon, a fussy eater, doesn't like them and annoyingly nicks some of my Bounty bar. 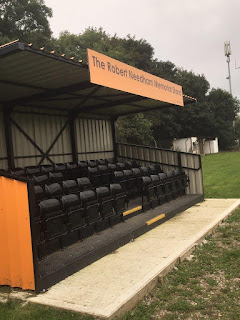 I introduce myself to Lee. The first thing he does is put his hand in his tracksuit pocket and donate to the charity. He's a cracking bloke and we wish him well for the game as we wander over to the far side of the ground, walking past the Robert Needham Memorial Stand - a club stalwart who sadly passed away earlier in the year. A procession of planes queue up to land at the nearby Robin Hood Airport.

It's Step 7 football, the same level my lad plays. Harworth are well on top. They take the lead from a corner when a header crashes off the woodwork and is toe poked home. The diminutive No.10 scores a second goal before half-time. I've managed to get my grubby mitts on the match ball on two occasions. Another skew-wiff clearance was coming my way to complete my first ever hat-trick until its scooped up by a beady-eyed five year old boy  - he gets the daggers off Sticky.

I've noticed a chap perched on top of a grass mound viewing the game from outside the ground. The cheeky sod could have splashed out £3 to watch it. He almost looks offended when he has to fetch a few stray balls that are off the radar.

Harworth run riot in the second half and score a further 4 goals without a reply from the visitors. They have hit the frame of the goal on five occasions. Chief culprit is Tom Pick, who looks up to the heavens when he finally scores at the fag end of the game.

Great piece as ever Sticky. I have admired your work from afar over a number of years, stuck down here in Deepest South Wales. The Only Tricky in the Village. Just wanted to say, reading your stuff was one of the things that helped me, over the last few tough years of Depression, and paralyzing Anxiety. So thanks. On the Up now, which can be as tough as the Down, but at least I can write again.

Many thanks for your kind comments.

I'm really sorry to hear you have been struggling with your health, but it's great news that you are on the Up. Had a lot of change in my life over the last year, and did stop writing for a few months, pleased I carried on though, particularly if it brightens up someone's day.

Whereabouts in South Wales are you pal ? Maybe we could meet at a game one day ?

Thanks Sticky. Yeah, the writing helped me too, but a real struggle, when not well. Just back from North Norfolk. Always fancied seeing Kings Lynn, but wife and daughter less keen. I have resided in Pontypridd these last 25 years, a big Rugby town. By my rough calculations, somewhere around Worcester would be about halfway. I usually meet up with my mate Steve, from Derbyshire, roughly halfway, for a beer and a walk, so will look out for possible triangulation fixtures. Best wishes, Frank