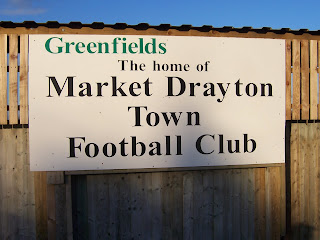 My stomach’s churning over and over. My nerves are jangling. My cheeks are beetroot red. It’s about to be my most embarrassing moment of 2009 – no readers, I’m not off to Sincil Bank to watch Chris Sutton’s spineless Lincoln City – it’s far more humiliating than that.

I enter the shop. It feels like all eyes are on me. There’s a huge queue at the till. My secret is soon going to be revealed. I’m sweating up like a racehorse in the stalls. It’s my turn to be served.

I step forward. My throat’s dried-up. I’m all tongue-tied. “Yes love” says a smiling shop assistant. I turn around. The queue is as long as Santa’s grotto. “Erm. Erm.” Words fail me. Eventually they just spill out. “Can I have the new Westlife CD please?” 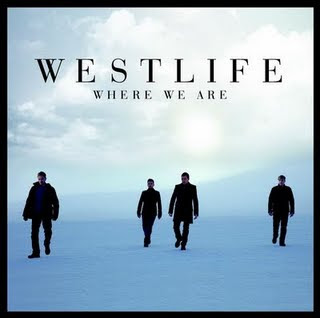 I love Nottingham at this time of year. They are prepping up the ice rink in the Market Square. The Salvation Army brass band strikes up a few Christmas carols on Lister Gate. I walk past a doorway and hear my favourite novelty Christmas record – The Waitresses, ‘Christmas Wrapping.’

I was in town before 9am. I like to beat the mad rush. I visit the normal haunts – Marks and Spencer, Body Shop, Hotel Du Chocolat and Waterstones.

I’m back at Fletcher Gate car park and out of town before 10.15am. I drop in at Wilford and watch a game for 20 minutes or so. There are some school games on further down the road. I witness some appalling behaviour by a coach, who lambasts a linesman over a marginal offside.. The guy is associated with a professional club. What sort of example is he setting to school children? 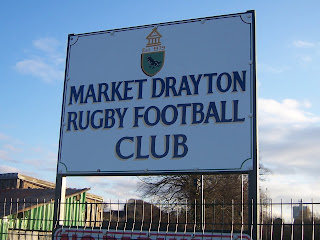 Sven is up at Vernon Park presenting the Basford club (AFC Vernon) with its Charter Standard certificate. I could have gone up there and tossed it off, but it’s not really for me – I’d rather be out in the field looking for undiscovered talent.

I’m back at base for 12.30pm. Mrs P has knocked up a mushroom soup and French stick. I unpack some mature cheddar and tuck in. ‘The Skipper’, ironically is playing AFC Vernon today, whilst ‘Angry Kid’ is up against Sticky’s favourites – Hyson Green Cavaliers.

White Van Man picks me up at 1pm. He already has Heart FM booming out the speakers, just to wind me up. ‘Fame Forever’ by the Kids From Fame is currently on the turntable. Jesus Christ, this is going to be a tortuous journey. 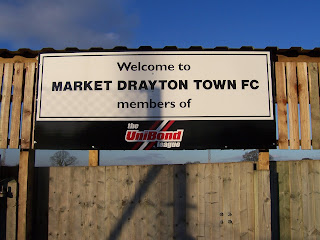 He’s nearly wiped out by an Asda van at the Bunny/Bradmore junction. He throws his arms up in the air and gesticulates at the delivery driver. “That’s why I shop at Morrisons you ****” he shouts out the window.

We swap cars like getaway drivers in the aptly named village of Gotham in south Notts. We leave the ‘Blue Rocket’ outside the Everards Sun Inn and jump in Screats’ dad’s BMW.

I don’t bloody believe it – he’s also got Heart FM on. It’s got to be a conspiracy theory. The music deteriorates even further with ‘Teardrops’ by American soul duo Womack and Womack. 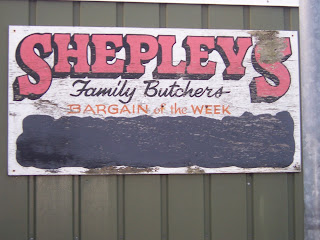 White Van Man is getting all ‘messy’ tonight. He’s on a works party and the bar tab is free. He’s ‘on it.’ He brags to me and Screats’ dad that he woke up last Sunday morning with a ‘bird’ either side of him. Give over son.

I express concern that he’ll be missing his regular dose of the X-Factor tonight. “All’s good” he replies. “I’ve got it on Sky Plus” He’s not a big fan of Stacey Soloman. He gives her the thumbs down. I remark that the girl is the only contestant that can actually sing.

We fly down the A50 and breeze through Stoke. We hit the A53 to Shrewsbury and are parked up in Market Drayton Rugby Club car park in less than an hour and a quarter. 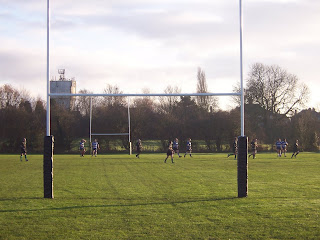 Market Drayton is a small town in north Shropshire. It lies on the River Tern and has a population of 10,000 people. It is the home of gingerbread, which has been baked in the town for over 200 years.

The men’s rugby team are on one pitch, adjacent to that, two girls’ football teams battle it out.

It’s £6 entrance and £1.50 for a decent programme. We pay Screats’ dad in and thank him for driving. 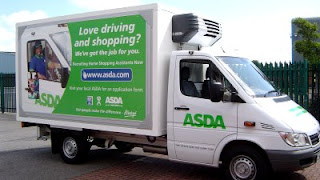 The ground is basic and unsophisticated. They must have worked bloody hard to pass the Unibond League inspection test. I like the ‘main stand.’ with its rickety, old wooden tip-up seats.

A guy is sat at the back of the stand. He’s rigging up his laptop. Maybe he’s a reporter, radio man or just the PA guy.

The Shepshed Barmy Army are holed up in the stand. They are a noisy bunch. But they do amuse me with their unique ditties. They add 40 odd to the gate. They sing to the locals: ‘Did you come on a tractor?” 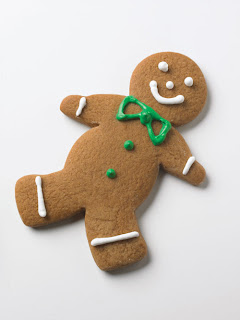 I’ve a raging thirst that’s been caused by the old soup, cheese and bread. I grab a can of Coke. WVM marks the tea with a seven out of ten, just for the meticulous preparation by the tea lady.

We catch up with a few Shepshed fans, who we’ve not seen since the Sheffield FC debacle. The north Leicestershire outfit somehow beat high-flying Witton Albion 2-0 the previous Saturday.

Five Live’s commentary game at the Britannia Stadium between Stoke and Wigan is on the PA system. It sounds exciting stuff. 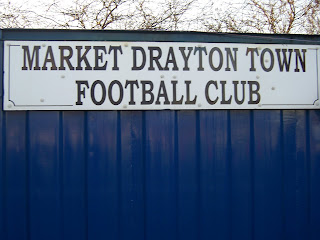 We take an amble around the ground and position ourselves 10 metres to the right of the Shepshed dugout. Dynamo’s manager Dave Stringer stands in the technical area, complete with clipboard. His assistant – Jimmy Ginnelly – is strangely subdued. He takes a pew.

The game is enthralling and end to end. Market Drayton prefer to hit the channels early, to test out the 3-5-2 formation that Stringer has chose. Both teams waste opportunities. 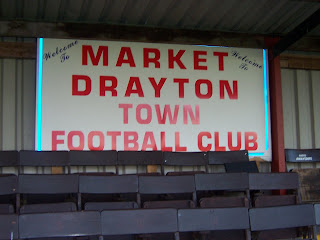 The highlight of the game takes place on a quarter of an hour. The Gingerbread Men have launched a skew-wiff clearance towards White Van Man, who has his i-Phone glued to his ear. He nonchantly cushions a header delightfully back into the arms of a player. He takes a bow and bollocks the Shepshed centre-half Matt Millns.

I’ve already become concerned about the referee’s performance. I honestly haven’t come to watch him. He’s a tall, well-groomed fella, who doesn’t half fancy himself. He wears short sleeves, has cropped hair and is tattooed-up. He harshly penalises the excellent Shepshed ‘keeper – Nick Jubb – for time-wasting in the 30th minute (?) Jubb was genuinely looking for options so he could release the ball. 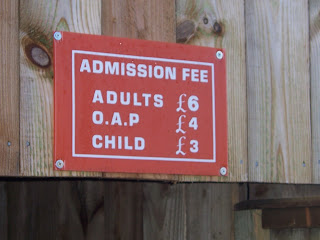 Shepshed fail to clear their lines from the resulting free-kick, the ball falls to Tom Rodgers who strikes the ball cleanly into the left hand corner of the net.

The Gingerbread Men enjoy a golden spell. Dynamo are rocked by the goal and lose their discipline and concentration. Haynes picks up the ball 20 yards out, a minute before the break and hits a delicious, curling effort into the top right hand corner. It’s worth the gate money alone. 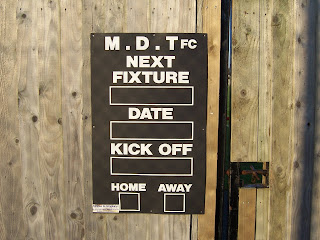 Referee Williams has the Dynamo fans baying for his blood. They are hanging over the stand, hurling abuse at the official. It’s a bit out of order to be honest, but they have paid their dough.

I have another can of coke and lurk outside the hospitality suite (Portakabin) listening to the half-times. It cheers me up no end to hear that David McGoldrick has scored for the Tricky Trees. It will do his confidence the world of good.

Rumours are circulating around the stand that Shepshed No.2 - ‘Grumpy Ginnelly’ - has got the hump and is going to walk after the game. It’s a worrying thought as he may take a few players with him. 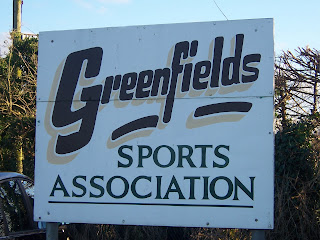 The second half is a complete farce. The Shepshed fans complain that referee Williams misses an elbow. I think he was busy splashing on the Old Spice in preparation for his night out with the ladies of Market Drayton.

I’m stood with ‘Dave The Van’ behind the goal when full back Dominic Reece shows all his studs in a desperate lunge. The referee produces a red from his tuxedo top pocket.

It all boils over shortly after with a 21 man free-for-all, right in front of White Van Man and, more importantly, the referee’s assessor. A player from each side is shown red and the game is stopped for a full five minutes. 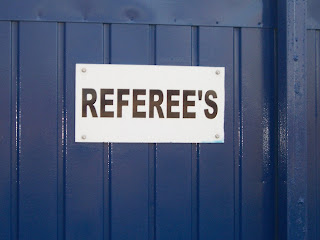 I’m talking to Edwin Van Der Sar lookalike (Market Drayton’s ‘keeper). He’s just come from Bridgnorth Town. I ask him why he’s not had a trot up the pitch to throw a few haymakers. He says he can’t be bothered.

Shepshed pepper the Gingerbread Men’s goal in a desperate attempt to restore parity. There are clearances off the line, shots blazed over and bodies thrown in front of the ball. It’s all to no avail. A good game has been spoilt by some over-zealous refereeing.

Man of the Match: Ben Twigger