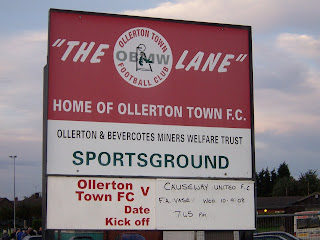 I was in the pub Saturday night, stood at the bar, and next to me was a guy with the sweetest looking dog imaginable. When the D**by score was read out this dog went berserk. It started growling, barking, and even tried to bite a couple of people nearby. I said: “Flippin ‘eck mate, what’s that all about?” He replied: “Oh he does that every time D**by lose.” I said: “Well what happens when they win?” He replied: God knows I’ve only had him 11 months!”

We’re off to Prague soon for a short break; it’s Mrs P’s birthday. It would have been rude not to have checked out the Czech football scene. It’s Champions League football while we’re out there. I was hoping and praying that one of the Prague teams would get through. But much to Mrs P’s delight, they both got knocked out in the qualifying stages. Like I said to the good lady, every cloud has a silver lining; there’s always the UEFA Cup on a Thursday night. 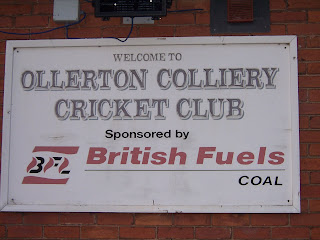 It’s Wednesday tea-time and it’s been sunny and warm for most of the day. It’s not enough to save the rain sodden surface at Kimberley Town’s Stag Ground though. It’s 5pm and I’m without a game.

I’m surfing the Football Mitoo site and spot that Ollerton Town have a FA Vase replay against Midland Alliance team Causeway United. Ollerton Town are on the ‘new grounds to visit’ list. I ring up The Taxman; we’re up and running.

We drive down the A46, over Gunthorpe Bridge and up the A614. It’s a 64 mile round trip. I’m not saying The Taxman is a slow driver but a couple of tractors overtake take us on the A6097. 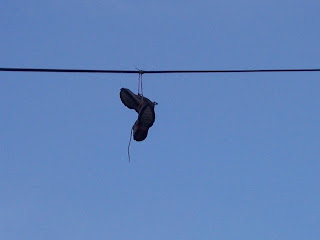 I ‘worked’ at Ollerton Colliery for a while before its closure; I hated it. It was the most miserable 12 months in my professional career. I was saddened by yet another pit closure; another community put out to grass and killed off. But selfishly it gave me the chance to move to pastures new.

During the Miners’ Strike in 1984, Yorkshire ‘flying picket’ David Jones was crushed to death outside the main driveway into the colliery. We’re driving past there now. Corporate giant Tesco’s house a supermarket on the old colliery site. Leisure firm Center Parks also have their HQ there. 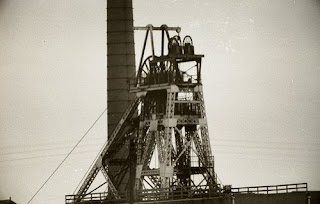 It’s par for the course; I haven’t a clue where the ground is. We drive past a boarded out bingo hall and stop the car to ask directions. This guy is waddling up the road, resplendent in his England polo shirt. Capello’s clowns are in Croatia tonight for a ‘crucial’ World Cup qualifier. This guy is off to the Harrow Inn to watch the match and cheekily asks for a lift, so he can point the ground out to us.

We drop him off outside William Hills. I tell him to put a tenner on Causeway United for an away win. He is wearing some rank bad after shave. It smells like the 70s woman-puller, Hi-Karate. Walcott may bag a hat-trick later on tonight, but there’s no chance of this guy scoring.

We pull into the ground and park the car for free, It’s £4 admission and a futher quid for the programme, although I fail to procure one as they have already sold out and it’s still thirty minutes to kick-off. 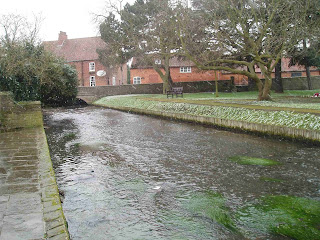 Most old coal mining/steel making towns have regeneration packages provided by the government. This normally includes improved leisure facilities like Corby Town and Cotgrave have. While New Ollerton may have had, somewhat, of a facelift, the same can not be said of the facilities at The Lane.

The changing rooms and clubhouse are dilapidated and in a state of disrepair. Why has government money not filtered through to this proud club?

The pitch and its surroundings are delightful though. The playing surface is in pristine condition. The heavy rainfall in recent weeks has had no affect on this ground. The going is soft, but perfect. 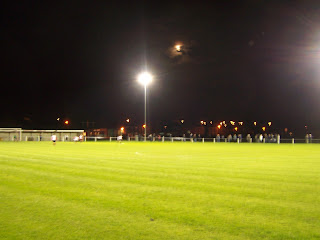 It’s a blustery old evening and time for a brew. The tea comes in a mug and is marked with an eight.

We stroll through a mass of groundhoppers who’ve turned out tonight, with their pens and notebooks.

The Central Midlands League Press Officer Rob Hornby is here tonight and is suited and booted. I first met him at Welbeck Welfare back in April. He is an effervescent and enthusiastic character. I catch up on all the gossip.

He has invited me on the bus for the East Midlands Groundhop in March. There’s one game on the Friday night and four on the Saturday. I’ve not told Mrs P about it yet but assure Rob I’ll be there.Rob’s all excited as he is off down Cornwall groundhopping on holiday. The jammy sod.

Causeway United are from Stourbridge in Worcestershire. It has a population of 50,000. It was once famous for glass making. Famous bands from the town include: Diamond Head, The Wonder Stuff, Pop Will Eat Itself and Ned’s Atomic Dustbin. 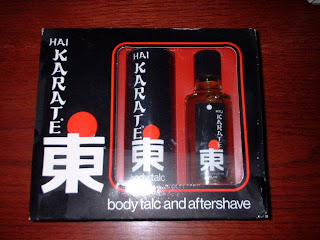 The Ollerton Town DJ is playing All Mod Cons by The Jam. It‘s on the worst speaker system in the world. He reads the teams out; it sounds like one of Dr Who’s Daleks.

The referee leads the teams out, he and his assistants look like they have just finished their paper round.

Ollerton play with the wind at their backs. Technically they can not match the visitors, but they are strong and fit. They have bite in the midfield and snap at the heels of their opponents. Those whinging, whining West Midlands dulcet tones can be heard all around the ground, particularly their manager who has a voice as loud as a foghorn. 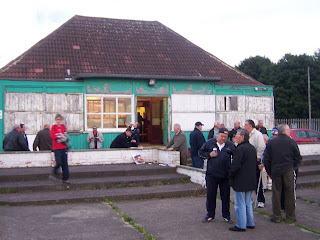 I’m stood next to Ollerton legend ‘Scoop.’ He does all the match reports for the Chad. He’s only a young whippersnapper but has an incredible appetite for the game. He gives me a few names from both teams, as he has the line-ups.

Ollerton take a deserved lead on 20 minutes with a well worked goal. Chambers plays Lee Wilson in down the right; his finish is ice cool and clinical.

Causeway get the ball down and begin to play the beautiful game. A tremendous four man move results in a forward being bundled over by the Ollerton left back. Twenty three year old skipper Danny Howe makes no mistake from the spot kick. They finish the half strongly.

While The Taxman spends a penny I take a stroll around the perimeter of the pitch. Some old pit houses back onto the ground. It’s gone 8.30pm and pitch black. Someone has left their washing out to dry for the night. It must be Jim Royle’s house as there are two pairs of large Y-fronts and vests on the line. 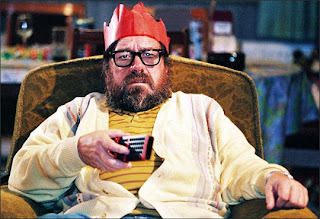 The second half is dire, a total stalemate. The only highlight is when the foxy lady physio for Causeway scurries onto the pitch to attend the West Midlands whinging wounded.

The paperboy ref did well to keep his cards in his pocket in the first half, but now he’s dishing bookings out like confetti. Ollerton enjoy the physical side of the game.

Extra time is one way traffic. The winner comes in the 105th minute and is worth waiting for. The Causeway full back bombs down the right and fires a cross in from the tightest of angles, substitute Danny Jones attacks the ball and sends an unstoppable bullet header into the roof of the net.

It’s 10.20pm and we’re still in the ground; they’ll be no real ale on the way home tonight.

White Van Man texts in to tell me that England have thumped four past Croatia. Blimey Charlie, I wouldn’t fancy being an away fan trying to get out of that ground!

Man of the Match: Jim Royle’s pants.
Posted by Sticky at 7:14 AM

Thanks for the info ref. the Kimberley / Gornal match .. me and the daft lad will be there,,, hope to catch up with you then...