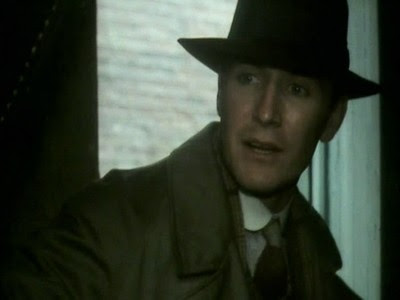 We shuffle down the steps of the Pavis Stand. The Pies have battered the Shakers. I’m walking down the concourse, towards the huge oak tree outside the main gates, where I’ve arranged to meet Sticky junior and his pals.

I glance up at the TV screens. Soccer Saturday presenter Jeff Stelling is jumping up and down. There’s been late drama at the Emirates Stadium. Twenty two year old Dane, Nicklas Bendtner, has given the Gunners a 94th minute lifeline.

I start to think about my tea. And then the enormity of that Bendtner equaliser hits home. The goal has been scored against Wolves. Tonight we’ve been invited around to tea at Wolves’ biggest supporter. Some may remember that he’s a ‘Junior Wolf’ and goes by name of ‘Gangsta.’ 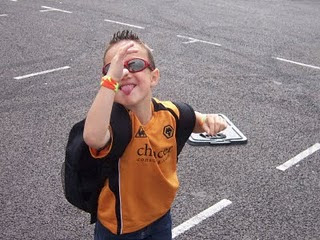 The youngster is only six years old. He’ll take this defeat badly. He’ll be trashing his playroom and kicking off big style. I was with him at Molineux when Pompey whipped their ass. He hardly said a word all the way home.

Gangsta’s bro answers the door (he’s my Godson). I expect mum and dad will be clearing up the carnage and wreckage.

Gangsta appears from nowhere with a broad grin on his cheeky face. Nobody dare tell him that Wolves have lost to the last kick of the game. 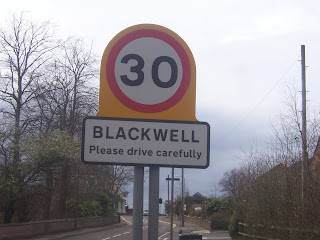 We have some tea and watch a ghastly farce on TV – no not Ant and Dec’s Push the Button but Burnley v Manchester City on a saturated surface at Turf Moor. City are 5-0 up at the break.

Sunday is a day with the family and another big tea at the in-laws. PC Plod is in attendance. We’re forced to watch Guinness Premiership rugby. He has a sissy fit when Mrs P channel hops to Coronation Street. He retires to the study to read his Mail on Sunday.

It’s the day of the game. Mrs P drags me down the Riverside Retail Park. We manage to become separated in B&Q. The good lady is in the paint section, whilst The Groundhopper is wandering around the gardening department. 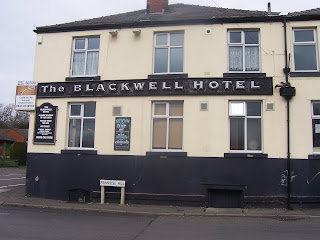 I’m fully expecting the public address system to shout up for Mrs P to pick up Groundhopper in ‘lost property.’

It’s time to depart for the game. Mrs P is touching up the woodwork in the living room. Sticky junior is all set for the Forest v Cardiff clash. ‘The Skipper’ is playing hide and seek with the girls down at Tollerton Park.

I start the engine and switch on Radio 2. ‘Toxic’ by Britney Spears is being played on some retro show. I quickly change channel to Five Live. 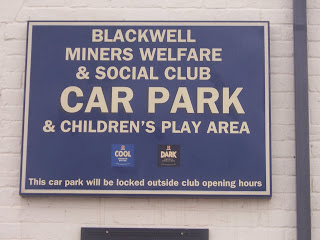 ‘Dirty Dirty Leeds’ are two to the good at Yeovil’s Huish Park. By the time I’ve reached junction 26 of the M1 their lead is hanging by a thread.

I turn off the motorway at McArthurGlen Designer Outlet (should have brought Mrs P). I’m soon having a nosey around Blackwell. I’ve already driven past the old colliery winding wheel down the road.

I drive up Primrose Hill and swing left into the Welfare car park. I amble up a narrow path past the Cottage Inn. They are advertising a sportsmans’ dinner where the main speaker will be English cricket’s chief Test selector, Geoff Miller, who was born down the road in Chesterfield. 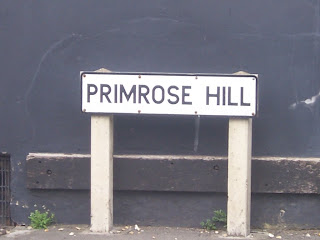 There are two further stand-out people who have connections with Blackwell. Famous goalkeeper William ‘Fatty Foulkes’ was spotted playing for Blackwell MW by Sheffield United. He led the Blades to two FA Cup final wins.

Percy Toplis once worked as a Blacksmith at Blackwell Colliery. He became Britain’s ‘most wanted criminal’ in 1920. He is more famously known as ‘The Monocled Mutineer.’ He was played on TV by the actor Paul McGann in Alan Bleasdale’s award-winning four part series. He led a munity in the British Army in France in 1917 and went AWOL. He died in a hail of police bullets close to Penrith in the Lake District.

It’s £4 entry and a further £1 for a dream of programme. It’s amazing how much effort people make to produce a programme, even more so at this level. 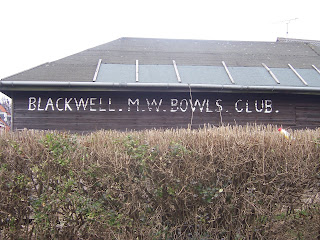 I pass the time of day talking to the Blackwell MW gateman. The guy (think his name was Steve) is a mine of information. He points beyond the football pitch at the cricket square behind the rope.

He explains that a world record was made on that wicket nearly 100 years ago. I check my Playfair Cricket Annual (you geek Sticky) on my return home. In 1910 in a match between Derbyshire and Warwickshire, held at the Blackwell Miners Welfare Ground, a record ninth wicket partnership of 283 was made by J Chapman and A Warren. It still stands to this day.

I look at the eye-catching locations that other world records were made at such as: Colombo, Perth, Port of Spain, Delhi and Cape Town. And yet here I am in little old Blackwell, with a population of just 4000, looking out onto a piece of land, adjacent to a football pitch, where history was made. 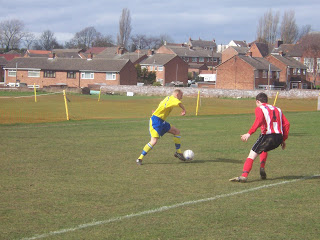 Steve recalls how the village once had a thriving rugby team. The old pit manager was a Welshman and brought all the best players from the Valleys with him. Behind the gate we are chatting by is the old colliery office block. Beyond that is the cable repair centre where all trailing cables from all over the country were overhauled.

I can see Gedling MW secretary Tony Hay walking towards the stand to view the game. I introduce myself. We’ve only ever met in cyber space. I leave Tony in peace to watch the game and take a position up close to the Tea Bar.

I adore this ground. It’s rugged, rustic and has spectacular views that look out towards Crich in the Peak District. It’s also over 100 years old. 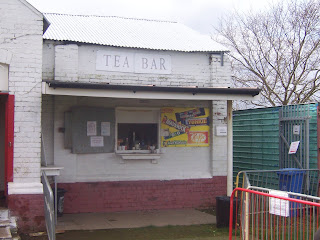 The game is underway. Gedling MW kick up the slope and into the blustery conditions. They look lively in the opening exchanges. Rob Mawer and Craig Boulton have good movement.

I’ve bumped into a groundhopper from Bolton. He’s already been to watch Radford v Gedling Town in Nottingham earlier today. He tips me the wink on a selection of his favourite grounds in the North West.

We have to wait 40 minutes for the first goal of the day. Referee Craig Langton, who in my opinion is having an excellent game, spots a shirt-pull in the box. Stocky striker Boulton makes no mistake from the spot. 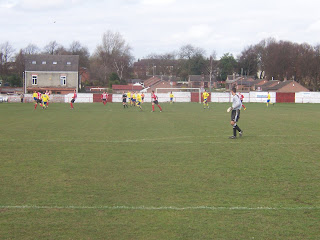 There’s plenty of huff and puff from Blackwell, including a succession of corners, but there’s little end product.

Tony’s not impressed with Gedling today. He invites me over to hospitality for a cup of char. This one comes out of the pot and into a China cup. I mark it with an 8 out of 10.

I stand with Tony and the travelling support for the second half. I last saw them play over two seasons ago in an epic FA Vase tie against ‘big time Charlie’s – Atherstone Town. There’s been a big change of personnel on the playing field since then. 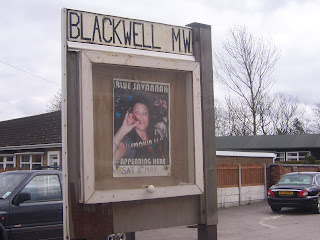 Blackwell deservedly equalise on 54 minutes with a smart finish from Nick Hewer. Ten minutes later Gedling swing a free kick into the box, the ball is headed down for Robbie Mawer to bravely finish with the ‘keeper bearing down on him.

The away side have worked hard to earn their win. Corey Nightingale has been impressive at the heart of their defence. What an interesting day out it has been in Blackwell.

Man of the Match: Corey Nightingale
Posted by Sticky at 8:22 PM