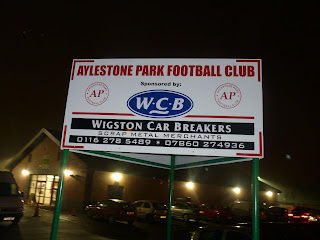 It’s February 5th 2011. 1966 World Cup final hat-trick hero, Sir Geoff Hurst, is visiting the Carrington Sports Ground in inner city Nottingham. He is there to present an award to Sherwood FC, who have been named Grassroots Community Football Club of Year.

Sir Geoff lays on a coaching session for the kids. He has sound advice and kind words to say to the adults, boys and girls. A mate of mine is a coach at Sherwood. It’s a cold, bracing wintry morning. He asks Sir Geoff if he would like a hot drink. They stride towards the pavilion to find some warmth on this bitterly cold day.

My friend crouches down, puts his hand into a cupboard and pulls out a couple of random mugs. The pair stand chatting in the kitchen. Sir Geoff is charming and engaging. They share a brew. Sir Geoff tells a few anecdotes from his playing days.

Sir Geoff takes a final few slurps of his tea and gazes at his mug. “Do you mind if I take this mug home with me? says Sir Geoff, with a smile on his face, as long as Wembley Way. “Well of course you can”, says my friend with a look of bewilderment. 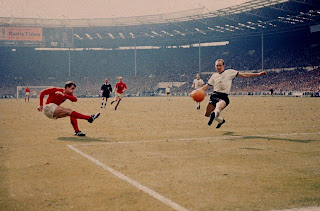 Written on the red mug in white lettering is: ‘They Think It’s All Over …. Well It Is Now.’

It’s Friday 4th November. Sixteen years ago today a bundle of joy entered our lives. Three weeks earlier my mother had collapsed and died outside a shop in our village at the age of 55. She never held Sticky jnr in her arms. It haunts me to this day.

Junior holds his birthday bash at the Key IV Fitness. I sink a few Peroni’s and enjoy the modern sounds of Josh’s Disco. He clears the entire dance floor with Ollie Murs new single – ‘Heart Skips a Beat.’ An eye is kept open for any contraband items that might be smuggled into the venue. 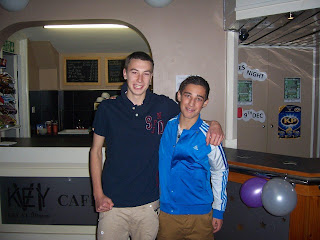 It’s Monday evening and I’m soaking-up in a piping hot bath, listening to Mark Chapman and John Motson on the ‘Monday Night Club’ on Radio 5 Live. Motty’s challenge this week is a corker of a question: Who was the first Dutchman to score an own goal in the Premiership?
I grab my phone and fire off a text with the first answer that enters my head. Arjan De-Zeew is the incorrect answer.

It’s Mrs P’s tic-tac-toe night - a double helping of Coronation Street and a single episode of EastEnders. The Reaper texts me to tip me the wink that there’s a documentary on BBC Four about Ulster loyalist gang the Shankhill Butchers. I daren’t ask Mrs P if she fancies missing out on the Junior Apprentice. I immerse myself into the latest edition of cult football magazine When Saturday Comes.

It’s Tuesday and I’m in the Warehouse with Ergo Computing legend ‘Shifty Edwards.’ It’s doom and gloom down here. ‘Shifty’ is an authority on the world of boxing. Today he is in mourning following the sad passing of South Carolinian boxer “Smokin’ Joe” Frazier, who died earlier this morning at the age of 67. We’re listening to the ‘Craig Charles Funk and Soul Show’ on 6 Music. There’s no toe-tapping or larking about; we’re both busy and in the zone.

I drive the ‘Rolls Royce’ home from work, tonight’s game is firmly on my mind. I devour a meat and potato pie with the full trimmings, before Mrs P dashes up to the gym. I have a scroll through Twitter while my dinner digests. Troubled footballer Joey Barton is having a fall-out with TOWIE – which apparently stands for The Only Way is Essex. 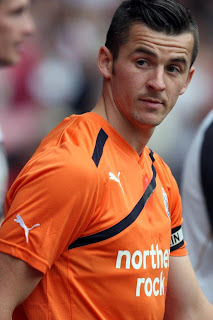 How a guy who has stubbed out a cigar in the face of a colleague, beat another team-mate to a pulp and been imprisoned for six months for common assault and affray, has the brass neck to criticise anyone, is beyond me.

I leave ‘The Skipper’ sprawled out on the sofa watching the toe-curling Big Brother on Channel 5. Finley is put to bed. Not a word has passed our lips since ‘the shed incident’ a few weeks back.

The Taxman has failed a late fitness test. I drive through Stanton-on-the-Wolds towards the A606. It’s a miserable, damp evening. Light drizzle falls onto the windscreen. I set my wipers to intermittent. Radio Nottingham presenter Alan Clifford is playing ‘Torn’ by the Australian singer Natalie Imbruglia. He fades the music out and announces that Leicester has been declared the second greenest city in England.

I sent the Rothley Imperial manager ‘John’ a random text yesterday, having discovered his mobile number on the Web. I left my signature as ‘Groundhopper.’ He kindly confirmed that the game is to be played at the Mary Linwood Ground, with a 7.30pm kick off. 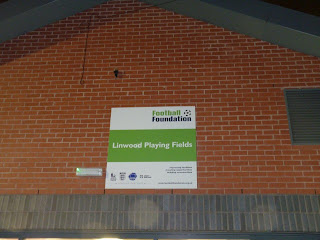 The A46 to Leicester is deadly boring. I shoot up the M1 and exit at Junction 21 (Mrs P’s favourite – Fosse Park). I then take the A563 Outer Ring Road. I get snagged up in traffic just two miles from the ground.

Aylestone Park FC is in a suburb of Leicester close to South Wigston. Leicester City legend and former England international Gary Lineker began his career at the club. They named the clubhouse at the old ground the ‘Lineker Lounge.’

Aylestone Park Youth Football Club was founded in 1968 by a group of boys from a local church. Over £1.3 million pounds has been ploughed into creating new facilities. Both teams playing tonight sit in the top three of the Everards Brewery Leicestershire Senior League.

I park at the back of the Clubhouse in a spacious car park. I notice an already healthy gathering of supporters in a covered terrace to the left of the new facilities. There’s only been a small print-run of programmes. A club official informs me they’ve sold out. 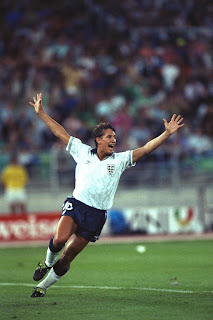 I take a peek at the bar area. It has a bit of a works canteen feel to it. Tables and chairs are in-line. There’s a food and drink hatch, but it’s the vast trophy cabinet fitted high up on the wall that catches the eye.

I take my position to the right of the nearest goal that the tangerine-shirted Rothley will attack. I strike up a conversation with two gentlemen. One is called Alan; the other is named ‘Cat.’ They’ve been following Aylestone home and away for 26years.

The ground only has three railed-off sides accessible to the supporter. Behind the solitary stand are poplar trees, which hide the neighbouring Samworth Enterprise Academy. The side where the dugouts are situated are out-of-bounds. A Respect sign is firmly planted in the ground denying access.

The game is rushed and hurried in the opening 20 minutes. The ball, as ‘Cat’ quite rightly puts it, is a ‘hot potato.’ Aylestone open the scoring after a Rothley defender over-hits a back pass past a stranded ‘keeper, who resembles QPR stopper Paddy Kenny. 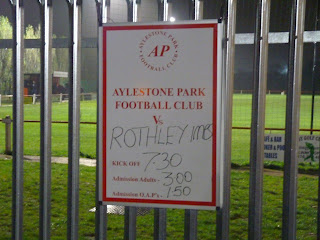 Rothley are soon on level terms from the penalty spot, following a blatant push from a corner. On the stroke on half-time Aylestone regain the lead with ‘Gilly’ stabbing home a rebound after ‘Paddy’ could only parry a cross-shot.

I give the Clubhouse the swerve at the break and carry on chatting to Alan, ‘Cat’ and ‘Dog’ who is the Club Chairman. Alan enquires whether I’m retired. “Bloody hell pal, I’m only 47”, I reply.

There’s a game-changing moment early in the second period when ‘Oggy’ the Rothley Number 6 is red-carded in mysterious circumstances. He doesn’t take kindly to his dismissal, calling the official a ‘knob’ and a ‘twat’ en-route to the changing room.

Aylestone make it 3-1 from the penalty spot following a swallow dive by their forward. Ten men Rothley find some energy from within. They see an effort crash off the bar and are awarded a penalty themselves following a shove in the box. The penalty is saved but the rebound is smashed into the roof of the net by the Rothley 10 jacket.

The fourth penalty of the night is awarded during the dying embers of the game. Gary Seal, who is due to be married on Saturday scores his second goal of the evening.

Man of the Match: ‘Neaty’ Aylestone No.5

I am really sorry about your mother passing away and I hope that you can figure it out.

Wow, this paragraph is good, my younger sister is analyzing these kinds of
things, thus I am going to let know her.

This design is wicked! You obviously know how to keep a reader entertained.
Between your wit and your videos, I was almost moved to start my own blog (well, almost.
..HaHa!) Great job. I really enjoyed what you had to say, and more than
that, how you presented it. Too cool!

I was recommended this web site by my cousin. I
am not sure whether this post is written by him as nobody else know such detailed
about my difficulty. You're amazing! Thanks!

We are a bunch of volunteers and starting a new scheme in our
community. Your web site provided us with valuable info to work on.
You've performed a formidable process and our entire group will probably be grateful to you.

Here is my web page; provillus

Hey! This post couldn't be written any better! Reading this post reminds me of my previous room mate! He always kept chatting about this. I will forward this post to him. Fairly certain he will have a good read. Many thanks for sharing!