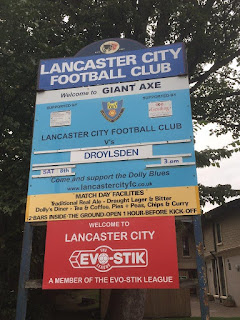 What a wonderful day out we have had at Harworth Colliery. Honest, lovely, kind genuine people we met up there. We drop in for a quick drinky poo at the World's End, a Marston pub in the village of Lowdham, before settling in for the night.

Sunday morning's sky is blue-painted and sun-kissed. We stroll down the banks of the River Trent, past The City Ground, before taking a left turn down the Radcliffe Road, with Trent Bridge cricket ground to our right. We soak up the rays on wooden benches outside the Larwood and Voce Pub and Kitchen - a 'Best Sunday Roast in the UK' winner in 2015. Lunch lives up to expectations - we'll give them a good write-up on Trip Advisor, despite an unsupervised 4-year-old Darcy (obviously from West Bridgford) tearing around the restaurant, with her Liberal-voting Mum oblivious to it all.

We tune into BBC2's 'Savile' on Sunday evening. British documentary filmmaker Louis Theroux is on some sort of guilt trip as he retraces his steps of a fly-on-the-wall docu with serial sex offender Jimmy Savile in 2002. The witness interviews are harrowing and haunting - Ms Moon is in floods of tears. 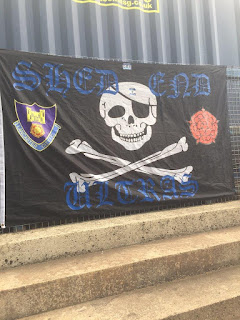 There's not much doing during the week. I spend the night on Monday at a Premier Inn adjacent to Stansted Airport. The following day I race around Suffolk and Cambridgeshire visiting clients. I'm dog tired on my return to HQ and unable to crank myself up for my midweek football fix.

I noticed the Nottingham Post tag me in on some photos they've published on their Twitter account about the county's craziest pets. One is of Murphy Palmer the budgie, who was listening to the final day's play in an exciting finish to cricket's County Championship.

I begin the weekend by sinking a couple of pints of Oompah from the Greene King Brewery in the Starting Gate in Colwick, as Ms Moon nurses a pint of Strongbow cider. We see the night out with the usual, intense battle of BBC's Pointless game show. I scroll down my Twitter timeline before bedtime and notice that little old Dunkirk FC have dumped Lincoln City out of the FA Youth Cup at Sincil Bank 5-4. That's embarrassing for the Imps. 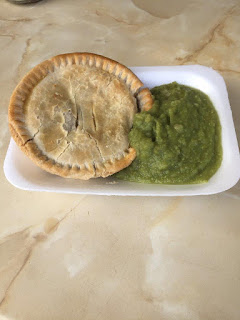 We're up and at 'em early doors on Saturday morning. I wash a few pots up and iron a few shirts with Murphy perched on my shoulder whistling Reflections by Diana Ross and the Supremes - I daren't tell my little lad he's woefully out of tune, as he might stick the beak in.

We're returning to Lancaster, the reviews of the Giant Axe Stadium have sucked us in. The Sun Hotel and Inn on Church Street in the town is a hidden northern gem, with ten real ales on offer. There's a stroke of luck as Ms Moon pulls into the Charnock Richard services off the M6 - Graham Norton is playing the intro to Robbie Williams new single 'Party Like a Russian' - it's limped into the midweek chart at No.53 - help is available to you all who have downloaded it.

Lancaster is gridlocked with traffic, Ms Moon somehow chances upon a spot in the St Nicholas Arcades car park. We wander around the town admiring the Georgian architecture. I'm drooling over a greasy £1.30 sausage roll at a local bakery as Ms Moon tries to bag a jumper in Next. We're reunited outside the changing room as Next FM plays 'My Star' by Ian Brown - what a cool track. 'Mooney' tries on more outfits than Naomi Campbell. I would have bought a copy of the Big Issue off a lady selling them in the street, but it had a photo of Craig David on the front cover. 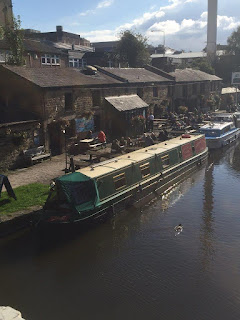 We sling Ms Moon's courtesy car ( no sign of the injured Audi) into B&Q, before wandering over the road, crossing a bridge and entering the Water Witch a canalside Good Pub Guide entry. The place is bustling with folk, with a 45 minute wait for food - we'll grab a pie at the ground later. I have the pint of the season - 'Off the Wall' from the York Brewery - I daren't have two or I might be giving the assistant referee some grief for a dodgy offside decision.

Lancaster is the city and county town of Lancashire with a population of just under 50,000. It's situated on the River Lune and has a strong real ale scene which we'll discover this evening. Former Blackburn Rovers and Southampton striker James Beattie was born in the town. So was singer John Waite who had a worldwide hit 'Missing You' in the 80s. 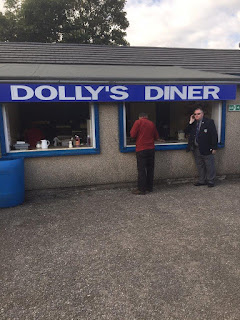 It's £8 a piece on the gate and £2 for an information-packed programme. Great question: First 'keeper from outside the UK to play over 500 games in the Premiership ? The ground is to die for. I've seen so many photos from respected photographers Onion Bag and David Bauckham. There are two bars on either side of the ground serving real ale. We drop into Dolly's Diner for pie 'n peas and snap up a couple of raffle tickets for the £40 draw. The music from the PA is random, ranging from Emeli Sande to Mott the Hoople. Sticky Palms is reduced to tears when a Little Mix single is played - poor old Murphy is missing out on this potential Mercury award-winning toon.

Droylsden are experiencing a miserable run without wins, Lancaster, on the other hand, are 'on the up' but without their big cheese Jordan Connerton, who has 'a slight knock.' The Bloods from Manchester look menacing before the hosts take the lead on the counterattack with Jacob Gregory keeping his cool having hoodwinked the full back to put Lancaster 1-0 up on five minutes. 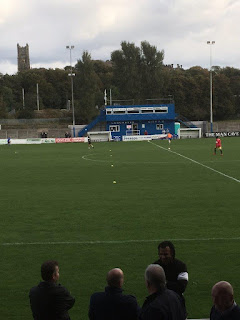 There's always an undercurrent to the game, which finally boils over when Droylsden's Ryan Winder is shown a straight 'Red' after an off-the-ball incident. Droylsden rally with 10 men and continue to look the better team, playing out from the back with the excellent Dominic Rouse - Lancaster prefer to get the ball forward early.

The visitors bitch and moan to one another. The ball isn't sticking up top. Their number 10 whinges and complains - he couldn't trap a beach ball in a telephone box. Droylsden are a constant threat from corners, so it's no surprise that their equaliser comes from the head of giant defender Josh Heaton. I get chatting to a former director of Lancaster at the break who tells me they were a tad unfortunate to bow out of the FA Cup to Conference North team Kidderminster Harriers last week. 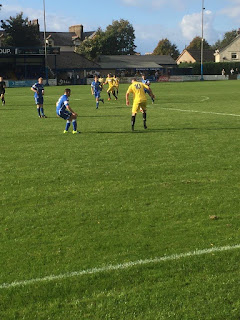 The second half is a turgid affair, with neither 'keeper troubled. Droylsden are seeing out the game, happy to replay this FA Trophy tie, with £2,600 going to the winners. The Bloods make their final substitution at the fag end of the game. Their No.7, a black lad, is dragging his heels as he traipses off the pitch. A voice behind shouts out: "Hurry up, you've got a boat to catch." I repeat the words over and over again. The sense of rage that rises within is hard to control. I have dealt with this scenario twice at Sincil Bank, once in the most intimidating of circumstances. Ms Moon is visibly distressed.

We exit the ground in silence. Four blokes are stood behind us, one is smirking, but we have no proof. It takes all the enjoyment away from a beautiful experience and fantastic Club.

NB: I contact Lancaster City FC to complain, they ask for a 'brief description' of the details. I await their response.

Man of the Match: Dominic Rouse

A veritable epic trek. My brother and I once drove from Pontypridd to East Fife to see the Forfar Thing - needless to say it was 1-0 and the worst game either of us had seen or played in over forty years. It took about three days, driving though blizzards, to get back to civilization. And then we had to drive back to Wales!