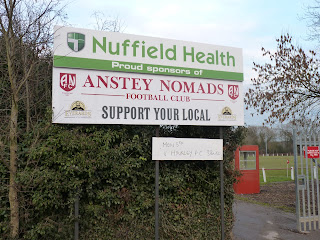 It’s the 17th September 1999. I’m sat in the Jongleurs Comedy Club by the Canal Side in Nottingham. A large group of us are out celebrating Mrs P’s 30th birthday. The good lady waves away a waiter, who is offering her a food menu. She’s on a mission tonight to have a few bevies, and why not, you’re only 30 once.

A comedian is on stage. I haven’t laughed once, and neither has Mrs P or her buddies. We’re only an hour into the evening and already they have demolished three bottles of wine. They start to heckle the comedian. Bloody hell, I really wish she’d opted for chicken and chips in a basket, to line her stomach.

I glance over towards their table. It’s absolute carnage, total car crash material. Trumpy Bolton has less empties in his garage. 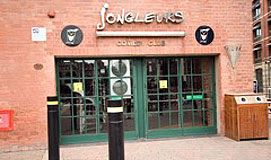 I order a Coke (the drink, not the white powder), it’s going to be a long night. We can’t get the good lady off the dance floor. She’s bumping into folk and dancing outrageously. You can’t drink wine like water, readers.

The inevitable dash to the toilet (stagger) occurs well before time added on. I’m stood near the bar; stone cold sober, plotting how I can convince a taxi driver to take us home. I feel a tap on my shoulder; it’s a Jongleurs security guard.

“Your name Nick?” “Yeah” I reply. “I’m sorry sir, but your wife has been ill in the corridor, we’ve had to ask her to leave the premises.” 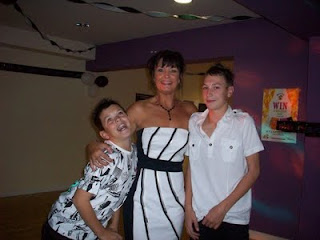 I slip a taxi driver £25 in an attempt to get us both home. “Drive steady mate and keep an eye out for any potholes”, I advise him, as Mrs P falls into a coma on the back seat. We negotiate a couple of pit stops at Trent Bridge and Edwalton. There’s a gush of wind as all four windows are wound down.

We arrive home safely. As I said to Mrs Palmer the following morning, as she crammed her mouth full of paracetamol: “You were a good act, but on far too long.” 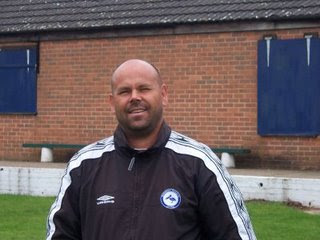 BPFC have joined the newly-formed Central Midlands Division One South League. I miss Big Glenn’s pissed-up rants after a Saturday night bender, on what was once known as the World’s best message board (NSL Forum).

Swifty is full of beans. He had his photo taken with the FA Cup the other week, to complete the full set. He makes me a tea ‘on the house.’ His first effort is piss poor and is left to stew in a polystyrene cup on the bar. His re-brew is presented in a ceramic mug, but I refuse to mark it out of ten as it wasn’t made in a pot.

I head off home and find Mrs P halfway up a tree on an unsteady ladder. I act the perfect gentleman and lean against the ladder, whilst making a few phones calls, as Mrs P chops and saws. 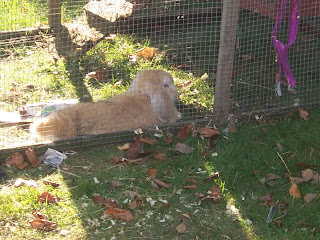 Finley Palmer, Keyworth’s Number One rabbit, beckons me over to his cage. The little monkey has ripped up all his newspaper bedding up and back-heeled all his sawdust into his living quarters. He gets a proper bollocking off Groundhopper, the scruffy little sod. He says he prefers the Non League Paper to sleep on, rather than the Nottingham Topper.

I enter the garage. It’s time for my Sunday constitutional. I pull a can of Stella from out of the bottom rack of the fridge. I flick on the excellent John Murray, who is commentating at QPR’s Loftus Road. Boring hell, Alex McLeish’s Aston Villa are in London town. ‘Super Sunday?’ More like ‘Super Snooze Day.’

It’s Tuesday afternoon, the day of the game. ‘Shifty Edwards’ and ‘Sticky’ are listening to the latest offering from music producer ‘Lack of Afro.’ We discuss rumours of cuts to BBC Local Radio sport. I mention that I’d be gutted if veteran radio commentator Colin Slater was a victim of the cuts. Shifty quotes a line from a James Brown song: “Talking Aloud and Saying Nothing.” He’s not a big fan of ‘Uncle Colin.’ 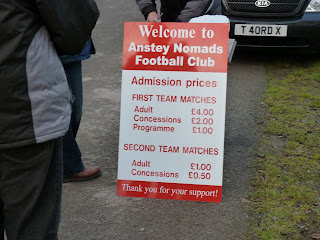 Rammers picks me up in The Fairway public house car park. We haven’t seen one another in ages. He’s coached in the USA for most of the summer and is currently manager of Shepshed Dynamo.

We drive through Barrow upon-Soar and Cropston. We came to a game at Nomads back in January of this year. It’s a neat and tidy set-up. It’s £4 each on the gate and £1 for a programme, which is a fair effort. Tonight is a Leicestershire Senior Cup tie.

Rammers blags a team sheet from an Anstey official. I have a browse around the Clubhouse. I notice a memorial plaque hung up in the corner of the room. It’s in memory of two players who lost their lives during the Second World War. A small boy shuffles on the sofa, furiously pressing buttons on his Nintendo DS. 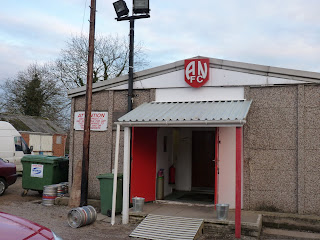 Anstey is a village north west of Leicester, with a population of 6000 people. It is known as the Gateway to Charnwood Forest. Whilst developing a site for the new Co-op store in 2002 remains were found, which according to archaeologists dated back to the 12th Century (that one’s for you Swifty).

Ned Ludd, from whom the industrial revolutionists The Luddites took their name from, was born in the village. In 1779 in a ‘fit of passion’ he smashed up two knitting frames.

The players seem relaxed. Rammers notices there is acres of space not being closed down. Bardon Hill play the football, but have no cutting edge. Their forwards lack desire and look lethargic.

Anstey take the lead on 14 minutes with young Wes York drilling a shot home from 20 yards. The visitors restore parity with a Karl Demidh penalty, following pushing or shirt-pulling. 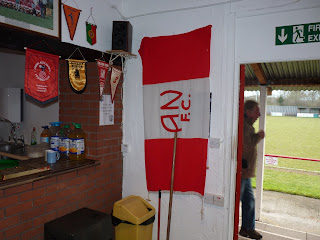 There are about 20 teenage boys and girls stood adjacent to us, quietly socialising. There no bother, maybe the lads form part of the under 18 side. The lads play it cool as the girls surround them like bees round a honey pot.

It’s all square at the break. My phone suddenly goes off. Trumpy Bolton’s name lights up on the console. He’s roaring down the phone like ‘The Banker’ off Deal or No Deal (Mrs P’s fave programme). The Clarets of Burnley are giving the Tricky Trees of Nottingham a good tonking. Trumpy is loving it.

We firm up a few details of our forthcoming trip to Hyde. We pencil a few dates in for Ashton Town and Louth Town.

Anstey push on in the second period and look the likely winner. Darren Taylor has been unlucky with two previous efforts but is more fortunate with his third. He seizes upon a ball over the top and finishes with aplomb. He celebrates in style sliding towards the corner flag. 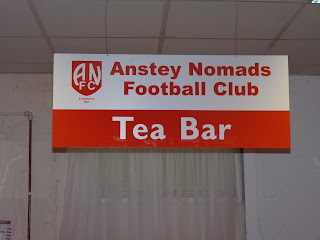 It says in the programme mini profiles that he scores important goals at important times. The one tonight could be worth a few bob.

At the back of the far goal two blokes are fishing a ball out of the river with a net. It must have been another effort gone skew-wiff from Bardon Hill as their front men continue to misfire.

Both teams hit the crossbar as the entertainment value increases. On 80 minutes there’s the sickening noise of burning rubber on tarmac as two cars collide on the nearby Cropston Road. The ‘Anstey Baby Squad’ sprint to the entrance to discover two cars written off in a road traffic accident. Thankfully nobody is injured.

The final whistle goes, Anstey deserve their victory. We celebrate in style with two pints of Everards, well actually Rammers had a pint of Pride of Pendle from Burnley, (no pun intended Forest fans), in the Soar Bridge Inn in Barrow upon-Soar.

Man of the Match: Bardon Hill ‘keeper.
Posted by Sticky at 12:04 PM

Pint of everades my arse! You struggle with 1/2 a coke at the white horse.

Pint of everades my arse! You struggle with 1/2 a coke at the white horse.