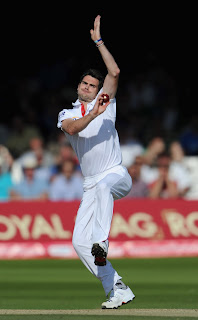 It’s Saturday tea-time and I’m flopped out on the sofa watching the full-time scores rolling in. I’m still sulking about witnessing my first 0-0 in over 40 games at Hinckley United the other evening, when suddenly there is a huge commotion in the ‘Soccer Saturday’ studio.

“Can you believe it, says Sky’s resident ‘Monkey Hanger’, Jeff Stelling. “The Knitters of Hinckley have come back from 4-0 down to draw 5-5 against Stalybridge Celtic in the Blue Square Conference North” No, I can’t believe it Geoff; they couldn’t hit a cow’s arse with a banjo when I was a visitor the other evening.

I notice a tweet from Chappers asking fans to ring in 606 on Five Live if they’ve been to the Hinckley v Stalybridge game. I send him a tweet telling him about the 0-0 I saw against Luton Town in the FA Trophy. He gives me a shout out and sympathises with my plight. He also interviews the Hinckley manager Dean Thomas and a Stalybridge Celtic supporter. It’s great to see the BBC promoting the non league scene and not just pouring all their resource into the big-time Charlies of the Barclays Premiership. 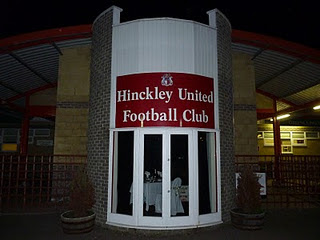 In five days time I will be 48 years of age. Mrs P asks me to write a birthday list. I hand her a piece of paper over with the word ‘BUDGIE’ scrawled onto it. It’s scrunched up and tossed away into the bin. “Try again”, I try again and write ‘BUDGIE CAGE.’ It’s met with the same response.

Perhaps ‘The Reaper’ will come up trumps. I want an inner-city bred budgie, (hard as nails) green and canary coloured. He will be named Murphy, after the legendary eye-blinking former Lincoln City manager, Colin Murphy. I’m going to train him to whistle every single crap soap opera Mrs P watches – it’s a tall order for the little fella, I know.

It’s Tuesday morning, the day of the Forest v Burnley game. I’m scrolling through my timeline on Twitter, when I notice former Evening Post journalist Ian Edwards has suggested teenage scoring sensation Patrick Bamford was not on a list of players recommended to former Steve McClaren as being of first team potential. 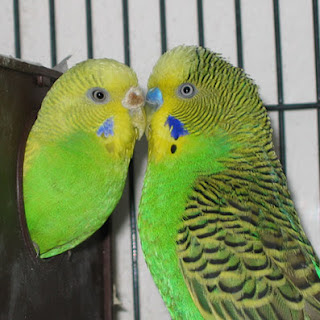 A bidding war has broken out with some top Premiership sides fighting for the services of the Newark born 18 year old. He has scored nine goals in his last two FA Youth Cup outings. His hat-trick goal at Southampton would have graced any game at the top level. He reminds me a bit of former Cammell Laird striker Peter Davenport. I hope he starts tonight.

I’m back working in our Production department. Foolishly, I brought in my digital radio to break up the monotony of listening to the entire back catalogue on the NOW CDs 1-80. Fearne Cotton and Bromley-born singer Pixie Lott are gassing like a couple of old women on Radio One. It’s like a version of ‘Junior Loose Women.’

Lunch comes as light relief. I do my homework on Burnley FC, whilst ‘The Reaper’ knocks up a liquid refreshment tea-time itinerary for us at the Vat and Fiddle and the News House on Canal Street in Nottingham. 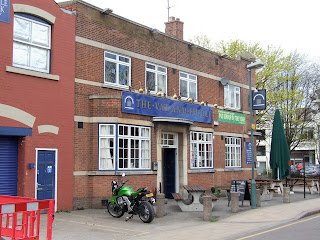 ‘Gormhead’ drops us off at Nottingham Train Station. We make the short walk across Arkwright Street to the Castle Rock owned Vat and Fiddle. It’s a 1930s rebuild of a Victorian ‘local.’ The Reaper has a pint of ‘Urban Fox,’ Sticky Palms samples a ‘Haggis Hunter.’ We follow it up with a couple of pints of ‘Robin Hood.’ It washes down the pork stew and Thai fishcakes we have for tea.

I’m absolutely stuffed as we fight our way through the Nottingham rush-hour traffic, finally barging our way through the double doors of the News House on Canal Street. It’s as dead as a doh doh except for three old codgers, who are a source of brilliant entertainment. One guy reminds me of ‘Tommy’ off the BBC2 situation comedy ‘Early Doors.’ He repeats himself all the time. He can’t fathom out how Arsenal and Chelsea have been tracking youth team stars Jamal Lascelles and Patrick Bamford, when they haven’t ever played for the first team.

One thing’s for sure though, these old guys must have cast-iron bladders compared to The Groundhopper, who makes a world record bid for most visits to a toilet in under half an hour. 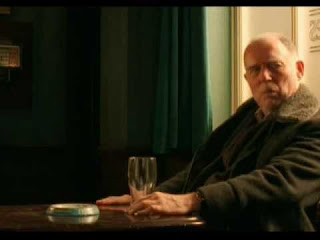 It’s bitterly cold as we head up London Road to The City Ground. It’s £10 to sit in all areas this evening. Burnley have sold out their ticket allocation. It’s a proper football club, which is well run. I remember visiting Turf Moor back in 1992 when the Clarets were entertaining Rotherham in the second round of the FA Cup. Graham Lancashire scored a late winner that day, after the Millers’ Shaun Goater had equalised. I think we had a gallon before the match.

Burnley is a market town in north Lancashire with a population of over 70,000. It was once one of the world’s biggest cotton producers and also a major centre for engineering. 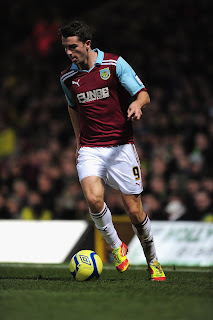 Burnley FC were formed in 1882 and were a founder member of the Football League. In 1961 The Clarets reached the quarter final of the European Cup. Well known former managers include: John Bond, Adrian Heath, Chris Waddle, Stan Ternent, Owen Coyle, Steve Cotterill and Brian Laws. Record transfer laid out and received is for the same player, Steven Fletcher, now of Wolves, who came from Hibernian. The Clarets doubled their money on him in less than a year.

The teams are carrying out the ‘Respect’ handshakes as we upset half the Main Stand by staggering down the wrong aisle and shuffling along the incorrect row. We are in the notorious ‘A’ Block in the over 21 section. Neither of us was asked for ID. 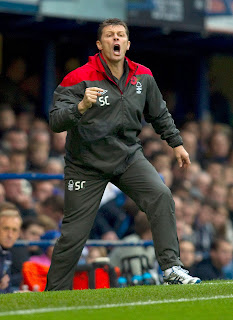 There’s only a couple of minutes gone, I’m admiring the Burnley faithful who are situated in the Lower Bridgford End, when a ball is whipped in from the Burnley right by former Manchester City trainee Kieran Trippier, leading scorer Jay Rodriguez leaps like a salmon to head the ball into the top corner of the net.

Oh dear, the last thing you want to happen, when you can’t hit the onion bag, is to concede an early goal. Burnley’s young manager, Eddie Howe, stays remarkably cool. He leaves his assistant Jason Tindall to direct the traffic.

Forest are short on confidence and so are the crowd. They seem resigned to defeat already. Apart from the amusing “we’re all over them” from a wag near to me after 15 seconds of play, there’s been very little to chuckle about. 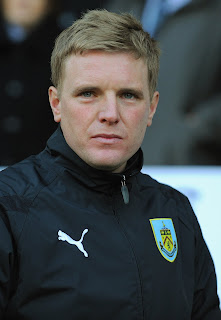 The Tricky Trees respond with half chances for Anderson, Moussi and on loan Wolves’ midfielder Adiene Guedioura. There’s a game-changing moment on the half hour. Keith Treacy, a player who tormented Forest on his last visit to The City Ground for Preston North End, is replaced by former Celtic winger Ross Wallace.

The half-time scores are flashing up on the scoreboard. I’ve got a Notts County beanie hat on inside out, although most NFFC fans are affable about the Pies. Lee Hughes has put them a goal to the good at Walsall’s Bescot Stadium.

The best DJ in professional football doesn’t disappoint at the break. The lyrics to Daniel Merryweather’s ‘Stop Me’ seem so apt for the former European Cup winners.

I’ve somehow managed to swap seats with ‘The Reaper’ and now find myself next to a bit of a fruit cake. He’s brought his missus with him. She’s a dead ringer for Kat Moon (nee Slater) off EastEnders. 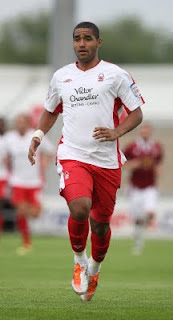 He makes amends moments later. The impressive Wallace has been tormenting young Brendan Moloney, he gives him the slip and plays in Trippier, who whips another cross in that is met once again by Rodriguez to bury his 16th goal of the season. ‘Alfie and ‘Cat’ immediately head for the exit.

Lewis McGugan has thrown the towel in. He’s pouting and sulking. His corners are casually taken. He hasn’t the stomach for a fight. He storms down the tunnel following a double substitution by former Burnley manager Cotterill.

‘A’ Block rediscover their gallows humour: “We want our tenner back” and “Do you want Cotterill back?” echo around the Main Stand.

The Tricky Trees play higher up the pitch with the introduction of Blackstock and Tudgay, but it’s The Clarets of Burnley who are the worthy winners.

Howe, the players and coaching team salute the superb away following. They, at least, look as one.

Man of the Match: Ross Wallace

Dear SP,
"Doh doh"??? Did you mean duh duh, the beginning of the Emerdale theme, or did you mean Dodo, the extinct bird?

That's a good spot for 1.30am. Cheers Homer Simpson

I have a budgie you can have Sticky.
Problem is he's got no teeth. He's
bound to suck seed !

It is quite impressive that they could recover from a 4-0 to 5-5 it is something almost impossible.