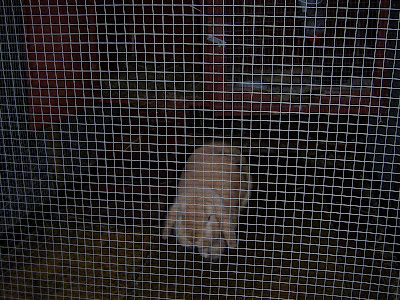 There’s certainly not room for two in our rabbit’s hutch; I can vouch for that after Saturday evening’s events. Finley snored for most of the night and he had more of the blanket than me. I didn’t think much to breakfast either; those bloomin pellets aint half hard to swallow. I will probably get a solitary carrot for Sunday lunch. I didn’t dare ask Mrs P whether they won the jackpot on Family Fortunes.

I am in the doghouse for arriving home late from groundhopping duties at Glossop North End. I don’t really care as ‘The Hillmen’ played a beautiful game on a gluepot of a pitch. I notice that they have rearranged fixtures at both Alsager and Congleton; I hope to be at both. 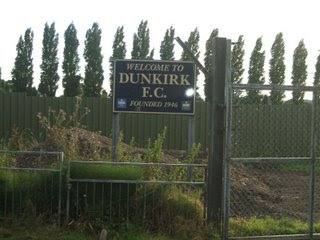 There doesn’t seem much point in mooching about the house (hutch) this morning, as I’m getting the Sunday silent treatment. I head off down ‘The Academy’ to watch Leicester City soundly beat “our” Under 14s. I like ‘The Foxes’, they are a steady, family orientated club. I’ve fond memories of trips away with Coops and Trumpy Bolton during Brian Little’s reign at the club.

‘The Skipper’ has an indoor cricket league game at Bingham this afternoon. I’m ducking and diving out the way of Mrs P and volunteer to head off up the A46. I drop him off at Bingham Leisure Centre and sneak off to The Horse and Plough for a pint of Batemans. The pub is bustling, but I spot a small table in the corner, and a single chair. I take a pew and pen the Glossop BLOG. 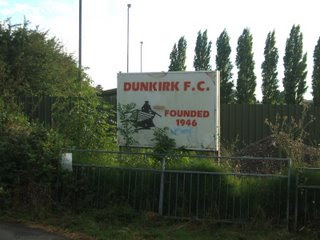 I return to watch ‘The Skipper’ in action for the final hour. His team are playing a smug-looking outfit from Radcliffe-on-Trent; they attract all the best players south of the river. They are cricket’s version of AFC Vernon (a top boys’ football club in inner city Nottingham.) Joe runs out their star batsman without him facing a ball; it’s made his day.

Tuesday evening is spent, coincidentally, in Radcliffe-on-Trent. Sticky junior’s team, somewhat bizarrely, have to train there, despite having similar facilities in our village. I’m not complaining though, as it gives me the chance to sample a real ale or two at The Horse Chestnut, on the Main Road.

Games locally are a little bit thin on the ground tonight; it’s either Dunkirk or Gedling Town. We choose the former ,as it’s a wee bit closer to home. 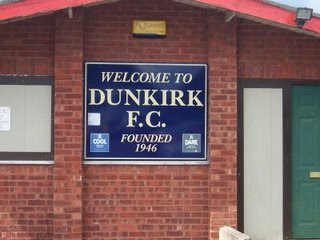 It’s slinging it down with rain as I drive round to The Taxman’s crib. I hand over some Family Tax Credit literature, via Mrs P, for him to give the once over. Mrs P reckons a Mr G Brown is taking the piss.

It’s a short ten minute drive down the A52 Nottingham ring road. The ground is on Lenton Lane, close to Boots and the Players’ cigarette factory. Ooh John Player Blue, those were the days. Also on the same stretch of this narrow lane are Bilborough Pelican, Greenwood Meadows and the Michelin star restaurant, Sat Bains.

The car park is chock-a-bloc. Car crime is rife down this dimly lit area, but thankfully there is security on the gate. 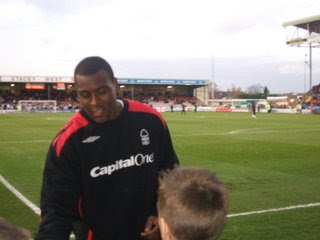 It’s still teeming it down with rain so we head straight for the bar. The Taxman queues for a cup of char. I don’t enquire whether it was poured from the pot; I doubt it though, and mark it with a 6 out of 10. I know my marks are so harsh these days.

Coronation Street is on the TV set in the corner of the bar. Mrs P and ‘The Skipper’ will be tuning into it back home, watching this gritty, enthralling, northern soap opera ( ... cue Harry Hill big yawn.) Boring builder Bill Webster is bleating about some Manc scallywag who has arf-inched some lead piping from the yard. Erm .... I wonder who’s committed that crime readers? Perhaps producers will call in Belgian sleuth Hercules Poirot to crack the case. Thankfully, the players are coming out the changing room.

Dunkirk FC were formed in 1946 and are called The Boatmen. They play their home games by the banks of the River Trent. Nottingham Forest muscleman, the vastly underrated Wesley Morgan, used to ply his trade here, as did former Notts County winger Jake Sheridan. 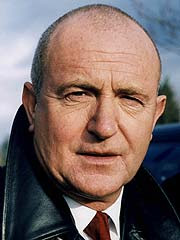 Borrowash is on the outskirts of D***y. The club were first formed in 1911. They currently top the table of East Midlands Counties League.

I am a bit of a Jonah when it comes to watching The Boatman. Looking back at two years of groundhopping I have watched them five times and they have lost the lot.

The pitch looks heavy and is bound to cut up. Dunkirk play with two wide men called Theo Smith and Adey Bascombe. They have electric pace which we probably won’t see tonight because of the heavy surface.

Borrowash quickly find their rhythm and produce a crisp passing game. I saw them a year ago at their Asterbowl ground, but tonight they are unrecognisable from that abject performance. The shaven headed number six in centre midfield is already calling all the shots. Their front pairing of Spencer and North have rattled in 32 goals this season. 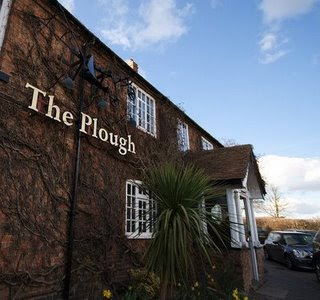 They take a quick throw in on our side of the pitch after 15 minutes, the ball falls to Tom Leighton on the edge of the box, he takes a swing at the ball with his left foot, which Dunkirk ‘keeper Wheater-Lowe can only help into the net.

It’s not long before they are two up. With their confidence rising by the minute, a measured cross comes in from the right, giant striker Channon North miscues a header which fortuitously falls to the left footed Jamie Pawley who drives the ball home, leaving Wheater-Lowe with little chance.

Dunkirk play too narrow, their balls forward are aimless. They need to get their clever striker Aaron Brady involved.

On thirty five minutes the visitors take a short corner and make a complete hash of it, Theo Smith is lurking 80 metres from goal, he picks the ball up and drives forward , splashing through the mud and standing water, he leaves a trail of players in his wake, his finish is emphatic; Dunkirk are back in the game. 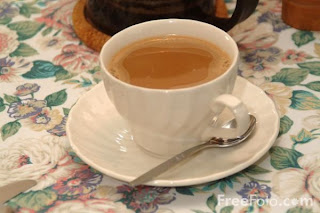 We’re back in the clubhouse at the break. We’re all staring at the television again. Detective Chief Inspector Jack Meadows from TV’s The Bill is scratching his head at another unsolved crime for Sun Hill Police Station to deal with: whilst you are at Jack can you find out who nicked Bill Webster’s lead piping?

Dunkirk are on the ascendancy and play with spirit in the second period. Brady is excellent on the ball and brings others into the game. They start to create chances. The Borrowash ‘keeper comes flying off his line, with Dunkirk winger Adey Bascombe through on goal, he rounds him, but can only find the side netting from a tight angle, with an empty goal gaping.

In the dying moments, with persistent rain still falling from the skies, Pawley spots Darren Wheater-Lowe off his line, he’s over 40 metres from goal, he hits a nonchalant, curling shot over a despairing Wheater-Lowe, into an empty net. He’s mobbed by his teammates.

It’s harsh on The Boatmen who have given their all in the second half. Centre half Dwayne Soar has been outstanding for them in the heart of the defence.

It’s back to the Normanton Plough for a pint of Jennings Bitter. We meet up with a bigwig from the Referees’ Association. We tell him how good tonight’s ref Stuart Boswell has been. He had the game in his pocket and allowed for the conditions. He’s contributed towards another excellent night out. Now where’s that lead piping?

Man of the Match: The two Borrowash centre-halves.

You should really visit another Borrowash game mate, we have a massive following!!