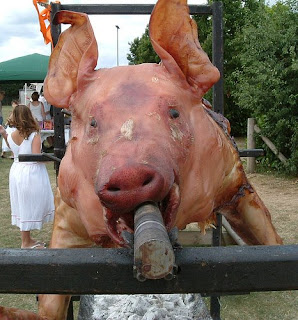 Sticky junior has been spending a fair amount of time on the upstairs computer. Puberty is lurking around the corner. I’ve been keeping my beady eye on him and have noticed the door is firmly closed. He‘s down the skate park, so I decide to sneak in and see what he’s downloaded recently. I am appalled. You try and steer your children in the right direction. Teach them what’s right and wrong.

I shout Mrs P to come to the computer room. She’s also upset with what I’ve found. “Don’t cry love” says The Groundhopper, “I’ll deal with it.” I’ve a sick feeling rising from my stomach. I ring him up. He’s told to get his skates on and report back to HQ. How could he do this? What was he thinking? What if the Press find out or the Keyworth News? 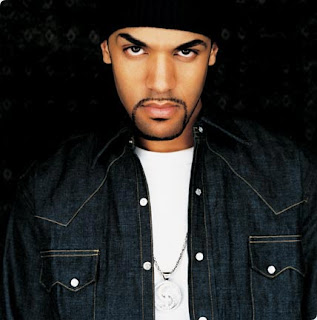 I present the evidence to him. He goes as white as a sheet. “It’s a fair cop Dad; I’ll take it on the chin.” He’s left in no uncertain terms, that if I ever find Craig David’s Greatest Hits again on my I-Tunes library, that’ll kick him out the house for good.

Sticky junior was as happy as Larry last Saturday, on his excursion to Meadow Lane. He’d spotted Mr Eriksson climbing the stairs towards his comfy, leather seat. Junior noticed there were two spare seats directly in front of Sven’s. He quickly dived into them. Sven signed his programme and posed for a photograph, what a gentleman. 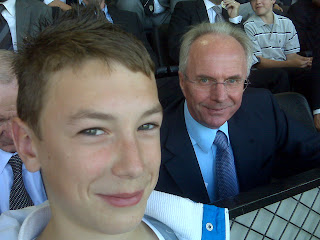 We’re winding down for our break in Majorca. This week has been a quiet one. Both cricket matches have been cancelled due to the inclement weather. Apart from a meeting at Notts County, the highlight, of course, has been the return of the light entertainment comedy programme New Tricks. Unfortunately Mrs P does not share the same passion for it. It’s not my fault I’ve got a soft spot for Amanda Redman.

It’s Thursday night 11pm we’re all fast asleep. Sticky junior is on a sleepover at Sizzers’ house. He prank phone calls me and wakes the whole house up. I’m fuming. I threaten to enrol him in the Craig David Fan Club as a Christmas present if he does it again. Karma kicks in quickly the next day when he jumps on the wrong bus in town and ends up in Ilkeston.He wasn’t amused when I asked him if he popped into the New Manor Ground. 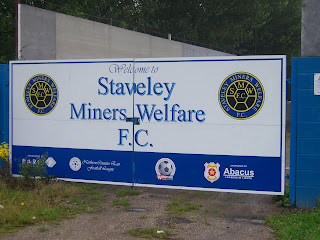 We’ve a works do on Friday night; I like to show willing and attend these events. Sales have organised it; they must have had a profitable month. As companies go we are tight-knit. I should be in a good mood, but I’m desperately tired, as I’ve been awake since 4am. I make the effort.

The meeting point is the Fire n’ Ice bar on Bridgford Road. The Groundhopper doesn’t rate it. He fell out with Mrs P in here a few weeks ago when the good lady had too many sherbets. It’s full of fakes and pretenders.

I show my face. I’m not feeling it, but still manage to down four San Miguel in preparation for my holiday in Majorca. People drink bottles of Corona with a slice of lime hanging from the bottle. Dear oh dear oh me. I chat with Barthez before slipping away, as the going gets tough. 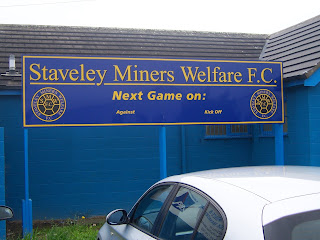 It’s Saturday 1st August. Frank Palmer (my dad) would have been 76 today. Maybe that is why I have been so miserable lately. I go to the cemetery to lay some flowers. I feel all the tension in my body drain away. It’s good for my soul.

Terry Damms, the Staveley MW chairman, has kindly invited White Van Man and The Groundhopper up north as his guests today. It’s a great touch. I saw his team batter Borrowash Victoria 18 months ago. Terry’s lad, Ryan, had a great game that day, but Sticky Palms fell in love with his partner Lee Gregory.

Last season Terry’s principles of investing in youth paid off with Staveley finishing a creditable 8th in the Northern Counties East League Division One. Ryan Damms top-scored with 22 League goals. 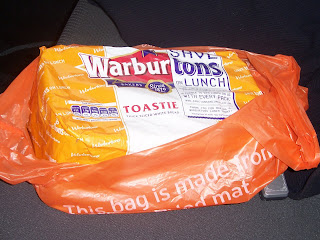 It’s been raining heavily all morning. The Groundhopper is anxious the game might be off. I phone Terry who puts my mind at rest. He says the playing surface is as good as Wembley.

Grantham Town captain Ian Screaton picks me up at 1.30pm. White Van Man is his wing man. I plonk myself on the back seat next to a loaf of Warburtons bread – it’s an emergency ration for WVM in case there’s a traffic jam on the motorway.

We’re both taking the rise out of Screats. He’s only 25 years old but has had more clubs than WVM has had hog roasts – Keyworth Utd, Notts County, Loughborough Dynamo, Arnold Town, Hednesford Town, Lincoln United, Eastwood Town, Shepshed Dynamo and Grantham Town. I tell you what readers I got tired just typing them all out. 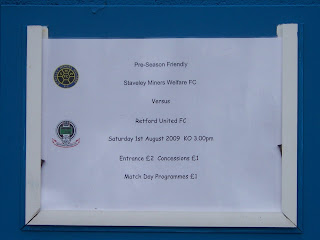 White Van Man is on top form. He has a wedding reception at the Priest House in Castle Donington tonight. There's a hog roast on. He roaring his head off at the thought of a couple of pork cobs for his supper.

The weather is miserable on the motorway but is clearing up as we pass the old Arkwright Colliery and swing into Inkersall Road car park. Those cheeky wind-up scamsters play around with my new Dictaphone whilst I whizz around the area taking photos.

Staveley is in the borough of Chesterfield in Derbyshire and lies on the River Rother. It has a population of just under 17,000. It’s famous for its mining, foundries and chemical works. Rock and roll guitarist Chris Spedding was born in the town. 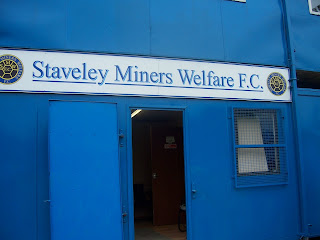 Ernie the gateman lets us in. I buy a programme for £1. It's quality. The ground is mighty impressive as is the playing surface. Redevelopment work is in place to satisfy ground grading inspectors should the situation arise that they have to apply for promotion to the Unibond level in a few years time.

I notice a Land Rover parked in the corner of the ground. It has a number plate beginning OWL. That’ll be Terry’s then, he’s a big Sheff Wed fan. Terry Damms introduces himself and invites us upstairs for a drink and a chat. It’s a Strongbow for Sticky, a Guinness for Screats and a Coke for WVM. Cheers Terry. The chairman seems in a relaxed mood and partakes in a Black Velvet. It’s a bit early for one of those son.

Terry explains his vision for the Club. He and I share the same ideas on how a club should be run. He saved this Club from the seat of its pants a few years ago and got hold of it by the scruff of the neck. They are firmly back on the map and are hopeful of a good cup run and promotion to the Premier League. 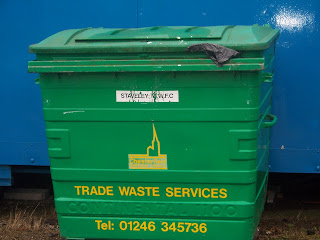 Staveley are managed by 32 year Darren Bland. It’s no coincidence that the team went on a 23 match unbeaten run shortly after his appointment.

I express concern that Sticky’s favourite Lee Gregory has been in talks with Blue Square Conference neighbours Alfreton Town. Terry is hurt that the boy might be leaving. Lee just wants to play with his mates and enjoy his football. He appears unsettled and is not in the starting line-up.

The three of us are deflated with the news coming through from Sky Sports that D***y County have equalised against Stoke City at Pride Park. Rain has wiped out any play in day three of the Test match at Edgbaston in Birmingham.

Unibond Division One champions Retford United are in town. Famous people from the area include Stoke City winger Liam Lawrence and former England batsman Derek Randall. I saw them lose to a very useful Nantwich Town eighteen months ago. 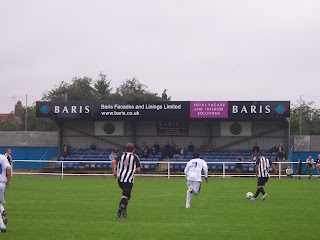 Barbadian international Neil Harvey is playing for Retford today; he was injured when I visited Cannon Park in October 2007. Macclesfield manager Keith Alexander took a punt on him last season but he was soon back on loan at the Badgers.

He looks slick and sharp in the opening stages. Smart saves by former Forest youngster Martin Kearney keep Staveley in the game. Twenty one year old full back Scott Wharton has caught our eye with his strong tackling and good positional sense.

Terry’s lad, Ryan opens the scoring with a sensational strike on 31 minutes from fully 40 yards out, catching the Retford keeper’ James Lindley napping. Staveley MW raise their game and play with confidence. Retford are relieved to hear the half-time whistle. 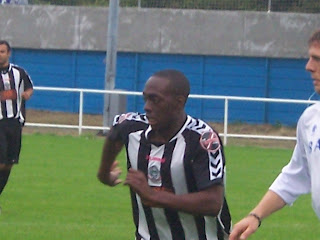 Terry invites us all back up to hospitality. It’s another Strongbow for Sticky and a cup of tea for WVM, which is poured from the pot and marked with 8 out of 10. Forest are beating Brum 1-0. The Groundhopper paid £46 to watch this fixture at St Andrews last season. Give me Staveley MW v Retford United anytime.

WVM has clocked the spread on the table and has positioned himself next to the chips – no-one can get near them. He has hands like a JCB shovel. He slides his sausage fingers under a tray of cheese sandwiches and demolishes in one bite a Scooby Do sized snack. If he eats anymore we’ll be fetching that loaf of Warburtons bread out the back of Screats’ car.

Terry has a smile as wide as the M1 motorway; his lad has scored a peach of a goal. He celebrates with another Black Velvet. 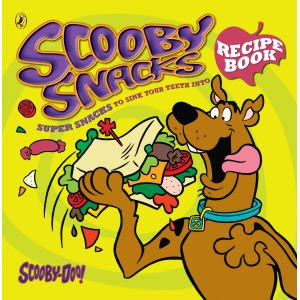 Staveley MW are energised in the second period; their young legs can run all day. Lee Gregory is introduced to the game and causes mayhem immediately with his direct running and turn of pace. He scores a tap in to double their lead. Retford offer very little. A disappointed Harvey is withdrawn. 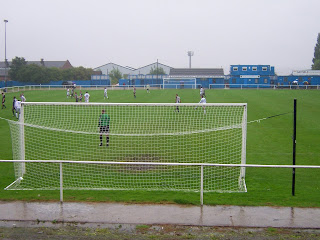 The rain is incessant; we move to a covered area behind the goal. Staveley push for a third. I talk to one or two supporters. They have nothing but praise for Terry Damms. What a fantastic club. Thanks for your hospitality Terry, you are first-class. See you up at Rossington Main.

Attendance: 130
Man of the Match: Scott Wharton
Posted by Sticky at 6:17 PM

best write up no2 well funny

Karen and I are getting married at the Priest House in 7 weeks time. I trust WVM has nothing but good to say about the venue.

Stickster, one game down 45 to go. 33/1 looking very nice after saturdays demolition of Bradford........U piiiiiies !!

Anonymous, good result I have to say. However, you have all season yet and I think the newly arrogant Scruffy fans will get a shock. Lets not forget where the pies came last year and money is no guarantee of success (Chelsea in europe, Man City (that other money rich club where Sven had his fingers burnt)). No promotion.........The wheel fell off!

Reaper, seems like the Accrington players have been too busy predicting results in games they are playing. Another one of your scallywags got an 8 month ban yesterday.

Will you be able to put out a side? Perhaps we could send you a couple of Scruffies out on loan?

Just like your red neighbours have done to the scruffies!!??!!

Sticky you are a muppet!

Sticky, the last comment was made because I was showing Barthez how to embed pictures into your username.

I was going to Sheffield FC mate but I have to work for Sven now:-)