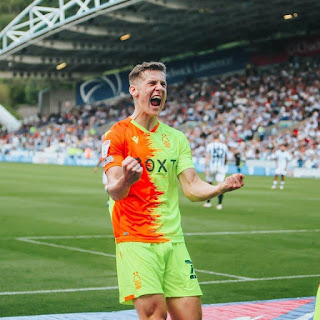 It's Wednesday 15th September. I'm sat in the Brian Clough Lower Stand at The City Ground. USA international 'keeper Ethan Horvath has just made a hash of a firmly struck back-pass which results in a tap-in for Middlesbrough's Cuban centre-forward Onel Hernandez. My mate, Tom, (Spurs fan home and away), is sitting next to me. We are housed adjacent to the Middlesbrough fans who have turned out in numbers on a school night. Tom has had some beef with the 'Boro fans - they have exchanged verbals and finger salutes. On 80 minutes he announces he's had enough and troops off up the steps towards the exit. He's clocked by the 1600 travelling army who serenade him with 'Cheerio, Cheerio Cheerio.' His parting shot, before disappearing into the night, is a raised middle finger, Rodney Trotter style, which is greeted with cheers and laughter by the Smoggies.

24 hours later Chris Hughton is relieved of his duties as manager of the Tricky Trees, with less than 12 months in the hot seat. It's a sad statement of affairs, but there can be little argument when you look at the stats and analyse the style of play. Former Swansea manager, Steve Cooper, is installed as red-hot favourite by the bookies. 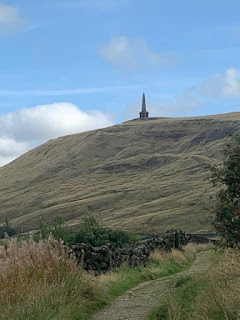 Ms Moon is relaxing by the pool in the Algarve. It gives me the run of the house and control of the TV remote. There's a double helping of Champions League football on the box. There's heartache for Jesse Lingard and Manchester United and further misery inflicted by Bayern Munich on cash-strapped Barcelona. I was meant to be up at Gedling Miners' Welfare v Belper United, but it was postponed shortly before kick-off on twitter, without a reason given. It was wanging down with rain, so if I'm honest, I didn't really fancy it, despite missing out on a chippy tea at Plains' Fish Bar.

It's Friday morning 9 a.m. Piers and Bruiser have rocked up in Carlton. I chuck my case into the boot of his Audi 3 and we speed off towards the M1 North. We're spending four days sight-seeing up in West Yorkshire. First point of call is Stoodley Pike, a 1300 foot hill that leads you up to a 120 ft monument that dominates the moors of the Calder Valley, overlooking the market town of Todmorden. I gasp for air as I reach the summit. The descent is even trickier, as we hit a patch of bogland which we skilfully circumnavigate around. 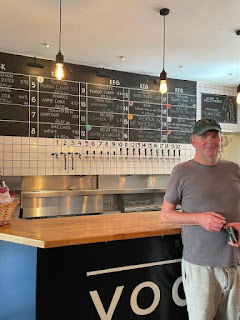 I quench my thirst at the canal side of Stubbing Wharf in the delightful town of Hebden Bridge. We stroll into town. I tick off the Vocation craft ale bar. It's owned by a guy who worked for Blue Monkey Brewery in Giltbrook, Nottingham. He's recently opened bars in Manchester (Society) and Leeds (Assembly Underground) too. The latter has 50x different beers on tap.

We finish the evening in Halifax. The car is parked up close to Piece Hall, an 18th Century cloth hall that now has exhibitions, shops and bars. New Order played a gig here the other week which my good mate Tony Mac attended. The night is seen off with dinner at Shibden Mill, an award-winning countryside pub that's established since1890. 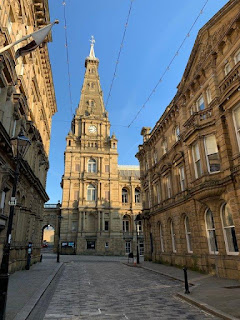 It's Saturday morning and the sun is shining through the curtains of the Shakespeare Hotel, in Halifax. I've had an interrupted night's kip. A pub belted out Karaoke tunes until late into night. There were numerous incidents of shouting and bawling beneath my hotel window, well into the early hours of the morning.

The skies are clear blue and the temperature is rising as I stretch my legs around this Northern, hidden gem of a mill town. We zip up to Lister Lane Cemetery to see if we can pay our respects to wrestling legend 'Big Daddy' (Shirley Crabtree). The gates are padlocked with notices saying that the next opening time will be 10 a.m. on Sunday. 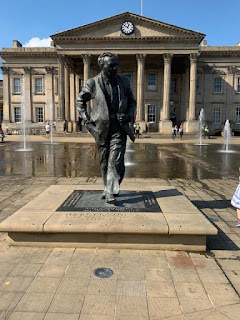 We jump on the rattler at the train station that heads towards Huddersfield via the town of Brighouse, famous for it's brass band's Number One single in the 1977 with the Irish DJ and TV presenter Terry Wogan.

It's a gorgeous day with sun-kissed skies as we alight the train. We soak up the sun on the patio of the Head of Steam pub, outside the station. In full view is the statue of the pipe-smoking Labour prime minister Harold Wilson. He had two spells in charge, a bit like King Billy Davies at Forest. 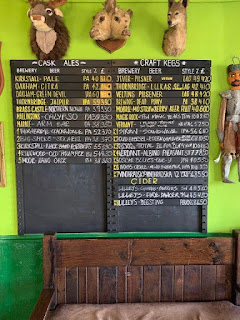 Huddersfield has a population of over 160,000. It's a market town of Victorian architecture with the railway station being a Grade 1 listed building. The poet, Sir John Betjeman, described it as 'the most splendid station facade in England.' Notable people to come from the town include: Rt Hon Harold Wilson, footballers Cameron Jerome, Andy Booth and Fraizer Campbell and actors Gordon Kaye (Allo Allo) and James Mason.

Piers and Bruiser go to a tearoom. I'm desperate to tick off The Grove on Spring Grove Street. Steve, the landlord at Partizan Tavern, tipped me off about this wonderful two-roomed pub with its selection of 19x ales. I have a couple of drinks from the Brass Castle and Thornbridge stables before hooking up with the lads in The Magic Rock Stand at Huddersfield Town's John Smith's Stadium. 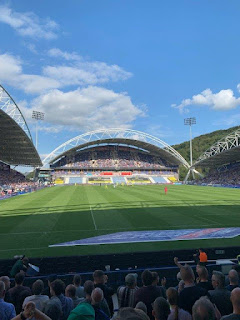 Ms Moon and I visited here a few years ago when ironically Joe Lolley scored in a 4-1 defeat to West Ham United. There's a nice, friendly welcome from the stewards and local police. Forest are low on confidence and without a League win this season. Ex Millwall, Blackburn and WBA defender, Steven Reid, has been appointed as caretaker manager.

The formation has changed to 3-4-3. It allows Forest to get on the front foot. They are on it from the start. The shackles are released from the much-maligned Ryan Yates. Lewis Grabban leads the line instead of sitting in pockets. 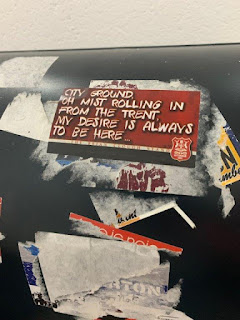 Brennan Johnson makes a lung-bursting run down the right wing, smoking off his opponent. The cross is pinpoint but still expertly headed home by Grabban. Forest play a beautful, high tempo game of passing football. They look likely to increase their lead but have to settle for a narrow winning margin at the break.

The Forest away following have been relentless in their backing of the Reds. They also enjoy singing about the demise of their bitter rivals D***y 'fiver in the bank' County. Raucous celebrations happen on 48 minutes as the Tricky Trees deservedly double their lead when a Joe Lolley shot is turned into his own net by 'keeper Lee Nicholls. 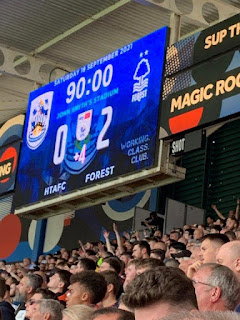 Apart from a few surging runs by former Lincoln City full back Harry Toffolo, Huddersfield offer very little threat. A header is guided agonisingly wide after a corner. Forest see out the game superbly. To a man they are excellent. Middlesbrough loanee, Djed Spence, is the pick of the bunch.

Eyes now turn to the Millwall game next Saturday at The City Ground, with the probable arrival of Steve Cooper, after compensation is agreed with Swansea City to 'buy out his contract.'

Man of the Match: Piers for piloting all weekend.