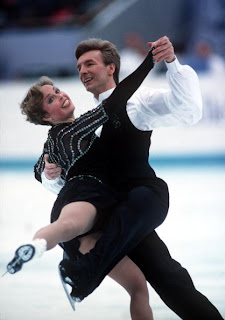 It’s Friday night and I’m flicking my way through the Nottingham Evening Post’s Essential Guide. I notice that chirpy Cockney geezers Chas & Dave are playing a gig at The Maze, on Mansfield Road, in Nottingham. Now, The Auctioneer and I often sing along in unison to some of Chas & Dave’s greatest hits, during tedious moments in the working day. Who could ever forget: Rabbit, Margate or Snooker Loopy?

I fire a text off to The Auctioneer to see if he is up for the gig. Imagine my surprise, when checking on ticket prices, I find it’s £36 to sit down and nearly eighteen squid to stand up. Cor blimey guvnor, ur avin a giraffe. I’ll stop in, instead, and watch an episode of EastEnders on UK Gold, with Arthur Fowler in the Queen Vic, on ‘the old Joanna ‘giving all those cheerful (?) East End folk a good old fashioned knees up. It’ll be a darn sight cheaper. 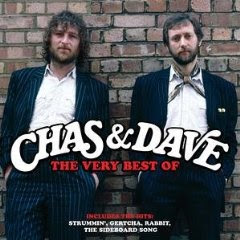 I avoid scouting City Boys or South Notts Boys today; it’s been doing my duck in. I’m as busy as a beaver on household chores, to earn the pass out. I’m departing for Mansfield at 12.30pm, but I’ve not told Mrs P yet.

The Dentist phoned me last night, coincidentally, his son is playing up at Forest Town at lunchtime in a cup tie. We got to know each other when I worked for ‘The Pies.’ I arrange to see him up there.

There’s just enough time to make a couple of swaps in our Daily Telegraph Fantasy Football team. We bomb out Torres and the unfortunately named Shittu, and replace them with Santa Cruz and Michael Ball, the footballer, not the singer. 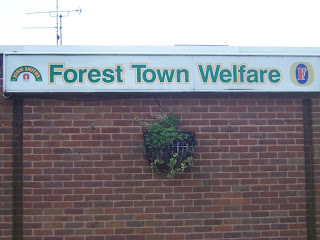 I grab a sandwich and watch Football Focus with ‘The Skipper.’ He’s hiding behind the settee, shaking like a leaf, and I don’t blame him. Martin Keown is on TV. He really shouldn’t be allowed on the box before the 9pm watershed!

I leave Mrs P peeling wallpaper off in our bedroom. I know it’s wrong, and I’m wracked with guilt. I’m on cooking duty tonight, to make up for it.

Four Tops lead singer Levi Stubbs died yesterday; they’re one of my fave bands. I’m playing Standing In The Shadows Of Love on the CD player. Next up is Mel and Kim’s That’s The Way It Is; I think Mrs P must have downloaded that one. 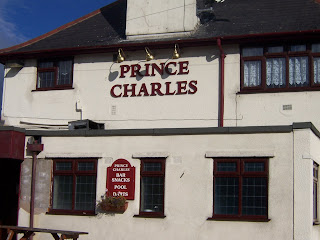 I’m on the pigging A60 again. The road is blocked in Daybrook; a Volvo has broken down. It takes an age to drive through this bottleneck.

I turn right before I hit Mansfield, on what appears to be a new road. Within ten minutes I’m in Forest Town. I clock some kids warming up on a pitch in the distance. I turn right at the Prince Charles pub and park up in the Welfare.

I decide to stretch my legs as I’ve time to spare. I walk back towards the pub and take a photo. I turn one hundred and eighty degrees, and woe and behold, there she is again, my knight in shining armour: the Forest Town Co-op Shop; chalk it off Sticky boy. Volvic lemon and lime water is on offer; I grab the last available bottle. 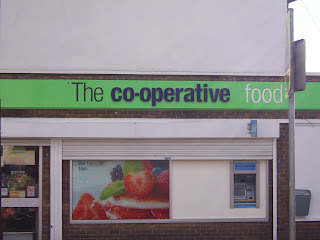 I stroll past the unmanned turnstile and walk across the first team ground and down a steep muddy bank, where I find an unassuming Dentist watching his lad play. The boys play an exciting game and keep the ball on the carpet. He calls his lad the ‘fox in the box’ and I can see why, when he poaches a brace. It’s not enough though, as they bow out the cup 4-2 aet.

It’s back up that muddy bank, Christ, I’ve put more miles in than Wainwright today. I’m back at the turnstile to pay my £3 and a further £1 for the programme. It’s an excellent publication; a total labour of love, it’s produced by Peter Craggs. He’s an engaging sort of chap and we natter for a few moments about local football, and the old Mansfield Colliery, which was situated close by. 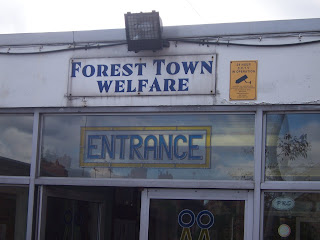 Forest Town were formed in 1981 as a Sunday team, and were known back then as Village FC. They have also been called in their history, Smith Street FC and Mansfield Colliery FC.

They currently lie 5th in the Central Midlands Supreme Division and are managed by former Stags’ midfielder Gary Castledine.

Calverton Miners’ Welfare were formed in 1946. RJB Mining closed the colliery in 1999. Sticky Palms made his debut at the dole office. 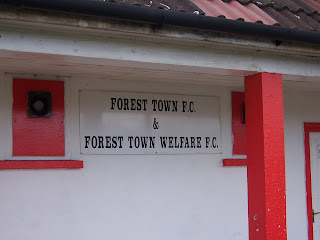 Shane Meadows based his films Twenty Four Seven and A Room for Romeo Brass in the village. Olympic ice skating gold medallist and former PC Plod, Christopher Dean, was born in Calverton.

I’m chin wagging with Calverton coach Lol Boultby. He’s telling me that the oldest player in their team today is 24 years of age. It’s a brave and bold club policy that not many teams in the NSL would make, never mind this league.

Forest Town’s The Clod is a glorious ground. At first I’m disappointed with the view as a cycle track runs around the perimeter of the pitch. But there is a balcony that backs onto the Welfare. It has decking and tables and chairs out. Supporters bask in the autumnal sunshine, drinking coffee and beers. 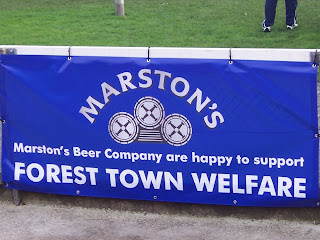 The pitch took a pounding from the severe weather conditions on Tuesday night for the game against Blidworth. The ground is cut up badly and won’t suit a side that likes to keep the ball down.

White Van Man is a non attendee today; he’s playing darts at the Hubble Bubble Bar in West Bridgford. He’s to keep me posted on the latest scores. 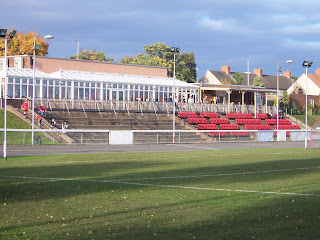 Forest Town begin the game with a stiff breeze behind them. They are camped in the Calverton half for the first twenty minutes of the game and keep Calverton ‘keeper Lance Walker on his toes. They play with an urgency and have good ideas. Number six Danny Tighe bosses the game. He finds space, and uses the ball intelligently. McCann and Short go close.

Calverton weather the early storm and grow in confidence. They hit Forest Town on the break. They have pace and movement. Calverton striker Warren Hatfield has a good chance blocked by Forest Town stopper Jason Johnson.

On the stroke of half time, Calverton are awarded a free kick just outside the area. Craig Boulton curls it over the wall, Johnson goes down too early, and the ball hits a divot and bounces off the woodwork, with the ‘keeper still on all fours. 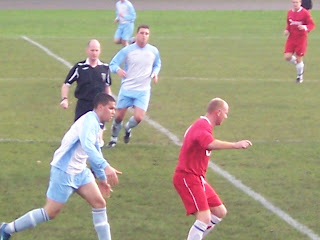 I grab a cup of tea and phone Jocky Wilson for the latest scores. I am joined in the stands by The Dentist. The ‘fox in the box’ is enjoying a tray of well earned chips.

I’m in good spirits, relaxed and ready for the next forty five minutes. I don’t deserve, nor does anybody else, what Forest Town FC inflict on us next: it’s the dreadful Hello by Lionel Ritchie.

Calverton play a quality game of football in the second half; as good as I’ve witnessed this season. They play with flair and imagination. They are all over the home team like a rash and run amok.

My mate at work, ‘Gormhead,’ has his nephew playing today for Calverton. He has a stormer in the second half and rips the full back to shreds; his final ball is not bad either. 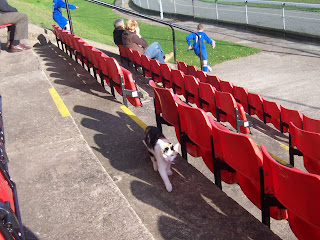 Forwards Boulton and Hatfield prove a real handful for the home defence, particularly Boulton, with his silky skills and close control. They fashion chance after chance and waste them all. Both are guilty of spurning gilt edged opportunities. I lose count of the number of shots that trickle by the left hand post.

Westwood dominates the midfield, whilst Marsh and Corcoran are a rock at the back. Forest Town are beaten into submission. The old heads lose to the young guns If Calverton had won by three or four it would have been no more than they deserved. This game, to them, will feel like a loss.

They are my tip for a Champions League spot. And I will be at Newark Town’s ground on December 6th when they are the visitors.

Man of the Match: Craig Boulton
Posted by Sticky at 8:28 AM

A Touch Of Frost?
I have some rare lierature to brighten up your sad Autumn evenings Sticky. Well Dressing in Derbyshire For Beginners & The Collection And Pressing Of British Ferns

Excellent report Sticky, if I'm not careful I'll be getting a good name.

ayup sticky is it true that you have been approached to write a book?? or is the real truth that youve been asked to update indian nights takeaway leaflet!

any chance sticky that you could display a shortcut to the comments at the top of the page? its getting rather tiresome having to constantly scroll down to see if anyone has replied to any of the witty banter

with o. o. son there was only 1 man of match me on dartboard

LOOKING FORWARD TO TRIP TO SPALDING . WEEK SAT . BRING CHANGE OF PANTS YOU WILL NEED THEM

with o. o. son there was only 1 man of match me on dartboard

LOOKING FORWARD TO TRIP TO SPALDING . WEEK SAT . BRING CHANGE OF PANTS YOU WILL NEED THEM

Hope you didn't have the same number of go's at double top, as you did at posting that message, Beadle hands.

A tribute to/from a great man.

the film 24/7 was filmed in bestwood park as well .cherry orchard mount shops was the scene where they spat in the chips.southglade park was used for the penalty scenes ,and fag ashs flat was above the shops on beckhampton road next to the co-op.

My my if it's entertainment you're after, you should have watched Kerry Katona being interviewed on This Morning. Talk about own goal, she was smashed!

Talking of being alcohol fuelled I noticed while reading this blog the attention has turned from how nice the 'pint' in the clubhouse to rating the cup of tea out of 10. Has Sticky gone on the wagon?

has anyone seen my hip flask?

Kerry, thought I saw it tucked into Amy Winehouses barnet.

found it the cistern in the This Morning gents toilets .... love

Gordon have you still got that Phillip Schofields hand stuck up your arse? You were lucky I had the hand of Andy Peters!!

Least you two aint got the hand of Beadle!!!!!