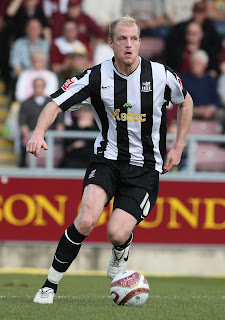 It’s a spring evening in 2005. It’s the fag end of the football season. Sticky Palms is stood in his civvies, under the floodlights, at Cotgrave Colts Welfare Ground. Two under 13 teams are battling it out in a cup final.

There’s a small, slender, slight boy orchestrating the game in centre midfield. He can pick a pass, find space and bite in the tackle. I make discreet enquiries about the lad with a few parents. The feedback is that he’s been at Nottingham Forest, but he didn’t quite cut the mustard during his trial. He was considered too small – the same reason why Darren Huckerby wasn’t given a scholarship at Meadow Lane.

Someone has dropped a clanger across the river. The boy is quality. The best I’ve seen in donkey’s years. We sign him up immediately. He’s our star man.

Twelve months later Howard Wilkinson controversially rubber stamps the closure of the Notts County Centre of Excellence. I’m devastated. I get the boy a trial at Chesterfield. 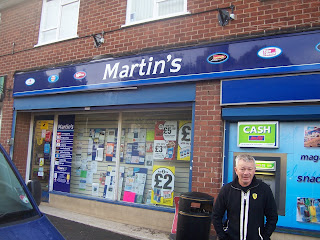 I follow his career with interest. He gets a scholarship (apprenticeship). He becomes the Spirerites youth team captain.

On Saturday 2nd October 2010 I arrive home from watching Notts County narrowly lose to Sheffield Wednesday. I scroll my mouse pad down the League 2 scores. Chesterfield have drawn 5-5 against the Railwaymen of Crewe. Clifton boy, Craig Clay, has smashed home a stoppage time equaliser in the 92nd minute. The Groundhopper is bursting with pride. Well done Craig! He should be playing for ‘us.’

It’s Friday teatime. I’m sat in the glitzy, glamorous gastro pub, the Griffin Inn in the hamlet of Plumtree. The barman takes an age to serve us.

The peaceful surroundings are shattered by the constant bleeping of Mrs P’s phone going off.The kids are hammering her with texts and phone calls about bus times to Nottingham. They’ve cooked up a night out at the Nottingham Ice Stadium. They’ve hooked onto the fact that Nottingham’s finest teenage totty rock up with their skates on every Friday evening. 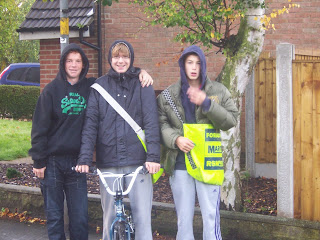 It’s Saturday morning. I rise from my slumber at 7.30am. I’ve promised to give the ‘Keyworth Babe Magnet’ a hand with his papers. He has about a dozen Daily Telegraph’s on his round – they weigh a ton on Saturday’s, with all those extra supplements.

I’m back home for 8.30am. I make a brew and flick on the DAB radio. John Inverdale (Lincoln City fan) is fronting Five Live’s Ryder Cup coverage from a wet and windy Celtic Manor.

Golf’s not for me with its stuffed shirts, men only bars and collar and tie. I was on the 7th hole at Stanton on-the-Wolds Golf Club about 30 years ago. I fluked a 6 iron from 165 yards straight into the hole. I thought, it will never get better than this, and retired on the spot.

I play with the DAB radio dial until I find the Sound of the Sixties Show, hosted by veteran DJ Brian Matthew. He’s playing a rare Northern Soul track, which is now worth £5000 on vinyl. 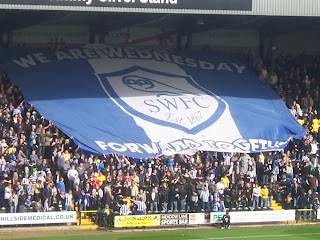 Sticky jnr departs for a Notts FA Shield tie at Welbeck, close to Mansfield. ‘The Skipper’ is playing at home against Bildworth Welfare in an early kick-off.

I’ve volunteered to help the team out, as our manager and good friend ‘Garts’ has suffered with his health recently.

I get all the kids in the changing room. We have some light banter. I ask them if anyone watched Strictly Come Dancing last night. Not one of them raises their hand. I try to explain that they might learn quick feet from Uncle Len Goodman if they watch the show. They reply that FIFA 11 on the PS3 is a better tutorial.

We play a beautiful game of football. We win well. The score is irrelevant. The match is played in a good spirit and is excellently refereed by Mark Bancroft.

The clubhouse is not quite open for business yet. It’s a shame we can’t sample the award-winning tea I purchased a few Sunday’s ago. 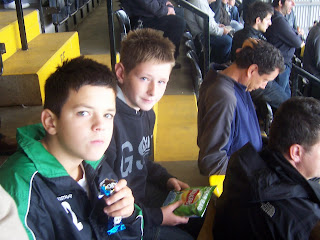 I manage to grab a few words with KUCFC legend Alan Jackson before racing across to Stapleford to scout a game.

It’s a local derby. There are some x-rated tackles flying in. They make me wince. No quarter is given. No-one complains. I make a mental note of a couple players who have caught the eye. I will enter them on the database. I don’t rush people into the centre of excellence. They have to tick all the right boxes.

I don’t normally get the chance to watch the Pies on a Saturday afternoon, with scouting and groundhopping top of the agenda. This game was on my radar though. The Owls have sold out their allocation in the Jimmy Sirrell Stand. The atmosphere should be electric.

A text comes through from Mrs P, Sticky junior’s team have bagged a 3-2 win up north. The day’s going to plan. 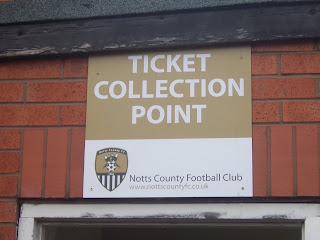 We rock up at County Hall and park close to the water’s edge. I treat ‘Garts’, ‘The Skipper’ and ‘Paddy’ to pop and sweets at the smallest sweet shop in the world.

Garts queues up for a ticket. It’s £23 to sit the Derek Pavis Stand and £6 for a juvenile. The excellent programme is £3.

It is rumoured that Howard Wilkinson, Roy Hattersley and Paul Hart are sat close to the directors’ box.

Sheffield is in South Yorkshire and has a population of over half a million people. The River Sheaf runs through the city. It was once well known for iron, steel-making and coal mining. 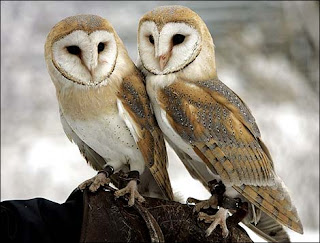 Sheffield Wednesday are due in court on November 17th over an unpaid debt to HMRC of £600,000.

The Pies are fresh off the back of a 3-2 win at the Posh. The game ended in mayhem. Sticky’s favourite ‘Rocky’ Ravenhill was dismissed from the field of play in the 97th minute. I want ‘The Skipper’ to watch his work rate, but sadly he takes no part today.

Notts are out of the blocks quickly. They play at a high tempo and force the Owls on the back foot. Lee Hughes thumps a shot at former Stags ‘keeper Nicky Weaver, who beats it away. Scottish striker Kevin Smith hits a cross shot across the face of goal. 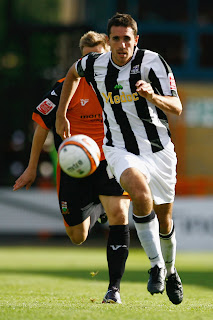 A little ginger haired boy in front of me looks disinterested. He plays with his ‘Woody’ and ‘Buzz’ Toy Story models. He’s missing a treat.

Mark Beevers and Tommy Spurr, at the back for Wednesday, continue to fire fight. Shots are blocked and last-ditch tackles are made. Luck is not on Notts’ side.

Wednesday miss a gilt-edged chance on the stroke of half-time. A neat move prises open the Pies’ defence. Former Magpie forward Paul Heffernan tees up Marcus Tudgay, whose goal bound shot is deflected away for a corner.

We all drew breath at the half-time whistle. Notts have been par excellence, Wednesday almost anonymous. Their 4,800 following will be disappointed. 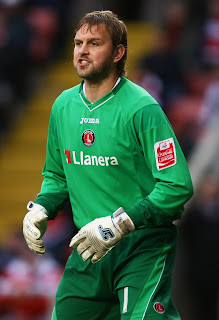 There’s not much doing at the break. ‘The Skipper’ is bleating that he wants some chips, Mr & Mrs Magpie are prancing about in their new outfits, and I can’t hear any music on the tannoy. Managerless Lincoln City (Chris Sutton tribute in next blog... lol) are losing at Southend.

The visitors come out all fired up. They’d have had a dressing down from Alan Irvine. Tudgay gives them the lead with a ferocious strike from 22 yards which has Pies’ keeper Rob Burch clutching thin air.

Alan Irvine shuts up shop earlier than Alf Roberts. With 30 minutes remaining both strikers are hauled off. Neil Mellor ploughs a lone furrow. As Wednesday go 4-5-1.

Gaps begin to appear as Notts chase the game. Mellor spurns an opportunity. The Pies lose their shape. Hawley and Rogers are the last throw of the dice. 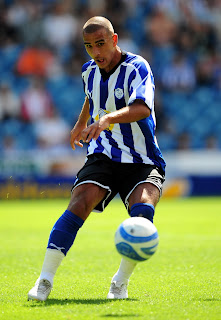 Despite their best efforts Owls ‘keeper Weaver has been largely redundant for the second half.

Alan Judge is sent off for kicking out at a Wednesday player. That’s four reds in four games for Craig Short’s team.

Wednesday put the game to bed deep in stoppage time. Notts are caught up the field pressing for an equaliser. Darren Potter makes it 2-0. The scoreline isn’t reflective of the game. Notts will play worse and win.

Man of the Match: Neal Bishop.

Not interested in golf Sticky?
What about Golf Courses?

Sorry for the stupid question. What is the best search engine http://google.com or http://yahoo.com?