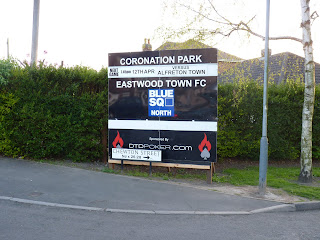 It’s the 18th December 1982. Sticky Palms is loved up to the eyeballs. The Steward’s daughter, at my local golf club, has caught my eye in the 19th hole. She is a lovely little birdie. A romance blossoms, football is put on the back burner.

I enjoy late night drinking sessions with her father in the bar. Her mother is on hand to rustle up pie, chips, peas and gravy from the golf club kitchen. Life is a bed of roses.

The time has come though, to introduce her to my first real love: Lincoln City Football Club. I hoodwink her into a Christmas shopping trip around Lincoln City centre. I wine and dine her at the famous Wig and Mitre public house, in the charming historic Steep Hill area of the city. We stroll together around the Castle grounds. 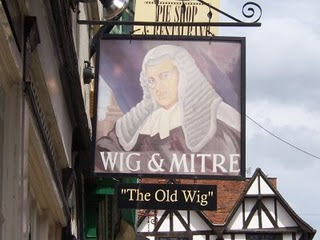 We drop into Grandma and Granddads and Nana’s on the High Street. “Well blow me down”, says Sticky browsing through the Lincolnshire Echo, “Lincoln City are at home this afternoon.”

“Why don’t we go and watch them?” says my new love. We walk hand in hand down Shakespeare Street. I pay her in on the turnstile and treat her to a steaming hot cup of Bovril. The Salvation Army brass band play Christmas carols on the pitch.

We lean together on a red-painted crash barrier on the Sincil Bank terrace. Here I am with my two big loves. Does it get any better than this? You old romantic Sticky.

Bournemouth are today’s visitors. They are managed by a virtual unknown called Harry Redknapp. It’s his first taste of management and his first game at the helm. 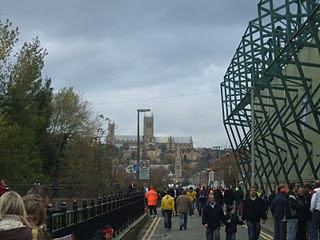 Colin Murphy’s Lincoln are in a rich vein of form. Our strike force is frightening – Derek Bell and Gordon Hobson are backed up by free-scoring midfield general, Glenn Cockerill.

Lincoln win the game 9-0. It could have been 20-0 but for the brilliance of Cherries’ ‘keeper Kenny Allen.

It inspires me to follow the Imps home and away again. The romance fades. I’m finally and unceremoniously dumped. Lincoln City is all I have left. I wonder what happened to that Redknapp fellow? He’s probably the sponge-man at Poole Town by now.

I spend Tuesday night in the delightful surroundings of Gedling Miners’ Welfare’s Plains Road ground. It’s an entertaining 2-2 draw, in what I have to say is my favourite League of the season (EMCL). Heanor Town are the visitors. 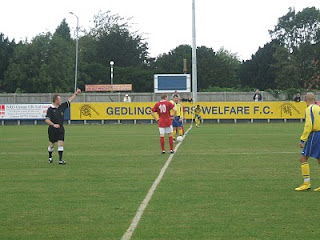 I bump into ‘Beardy Malc’ and ‘Daft Lad Kev’ from the On the Road blog. I also spend the second half in the company of Welfare official and Web Master, Tony Hay.

It’s Friday evening. I’ve mowed both the front and back lawns. It’s like a bowling green, readers. You could play a frame of snooker on it. I’m sat on the patio necking a pint of Stella, feeling pretty pleased with myself.

He’s trying to catch my eye. His ears prick up. He’s on all-fours, showing his sad eyes.I ring up the Rabbit FA. They confirm his six month garden hopping ban and shed hiding ban is at an end.

I put on my i-Pod, The Beloved’s ‘The Sun is Rising’ is on ‘shuffle.’ I lift him out the cage and place him on the top step. Finley Palmer is back in action. He scurries straight down the garden and shoots under the shed. 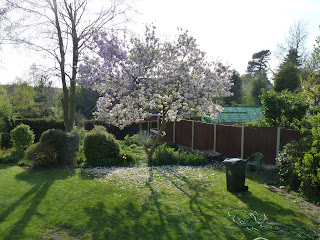 It’s Saturday morning. There’s an awful start to the day. My boss (Mick) from Notts County phones me ‘early doors.’ The reception is poor. I walk into the garden with my slippers on. There’s a heavy dew on the freshly cut lawn.

Twenty minutes later there’s a huge squeal. Somebody has traipsed mud all over the cream coloured lounge carpet. Forensics on my footwear are the perfect match. Oh bollocks, I’m in massive trouble.

It’s a packed footballing schedule. Sticky junior and his pals cadge a lift to the Cattle Market on Meadow Lane. The biggest wheeler and dealer in Keyworth is spending the morning at Arthur Johnson’s auctions.

I roll up in the car park of the World’s oldest Football League club. I nip into the Club Shop. The forecast is for a warm and sunny day. I bag a Magpies baseball cap and then head off to the Munch Box in Ruddington for a breakfast cob. 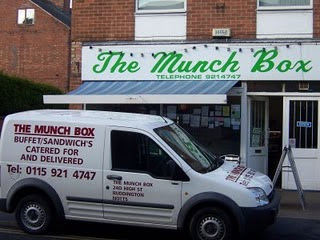 Forest are snooping about at the game I scout at. He doesn’t hang around for long though, he’s probably shooting off home to watch James Martin’s Saturday Kitchen.

I help coach ‘The Skipper’s team in the afternoon. We don’t do enough to win. but are gracious in defeat. Our opponents have no discipline and are unsporting. Their time-wasting tactics are an embarrassment and their manager is unpleasant. They question every decision. Never at anytime do they appear to be enjoying the beautiful game, like we do.

I enjoy a tea-time real ale with Mrs P at a countryside pub in the affluent village of Wysall. Chick flick Mamma Mia is on the box at night. I bury my head into a Non League publication.

It’s Tuesday evening. I’ve just left ‘The Skipper’s training session early. We have practised set pieces on the playing field in Tollerton. Notts County’s new incumbent, Martin Allen, also tried this earlier in the day, in a field off the M5, near a service station, on the way to Yeovil Town’s Huish Park. 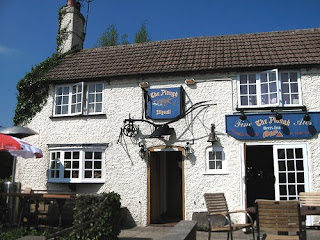 Peter Allen and Anita Anand keep me amused on the short 25 minute journey north. I turn left just past the now derelict Man in Space pub. A flustered steward waves me away. I end up parking on a grass verge.

It’s 40 minutes until kick off but people are pouring down Chewton Street. There’s a bright, beautiful evening sunset over D H Lawrence country.

Alfreton lead the Conference North league by a country mile. Eastwood have one loss in the last 18 games. The televised Champions League game at Old Trafford and vital Npower Championship games at The City Ground and Pride Park will have a bearing on tonight’s attendance.

I’ve been itching to watch this reverse fixture, as the 2-2 draw at the Impact Arena on New Year’s Day was full of thrills and spills. 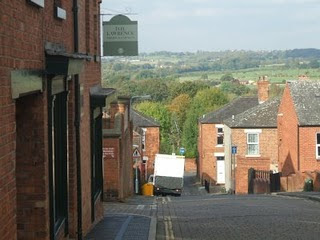 I take a stroll around Coronation Park. It has bags of character. The Clubhouse is raised above the ground. Two stands run along both sides of the halfway line. There is covered terracing behind both goals.

The PA guy is playing The Damned’s 1986 hit ‘Eloise, as I take a pew in the small stand on the far side of the ground.

I bump into Danny Boyes from Dunkirk FC, who I used to work with. I think The Boatmen are due to play The Badgers in the next round of the Notts Senior Cup – he is clearly here on a spying mission.

The teams enter the field of play. The Eastwood backline are huge. At least three must be over 6’ 4”. The biggest guy on the pitch must be referee Mr C Grundy of Sheffield. He must play rugby or be a policeman. 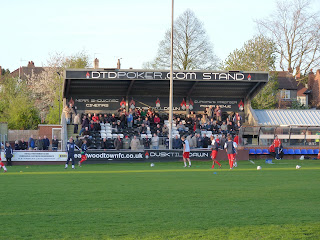 I’ve had a quick scout around for Parker and Walters, who I said I would hook up with. But a majority of the crowd (1112) have an Eastwood haircut (skinhead). It’s like being in the moshpit at a Bad Manners gig.

The game lives up to its billing and keeps me on the edge of my seat. Alfreton kick down the slope. The blue-booted, Nottingham born striker, Liam Hearn, shows a nice turn of foot. The 24 year old has already bagged 25 goals this season.

There has been chances and hesitancy from both goalkeepers, when the Badgers take the lead on 9 minutes. Lindon Meikle outstrips the full back and fires a cross in, Chris Shaw thumps a shot that hits the bar, big Matt Rhead heads home the rebound.

Two minutes later and Alfreton are level. The ever alert Hearn taps home a rebound after a fumble by Eastwood ‘keeper Danby. A Badger’s fan next to me is so furious he boots his Thermos flask and spills its contents. 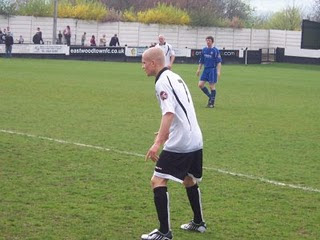 Hearn is pulling the home defence all over the pitch. He wins a penalty moments later, Josh Law (son of Alfreton manager Nicky Law) sees his spot kick brilliantly saved by Danby.

You just don’t want the half to end. More and more chances are created at both ends. The football is exciting, fast and has an end product. I’m mystified why Hearn, and on this performance, Meikle, ply their trade at this level.

On 27th minutes Michael Simpson puts the Badgers’ noses back in front with a clinical finish after a poor clearance by the Reds.

Danny has been making notes on his scouting mission. Dunkirk are going to have to build a brick wall to keep Eastwood out in their forthcoming cup game. 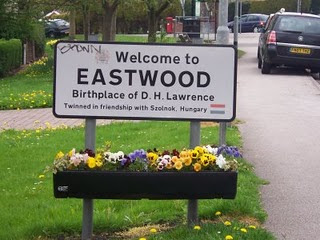 Texts are flying in from Big D. The Tricky Trees are one up and the Pies are on their way to a record eighth consecutive defeat.

Alfreton pour up the hill like an advancing army, as the chances come thick and fast. Hearn and Clayton just can’t find their radar.

With eight minutes remaining former Nottingham Forest trainee Andy Todd puts the game to bed, walloping a shot into the roof of the net from 12 yards.

The Reds pull back a late goal. What an advert this has been for Non League football.

Men of the Match: Meikle and Hearn.
Posted by Sticky at 1:53 PM

Glad you enjoyed it Nick.Catch you soon i hope.Dave P.

A fab write-up: arguably the best read of the season so far - obviously enhanced by Finley P's being back on the pitch :)

I've come to the conclusion that the football is getting a wee bit in the way.

People seem to enjoy Finley and the Gang a lot more.

I will keep em coming, if you can keep reading.

excellent report ground hopper, at first i thought id done a doctor who and gone back in time when you reported on your visit to lincoln. ihope you enjoyed weds game and you will come back to the impact arena soon, poss boxing day when hopefully the reds will be playing mansfield

http://islandora.ca/node/406 http://www.webvertization.com/?guid=20090610055053
buy facebook likes buy facebook likes facebook likes
Whenever I play a game on the computer, and hold down a button on the keyboard for a long time, when I press another key it has a VERY slow response time. It will still be doing keyboard movements from earlier. I thought it was a virus and reinstalled my computer, but I still have the problem. Please help.

tramadol online tramadol no prior prescription - can buy tramadol usa

If you desire to get a good deal from this piece
of writing then you have to apply such techniques to your won webpage.

I'm amazed, I have to admit. Rarely do I encounter a blog that's
equally educative and interesting, and without a doubt,
you have hit the nail on the head. The issue is an
issue that too few men and women are speaking intelligently about.
Now i'm very happy that I came across this in my hunt for something relating to this.
get more facebook fans free