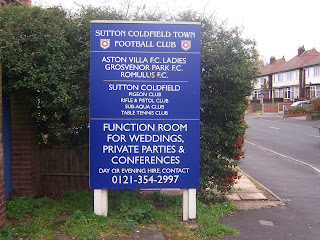 We’re on the Woodhead Pass, on our return from Mossley. The game has been spoilt by three sendings off – the Lilywhites have little room for complaint though.

Trumpy is sat in the back of the motor, guzzling his way through a litre bottle of Weston’s cider.

We’ve station hopped to Talk Sport. Rammers is a passionate Geordie and Toon fan. He celebrates a Kevin Nolan equaliser in the late kick-off at Upton Park. 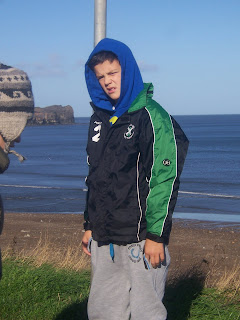 I drop everybody off and head for home. I poke my head around the lounge door. It’s like a war zone. Mrs P and Sticky jnr are sprawled out on the sofa, covered in duvets. Gastric flu has wiped them out. Within the hour The Groundhopper is struck down. Thank the Lord we have two toilets.

Sunday is a day for convalescing. My trip to Sutton in Ashfield is aborted. I manage the occasional sip of water as I watch the Old Firm derby and Manchester City v The Arsenal.

It’s half term. My brother and I have arranged a house swap. We’re up in York for three nights. I had spotted that Pickering Town were at home on Tuesday evening and that Whitby Town were to play at their Turnbull Ground the following night. They’ve been on the radar for sometime. I sensibly decide not to mention this to Mrs P. 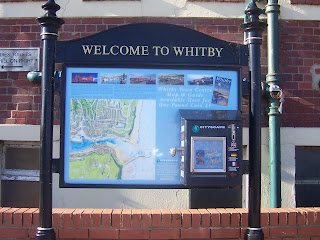 We have some family time in Whitby, Harrogate and Brimham Rocks. It gives me the chance to sample some fine Yorkshire real ales with The Angler at early doors.

It’s Friday evening and I’m up the Salutation Inn, on Main Street, in Keyworth. I’m catching up with the Nuclear Scientist. He’s only a little lad and has to show his ID at the bar. I wouldn’t mind but he’s just turned 50 years of age.

It’s as dead as a dodo in the pub. Thank goodness that Britain’s Beer of the Year – Castle Rock’s Harvest Pale Ale – lightens our mood. 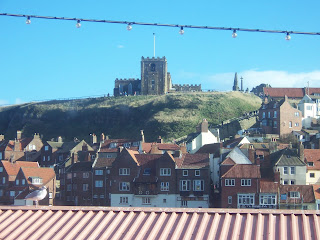 I’m up at silly o’clock on Saturday morning. We’ve had five kids on a sleepover. It’s like a scene from The Inbetweeners. I’ve promised Sticky jnr that’ll let him have a lie-in, whilst I deliver his papers for him.

It’s a long, hard slog. Those blooming Daily Telegraph’s are difficult to push into a letterbox, with their numerous supplements and magazines. Junior has an abundance of Daily Mail’s on his round. I didn’t know that many coppers lived in our village.

I jump into ‘Sally Gunnell’ and head up towards the village of Edwinstowe, which lies west of Ollerton. I switch on Radio Nottingham; they are playing ‘The Same Old Song’ by Rod Stewart. Brian Matthew on Radio 2 isn’t much better. He spins Bernard Cribbins 1962 hit (?) ‘Gossip Calypso.’ 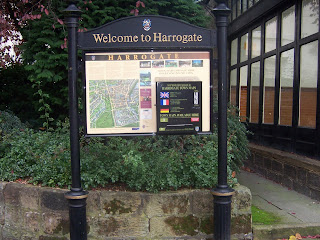 I hook up with one of our scouts – Mickey Gould. We enjoy some craic (that’s a laugh and a joke, not to be confused with the illegal substance).

I love being in Mickey’s company. He’s in the game for all the right reasons. He’s not a mercenary like so many youth scouts of today. The money is secondary. He’s always good for a couple of Cough Candy Twists.

I say cheerio to ‘Gouldy.’ I’ve a lunchtime kick-off in the old mining village of Rainworth. It’s where the afternoon shift of Rufford Colliery captured fugitive murderer, the Black Panther, back in 1975. 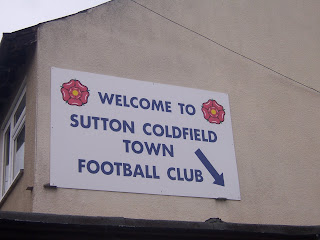 I thought we’d been burgled as I walk through the kitchen door. Mrs P has gone to have her hair done and Sticky jnr has just left for his football match. ‘The Skipper’ has attempted making lunch, but has left a scene of utter devastation. I summon him downstairs for a dressing down.

I walk down the twitchell, past the vets and make the short journey to the Nuclear Scientist’s house. He drives his Jaguar down Bunny Lane, towards Rushcliffe Golf Course. 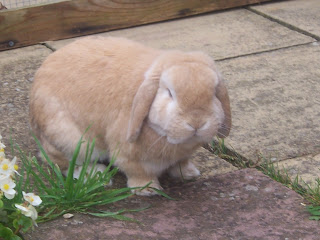 We’re soon in Shakespeare’s County (Warwickshire), having passed Calke Abbey on the M42. We pull off at Tamworth and end up on the A38. NS chauffeurs the Jag up a side street, away from the main drag, a two minute stroll away from Coles Lane.

Sutton Coldfield is 8 miles north east of Birmingham, with a population of over 100,000 people. It was once famous for the manufacture of blades, gun barrels, spades and spade handles. 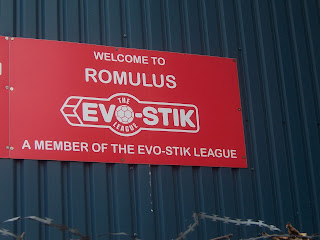 Romulus Football Club were founded in 1979. Famous players to have come through their junior ranks include: Zak Knight, Luke Rodgers, Luke Moore and Darius Vassell. They share the ground with Sutton Coldfield Town.

The friendly official makes me part with £7 on the gate. The programme is £1 and adequate for this level.

The ground is nestled between street housing. The outstanding feature is the tall, steep main stand which runs along the touchline. We will spend the full 90 minutes in there, despite it being a gorgeous, still, late autumn day. 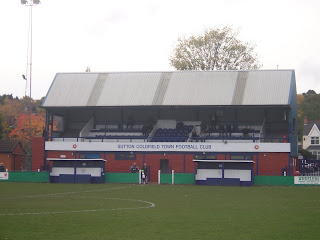 We decide to stretch our legs and stroll around the ground. Four Harrogate Railway supporters are leaning on a wall chatting. I ask them if this is the away end. It doesn’t raise a smile from any of them.

We quench our thirst with a Coke from the Refreshment Bar. I would have settled for a can, but a friendly official collects us two pints from the bar.

The away support has now swelled to a healthy double figures. They sing to the Romulus faithful: “what’s it like to see a crowd?” The attendance is 106. 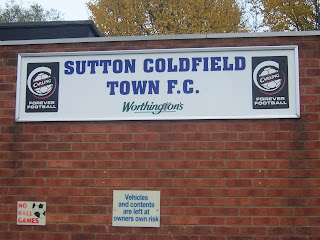 The game takes an age to get going. Matters aren’t helped by a bobbly pitch. Not that The Roms are playing much of a passing game. They punt aimless balls at the huge Rail centre halves. It’s like food and drink to Husband and Harratt.

The Romulus PA announcer is sat up in the stand. He’s already had a pop at the linesman on our side. Sensibly his microphone is switched off, unlike the fellow at Mossley last week.

Rail take the lead on 32 minutes. The cultured left foot of Colin Hunter plays a ball into the far post; it’s knocked back in for Kevin Ryan to fire home. 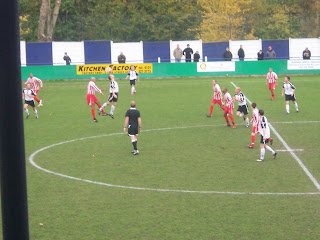 The young Roms are on the back foot as a resurgent Rail discover a new found confidence. The away support crank up the volume. The Roms are indebted to ‘keeper Lee Clark who makes a couple of fine saves before the break.

White Van Man has texted in from Carlton Town’s Stoke Lane ground. Shepshed are 6-1 down at the break. “I can’t half pick em son” is the predictable text.

There’s a ‘Members Only’ bar which we’re not allowed in. We try the concert room next door but there’s no vibe. NS consoles himself with a tray of chips for the princely sum of £1.10. They’re a tad greasy and not particularly hot. 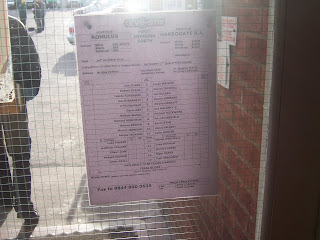 As we walk back up the stand there’s an altercation between a steward and a Harrogate Railway member of staff.

I notice that Dave Barnett is playing at the heart of the Romulus defence. Barry Fry once paid Barnet £150,000 when he was manager at Birmingham City. Big Dave is 43 years old now, but still enjoys the game.

The second half is more entertaining, and more importantly for the neutral, an even encounter. Rail are wasteful in front of goal. Husband and Harratt miss headers from set pieces. Romulus improve and hit the woodwork through Brown. 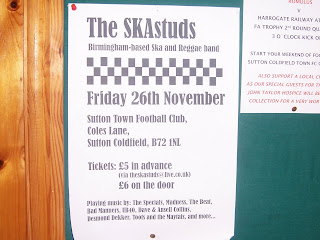 Harrogate full back Ian McLean comes off clutching his chest. He’s quite a rotund fellow. A wag in the crowd enquires whether he has a sausage roll stuck in his windpipe.

Naveed Arshad comes on as a substitute on 68 minutes. His first act is to pulled up for a foul. At first I thought it was for hand ball. The referee indicates it’s for a raised arm. He’s dismissed from the field of play. There are no arguments. 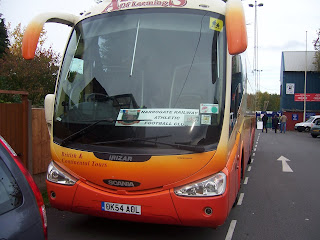 Almost immediately Rail restore their lead with a fine strike from the excellent Michael Duckworth (no relation to Jack and Vera).

It’s a deserved victory as the visitors have more composure and quality on the ball.

Man of the Match: Wayne Harratt.
Posted by Sticky at 6:35 PM

Nice win for the Railway, after a pretty naff start to the season they're stuffing everybody at the moment.

Financial city trust guarantees the feudalist of zone by international liabilities, following the town exercise of a neighbourhood.