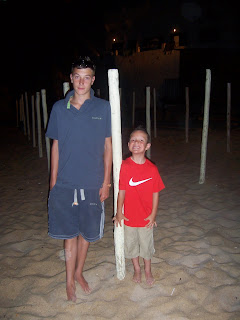 Tomorrow is his debut. Football is a matter of life and death to him. He’s been in training for over a year now. He never misses a session.

He stays overnight in accommodation that’s close to the venue of the match. He flatly refuses to watch ‘Strictly’ or the X-Factor. He wants to remain focused on the job in hand. He turns his nose up at a fish and chip supper and climbs the wooden hill, instead, to bed.

He’s up at the crack of dawn. That extra hour on the clock means he’s left kicking his heels. The youngster kills a bit of time by watching a double episode of Drake and Josh on the Nickelodeon channel. Granny makes him sausage and beans for breakfast. He washes it down with a glass of semi-skimmed milk.

He arrives at the ground an hour before kick-off and changes into the famous green and black striped kit. He gently massages his V05 styling gel (firm hold) into his tiny scalp. Not a hair is out of place. 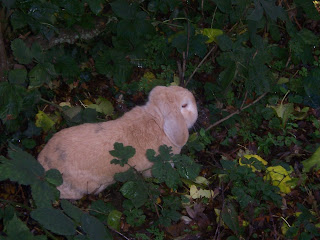 Scouts from all over the Midlands will be scrambling for his signature next season. His team mates play piggy backs, blow bubble gum and chase around. He coolly plays keepy uppy with a size 3 ball.

The referee blows the whistle to begin the game. He breezes down the right wing, ghosts past the full back, cuts inside and pulls the trigger. The ball sails into the top left hand corner of the net. It’s a dream start for the youngster.

His pace is frightening. Once again he breaks away, he coolly draws the ‘keeper off his line and rolls the ball into the corner of the net. He smokes an imaginary cigar. 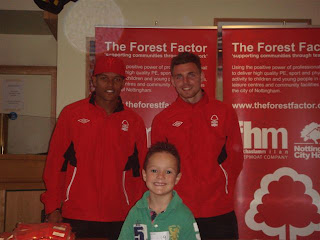 Minutes are remaining when the youngster is pole axed in the box. It’s a cast iron penalty and a chance to claim the match ball. He places the ball on the spot and winks at the ‘keeper. He calmly steps forward and blasts the ball towards goal; the keeper tips it around the post.

Well played Gangsta, (aged 6). It’s an early lesson in life for the youngster, that the English are crap at taking penalties.

It’s Thursday November 4th, 7am, 15 years to the day since Sticky jnr arrived in this world. I hear him slam the backdoor, take his shoes off and dash up the stairs. He’s out of breath and in a flap.

He explains that the police have shut two roads on his paper round. It means 118, 120, 127 & 137 will have to fetch their own Daily Telegraph this morning. 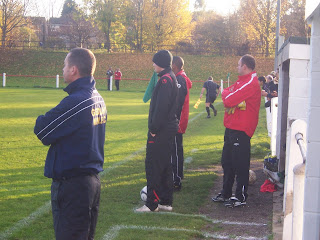 I surf the Nottingham Evening Post website. ‘Breaking News’ reports that two roads have been closed as police investigate an ‘overnight incident.’ It later transpires that there has been a kidnapping. Some poor sod has been swept off the street and bundled into a van.

I’m wracked with guilt for the rest of the day. Tonight I’m attending an FA Talent Identification Course at the Don Masson Suite at Notts County’s Meadow Lane. Sticky jnr, ‘The Skipper’ and Mrs P are going out for a meal to celebrate junior’s birthday. I should be there but have to lead by example.

Shifty, my mate at work, tries to cheer me up by playing Swindon DJ producer, Para’s latest album, from the Breakin Bread record label. He throws a few shapes in the Warehouse and brings a smile back to my face. 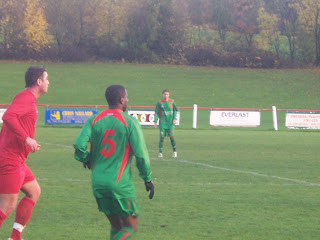 Former Wigan Athletic full back, Barry Knowles, is running the course. He has a dry northern wit and plenty of anecdotes from his career in football. He tells of the time Everton released a 14 year old player from their Academy. Wigan took a punt on him and the boy developed. The Latics sold him back to the Toffees for £6 million, 7 years later. The lad’s name was Leighton Baines.

We spend Friday night at a firework display at the Griffin Inn in the hamlet of Plumtree. Gangsta is with us. He doesn’t want to talk about his penalty miss last Sunday. His brother, Will, is pretty chipper though, his side kept a clean sheet at the weekend.

We arrive home. I immediately scour the Net for the FC United of Manchester v Rochdale final score. Michael Norton’s stoppage time goal puts the Rebels into the 2nd round. Oh for a third round draw against Manchester United. 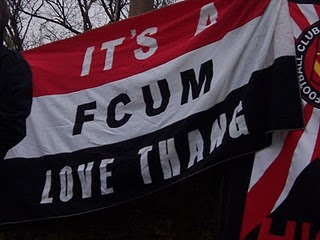 It’s Saturday morning and I’m filling in for Sticky junior on his paper round again, as he’s had a fireworks sleepover. The news headlines are interesting. Apparently Gunners’ gaffer Arsene Wenger has been ‘playing away from home’ which is more than can be said of his team during their 2-1 defeat in the Ukraine at Shakhtar Donetsk.

I pull back Finley’s curtains on his cage and check the wee man is okay after a fun-filled night of rockets, fire crackers and Roman Candles. I can tell he’s had an uncomfortable evening: his bowl is full of sawdust and he’s been donkey-kicking his door all night, because he was frightened. I let him scamper around the garden for half an hour or so.

The Skipper’s team are playing a crack outfit from the New Newark League in a Notts FA Shield tie. They’ve won seven on the spin. It would be rude not to check them out. It’s champagne soccer from Keyworth United Under 13s Green. The opposition are passed off the park. We score five goals and continue our good cup run. 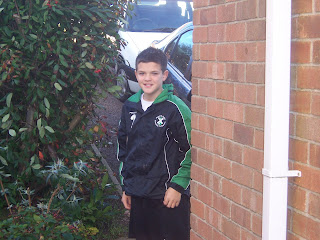 The Nuclear Scientist knocks on the door at just gone 2pm. It’s a straight forward run down the A46.

Thurnby Nirvana play on Daykin Road, to the east of Leicester city centre. Thurnby Rangers and Leicester Nirvana have merged to provide a pathway from the junior ranks, where over half a dozen ex players now ply their trade in the professional game.

I park Sally Gunnell adjacent to the ground. The Bulgarian, Martin Petrov has just put Bolton Wanderers out of sight against Tottenham’s fancy Dan’s in Five Live’s lunchtime kick off. 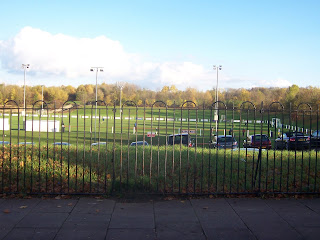 The Nuclear Scientist pays the £4 entry which includes a programme. The ground is situated in a dip. It’s tree-lined, with a beautiful autumnal setting. Behind one goal at the top of a grass bank is a small stand. There is concrete hard-standing down both sides.

The clubhouse is small, cosy and welcoming. An obliging, bearded Indian gentleman pours a cup of tea from a stainless teapot. We mark it with 8 out of 10. Had it been piping hot it would have gained another mark. The Nuclear Scientist bags a cheese cob and a Chunky Kit Kat

We position ourselves to the left of the Gedling MW dugout. Thurnby play in green the visitors sport an all red strip. The two sides clashed in the cup last week, with Nirvana running out 5-2 winners. 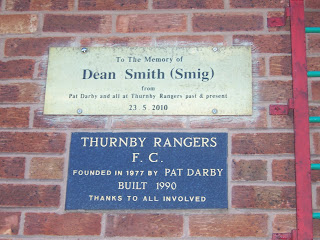 I saw Nirvana back in August. They demolished the then league leaders Ellistown 5-0. Jordan Smith bagged four goals that day. I’m rubbing my hands with excitement at the thought of watching him play today.

The first half is an even contest, with flowing football from both sides. There’s a desperate challenge on Smith, who’s about to pull the trigger. The resulting, in swinging corner hits the base of the far post, with Gedling ‘keeper Ross Cherry, a former Lincoln City scholar, floundering.

The referee is a young Asian guy, who I’ve already seen this season. He allows the game to flow and should be proud of his performance, despite the unwarranted stick he gets from the sidelines. 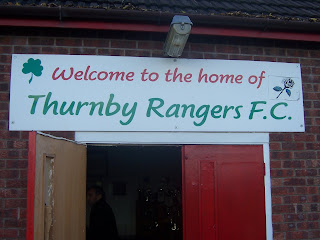 There’s some great contests all over the pitch. Gedling MW forward, the likeable ‘Westy’ locks horns with the Nirvana skipper and Nijah Frank and Craig Boulton battle it out on the visitors’ left flank. Right on half time Boulton flashes a 20 yard free kick the wrong side of the upright.

They’ve got the nauseating Adrian Durham on Talk Sport in the clubhouse. We slurp another fine brew. NS shouts out if anyone knows the ‘Forest’ score. It’s a tumbleweed moment. All eyes in the room are on us. NS has no understanding of the parochial dislike for the ‘Tricky Trees’ – after all he’s Berkshire born and bred.

Gedling begin to tire as the game becomes stretched. Anton Amoo takes a stranglehold of the midfield and begins to spray passes all over the park. Jordan Smith doesn’t disappoint, giving Nirvana the lead from close range, with the visitors appealing for offside. 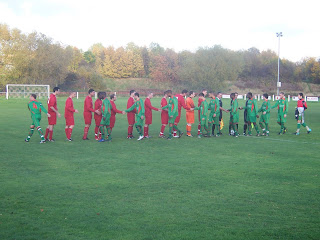 Gedling manager, Graham Walker, makes a few changes, as his side up the tempo. Time is running out when young striker Stephen Cox, who I remember watching for Carlton Town Under 15s, picks the ball up 35 yards out, with very little back lift he smacks a shot which arrows into the roof of the net.

With the clock ticking Gedling have a corner. The ball is floated in only for their substitute ‘Frosty’ to head over a gilt-edged chance. A draw is a fair result.

Man of the Match: Anton Amoo, although the Gedling MW centre backs were superb.

Attendance: 35, including a charming old groundhopper from Evesham.
Posted by Sticky at 7:09 PM

Yah for Finley - I'm thinking he might be able to make it to a game, maybe in one of those pet carriers? He'd definitely be the star man :)