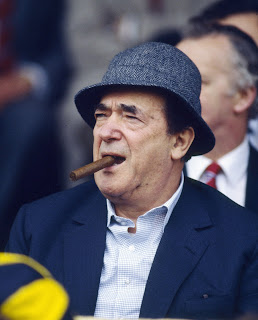 It’s been an amazing week. It started last Sunday afternoon at 3pm. I’ve been out scouting all weekend and to be honest have not been rewarded for my efforts. Sticky jnr has come flying back from his game at Dunkirk where he bagged a goal and set one up. We flick the Ceefax on; Notts are racking up a decent score in their Pro 40 championship decider against Sussex. We jump in the car and fly down Trent Bridge.

Two hours later and we can almost pop the Champagne corks. Sussex are 130-8. What follows is the most amazing one day innings I’ve ever seen. Murray Goodwin swats the Notts’ bowlers to all parts of the ground. He and his partner Sami hit an incredible and chanceless 93 off the last 9 overs. Goodwin finishes it in style by hitting a straight six into the second tier of the Radcliffe Road Stand off the last ball of the game. It’s pure genius. He’s as professionals put it ‘in the zone.’ 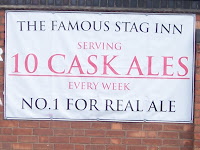 We’ve spent Wednesday and Thursday in Prague. The Architect and Ergo’s Assistant Contracts Manager have joined Mrs P and myself. We have pounded the streets of the picturesque Czech capital. We’re dead on our feet, sat in a bar, tucking into a few Pilsner Urquell. The subject of tonight’s impending UEFA Cup tie at Slavia Prague crops up in the conversation. Mrs P threatens divorce proceedings if I set foot in the ground. Wisely I order another Pilsner instead. She was right though, the game ended 0-0. 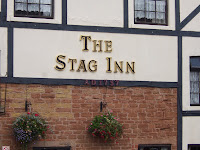 The Czech Republic is in eastern Europe and has a population of ten million. Famous people from there include: Ivan Lendl, Martina Navratilova, Patrik Berger, Petr Cech and the loathsome ex Daily Mirror owner Robert Maxwell. Not only did he nearly cost my father his hard earned pension but also worked down the A52 as owner of ‘The Sheep Dip.’ He also harmed any real chances of a Czechoslovakian gold medal in sailing in the Barcelona 1992 Olympics by falling off his boat on a trial run in the Canary Islands in 1991. 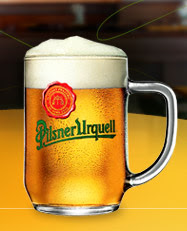 I’m up with the larks and have both cars cleaned by 10am. I’ve arranged to meet Mrs P at the Forest Recreation Ground at 12.00pm as ‘The Skipper’ has a game there.

I slip down to Highfields Park in Nottingham on a scouting mission. Over 50 boys are today having trials for City Boys Schools U11s. 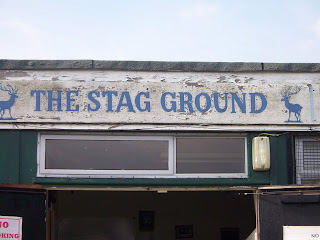 I hook up with Mrs P and watch my old team, despite huge provocation, football their opposition off the park. ‘The Skipper’ is punched in the back of the head, other boys are victims of horrendous challenges. Jesus Christ, these boys are only 10 years old.

Shocked, shaken and still angry from these events I drive through Radford and Hyson Green en route to the A610. I drive past the site that once was Babbington Colliery, my first place of employment, twenty seven years ago.

Kimberley is six miles north west of Nottingham and has a population of 6000. It was once famous for coal mining, brewing and hosiery. Greene King Brewery have recently bought out Hardy Hansons. Famous people from Kimberley include Great Britain Superbike Champion John Reynolds and Keyworth Cricket Club legend Stuart Meek. 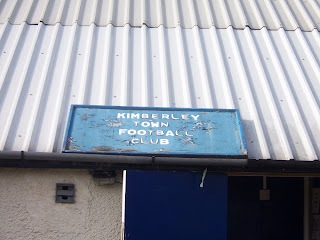 Kimberley Town were formed in 1886 and play in the Central Midlands Supreme Division. They have been struggling a wee bit this season, and I’ve noticed they’ve been advertising for players.

I park up in Newdigate Street and have a stroll around the town. I like this place. The high street is bustling, the sun is shining and the residents are drinking. To my right are the war memorial and Sainsbury’s. I walk up the hill towards the ground, past a tea shop and a funeral parlour; a place I would have been laid to rest in had I watched the Slavia Prague game. 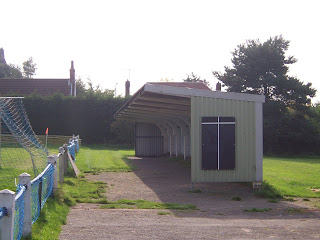 I ‘ve been itching for a pint in the glorious Stag Inn for over a year but have no time for one today. The ground is tucked away behind the pub. I walk up a snicket to get there.

I think it was £3 to get in (I’ve forgot) and it’s a further £1 for an information packed programme which is quality for this standard of football, although a few staples wouldn’t go a miss.

I introduce myself to Danny the groundsman. He’s making some minor adjustments to the goal nets and has his mobile phone constantly glued to his ear. 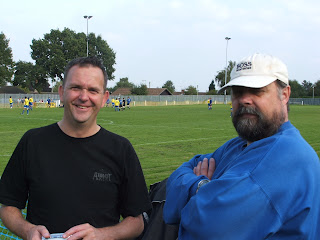 The public address system is crystal clear. The DJ revels in the basking autumn sunshine and gets us all in the mood with Wham’s Club Tropicana. That reminds me, I wonder where the toilets are.

I’ve had nothing to eat since breakfast, but settle for a can of Vimto from inside the clubhouse. The ground is a little run down, but it has some nice little touches. It’s got soul. The pitch is on a slope and the dug outs are on opposite sides of the ground. 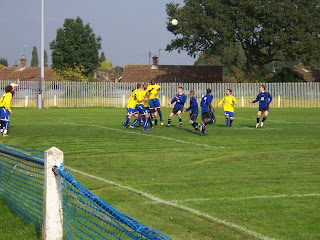 Today’s visitors Gornal Athletic play in the West Midlands (Regional) League Premier Division, a level above Kimberley, and were formed in 1919. They have only lost once in the league and have a 100% record on their travels. They are from Dudley. Well known folk from the area include; Duncan Edwards, Sam Allardyce, Sue Lawley, Norman Pace and Lenny Henry.

I’ve arranged to meet Malc and Kev from the ‘On the Road Blog.’ They live down the road in Hucknall and are a bit of a comedy duo, bouncing insults off each other. It’s a good job they are here as the first half is as dull as dishwater. 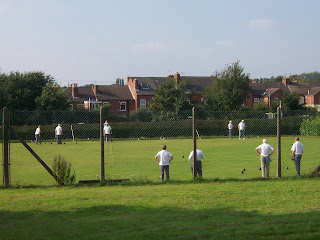 They are playing crown green bowls just behind me and I decide to watch a couple of ends, as it’s marginally more interesting than the fare on offer on the football pitch. The silence is shattered when another skew whiff attempt by Gornal’s number nine flies over the clubhouse landing on a parked up Toyota Avensis roof and finally smashing against the fencing that surrounds the bowling green.

The highlight of the half arrives on 38 minutes with a text from Mrs P asking me if I can pop into Budgens to get some poppadums. 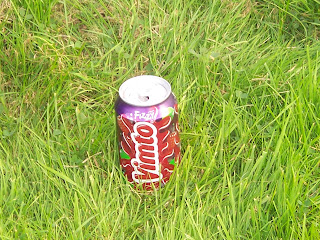 Gornal’s 10 jacket Adam Checketts is their creator supreme. He leads the line well, holds up the ball and has a great touch. He plays in Robertson who wastes a golden chance. Kimberley have a few chances of their own but it’s deadlock at the break.

‘Daft Lad’ Kev has given the thumbs down to the sausage rolls on offer but I’m starving now and decide to purchase one along with another can of Vimto.

I can hear the amusing Jeff Stelling on Sky Sports saying that ‘The Sheep’ are one up.

We stand behind the goal that Kimberley attack, by the corner flag. We should have really moved because Gornal are all over ‘The Stags’ like a rash and surge forward at every opportunity. They start to get the ball into wide areas and there really is some desperate defending and brave goalkeeping by the hosts.

Adam Checketts hits the upright and there are a couple of blocks on the line. Kimberley’s luck can’t hold out any longer and Gornal finally take the lead. The ball falls fortuitously to the feet of Tim Nicholls; he waltzes around the keeper and slides the ball into an empty net. 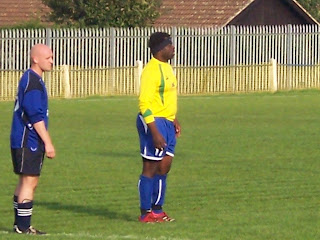 The Stags introduce one of their substitutes into their powder puff attack. He is a source of amusement for the three of us and looks more suited to American football than the beautiful game. Incredibly he gets a shot on target, it’s goal bound, but unfortunately hits his own man and flies out of play for a goal kick.

Kev’s got his earpiece in and reports great news from Pride Park: Cardiff are back on level terms.

Gornal wrap up proceedings in injury time with 15 jacket stabbing home from close range, with the home defence once again carved wide open.

The excellent referee Mr Pashley finally blows the whistle. The second half has lifted my spirits and I’ve enjoyed a good day out with new friends at a friendly club.

Man of the Match: Mark Rawson.
Posted by Sticky at 7:58 AM

Great stuff...enjoyed the afternoon, even if the teams did their best to spoil it...

I forgot to mention the referee - must have been a good one because the only thing I remember about him was the fact that he was so young...mind you, the players were well behaved and there were no real "incidents" at all......

Stick
Takes me back - The Stag was my Granddads local, and I spent a few happy afternoons outside with a coke and a bag of crisps. Always wondered why he never came back with a mutt when he said he was off 'to see a man about a dog' though...

Was the Vimto full strength ?