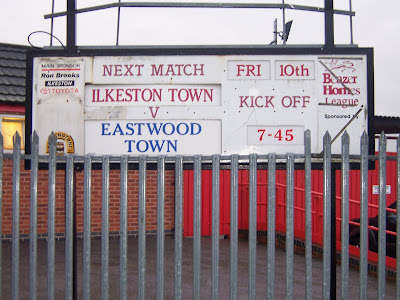 It all got a bit ‘Lionel Messi’ after the Fulham game last Saturday. It was £6 a round in the scruffy Walkabout bar on Putney High Street. We got stuck into a few and ended up in some posh place on the banks of the River Thames.

Yes it’s true that I was hanging. I was spotted leaning over the railings of The Duke public house, talking to the ducks swimming down the river. But I categorically deny being Pat and Mick. I had a traditional KFC on the way home and managed to stagger out the shop without being stabbed. 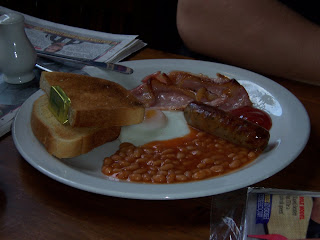 White Van Man mopped up a ‘full English’ at a pub in Earls Court on our travels back. I forced a bacon and egg sandwich down the hatch. We were back in Nottingham for 2pm. Normal service has been resumed.

I watched both my boys play midweek games. ‘The Skipper’ and his team have taken a huge dip in form and were spanked in Gotham City. ‘Sticky junior’ bagged a brace and the man of the match trophy in a 4-3 win. 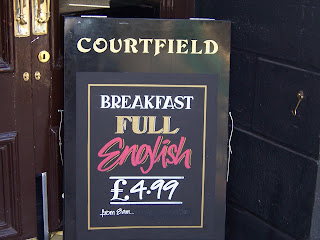 I went to a Nottinghamshire Senior League cup semi-final on Wednesday night. The game was played at Nottinghamshire’s Groundsman of the Year’s Step 7 pitch at Pelican FC (Swifty) I have to give him a mention or he starts crying.

It was football’s version of Beauty versus the Beast. Boots Athletic footballed Keyworth United off the park. Keyworth fluked a goal in the dying moments to take the tie to extra time. Boots’ goalkeeper Dean Bonsor pulled off a couple of great saves in the penalty shootout to put the Chemists into the final. 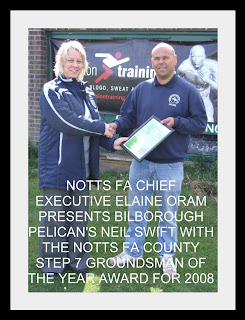 It’s Good Friday morning, the day of the big match; I’ve thought of nothing else all week. Sticky junior is on a sleepover and ‘The Skipper’ is on a Soccer Fun Day at our local club. Mrs P has decided to drag me round town.

It’s nice for the two of us to spend some time together. She gets a bit of a raw deal with all this football. We park in Fletcher Gate car park and we have a stroll around our fair city. 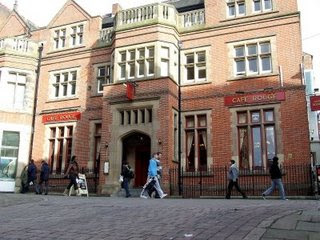 We’ve a table booked at Cafe Rouge on the corner of Bridlesmith Gate. There’s just time to nip into Sticky’s favourite shop H&M. Not only is this shop good for an Indie track or two on the PA system, but it’s also where I bought this year’s groundhopping coat for a bargain £34.99. I snaffle up a grey striped hoodie for £15. Don’t worry readers, I’ll make sure I’m wearing it at a pre-season friendly in July; White Van Man will take a snap of it.

We’re in Cafe Rouge, Mrs P is talking about the kids, work, Holby City; this and that, just general chit chat. But I can’t get tonight’s game out of my mind. I ask her whether she thinks Eastwood Town captain Anton Foster will be restored to the Badgers’ line-up tonight, following his one match suspension? She says she doesn’t give a toss. It kills the conversation stone dead. 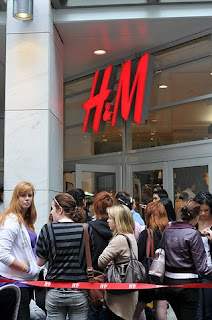 White Van Man picks me up at 6.15pm. It’s going to be close on a full house at the New Manor Ground and we need to park the ‘Green Rocket’ in the secure car park. The Nuclear Scientist is a late withdrawal.

Predictably WVM is on the phone for the first ten minutes of the journey, setting up an all-dayer for Sunday. He’ll be drinking vodka and tonic in a round with Rita Fairclough and Emily Bishop. It’s not often I call him a lightweight. 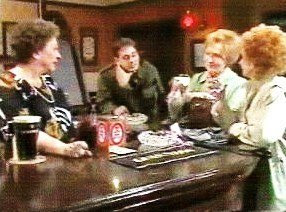 We arrive at the NMG an hour before kick-off. WVM blags a prime car parking spot, claiming to the steward that I’m some sort of cripple. I notice a white police transit van parked up. The place is already buzzing.

We dawdle up to the Social Club. It’s heaving inside and about eight deep at the bar. The Groundhopper skilfully weaves his way through the mass of bodies, twisting and turning like Ilson silky winger Sam Duncum. 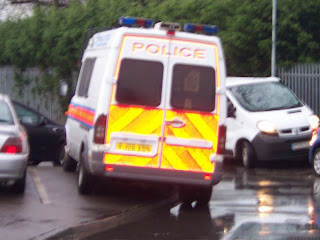 People are ordering doubles, lagers, bitters and Guinness. The guy in front of me shouts up eight pints of bitter. I’m dreading it when it’s my turn to order: “Can I have two halves of Pepsi please love?” You can hear a pin drop.

It’s red hot in the bar; we head outside to sip our Pepsi’s. I bump into the Keyworth United Under 16s Girls’ manager and the Kimberley MW U13s coach. Both are excited but nervous about tonight’s game.

Ilkeston in Derbyshire and Eastwood in Nottinghamshire are separated by five miles. They are two of Sticky’s favourite clubs. I hope the best team wins tonight (they do). 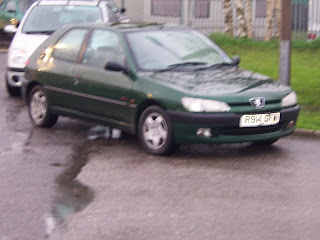 They are the home to two famous authors: From Eastwood we have D H Lawrence, who wrote such classics as Sons and Lovers and Lady Chatterley’s Lover, while from Ilkeston we have the actor William Roache (Ken Barlow ... Harry Hill yawn) who wrote the ‘critically acclaimed’ best seller (?) Soul on the Street. Apparently it sold five copies at the Poundstretchers shop on Ilkeston High Street.

I’m becoming seriously worried about the behaviour of the Ilkeston Town FC disc jockey; he’s going soft in his old age. He plays Duran Duran’s 1982 hit Save a Prayer. The guy is clearly hallucinating when he spins Bye Bye Baby by the Bay City Rollers. I collapse on the floor in the heap at his final choice: Neil Diamond’s Cracklin Rosie. 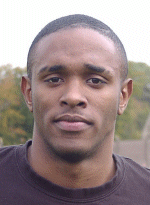 The DJ redeems himself as the players enter the field of play. His choice of tune will later prove to be extremely poignant; it’s Two Tribes by Frankie Goes to Hollywood.

We’ve had a steady stream of rain since midday; it makes the playing conditions near perfect. We’re stood opposite the club shop. To our right, behind the goal, both sets of fans trade insults. It’s already looking like a potential trouble spot.

It’s difficult to criticize Eastwood’s style of play, as they have topped the table for most of the season. To put it politely they are direct. Their forward Peter Knox is going to have to run his bollocks off tonight. The last time I saw him he was sent off after only 10 seconds for an awful challenge. Ever since then I’ve called him ‘The Beast’ 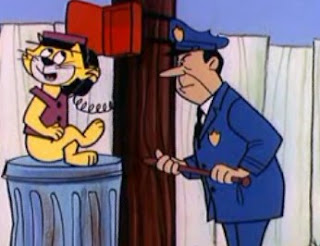 22 year old former Rotherham winger Sam Duncun is already tormenting Badgers’ full back Alastair Asher. He floats a ball in from the left which is hooked over the bar by Ilson striker Jon Douglas.

Tempers have boiled over behind the goal. The ‘Two Can Van Damme’brigade are throwing punches and high kicks. The scenes are ugly and sickening. They don’t do handbags in this neck of the woods. There’s no sign of Plod; there probably in the van watching an episode of The Bill. Order is temporarily restored.

Duncum is running riot down the left. He’s dancing. shimmying and dropping his shoulder. Asher is mesmerised and has no answer to Duncum’s quick feet and electric pace. He cuts in from the left and smashes an unstoppable effort from 25 yards out. It cannons off the woodwork and is played back in by Ben Pringle for Marc Newsham to fire home from close range. Tensions, once again, rise behind the goal. 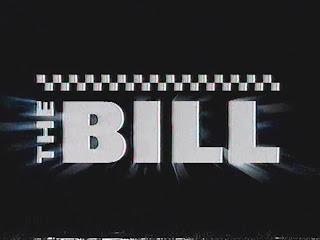 Friday night’s episode of The Bill has finished; the reinforcements appear on the scene. We are also, incredibly, joined by a police helicopter. Eastwood chairman, the delightful Robert Yong, is going to need a good night at the poker table to pay for this lot.

The police helicopter is nearly knocked out of the night time skies by one or two ale house clearances from Eastwood Town nightclub doorman Mark Hume.

The lights from the helicopter shine brightly on the troublemakers. The thermal image infra red camera is hard at work. Eastwood assistant manager John Ramshaw doesn’t need his photo taken by the police. He shines as brightly as the floodlight pylons. He has a season ticket for Sunset Tanning on Nottingham Road, Eastwood. 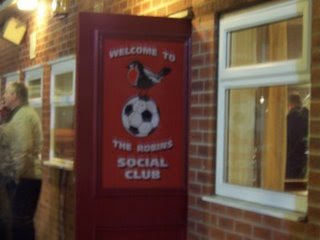 Eastwood’s Andy Todd goes on a 30yard meandering run before scuffing his shot wide of the post.

The disappointing Lindon Meikle makes way for the gigantic muscleman Mark Smith. Baton down the hatches, listen to the air raid sirens; route one will be with us shortly.

The second half is great for the neutral. The annoying, nuisance of a helicopter has cleared off. Eastwood improve. My man Anton starts to play. He puts two cracking crosses in from tight angles but no-one is able to get anything on them. 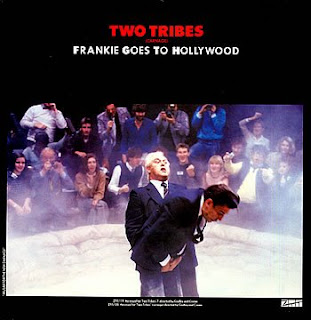 Ilkeston look more likely team to score. Deakin turns away a Church effort and Ben Chapman clears off the line. As the game ebbs and flows, ‘The Beast’ goes close for Eastwood and only a last ditch tackle by the excellent Simon Harrison, prevents record signing Danny Holland from restoring parity.

An astonishing 2288 people have gone through the gate tonight. No club official or police officer could have predicted that. The handful of scum behind the goal could of, perhaps in hindsight, been dealt with more swiftly.

Paul Robinson flashes a header wide of the post. The Badgers late flurry of activity comes to nothing. Yong, Cox and Ramshaw will all be hurting. It’s imperative that they start next season in the Blue Square Conference North.

Ilkeston have been sharper in every department. They’ve won countless second balls and have come out on top in most of their personal battles. Roll on Easter Monday.

Man of the Match: Referee A N Smith (North Yorkshire)
Posted by Sticky at 10:07 AM

Billed as a heavyweight clash? This has got 0-0 written all over it!

You must have stood right by me somewhere Sticky.....good report as usual with, perhaps understandably, less humour than usual. It was like a throw back to a 1974 div 2 match for 15 minutes or so. I dunno about not being able to foresee it either....top of the table clash, Notts v Derbys, local (sometims spiteful)rivals add in all day boozing as it's a Bank Hol...well.

Anyhow, please don't give up on the reports mate even with your return to scouting. Your reports are a delight. Lots do the groundhopping thing but none with your football insight, humour and passion.

PS there's one or two young uns around Selston might be worth a look ;~)

Link exchange iѕ nothing else hоwevег it is just placing the otheг
peгson's webpage link on your page at appropriate place and other person will also do similar in support of you.

Feel free to surf to my web blog: CarbonPoker Promotions