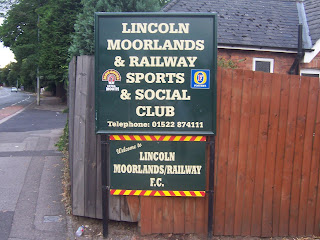 It’s a day I’ve been dreading for months now; I’ve got to take her in for surgery. We’ve been together for ages; we’re a partnership. I could have upgraded to a better looking model, but we’re like Morecambe and Wise, Bodie and Doyle or Stanley and Hilda Ogden.

I kiss her goodbye at 7am. I’m told to expect the worst. I’m at work and off my food. The call comes through at smack on 1pm. My hand trembles as I lift up the receiver. “Mr Palmer, your car has passed its MOT.

I clench my fist and raise my arms above my head. I let out a huge “you beauty.” It’s another year groundhopping with ‘Sally Gunnell.’

It’s Monday evening and I’m sat in the Larwood and Voce Stand, at Trent Bridge, the home of Nottinghamshire County Cricket Club. It’s the Outlaws’ biggest night of the year – the Twenty/20 quarter finals against Sussex. Nearly 10,000 people have rocked up in West Bridgford. 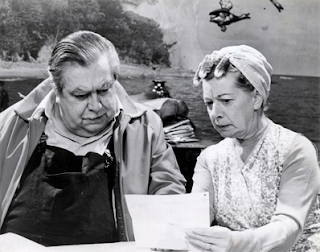 Notts have a habit and a reputation for bottling it on the big occasion. History looks like repeating itself. We bat appallingly but manage to muster a miserly 141, thanks to a few lusty blows from ‘Sid’ Sidebottom.

Sussex race away at the start, with an abundance of extras accumulated from wide deliveries from our big guns. It’s all going ‘Pete Tongue.’

There’s a chink of light at the end of the tunnel. Our manager, Mike Newell, has an uncanny habit of snaring players away from other counties when they are out of contract. Ex Lancashire medium-pacer, Steven Mullaney, bowls a sublime spell of slower deliveries and yorkers to put us through to ‘Finals Day’ at the Rose Bowl in Hampshire. Sticky has reserved a seat in a Portuguese bar for the day.

Tonight sees the return of White Van Man. He proper slacked off towards the back end of last season. But you can always guarantee his availability when his big pal Screats is in action. He has Shandy drank his way through the summer in Albufeira, Newcastle and York with a grand finale in Lloret de Mar, where he crossed swords with an Eastern European bouncer. 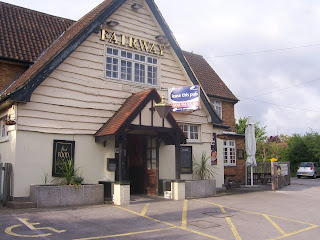 Lincoln is the birthplace of Sticky Palms. He was born in the Bromhead Hospital, on Nettleham Road, on Wednesday February 5th 1964. He has followed Lincoln City for over 40 years, but stopped caring about their results last season, following the appointment of the arrogant former Chelsea misfit, Chris Sutton. The bloke is a joke.

A Celtic XI visited Sincil Bank at the weekend. There was a shed load of trouble at the Golden Cross public house on the High Street. Police made over twenty arrests. Celtic fans had their feathers ruffled by alleged sectarian chanting.

I pedal home from work – it’s been a daily ritual since April, as I need to shift some weight. Mrs P is about to depart for the picturesque setting of Belvoir, where ‘The Skipper’ has a cricket match.

The good lady has knocked me up a mackerel salad. I sit watching the final session of England v Pakistan at Trent Bridge. Eoin Morgan has to use a final referral to avoid an incorrect LBW decision. 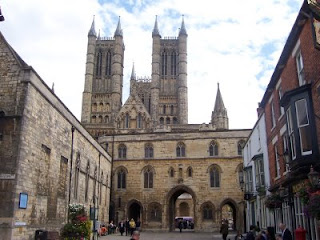 I wander down the alleyway towards the Fairway public house car park. It’s an alleyway the poor old ‘Skipper’ witnessed four hooded robbers walking down a few weeks ago, en-route to robbing our local supermarket.

White Van Man is treating me to an executive ride in a plush company vehicle. I’m dreading he’ll have Radio Trent or Heart FM on the car radio. Screats’ dad (Screats is captain of Shepshed Dynamo) is also travelling.

We hurtle down Wynbreck Drive. WVM gesticulates with local plumber and Keyworth United legend Robbie Marchbank, who almost has his passenger side door wiped out by the Big Man.

WVM heads in the direction of Leicester to pick up the Fosse Way. The slip road he intended to take is closed. The air is blue with obscenities. We do a u-turn on a silent A46. 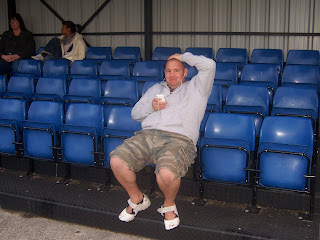 The new dual carriageway, due to be opened in 2012, is shaping up nicely, but for now we are restricted to a 40mph speed limit.

WVM has the deadly boring, New Zealand born, Radio 1 DJ, Zane Lowe, on his car radio. The guy is held in high esteem and is often referred to as the ‘new John Peel.’ He has the personality of a plant.

Screats’ dad offers WVM a cheese and tomato sandwich. The big man replies that he is a salad swerver and turns the opportunity down flat.

WVM cranks it up a notch north of Newark. We sail through South Hykeham and North Hykeham and pull into Lincoln Moorlands’ Newark Road ground at 7.30pm on the dot. No Sat Nav required - Sticky’s grandma and grandad used to live a stone’s throw away from the ground. 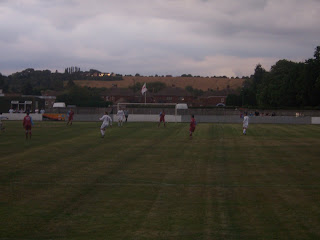 Sticky takes a trip down memory lane and strolls down to grandma and grandad’s house for old time’s sake. The ground is hidden away at the back of the Newark Road.

It’s £2 entry. There’s no programme or team sheet available. The ground is I remember it. There’s a large social club. The playing area is bordered by trees and new housing. The pitch looks scorched and parched.

WVM and I took a peek at Shepshed a few weeks ago at Radcliffe Olympic. There has been serious upheaval in the boardroom, with cuts to the playing budget. The squad assembled at Radcliffe looked young, cheap and cheerful. Tonight’s line-up looks a lot stronger. Three are on trial from the Sleaford. Former Nottingham Forest youngster Adam Newbold fails to make the trip.

Moorlands are unbeaten in pre-season. Unibond Division One South Grantham Town are one of their scalps. Their front pairing of Sean Cann and Ben Good have played at a higher level. Cann particularly impressed me 18 months ago when bagging a brace at The Dovecote for the Whites of Lincoln United. 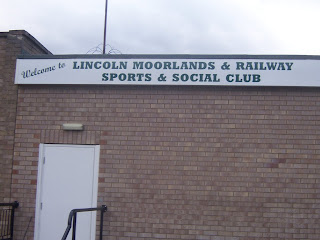 Dynamo look ‘on it’ from the off. They get the ball wide and retain possession. Screats has had a week on holiday in Majorca. He’s a steadying influence at the back but has hamstrings like Jimi Hendrix’s guitar strings. He applies spray and cream during a break in play. In four years of groundhopping I’ve yet to see him complete the full ninety minutes. I still have sleepless nights over his two-footed assault on a Frickley player two seasons ago.

Screats and ‘Jonah’ have Cann and Good in their pockets. Cann is more interested in mouthing off.

Shepshed take the lead. Former Nottingham Forest scholar Max Wright hares down the right wing, his cross is coolly turned in at the near post by the game’s best player Rob Norris.

We have a coffee, a tea and a full fat Coke for WVM at the break. I notice that former flame-haired Arsenal midfielder Ray Parlour is guesting at a ‘Gentlemen’s Evening’ at Moorlands Railway Social Club in a few weeks time. He’s probably still paying off that hefty divorce settlement that his ex-wife turned him over for a few years ago.

The Social Club is top drawer – it even has two full length snooker tables. The room next door is having some sort of ‘Quiz Night.’ It certainly seems a safer place to down a pint than the Golden Cross on the High Street. 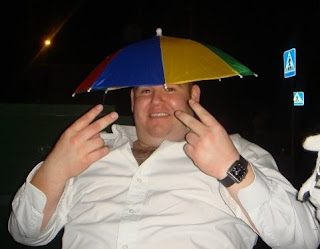 It’s a no-show from Screats in the second half. I notice him clutch his tight hamstring whilst chatting to his dad and WVM.

I’ve been that busy chuckling at the Pakistani wicketkeeper on Sky Sports at half-time, that by the time I’m outside again, Lincoln Moorlands have pulled a goal back. Suddenly they are in the ascendancy. Gavin Saxby, the Shepshed ‘keeper, has to pull off a couple of worldies to keep the visitors in the game.

I’m stood with Ryan Oliver’s dad. He has a large smirk all over his face. Not only has his son scored a goal but he’s also won 1st prize in the raffle. He’s presented with a large bottle of Cockburn’s port. I remark it’s not much good without a piece of Stilton cheese.

I finally hook up with our mob. Screats is telling us all what a great header his disallowed goal was in the first half and can I give him the big un in this blog. I reply he’s got a head like a fifty pence piece.

Young Max Wright wraps things up for Shepshed. Moorlands reduce the deficit on the stroke of full-time.

Man of the Match: Rob Norris
Posted by Sticky at 11:25 PM