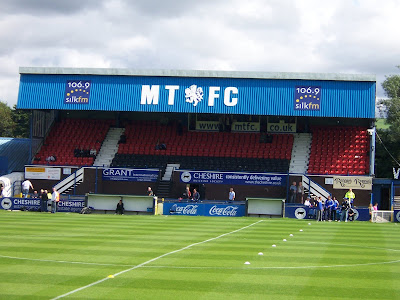 It’s 5pm on Monday August 3rd. I’m at East Midlands Airport, sat on a First Choice airline bound for Majorca. The Groundhopper is shaking like a leaf on row 21 seat d. Across the aisle are an amused and sniggering Mrs P, Sticky junior and The Skipper.

I’m an awful passenger. I get blocked ears and suffer anxiety attacks. I’ve already perused the ‘Non League Paper’ and have moved onto the cult football magazine ‘When Saturday Comes’ as the plane taxis the runway. 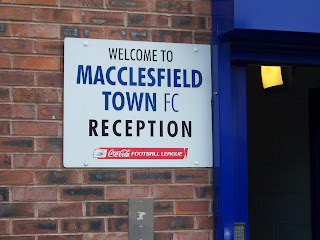 I’m biting my nails. Two young whippersnappers, from Birmingham, are adjacent to me, behaving appallingly. They’re drunk, disorderly and on their way to Magaluf. An amusing anecdote on the letters page in WSC causes me to forget my woes, for a short while at least. It’s from a reader in Redcar:

‘Alan Shearer visits a hospital in which a friend of a friend works. It’s just before Christmas. It’s a children’s ward and after saying hello and handing out gifts to various sick tots one of the doctors asks if Shearer might come and say a few words to a boy who has been in a coma for several months. “We thought maybe if you talked to him it may get some sort of response,” the doctor says. Shearer duly goes to the boy’s bedside and takes his hand. “Hello son,” he says. “I don’t know if you can hear me but it’s Alan Shearer speaking.” Immediately the Geordie legend says these words the boy’s eyes pop open and his lips begin to tremble. “F-f-f-f... f**k off you big twat.” The boy’s a Sunderland fan. 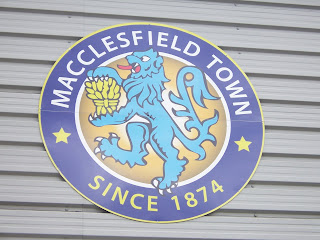 I mentioned to Mrs P that I might be visiting Macclesfield’s Moss Rose ground whilst we were sharing a bottle of wine in Alcudia old town. She’s sick of the sight of me and gives me the green light to go.

‘Sticky junior (closet ‘Pie’ fan) and ‘The Skipper’ announce on Saturday morning that they want to go to watch the ‘Tricky Trees’ against WBA. I fly down The City Ground to get them some tickets. A fire engine careers into the Forest car park, with its lights flashing and sirens bellowing.. Surely they’ve got the wrong ground? They should be at Meadow Lane hosing down ‘Charlie’ McParland’s cheque book – it caught fire again yesterday when Manchester City ‘keeper Kaspar Schmeichel penned a five year deal, smashing County’s transfer record. 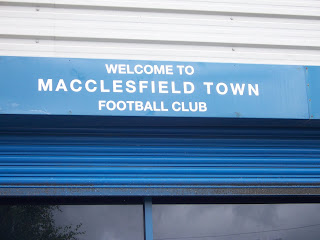 I say cheerio to Mrs P and the boys at just gone midday and head out to Cheshire. I drive through Gotham, onto the A453 and finally the A50. Squally showers batter the ‘Rolls Royce’ windscreen.

The excellent Mike Ingham and Darren Fletcher keep me entertained as they commentate on the Premiership curtain raiser between Chelsea and Hull City. Sticky’s favourite, Dutch international George Boateng, is having a stormer. There’s a minute’s applause, before the game, for former England manager Bobby Robson.

I heard a cracking question on Five Live earlier in the morning: Which Premiership defender scored his first Premier League goal in 1993, but had to wait for nearly fourteen years to score his second? 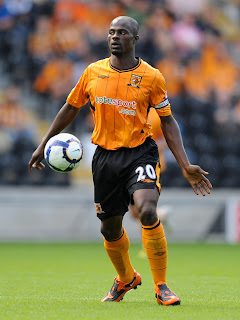 I drive past the JCB World Parts centre at Rocester and turn right towards Leek. The old sun-tanning shops, in this neck of the woods, have struggled for trade since Eastwood assistant manager John Ramshaw left his post at Leek Town a few seasons ago.

The drive feels lonely. Everyone has gone to watch Forest today. I miss White Van Man’s raucous laugh and The Taxman’s moaning and groaning.

The speed cameras in Staffordshire and Cheshire are phenomenal. There’s the opportunity to pick up more penalty points than Chester City. 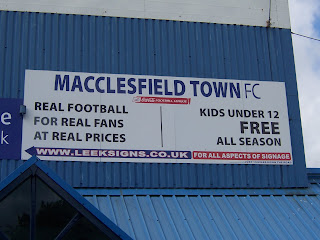 I arrive in Macclesfield at just after 1.30pm. The ground is on the left just outside the town centre. I park the car close to the away end on a dodgy-looking street. I slip my Sat Nav into my jacket pocket.

The Notts County team bus pulls up outside the ground. There’s a posse of press and paparazzi to meet and greet Mr Eriksson. A few fans mill around, hoping to catch a glance of Sven, or even maybe an autograph or two.

I’m sat in the Alfred McAlpine Stand. I admire the view of the rolling Cheshire countryside as the PA system belts out ‘Gotta Give It Up’ by KC and the Sunshine Band. 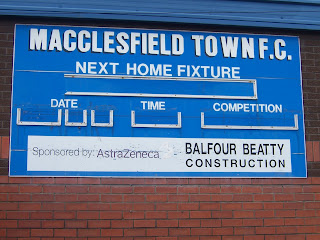 Macclesfield is a market town in the county of Cheshire with a population of 50,000. It was once famous for its thriving silk industry. Macclesfield Town are nicknamed ‘The Silkmen.’ In 2008 Macclesfield was found to be the fifth happiest out of 273 districts in Britain, by researchers at the University of Sheffield.

An impressive crop of famous people have been born in the town including: Ian Curtis and Stephen Morris from Joy Division. I was saddened to read that a memorial stone dedicated to Curtis, who committed suicide at the age of 23, was stolen from Macclesfield Crematorium in 2008. 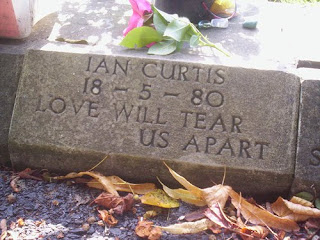 It certainly is ‘as cheap as chips’ versus ‘loadsamoney’ today. Whilst Macc manager Keith Alexander has scratched around the bargain basement of non league football, hoping to pluck a rough diamond or two like Ross Draper from Hednesford or Kyle Wilson from FC United, his counterpart Ian McParland has had the luxury of bringing in quality and experience. 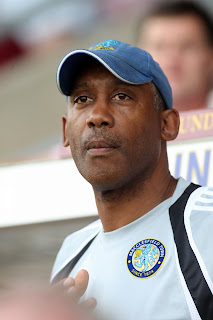 ‘Big Keith’, of course, managed my team, Lincoln City, for a number of years. He has this uncanny knack of unearthing a few gems. Simon Yeo, Gareth McAuley and Lee Frecklington are a few that spring to mind. He almost lost his life at Sincil Bank when suffering a brain aneurysm after travelling back from watching a reserve game at Nottingham Forest. It’s great to see the big man back in business and doing well again.

The guy next to me and his wife are also from Nottingham. They have followed the Magpies for over forty years. It’s these sort of people who bring a radiant smile to The Groundhopper’s face. They are a lovely couple.

The programme at £2.50 is good value. The head to head count shows that Notts have only beaten Macclesfield twice in their last twelve attempts. 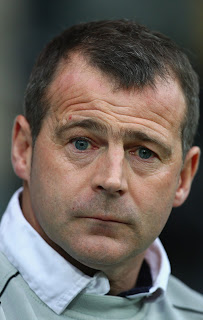 Notts kick with the wind and settle the quicker of the two sides. The pitch is perfect but narrow. Macclesfield seem content to lump the ball forward to the towering ex Lincoln striker Ben Wright. Unfortunately for the Silkmen supporters he has the turning circle of a Trent Barton bus.

County defender Graeme Lee finds Lee Hughes with a diagonal ball. His initial shot is blocked but falls to combative midfielder Ricky Ravenhill to blast a deflected shot into the back of the net past the stranded Macclesfield ‘keeper. 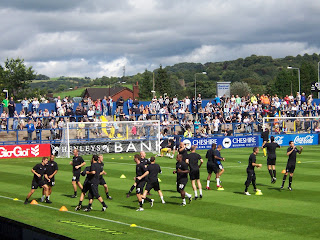 Pies’ midfielder, Ben Davies, has a wicked delivery. He whips in a corner which Lee heads onto the underside of the bar. County sense that they need a second goal.

Pocket rocket striker Luke Rodgers picks up the ball on the left hand flank and leaves John Rooney for dead. The cross is inch perfect, but Lee Hughes can’t find the target, and narrowly heads over the bar.

The Macc faithful are frustrated that their team can’t get on the ball. They vent their anger at referee Paul Tierney. One wag shouts out: “Have you bought the referee as well, Sven?” 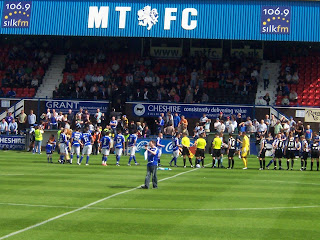 As Olivia Newton John would say ‘Let’s get physical.’ – Macclesfield can look after themselves. Graeme Lee hobbles off clutching his groin. Classy midfielder Neil Bishop is the victim of a crude challenge by Silkmen’s Ross Draper. The culprit isn’t even spoken to as Macc start to put it about. A flailing elbow results in Notts’ skipper John Thompson breaking his nose, forcing him out of action for ten minutes. The County walking wounded need the half time whistle to patch up their casualties.

It’s Brucie Bonus time for the Pies on 45 minutes when Stephen Hunt heads home another Davies corner. They are good value for 2-0.

The PA announcer babbles on and on at the break. He talks over Sticky’s favourite toon – ‘Release Me’ by Agnes. I check the half times. Lincoln are drawing 0-0 at Accrington Stanley. 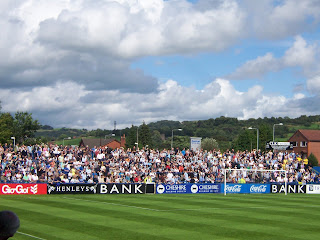 The Pies have a bigger reshuffle than Gordon Brown at the break. Neil Bishop has a broken rib. Ben Davies moves into the middle and Jamie Clapham replaces him on the left. Mike Edwards plays alongside Thompson, whose nose looks like it has had a night out in Nottingham.

County kill the game stone dead on 50 minutes. Davies floats a free kick into the Macclesfield box. A back pedalling Ben Wright heads into his own net with Macc ‘keeper Jon Brain punching the thin Cheshire air.

Ben Wright is withdrawn. County now try to avoid injury. Macclesfield enjoy a huge slice of the possession. They revert to Plan B and play a passing game. Rooney is instrumental in the middle of the park and links well with the Silkmen’s best player, right full back Izak Reid. Matthew Tipton spurns a chance to reduce the deficit, flashing his shot wide of the post. But Notts are always dangerous on the counterattack. 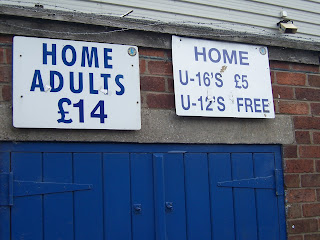 The goal of the day comes at the fag end of the game. Substitute Karl Hawley, a recent acquisition from Preston North End exchanges passes with Westcarr, who continues his run and is slid in by Hawley, to finish smartly in the bottom corner, to complete the rout.

The Groundhopper makes a sharp exit. It’s another ground ‘ticked off.’

They're made from a type of leather that has a natural resistance to water. Nobody wants to see someone walking around in a bra and underwear or boxers. It is VERY important that adults bring actual swimwear to wear in the water park.

- Exorphins: Anti-nutrient found in dairy products and wheat.
Obesity is an epidemic in our society. Always check
your physician before making any changes to your daily habits.

Narrow blood vessels lie alongside the intestines of the earthworm
and they absorb the nutrients from the alimentary canal feeding the rest of the
body. Local country clubs are offering trivia fun
for as little as forty dollars per couple. The buccal cavity is a small cavity that has neither jaws nor teeth.