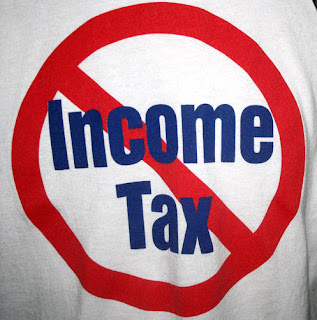 It’s Sunday morning and tipping it down with rain. Sticky junior’s fancy feet are dancing down the wing, bamboozling the north Notts full back. I’ve pressed all the right buttons today; he is fully wound up. His team are a bunch of pretty boys. They all wear gel and look in the mirror too much. Life is too comfortable. Today is different though. There’s no bawling or yawping from the sidelines, for a change. The boys play with belief and style. They are allowed to express themselves, the transformation is astounding. Bagthorpe are passed off the park. We win 4-1. I’m made up for them. Attack is the best form of defence.

I steal away from the game before its finale. I’ve a big junior game to watch in town. A manager has tried to put me off saying the match might be off due to a waterlogged pitch. They always say that when they’re hiding a player. First rule of scouting: trust no-one. He turns out to be a beauty. I’ll go for a second viewing next Sunday. 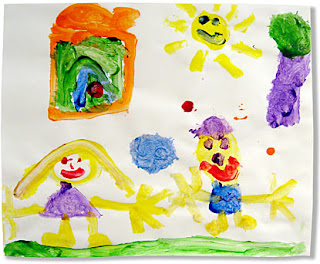 The Taxman is back after a long lay- off. He had the mother of all Saturday’s last weekend. His lad got injured playing football and ended up in casualty. He then trooped down The City Ground and watched another miserable performance by the Tricky Trees against a ten man Canaries. To cap it all off, some low life put a screwdriver through his car door and broke in.

The Taxlady (they’re like coppers, they marry each other) is fed up with him getting under her feet, and has enrolled him on an art class, at a school, out in the Vale of Belvoir somewhere. He was late for his first lesson and had to stand outside the head teacher’s office at break time. But as you can see from the above picture, his painting is coming on a treat.

I didn’t realise that Sleaford was more than 20 miles from Newark. The ground is a piece of cake to find though, thanks to Sleaford Town’s secretary. Chris Jones’ superb instructions. Eslaforde Park is only a year old, and lies on the edge of the town. 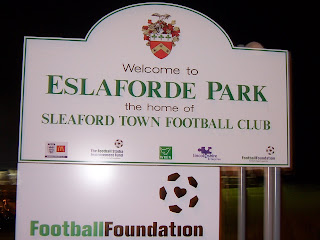 Sleaford is in the North Kesteven district of Lincolnshire and has a population of 15,000. It once supported many of the major seed companies. The RAF airfields in the vicinity played a vital part in securing victory in the Battle of Britain, during the Second World War. Plastic surgery was pioneered in Sleaford back in the 1940s. 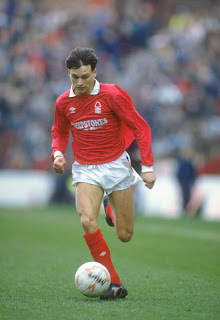 I noticed on the Sleaford website that a Lincoln City fan penned a ground review for his blog on Eslaforde Park. He basically slagged the place off, very harshly in my opinion. He makes cheap jibes at the wooden fencing and modern clubhouse. He’s got some nerve; Sincil Bank is hardly the Mecca of football grounds. I support Lincoln by the way.

The Taxman and I are both impressed. It’s £5 admission and £1 for a good standard programme. There’s a column from both the manager and chairman, and also match reports from first team and youth team games.

White Van Man has failed to make the team bus tonight. He’s got his oven on gas mark 6 for thirty minutes, cooking another steak and kidney pie. Villarreal are playing his favourite team in the Champions League. Yawn yawn. 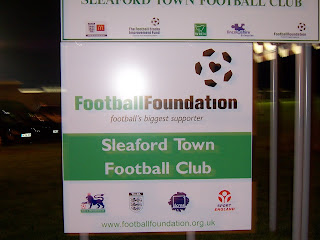 I shout the teas up. Disappointingly, a tea bag is thrown into a polystyrene cup with boiling water poured onto it from an urn. We help ourselves to milk. We mark it with a five, although it does warm the body from the biting chill blowing in from the North Sea.

The music from the PA hut is fairly random. I’d put the DJ as an over 55. He plays the Scissor Sisters. Abba and the Beach Boys.

Tonight’s visitors Holbeach are from 20 miles down the road. They have played the hosts twice already in the league this season and hold the upper hand. This evening is a County Trophy Quarter Final tie. 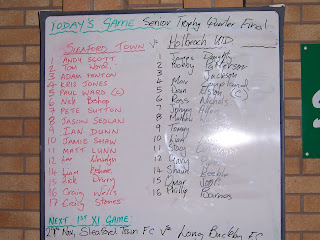 It’s a feisty opening five minutes. The visitors are running Sleaford ragged. Nimmo is sent crashing into the advertising hoardings by Sleaford skipper Paul Ward. The Holbeach front two are electric. Treacher pounces onto a poor back pass and finishes with ease.

The goalkeeper boots the ball away in disgust, narrowly missing my cup of tea, as I’m on the phone to Bilborough Pelican legend and Nottinghamshire’s number one groundsman: Swifty. He’s cooking a corned beef stew for him and his cat. Well there was someone meowing in the background. He hears Holbeach’s goal live and exclusive from The Groundhopper.

They could have extended their lead, but poor refereeing sees a free-kick awarded, instead of advantage being played. 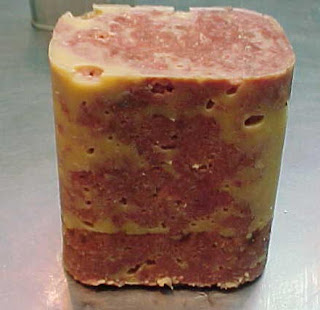 Holbeach pay the price on 5 minutes, Lunn sends Dunn scurrying away down the left wing, his inch perfect cross is headed home by Shaw.

It’s a pulsating game of football, being played at a furious pace. Old scores are being settled. There’s no love lost. Sleaford’s ‘keeper Andy Scott keeps his side in the game with two magnificent saves from Treacher and Nimmo as Holbeach begin to run riot.

The Sleaford captain is the grey haired 43 year old Paul Ward. Apparently he got 100%in his referees’ exam. Well you’d have thought so the way he has tried to undermine the official. He’d have been more use donning the black outfit tonight, as his performance as a player is a joke in the first period. Treacher and Nimmo are taking the mick. He’s fortunate to still be on the field of play at the break as he constantly barracks the official. 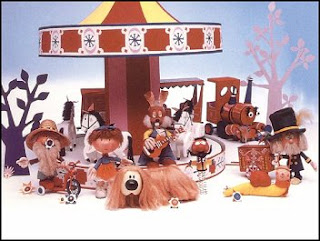 A lady is walking around the ground selling raffle tickets, as always I oblige. We get chatting. She tells me she used to live in Melton Mowbray. It’s The Taxman’s old stomping ground. He’s terrorised many a small business in the town. It’s a small old world. It turns out her son used to play for my village team and ended up at Sheffield United.

Shaw goes close again, his shot smashing against the crossbar. Sutton heads the rebound over the bar.

The Taxman and I are turning blue by now; it’s perishing cold. I must nip on the IRA website and order a balaclava.

The clubhouse is grand. It’s carpeted and has a good vibe. There are not many goals about in the Champions (?) League. Ha ha ha. There are plenty of photos on the wall and a signed Sheffield United shirt is in a frame. 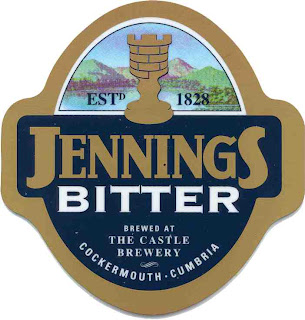 Sleaford are awarded a penalty when the Holbeach ‘keeper upends Shaw en-route to goal. Lunn makes no mistake from the spot.

The game has had an edge since the kick-off. It all boils over on the hour. Holbeach’s best player the wonderfully named Tommy Treacher leaves his studs down someone’s ankles. The referee has no alternative but to brandish a red one.

Things perk up on 74 minutes with a text from Mrs P asking me if I fancy Sunday roast at the mother-in-laws? Mrs P is down ‘the smoke’ this weekend. I reply with a ‘yes.’

Another person letting his mouth run away with him is Holbeach player manager Shaun Keeble. He's sent to the stands by the referee. It says on his profile that he enjoys watching his sons playing football, well he'll have plenty of time for that, but the bad news is kids that Santa's sack will be a little lighter this year as dad has a hefty fine to pay.

I’ve missed out on the raffle by three tickets, but hey, who cares. What a lovely family club Sleaford Town is. A change of skipper wouldn’t go amiss though.

A pint of Jennings, sat by an open fire, ends a perfect evening.
Posted by Sticky at 5:57 PM

When writing this latest instalment don't forget to have a pop at Notts County fella.

'About 1130, Bishop Alexander of Lincoln built a castle just southwest of the town Sleaford'. Was this a relation of King Keith Alexander ?

Life is full of disappointment. Mrs B has nipped out and I decided to take the opportunity to read the report on the Sleaford match before I make I watch Calderwood's last game in charge of the once mighty reds. I switched on the computer and entered the world of The Groundhopper. To my surprise and disappointment the Groundhopper's self imposed deadline had been missed the Sleaford report was nowhere to be found.

YOUR LETTING YOUR READERS DOWN BY SAYING REPORT UP ON FRIDAY NITE AND ITS NOW SAT 12.10 NOT GOOD NUMBER 2 HOPPER

It's alright for you two tossing it off, I've got it all on here. Dropping Mrs P off at the station, cleaning up and scouting. Two kids to look after.