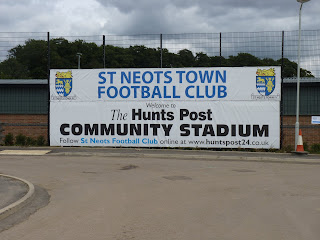 There are acres and acres of land on this flood plain. Apart from a few dog walkers there’s no-one in sight. A short chip and run away is the notorious Meadows Estate in Nottingham. It’s been a breeding ground for footballers. Well known include: Jermaine Pennant, Julian Bennett, Wes Morgan and Kelvin Wilson.

The Meadows is an architectural disaster. It has endless snickets and an ugly design. Nottinghamshire Police used to patrol it on bicycles. It’s a place where I like to scout for young footballers, lads that are looking for a pathway to escape. 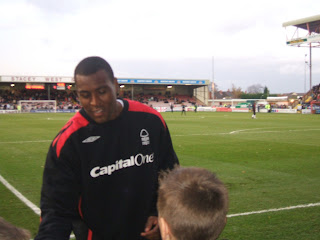 The boys have finished their match; the score is 17-16. They head back up to Trent Bridge after a debrief from their coach. It’s been a team-bonding exercise. There are high jinks and frolics as the lads walk along the banks of the Trent.

They all disappear into McDonalds on the Radcliffe Road. They re-emerge half an hour later with stomachs full and aching limbs. They are a smashing set of lads, no trouble whatsoever. They’re respectful, polite and well-brought up. And another thing; I’m proud to be their football coach.

We’ve survived relegation by the skin of our teeth. Next season we will once again play top-flight football in our County. I’ve strengthened the team, but it remains full of local lads. I could trawl Nottingham recruiting players like other sad managers do in our league. But they are all missing the point. Football is about playing with your mates, building relationships and having memories.

Bring on the season. I won’t be bullied out of the ‘job’ like I was four seasons ago. I will be running the side NOT the parents. We won’t be arguing with referees or querying decisions. We’ll be respectful to our opponents. Any child protection issues will be dealt with swiftly and not swept under the carpet like they were four years ago. 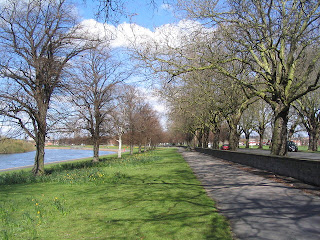 I’ll still groundhop with Trumpy Bolton now and again, but Saturday’s this season will be mainly taken up watching these boys playing the beautiful game.

I rise at 5.30am. That bottle of Red has done for me. I begin to write this blog, pausing occasionally to slurp a much-needed cup of Alta Rica coffee. I might as well deliver Sticky Jnr’s papers. The tabloids are filled with sickening images from Norway, as news emerges that a madman has gone on the rampage killing over 80 teenagers at a youth camp on Utoeya Island.

Sticky jnr has emerged from his slumber. We jump in ‘Sally Gunnell’ and head down to the Munch Box in Ruddington for breakfast. We both wolf down a full English cob. 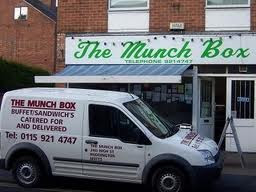 I’m having a potter around the garden. I lift Finley out of his cage and ask him for another of his infamous crap football predictions. He says that St Neots will ‘get a good hiding.’

Mrs P asks me what contribution, if any, I’ve made to household this morning. I reply that I’ve dead-headed the hanging baskets – if looks could kill readers.

The Sat Nav can’t find the Hunts Post Community Stadium. Sod it, I’ll find it easy peasy; I mean come on, have I ever got lost on my travels before?

An hour and twenty minutes later I’m stuck in a bottle-neck in the picturesque market town of St Neots. The ‘Rolls Royce’ hasn’t moved in ten minutes. There are hundreds of Posh fans milling around, there’s a fun day at St Neots Rugby Club and it’s Regatta Weekend at St Neots Rowing Club.

Bloody hell, it’s gridlock folks, and you’ve guessed it: I’m lost. I phone Ackers, a childhood friend, we’re hooking up today. He’s also lost. I dump the ‘Rolls Royce’ the wrong side of town. I jog (come on Sticky, don’t you means walk briskly) onto the High Street.

I recognise a black Range Rover cruising down the road; it’s the legend Ackers. We’re soon at the ground. 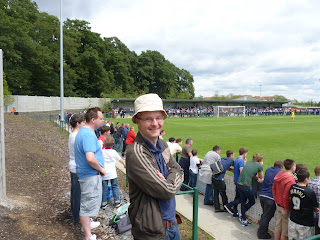 St Neots is a market town that lies on the River Great Ouse and has a population of 26,000. The town is named after the Cornish monk St Neot whose remains were stolen from the village of St Neot on Bodmin Moor and concealed in the nearby priory of the same name.

John Bellingham, the only man to have ever assassinated a British Prime Minster (Spencer Perceval in 1812) was born in the town. Apparently he was none too chuffed to find out he was unable to claim compensation for being unfairly imprisoned in Russia.

Former Rock Folly and Coronation Street actress Rula Lenska was born in St Neots. She was once married to Dennis Waterman: would love to see Dennis and Trumpy Bolton on the sauce together.

It’s £5 on the gate (Cheers Ack). Fair play to the Saints, they could have made a killing, bearing in mind that Darren Ferguson has brought along his first team squad. The programmes have sold out. Shame that, quite enjoy reading the collection I’ve amassed over the last five years. 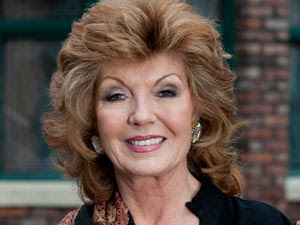 We head straight for the bar. Ackers has a lager shandy, whilst Sticky opts for an orange Lucozade – that ‘jog’ has got me in all of lather. Ackers bumps into a work colleague. He has a mate who is pished already. The man tells boring after boring anecdotes. I’m wearing a Notts County polo shirt, the bore asks me if I support Leeds Utd. I make my excuses and exit the bar.

The ground is top notch. It’s an out-of-town stadia, to the rear of a new housing development. A lot of thought has gone into design though. There’s a brick Clubhouse and also a separate bar at the far end of the ground.

St Neots Town are owned by a successful retired businessman and have not been shy in splashing the cash. I was sent on a spying mission by Sven Goran Eriksson’s Chief Scout at Notts County, Graham Carr, a few years back, during the Munto Finance saga. The Saints were playing at Northampton Spencer. St Neots manager was former Northern Ireland midfielder Steve Lomas, his assistant was Michael Hughes. Ex Fulham star Sylvain Legwinski was also on the coaching staff. 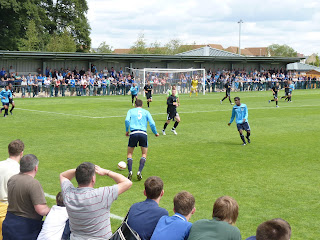 I find the perfect view and perch myself up the top of a bank behind Darren Ferguson’s dugout. Posh are already one to the good.

Paul Taylor has hit the onion bag. I remember this lad when he was at Vauxhall Motors. He has a good change of gear. He scored on trial for Nottingham Forest reserves after only 60 seconds. Sadly he was banned from the game for six months after failing a drugs test. It’s good to see him back.

Ackers has managed to give the resident drunk the slip. We catch up on the gossip. The Saints equalise on 30 minutes following a sustained spell of pressure by Posh, with defender Chris Hope hitting a stunning, curling effort into the top corner of the net. 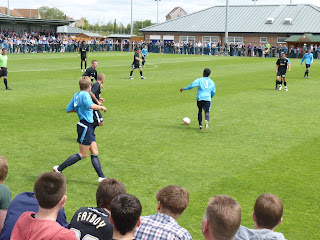 St Neots Junior Konuda has been running rings around the Posh. The ball sticks to his feet like glue. He can pick a pass and run with the ball. He puts the Saints 2-1 up with a delightful finish. It was only a few years ago that he was playing parks football. He had a year with John Still at Dagenham & Redbridge but suffered a broken leg.

Moments later Peterborough take the lead through Boyd once again, following a fine passing move. I’ve been studying Darren Ferguson and he strikes me as being a bit of a miserable so and so – must run in the family. 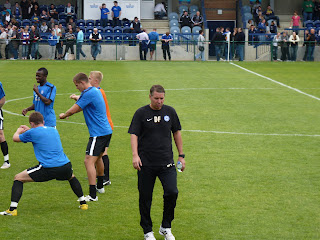 Daddy’s helped him out though. Three have come in from Old Trafford on loan, whilst striker Nicky Ajose has signed a four year contract for an ‘undisclosed’ fee. Ferguson takes his players through a brief coaching session at the break. St Neots show off their pop up water sprinklers.

I’ve perked up now my two favourite players have emerged from the bench. Lee Frecklington and Lee Tomlin begin to boss the game. Both end up on the score sheet. Frecklington has recently come off the transfer list; there were strong rumours that Notts County were in for him. He scores from close range, only for St Neots substitute Lewis Hilliard to race down the other end, round the ‘keeper and squeeze the ball home.

We’ve seen enough and exit early to beat the rush. Now where the hell have I parked my car?
Posted by Sticky at 6:38 AM