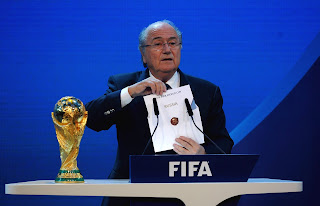 It’s a saga that has ran and ran and ran. It has now come to a gripping conclusion. It’s been front page news in all the Red Tops for weeks now. Gossips suggest that there has been vote rigging. A man walks into camera shot carrying a white sealed envelope. He’s a small chap, wearing a navy blue jacket. I bet he’s been stopping in a swanky hotel, on expenses. He has a strange accent. I have to cock my ear towards the TV to catch his words.

He slowly opens the envelope and removes a small, square piece of card. And then he says the immortal words that our nation has waited to hear for what seems an eternity ... “and the winner is ......... Stacey Solomon.” Unlucky Shaun.

It’s two weeks since I’ve been to a game – it’s nearly killed me folks. Training has been cancelled at Notts County’s Centre of Excellence. I’ve mooched and brooded about the house listening to Five Live. I’ve snatched and grabbed as little TV as is possible. Only The Apprentice has caught my attention.

It’s Thursday evening, I‘m walking down the passageway past Finley’s hutch. I blow him a kiss. It’s a boys' night in. Mrs P is off to the Trent Arena to see Simply Red (oh dear). I have a glass of red wine and share a block of Cadbury’s Dairy Milk with ‘The Skipper.’ Sticky jnr is up at youth club. 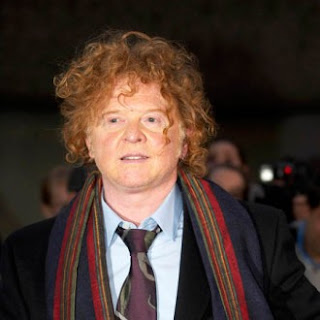 Mrs P rolls in just before midnight and disturbs my sleep. Three hours later the alarm at Sainsbury’s is sounding off. It’s a full half hour before it’s finally dealt with.

It’s the day of the game. I’m bushed folks, but quite excited. Peterborough United’s London Road ground is a new tick-off for me. I’ve seen games at 61 League grounds and at 8 Conference stadia. I take a short lunch and turn down the offer from colleagues of a drink at the White Horse at Ruddington.

I’m away at 4pm. I drive down the A606 through the town of Melton Mowbray, the home of the pork pie and the birthplace of Nottingham Forest flying winger Paul Anderson. I skirt around the town of Oakham and onto the bypass and hit the A1.

I’m listening to the amusing Peter Allen on Five Live’s Drivetime show. He ‘s reporting that Manchester United left back Patrice Evra has said that Arsenal are “nothing more than a football training centre.” 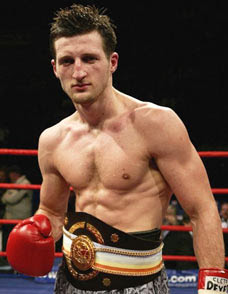 Allen then interviews WBC Super Middleweight champion Carl Froch. He mispronounces the Nottingham born boxer’s name and gets a dressing down from Froch.

I’m catching up with a good friend tonight. His name is ‘Ackers’ and he lives in Whittlesey. Ironically, just as I’m passing the McCain Food factory, its biggest customer, White Van Man, phones me on my mobile. The Muppet is roaring and swearing down the phone like a good un. He rips my lack of driving skills to bits. Tomorrow he’s jumping on a train and going on the piss in Lincoln. He’ll be catching an early one back though, so he’s back in time for the X Factor final.

I have a cup of tea at Ackers’ house and play with his twin boy and girl. He also has a beautiful two year old Airedale Terrier. We jump in Ackers’ 4x4 and head into the city.

Peterborough is a cathedral city in the east of England. It has a population of over 160,000 and is in the county of Cambridgeshire. The River Nene flows through the city centre. It was designated a new town in 1967. 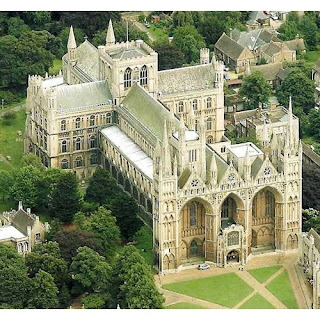 We park close to the cathedral, adjacent to a theatre and a floating Chinese restaurant on the river. We’ve already decided we are going to stand on the terraces in the away end. I’ve a soft spot for Rochdale AFC and I’m not a particularly big admirer of Posh’s Director of Football, Barry Fry.

It’s an astonishing £20 to stand up. I bag a glossy programme for £3 – it’s a ten minute toilet read. 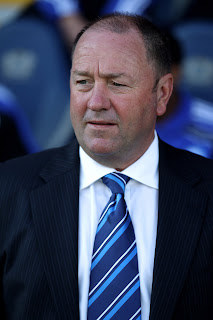 Peterborough United were founded in 1934. They gained League status in 1960. Centre forward Terry Bly plundered 52 goals in their first season.

Peterborough are nicknamed "The Posh", a moniker coined in 1921 after the then manager of Fletton United, was reported to say he was "Looking for posh players for a posh new team".

The record transfer fee received by Posh is £700,000 from Tottenham Hotspur for midfielder Simon Davies. They are owned by Irish property developer Darren MacAnthony. They’ve not been shy in the transfer market over the last few seasons, shelling out large fees for Craig Mackail-Smith, Aaron McLean, Lee Tomlin, George Boyd and Sticky Palms’ favourite Lee Frecklington.

In stark contrast Dale are a mixture of Bosman transfers and experienced pros. Their captain, Gary Jones, has made over 400 league appearances for the Club. 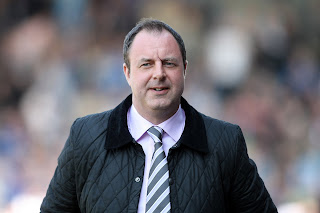 134 Dale fans have made the trip. Most have come by car as the Club cancelled any official coach travel. Dale hit the self-destruct button last season when appearing to coast their way to promotion. It was a rather limp and lame effort at the finishing line.

Keith Hill, their brilliant young manager, was like a tired old record in his dislike for Notts County last season. There was no love lost between the two clubs.

Sticky Palms is panicking right now. I’ve just remembered I’m wearing a Notts County beanie hat. I quickly turn it inside out before the Rochdale Lynch mob turn on me. The remaining 132 visitors are too busy nattering about the real ale pubs they have frequented in the nearby city centre.

Rochdale begin the brighter of the two teams. They want to get it down and play. Jones is instrumental in the middle of the park. Unfortunately they lack a cutting edge and creativity in the final third. 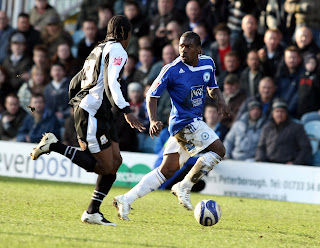 Posh up it a notch and go close on a few occasions before finally taking the lead on 20 minutes through former Aldershot striker Aaron Mclean, who smashes home a shot through a posse of players past an unsighted Dale ‘keeper.

Dale are hanging on the ropes as Peterborough swarm all over them. Their summer recruit from Rushden & Diamonds, Lee Tomlin, is dancing his way through the Dale defence. He plays a give and go with Mclean only to see his effort hit the outside of the post.

Peterborough’s George Boyd spent a fruitless loan spell at Nottingham Forest last season. It is said that he barely broke sweat. He lacks the pace to be a winger but his fast feet and close control are a feature of his game. He curls a shot from 20 yards the wrong side of the post.

Zakuani, Mclean and Mackail-Smith all go close before referee Mr Haywood blows for half time. Rochdale are indebted to goalkeeper Luke Daniels. Gracie Fields, Lisa Stansfield and Cyril Smith are taking one hell of a beating.

We take a stroll to the snack cabin. I have a cup of Bovril, whilst Ackers selects an Oasis summer fruits. It’s £3.40 in total. 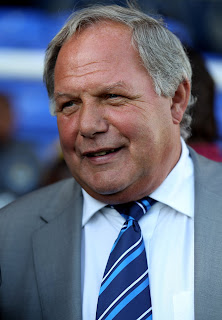 Posh continue on the ascendancy. Mackail-Smith works his socks off. His work is rewarded with a far post finish in the 50th minute.

Dale winger Matt Done has swapped wings and is now playing down the right hand side. He twists and turns the Posh full back inside and sees his shot cannon back off the post.

Rochdale reduce arrears with 10 minutes remaining with a smart finish by Akpa Akpro following good work by O’Grady. It instils some confidence. The 132 following get behind their team.

The game is in its dying embers when Jason Kennedy bursts through on goal for what seems to be a certain equaliser, he’s about to pull the trigger when a last ditch challenge from Zakuani saves the points for the Posh.

Man of the Match: Craig Mackail-Smith
Posted by Sticky at 9:32 AM