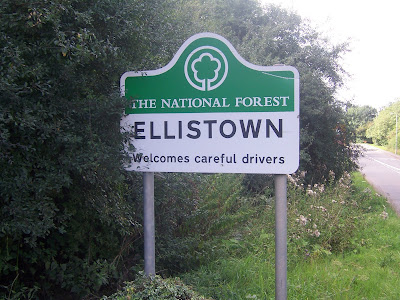 It’s been a second half smash and grab performance by Dunkirk. I’m cocker hoop that they’ve snatched a replay from the jaws of defeat. Uppo will be ecstatic.

We exit the ground through a gap in the hedge. We are close to the Michelin star restaurant, Sat Bains. We jump in the car and head towards Ruddington.

I switch on Radio Nottingham. The wonderful, veteran commentator, Colin Slater, struggles to catch his breath, as he describes the closing moments from Notts County’s game at Bournemouth’s Dean Court. 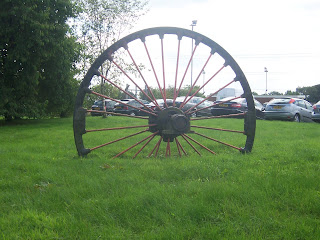 The Pies have clawed back three goals, two of them coming in the five minutes of time added on by referee Mr McDermid.

We sidle into White Horse tap room. Ceefax is on the television. The scorecard from Lords shows Pakistan have been rolled over for 74.

We watch the final scores coming in. Rammers shouts up two pints of pale ale. Those Big-time-Charlies at Grantham will be pig sick about surrendering a two goal lead.

I’m straight into the kitchen, rustling up a chilli con carne, whilst Mrs P watches X-Factor. Robbie Savage is hilarious on Five Live’s 6-0-6. 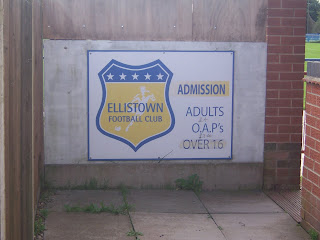 It’s Sunday evening and I’m sat in the lounge with a glass of Burgundy. The good lady and I had earlier taken a stroll around the village. There are no shop robberies, shed burglaries or stolen cash till dispensers to report today.

‘The Skipper’s’ cricket match, earlier in the day, had been washed away by an ugly black cloud.

The clock strikes 8pm. Mr and Mrs P are snuggled up on the sofa waiting for the ‘dish of the day’ to begin on ITV. Our lounge is like Piccadilly Circus – kids come in and out at regular intervals. The telephone landline keeps ringing out.

Sticky P is getting cross – how am I supposed to follow the intricate storyline in the latest episode of the award-winning light entertainment show Heartbeat? 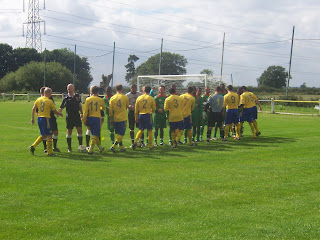 Some poor young butcher has had his meat wagon ambushed, up on the moors, by a couple of West Yorkshire scallywags (they’re probably from Leeds). Bone idle copper - PC Alf Ventress - looks disinterested in this particular case; he’s too busy dipping his hand into the station biscuit tin.

The Groundhopper has a morning shift to work for Notts County on Monday. I’m up at silly o’clock and on the road to Hucknall. There’s nowt doing, but I have to keep my eye on a developing situation. The normal suspects are in attendance (Forest and D***y).

I note, with sadness, on my return journey, that The Apollo pub, in Bulwell, on Hucknall Lane, is shuttered-up. The pub trade is in terminal decline. 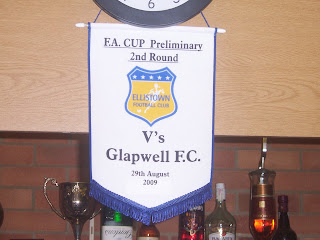 The boys have played cricket for my local team this morning, in an effort to raise funds for the club. I haven’t time to attend this year’s event. I’d noticed, the previous evening, that Ellistown were playing Leicester inner-city team, Thurnby Nirvana, out in north west Leicestershire.

I’ve yet to see these two East Midlands Counties League teams play in the last four years and have yearned to tick-off Ellistown’s Terrace Road ground for some time.

The Taxman arrives at 2pm. I’ve already arranged to meet Big D at the ground. The Taxman is in a state of ‘full moan alert.’ He’s not happy with Nottingham Forest. He complains that players have lost touch with reality, and are all paid vast amounts of obscene monies. I thought for a moment that I’d tuned into the Jeremy Vine Show. 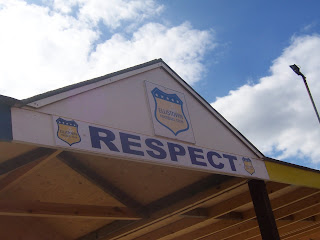 We drive down the A46 and A50 towards Coalville. We pull into the car park 15 minutes before kick-off. Big D is giving his wife’s car a debut drive. He nearly knocks me over as I obstruct the road taking a photo.

Ellistown is a small village, two miles outside Coalville. Its coal mine closed in 1989. Pallet delivery firm Pall-Ex is the area’s largest employer.

It’s £4 entrance, with a further £1 for a well-thought out programme. Reading through the publication it appears that the former Thurnby Nirvana management team are now in charge at Ellistown. 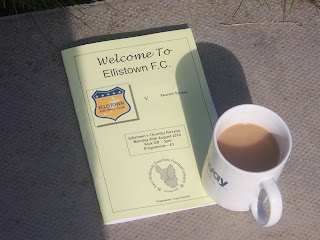 It’s a decent set-up on the outskirts of the village. The playing surface looks green and lush. We walk across the far side of the ground, opposite to the dugouts, with the sun shining on our backs.

It’s a tasty, feisty and as Dick would say a ‘violent’ first half. A Nirvana player, straight from kick-off. lunges in. Five seconds later, the referee brandishes a yellow card at a visiting player for another late challenge.

It’s not long before former Redditch and Kings Lyn striker, Jordan Smith, scampers into space down the left, before cutting inside and arcing his shot to the right of the keeper and into the back of the onion bag. 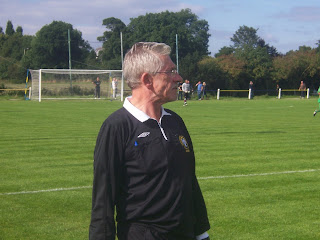 The game becomes niggly, and has an edge to it. Big D has spotted that the linesman on our side bears a remarkable resemblance to the actor Derek Guyler, who played the officious, short-tempered school caretaker in the ITV situation comedy Please Sir.

Thurnby look more athletic and agile. They increase their lead, when Ellistown fail to clear their lines, the ball is played back into the danger area, everyone appeals for offside as Melbourne makes it 2-0.

Smith’s third goal of the game, on 30 minutes, is almost a replica of his first. His finishing power is devastating.

We traipse our way around the ground towards the bar area. Sticky and The Taxman have a cup of tea, Big D devours a burger. 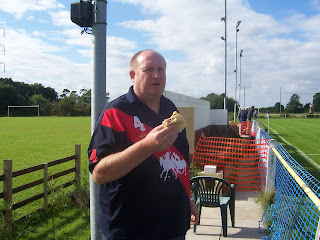 The Groundhopper has put some miles on the clock in the last four years. I’ve seen goals that are so beautiful in their execution, that they’ve cost me sleep at night, as I play them over and over again in my mind.

On 60 minutes the unbelievable occurs. Nirvana’s excellent left back, ‘Nigel’ punches a ball forward to the effervescent Smith, who is lurking with his back to goal, 30 yards out. He takes the ball on his chest, spins his marker and hits a first time volley into the roof of the net. 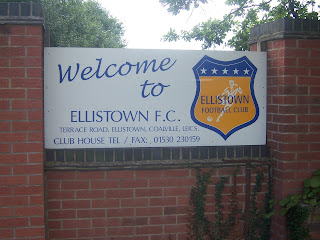 I’m so glad to share this jaw –dropping, show-stopping moment with friends. The goal is met with silence, followed with a collective round of applause.

Smith completes the rout from the spot, after ‘Potter’ awards a penalty after the referee originally gives a free-kick.

Man of the Match: Jordan Smith
Posted by Sticky at 9:10 PM