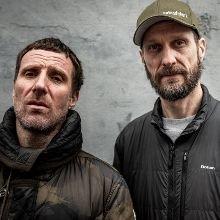 It's early on Monday afternoon and I'm in the back of a taxi travelling south up Loughborough Road, in West Bridgford. There's been little dialogue with the cab driver as my mind is on other things. He turns left off the road which leads up to Wilford Hill Cemetery. There's a huge gathering of mourners outside of the chapel.

I'm attending the funeral of Kevin Garvican, who was the owner of Pro Windows in Old Basford. Kev's daughter, Emma, is my all-time favourite ever co-worker. Kev was taken ill in October, after contracting Covid. He passed away in Nottingham City Hospital. I only met Kev once, at Emma's 30th birthday party at The Sun Inn, in Gotham. He gave up half an hour of his time to talk to Ms Moon and myself on his daughter's special day.

He was a lovely, kind generous man, who had built up a very successful business. Kev was a family man and a passionate 'Dirty Leeds' fan. He was a member of the 'Nottingham Whites' who follow the 'Dirty Ones' on their travels home and away. The 'Nottingham Whites' have turned up in numbers. They line up and unfurl their plethora of flags as the funeral cortege arrives at the crematorium.

It's an incredible send-off, full of fun, laughter and even better, swearing. The anecdotes are laugh out loud as we watch the service huddled around a phone. Emma has the heart and courage of a lion. Ms Moon and I love her to bits. She makes a speech remembering her Dad with warmth, love and razor sharp wit. I have a lump in my throat as the 'Nottingham Whites' belt out the Leeds United anthem 'Marching On Together.' 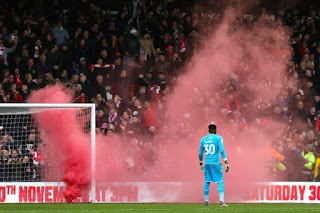 I walk from Wilford Hill to Sneinton Market, swinging by The City Ground to collect my ticket for the Forest v Luton Town match the following evening. I can't feel my toes as I jump on the bus home. Emma and her family are in my thoughts for the rest of the evening. Life can be so cruel at times.

I stay at work late on Tuesday evening. I'm mooching around Trent Bridge by 6 p.m. It's the usual drill. A pork cob filled with stuffing, crackling and apple sauce from Relish on Pavilion Road I do a couple of laps of the ground before going through the turnstile an hour before kick-off. 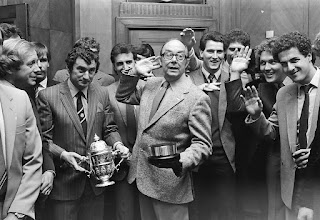 The first half is fairly dull. Forest get around the back a few times but rarely look like scoring a goal or testing the Luton stand-in 'keeper, who looks shaky on his first League start of the season. Luton are rapid on the counterattack. I always think of my favourite comedian, growing up as a kid, Eric Morecambe, whenever the Hatters are mentioned. Raddy Antic springs to mind to, with his last gasp winner at Maine Road in 1983 which guaranteed them top-flight football for another season. Who can forget David Pleat galloping onto the pitch to celebrate with his beige suit on?

I sit with Jitz and Dringy in the second half. Forest's plan of giving it a real go falls flat on its face, on the hour, when Jack Colback, a walking yellow card at the age of 32, receives a second one after wrestling a player to the floor. Brice Samba saves the resulting penalty with his feet and produces a masterclass in goalkeeping including a point-blank save at the death. Steve Cooper's tactical nous, with strategic substitutions, sees the Tricky Trees gain a valuable point. At the final whistle Samba laps up the plaudits from the crowd. I love every minute of it with my gammy eye improving each day; even if it was 0-0. 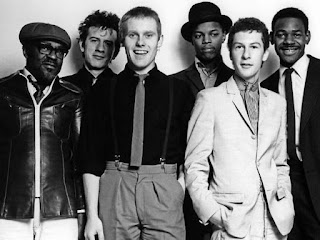 With Ms Moon in Spain 'working' for the week the TV set hasn't booted up. There's no crappy shows such as I'm a Celeb, Cheshire Housewives and Tipping Point. I might need to ring Virgin Media as I haven't a Scooby how to work the remote controls. I enjoyed watching some Italian football last Sunday evening. Genoa v Roma in Serie A was my match of choice. With his team struggling Jose Mourinho threw on 18-year-old Ghanian, Felix Afena-Gyan, who obliged with a brace; the second one was a stunner.

Friday night can only mean one thing: date night with Tony Mac. We hook up at Barley Twist, a two- floor craft beer and wine cellar, housed in a former sweet shop on Carrington Street. It's the usual trot around the city centre. Castle Rock stablemate Keane's Head is frequented too. We've not checked-in at Jam Cafe on Heathcote Street since the nights have drawn in. It was outside drinking only during the summer. We push open the door and are greeted by Bradley the bar's owner. 'Mirror in the Bathroom' by The Beat is playing on the dukey as we enjoy table service at this cool cafe. 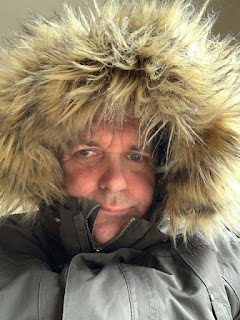 It's Saturday morning and I'm tucked up proper cosy in bed. I can hear the wind howling and sleet tapping on the window. I wouldn't be too fussed if the game is OFF today. I check-in on social media. Woodthorpe and FC Sez are both saying they've not heard anything to the contrary.

I'm wrapped up to the ninepins as I slog it up onto Carlton Hill in freezing conditions. I've decided to walk for an hour or so across to Sherwood, where I'll then jump into a cab to complete the journey to Basford. The game is being played behind Basford United's main pitch. A couple of club officials point me in the direction of Pitch 2. 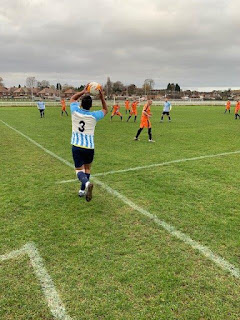 I don't recall ever feeling this cold at a football game. I'm shaking like the cartoon characters Scooby Do and Shaggy when they see a ghost. My lips and fingers are numb. I've liked what I've seen from Woodthorpe PR over the last few seasons. FC Sez have also been on my radar as I've never seen them play. A lad who works at my place (Ideagen PLC) plays for them although our paths have never crossed.

Lewis Quayle is officiating today's game. He's usually spot on with his decision-making and takes no nonsense from the players. FC Sez are half asleep and start the game at a slow pace. It's no surprise when Dalton Stephens gives the home side the lead. The visitors enjoy a good 15-minute spell. They score a well-worked equaliser and take the lead through a stunning free-kick. Slack defending sees them go into half-time 3-2 down. 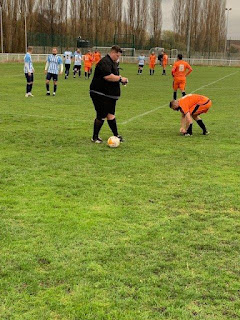 I listen to the FC Sez team talk at the break. Not one positive word is said by the manager or the players. They are hard and harsh on themselves. They are still in the game but lack belief and have little confidence in one another.

I've done about 10x laps of the ground by now in an effort to keep my blood circulating. The second half is scrappy. The game is played in 20 mph winds. The fag end of the storm seems to blow up the hill. Stephens puts the game the bed and completes a hat-trick. FC Sez still have their chances but can't force the ball home. Referee Quayle seems in a particularly unforgiving mood. He dishes out more cards than Postman Pat. The game is played in a good spirit and the cautions, in my opinion, are unnecessary 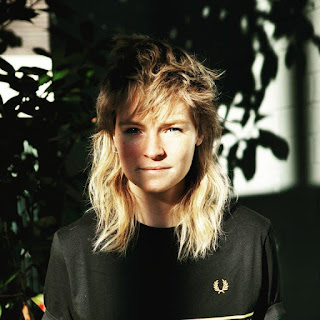 I catch a taxi back home. I shower up, warm up and change clothes before venturing out in the cold again. I've been looking forward to tonight for ages. Tony Mac and I have a few sociable ones in the Partisan Tavern on Manvers Street. It's busy in here despite Notts County playing Dagenham and Redbridge in a 5.20 p.m. kick off. A nice pint from the Totally Brewed stable is sunk in the Fox and Grapes.

The main event is across the road at the Nottingham Arena and I'm not talking ice hockey folks. I'm late to the party but have really got into the Sleaford Mods. I even bought some vinyl of their's at Rough Trade in town. The lead singer Jason Williamson lives down the road in West Bridgford.

The gig is a pearler. The support acts Billy Nomates and Dry Cleaning are superb too. 'The Mods' are on fire. I really can't 'arf pick em folks.

Men of the Match: Nottingham Whites