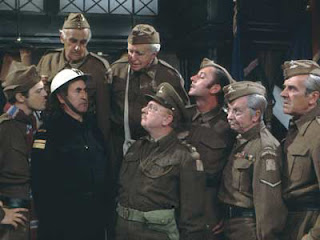 It’s October 2002. Sunderland have just sacked their manager Peter Reid. 75 miles away a school teacher, at the exclusive £14,500 per year Bootham School, in York, is about to take an A-Level history lesson. One of his pupils is the daughter of Sunderland Chairman Bob Murray.

The teacher is a huge football fan. He cheekily enquires with Murray’s daughter on who the next manager of the Black Cats is going to be. “It will be Howard Wilkinson, Sir”, replies Murray’s daughter. The teacher checks the odds with a local bookie; Wilkinson is an astonishing 66/1.

He tips a colleague off. They both place a £100 in a flurry of 100 small bets on ‘Wilko’being the next Gaffer. It’s money for old rope. They scoop £13,200 between them. Poor old Bob Murray is left to explain the ‘inside information’ to the Press. 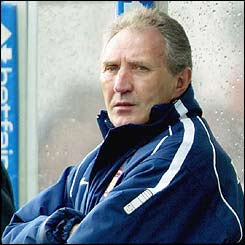 It’s a quiet week on the groundhopping front. No game has caught my eye or tickled my fancy. The biggest of big girls blouses - John Barnes - is evicted for the second time on the worst programme ever to be broadcast on ITV (and that takes some doing) 71 Degrees North. Barnes was the first professional footballer I remember wearing gloves. So why on earth he volunteered to go to Norway and appear on this crock of shit, God only knows.

It’s Friday evening and I’m frantically tidying up. The Skipper’s German exchange student is due in at 7.30pm. I hide my 1966 World Cup final DVD, my Vera Lynn Greatest Hits album and the Dads Army box set. The boy is here for 10 days. He arrives bang on time; well after all he is German. We make him feel very welcome, he looks terrified.

Friday night finishes on a sour note with a 3-1 thumping for managerless Lincoln City, dished out by Fleetwood Town, the home of the Fisherman’s Friend. Shortly before retiring to bed Barthez and Sticky Palms have some banter with Grimsby Town goal-scoring sensation Liam Hearn on Twitter. Hearn is destined for a bigger and brighter stage than Blundell Park. 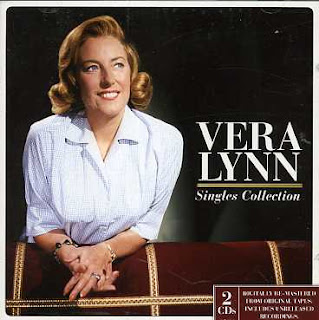 ‘Fox Has No Friends’ shout out the Saturday morning papers. Finley, our rabbit, will agree with that statement. I try to explain to my furry friend that they are talking about former Secretary of State for Defence, Dr Liam Fox and not the bushy-tailed omnivorous mammal that circles his cage on occasions.

Finley predicts a 4-0 thumping for FC Khalsa at Hathern. His score predictions in Leicestershire are notoriously wide of the mark (crap). I stroke him on top of his head and humour him for five minutes, before heading off to the land of fur coats and no knickers (West Bridgford).

I’ve been tipped a lad to watch today. Sadly it’s not to be for the youngster, but a boy on the opposing team looks the business. I’ll take another view in a few weeks time. 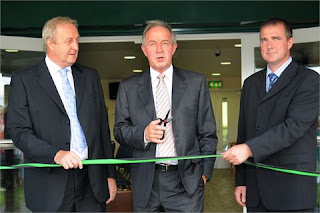 I dash back to Keyworth. It’s over a year since new Nottingham Forest Chairman Frank Clark opened the plush Clubhouse. The Skipper’s team have a lunchtime kick-off against Arnold Town in the YEL Cup. It’s a pulsating game of football. We absolute batter the opposition in the first half. If we’d been 5-0 up at the break it wouldn’t have been an injustice.

Inevitably the visitors take the lead in the second half. We equalise with thirty seconds remaining. We score in the early stages of extra-time. ‘The Skipper’ tragically turns a cross into his own net with five minutes remaining. The whistle goes for full time. It’s penalties.

I ask for volunteers. Only five raise their hands. Maybe I can smuggle the German kid on; they’re normally good at spot kicks. It’s 3-3 after five penalties each. We lose on sudden death penalties 6-5. The boys are distraught. 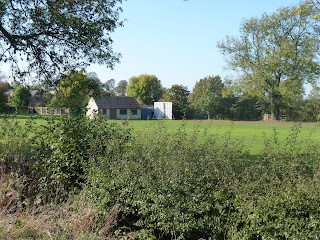 I debrief the boys and try and raise their spirits. I leave them in the Clubhouse tucking into chips. I drive down the A60, turn right at Rempstone and head down the old Ashby Road. I switch the radio on. Liverpool are pummelling Manchester Utd at Anfield. £20 million pound signing Jordan Henderson spurns a chance late on in the game.

I’m crawling down the Main Street in Hathern. I wind the window down and ask a guy on an afternoon stroll where the ground is. He kindly points me in the right direction I quickly see a sign for Pastures Lane.

Hathern is a village in the Charnwood area of Leicestershire. It has a population just shy of 2000. It has a sock factory and the Wicked Hathern Brewery. There’s no time for a real ale today. It’s two minutes before kick-off; I’ve a Leicestershire Senior Division One game to watch, and more importantly a new ground to chalk off. 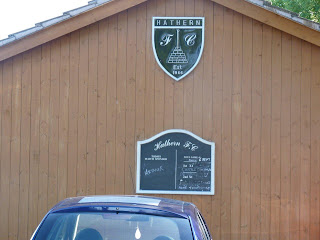 This is the lowest level of football I’ve watched this season. As I saunter towards the ground I notice the cricket ground to my right and some more football pitches. There’s no admission and sadly no programme. Twenty two people (head count) bask in the late autumnal sunshine. The players exit a building that resembles a Swedish sauna room.

I lean on the rail as the teams toss up. I’m joined by the father of the FC Khalsa centre half. A spectator asks the full back where ‘Grifter’ is. “He’s gone to Oman for three weeks”, replies the 2 jacket.

Both teams lie in mid-table. Hathern have only lost once, the visitors have played five more games. Within three minutes the visitors take the lead. A ball is swung in from the right and is headed home at the far post by the centre forward. 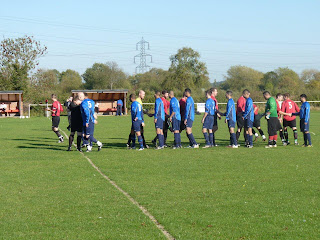 The Hathern goalkeeper chirps away at his defence.. Remarkably FC Khalsa fall out with one another. They squabble, bicker and bitch. Never in eight years of groundhopping have I seen such disharmony and anger amongst team-mates.

Also I have never seen a goal like Khalsa’s second of the afternoon. McCabe, the chief protagonist in the finger-wagging and teeth-sucking, picks the ball up in his own half, about 60 yards from goal. The centre forward makes a run, but is in an offside position. McCabe draws back his left foot and clips the ball goal wards. It sails up into the sea blue sky and over the head of a gobsmacked ‘keeper.

Khalsa turn on the style. 'Zico' is running the show with his quick feet and electric pace. 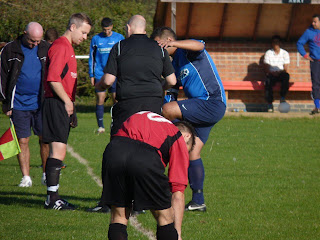 Hathern are absolutely awful. They pass it around in their own half but are clueless in the final third. Khalsa are comfortable with their two goal half-time lead.

I nip up to the Village Store during the break, having realised that I’ve not eaten since my two slices of toast earlier in the day. One or two of the 22 strong crowd are in the shop. I snaffle up a scotch egg from behind the counter.

I sit in the car scoffing my snack listening to the radio. The reporter on Five Live at Middlesbrough’s Riverside Stadium comes up with an amazing stat. The goalkeeper and four defenders starting today’s game against Millwall have all come through their Academy. 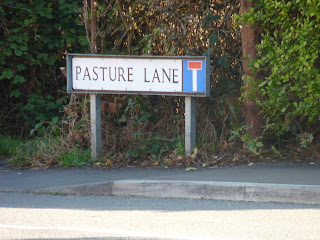 I catch the news before returning to the game. Leicester-born actress Betty Driver, famous for playing Rovers Return barmaid ‘Betty Turpin’ has passed away at the age of 91.

Hathern rediscover their zest for the game as Khalsa commit hari-kari in the second period. Khalsa have lived a charmed life well before the son of the bloke next to me gives away a needless penalty, which is easily converted.

The home team pour forward and lay siege to the Khalsa goal. They fail to clear a corner, the ball falls to Hathern’s number four who fires a shot into the back of the net. Khalsa are proper flapping now and haven’t got time to fall out. With minutes remaining, McCabe pounces onto an under-cooked header. He’s the only player on the pitch you would put your house on scoring a goal in a one-on-one situation. He duly obliges, giving the away team a deserved three points.

Man of the Match: McCabe