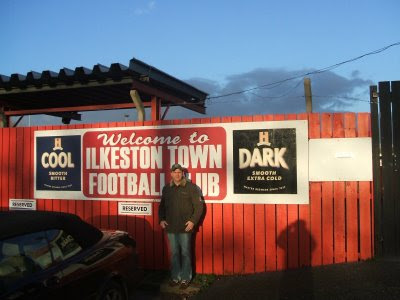 Trumpy Bolton’s spectacular display in the art of drinking will live long in the memory of The Groundhopper, and the good people of Goole. His emergence on the non-league circuit has caused quite a stir. One or two secretaries have already been in touch to see if he will frequent their bars and drink dusted down bottles of old cider, that they’ve been unable to shift.

The poor old Vikings’ bar manager was down at the local cash and carry, replenishing their stock, late into Saturday evening. Group 4 were brought in to collect the takings. Trumpy drank East Yorkshire dry. He’s keen to come hopping again on Jan 3rd; I may have to make some excuses. 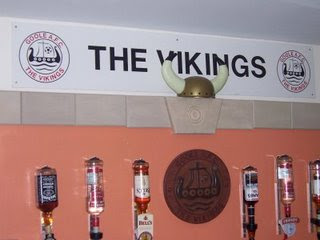 Sticky junior hit the back of the onion bag on Sunday with a well taken finish. The parents of our opponents were a ghastly and arrogant bunch. They eventually turned on their own; it made victory more the sweeter. I shan’t be attending the rematch in the New Year.

I shook off my hangover and went into town on the Sunday afternoon. Mrs P had booked the kids in on the ice rink that’s situated in Nottingham’s Old Market Square. The Architect and I entered into the spirit of things and had a few Lowenbrau at the nearby German market. 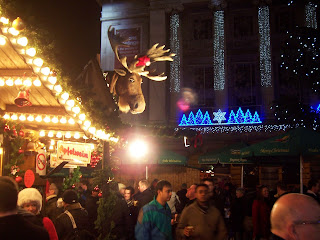 I’m halfway to my target of 50 games and 40 new grounds for the season. Apart from the Awsworth v Attenborough game in the NSL, I’ve yet to see a really good match. I’ve noticed that The Robins have a rearranged FA Trophy tie with Ossett Town at the New Manor Ground tonight. It’s my favourite venue, and games there rarely disappoint me.

I arrive home from work after a productive day. ‘The Skipper’ is screwing his face up at his jacket potato and beans. A rejuvenated Sticky junior has sloped off to training.

The Taxman picks me up at 6.40pm. He’s having a bit of a grumble as he’s had to shell out for a new washing machine; his mangle has finally packed up. We pick up The Nuclear Scientist en-route.

I call up White Van Man, but he’s sprawled out in his mum’s reclining chair, watching Eggheads. He trots out some excuse about having an early start in the morning, but tells me to keep him posted on the score. I mark him down as a non- attendee.

We drive down the A609 through Wollaton and Trowell. Ilkeston is a mass of roundabouts. I always cock it up at the one with a Tesco’s on it. We’re quickly back on track.

We pay £1 to park in the club car park. Fine rain falls from the sky and nobody has brought a brolly. The DJ is playing Wake Me Up Before You Go-Go by Wham. (Yawn) 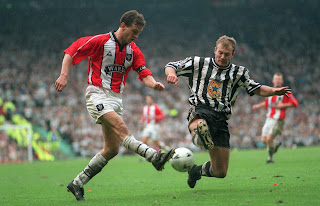 The bar area has changed, the rooms have been split. One is now a function room and tonight it’s being used for a pensioners’ Christmas party.

We kick our heels in the bar to avoid the inclement weather. News is breaking that poor old ‘Orville’ the Duck (Paul Ince) has been sacked. It’s a harsh one in my opinion, Blackburn have failed to take into account the bigger picture. I hope one day Ince returns to Ewood Park to haunt them.

Tonight’s visitors Ossett Town are from West Yorkshire. It has a population of just over 20,000. It was once well known for mines and mills. It’s now a market town. Famous folk from the area include: Coronation Street’s hamster faced actress Gail Platt (Helen Worth), former England and Lancashire batsman Barry Wood, indie band The Cribbs, ‘pop group’ Black Lace and one of my favourite authors David Peace.

Ossett Town Football Club were founded in 1936 and currently sit in seventeenth position in the Unibond Premier League.

A new broom has swept into Ilkeston Town Football Club. Local businessman and star of Channel 4’s Secret Millionaire, Chek Whyte has recently purchased the club. Comedy character and all-round (in every sense) entertainer Nigel Jemson has been forced to jump ship. He scored on Saturday for Osset’s near neighbours FC Halifax. I miss him though. His frequent removal from the dugout, to sit in the stands, for the rest of the game, always used to amuse me.

Former Sheffield United centre half David Holdsworth has stepped into Jemmo’s shoes. He arrived from the debacle at Gretna, where he was youth coach. He has very quickly assembled a young and fit team. They are fifth in the table. 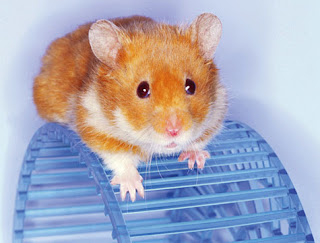 There’s no team sheet pinned up tonight, and I’ve forgotten my pen, so I’m unable to jot the line-ups down. The greasy playing surface should allow for some slick football.

It’s a sizzling start to proceedings. Ossett open the scoring in barely over a minute of play. Aiden Savory chases down a backpass; former Stockport County goalkeeper Chris Adamson blasts the ball straight at Savory, who gleefully rolls the ball into an empty net.

The Robins roar down the other end immediately, with Howells and Cahill wasting gift-wrapped opportunities. 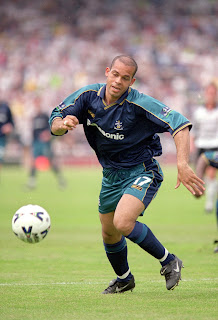 Adamson has a Beadle hands moment on 15 minutes when he fails to hang on to a cross from Baldry on the right; a startled Danny Davidson has the simple task of stroking the ball home.

Ilkeston are hanging on for dear life, Ossett are a pleasure to watch. Ex Huddersfield Town and Notts County winger Simon Baldry is untouchable in the first period. He retains possession and his crosses are flighted and crafted. He’s had a career stricken by injuries and has lost his pace, but boy can he play football. 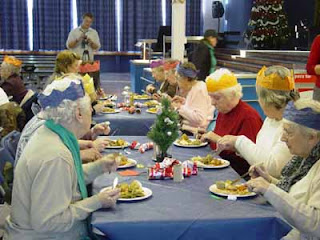 We’re back in the bar again watching Sky Sports News. The pensioners’ party is in full swing. It’s like something from Jerry St Clair’s ‘Free ‘n Easy Night’ off Phoenix Nights.

‘Reg’ Holdsworth throws caution to the wind with a double substitution at the break. Jon Douglas and Amari Morgan-Smith spice up the attack.

Osset forward Danny Davidson trudges off on the hour; he’s put in a decent shift. Suddenly the ball keeps coming back. Pringle begins to dictate play in the midfield. Douglas reduces the deficit 23 minutes from time with an acrobatic shot from the edge of the box. 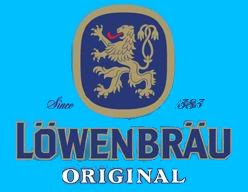 The younger, more athletic midfield, begin to believe. Rob Scott hurls a ball into the box, the ball falls to Steven Istead to unleash a shot, which takes a deflection, before finding the corner of the net.

Ossett are pinned back in their own half, they’ve lost their outlet in the tireless, hard-working Davidson. Anthony Howells completes a famous victory sliding the ball home from close range.

Howells is yellow carded twice for a two footed lunge and a bit of afters. It spoils a game that has been played in a good spirit. 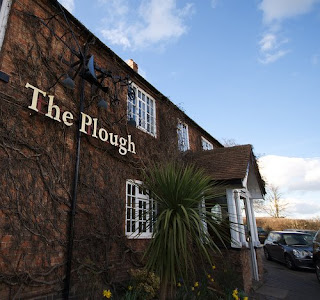 With Ilson playing for time the impressive Morgan-Smith marauds down the wing, beating the Ossett 14 jacket with ease. The lad tackles from behind and the game is stopped, He has bleach blonde hair and is wearing gloves. A wag in the crowd shouts out: “There’s no gay bars in Ilkeston youth.” It’s a reminder as to why we came tonight.

It’s back to our local for two pints of Rev James from the Welsh brewery called Brains. We’re next to an open fire, and it gives us the chance to wax lyrical about the most entertaining match we’ve witnessed this season. It’s only spoilt by them pair of tossers, Robson and Jerome, whose song I Believe is playing on the CD player.

Man of the Match: Simon Baldry
Posted by Sticky at 11:41 PM