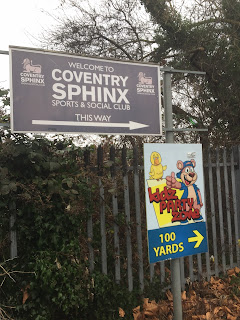 We shuffle out of Celtic Park down umpteen flights of concrete stairs. The Bhoys have survived a late rally by a plucky Dundee. A stroll is taken through the Gorbals district and into Glasgow city centre. The mother of all sessions takes place amongst all the Christmas revellers.We even manage to blag our way into a private party. I rub my eyes in disbelief, shedding a tear or two, when scanning my bank statement the following morning. Glasgow is ticked off - I have no regrets at all - it's up there with London and Manchester as one of my favourite cities in the UK.

The lead up to Christmas seems to drag on and on. I meet for drinks with work colleagues in The Embankment where pizzas are two for one. I catch a game at the 'Costa Coffee Stadium' where a rejuvenated West Bridgford FC muller lacklustre league leaders Stapenhill. 3-1 flatters the visitors. A groundhopper collapsed at the game. It's a relief to find out, the following day, that the guy is sitting up in a hospital bed.

My season ticket is renewed and rubber stamped at my favourite watering hole, the Herbert Kilpin, on Bridlesmith Walk, in Nottingham city centre. Christmas Eve morning is spent with my wonderful two sons in the Trent Bridge Inn. We wolf down a full English breakfast, which will set us up for the rest of the day. We exchange gifts and say our goodbyes. I miss them so much, 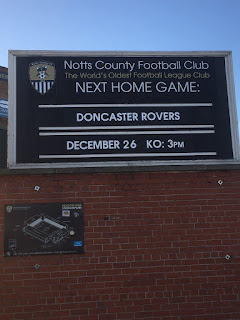 Ms Moon and I finally walk into town at tea-time. Ironically, we bump into Celtic fan, Jimmy Henry, and his family on Station Street, before partaking in a few bubbles and real ale at the Bear and Lace and Crafty Crow.

Christmas Day is spent at 'Auntie Val's (Ms Moon's mum) - Murphy the budgie doesn't make the trip. Pandemonium breaks out during a competitive game of Monopoly. Ms Moon and her brother 'Alfie' play a mean game and end up with hotels on every property. I spend more time in jail than Ronnie Biggs. When I finally get out, I manage to throw 3x doubles and end up back in again. 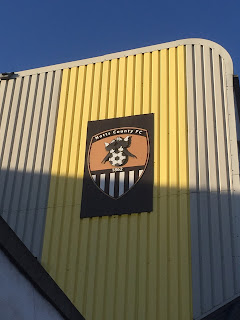 It's Boxing Day morning and we're umming and ahhing whether to make the trip to Northamptonshire to watch a United Counties League local derby. I've overindulged on the Chateauneuf-du-pape. We agree that the best course of action is for me to go and watch Notts County and for Ms Moon to curl up on the sofa and watch a soppy film.

A stiff, cool breeze is blowing in from the west as I trudge up Daleside Road, wrapped up to the ninepins. I walk past Arthur Johnson auctioneers - a place I keep threatening to rock up to on a Saturday morning, when it's a hive of activity. I take a wander around the perimeter of the Meadow Lane ground, before paying £24 at the ticket office and £3 for a programme. I take a pew up in the Derek Pavis Stand. 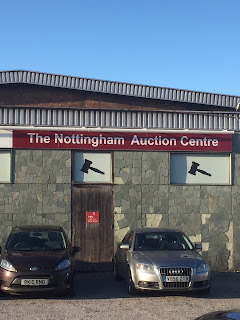 Local businessman, Alan Hardy, has announced that he is to buy the club from current owner Ray Trew. It certainly seems to have changed the vibe 'down the lane.' Positivity is in the air and morale is lifted amongst the supporters. It's quite a proud moment for me as I glance at the starting line-ups. Jordan Richards and Curtis Thompson are both playing today. They are local lads from the Nottingham inner-city areas of the Meadows and St Anns, who I brought into the club when I was Head of Talent ID at the Academy.

Notts are desperately short of confidence,  it's something to be expected from a team on such a long losing streak - Doncaster aren't much better. A cross from the left catches the defence cat-napping as Rovers take the lead. The game should be over as a contest, when minutes later, it's deja vu, with another cross coming in, only the woodwork saves Notts's blushes  I walk back home thoroughly depressed by the game. Emergency surgery is required in the January transfer market to prevent the Pies being sucked into a relegation scrap. 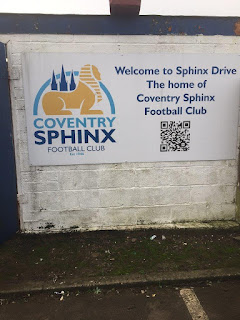 Disaster strikes on Tuesday afternoon. After a wonderful lunch out at the Old Bulls Head in the picturesque village of Woodhouse Eaves, near to Loughborough, the 'Rolls Royce' decides to conk out a mile from home. There's spillage all over the road. It looks for certain that there could be a parting of the ways, as a post-mortem will confirm she is off to the 'scrapyard in the sky.'

Measures need to be put in place. We drive down to Burgess Hill, in Sussex, the following day. Monopoly man 'Alfie' Moon is 'in the trade.' I borrow a Ford C-Max indefinitely.  I christen it 'Kip Keino' as it has more miles on the clock than the Kenyan long distance runner. 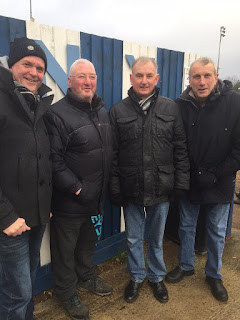 It's Saturday morning, a rather sad, miserable and forlorn looking Murphy the budgie is sitting on his swing. His hero, Brian Matthew, from Radio 2's Sound of the 60s show, is still on long term sick. Murphy ain't happy when I start dancing to Ray Charles 'Hit the Road Jack.' We leave him sulking on his perch.

An early midday kick-off suits us; we've been invited to a party at Taggart's estate in Widmerpool. The drive to Coventry is routine. Ms Moon takes the Audi up the A46, M1, M69 and back onto the A46. The ground is shoehorned into the back of a housing estate. The good lady parks up as I take a few snaps. It's £6 a pop on the gate. I didn't see a programme seller, so miss out on a match momento. 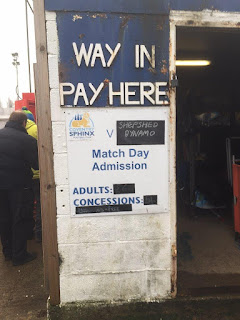 Whilst Ms Moon is in the burger queue I bump into some of the lads I know from Shepshed. The club is very dear to my heart. White Van Man and I followed them around the Midlands when our mate 'Screats' was captain. The PA guy is quite amusing; he shouts out the teams and plays some 70s classics.

Coventry is the ninth largest city in England with a population over nearly 350,000. The city suffered horrifically during the Blitz in 1940 when the German` Luftwaffe destroyed the 14th Century Coventry Cathedral. It was also famous for its car industry. Famous people from 'Cov' include: footballers Bobby Gould, Graham Alexander, Gary McSheffrey and Callum Wilson, the cricketer Ian Bell and singers Terry Hall, Hazel O'Connor and Paul King. 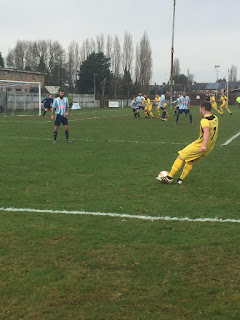 Sphinx make a great start, carving out a few chances that they fluff.  Ms Moon remarks on how quiet the travelling faithful are - we saw them at Heanor a year ago where they sang their hearts out. Ms Moon also says it has the makings of a 0-0. She gets the look of death off Sticky - we don't do 0-0s folks.

I've got four layers on but I am desperate for a warm in the Clubhouse. 'My team' Celtic are toughing it out with Rangers in the 'Old Firm' derby. Rangers nemesis, Dembele, has just bagged again. Ms Moon isn't feeling it, she's undercooked it on the clothing front. I send 'the Princess' to Audi and tell her to put the heating on for 10 minutes. 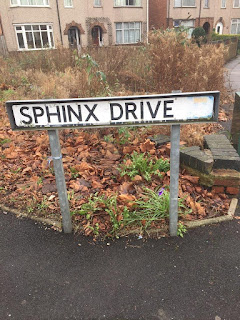 The second half is proper muck 'n nettles. Shepshed take the lead after a set piece goes tits up. They can't decide whether to stick or twist. Sphinx throw a couple of youth on from the bench with legs and energy. The equaliser comes from a brilliant cross. The inevitable winner is smashed home from close range despite a brilliant attempt by former Nottingham Forest goalkeeper Ben Gathercole, who gets a strong hand on it.

The Coventry Sphinx manager is a big time Charlie and a bully to boot. He never makes a coaching point and constantly fishes his mobile phone from out of his pocket pretending to look at text messages He snaps, snarls and hurls abuse at the officials, telling them to "f**k off" or informing them they are "shit". The assistant ref is told to "get back on your turkey", which is pretty rich coming from a guy who has ate all the pies.

Man of the Match: Shepshed left back - No.3