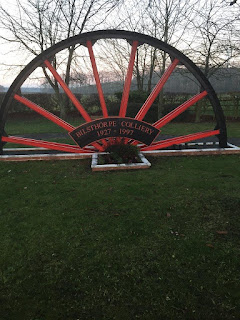 We've had a wonderful day out in Staffordshire and have discovered another gem of a ground out near Cannock Chase, close to where Stanley Victor Collymore used to 'walk his dog.' There's no time for a drinky poo on Trent Bridge - Ms Moon is off to watch some comedy at Notts County's Meadow Lane, and I don't mean the pantomime on the pitch during the 3-0 reverse to lowly Newport County.

Just the Tonic have comedians Reginald D Hunter, Paul from The Chase and Grimsby Town fan Lloyd Griffith on the bill tonight. It's at the Meadow Lane Sports Bar - the takings should help the owners stave off another HMRC winding-up order in the High Court on December 19th - they've had more court appearances than Nick Cotton.

I give the 'Comedy Night' the swerve, Murphy and I settle down for the evening's Spanish La Liga clash between the two Madrid teams. Ronaldo has a cigar on, it's a virtuoso performance from the 31-year-old Madeiran-born superstar. Murphy Palmer has proper got the hump. Norwich City have lost four games on the spin. The young Canary is threatening not to fly down the A52 next Saturday when they visit a rejuvenated D***y County. 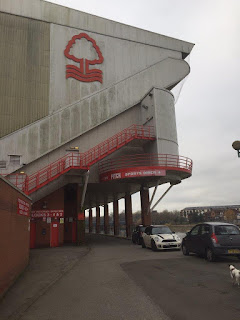 I've nodded off to sleep in bed, that £5.99 Malbec from Aldi has done for me. Ms Moon and her mate, Kay, come crashing through the door at some God unearthly hour. I help them see off a KFC midnight feast.

There's not much popping during the week. Poor old Michael has bitten the dust in Phelan's yard. Murphy the budgie whistles and sings as Michael takes his final few breaths. Pat's not laughing now though as 'Dave Glover' off Emmerdale has double-sixed him by swanning off to Hawaii with all the lolly - don't ask me, I haven't got a Scooby-Do.

I'm up in Liverpool on Tuesday afternoon on business. I was hoping to take in the Liverpool Senior Cup tie between Bootle FC and Marine. The chuffing weather puts paid to that. I spend the evening in my Premier Inn hotel room on the Albert Dock. I can't even be bothered to have a scout round for Pat Phelan and punch him in the face. 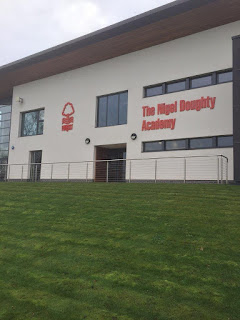 Ironically Steven Gerrard announces his retirement from football whilst I'm up in Merseyside. Folk wax lyrical about the famous Champions League final in Istanbul. For me, he'll be best remembered for the bar room brawl at the Lounge Inn in Southport, which resulted in Gerrard and his cronies from Huyton appearing before the beak after a DJ was beaten up after declining Stevie's request for a Phil Collins song - an arrestable offence in itself.  Gerrard was found not guilty with his QC, John Kelsey-Fry, reportedly a cool £250,000 better off after five days graft in the courtroom.

I sink a few Punk IPA's on Friday evening as Sean has a hissy fit with Norris Cole who is trying to swizzle him out of some dollar. On Sky Sports the Tricky Trees are giving Barnsley a good doing-over, without, for once, relying on the goals of star striker Britt Assombalonga.

It's Saturday morning and freezing brass monkeys. I've had to break the news to Murphy that Brian Matthew has phoned in sick and won't be hosting the Sound of the 60s show on Radio 2. The 88-year-old is 'feeling under the weather' according to his stand-in. Murphy pipes up that he's going to send him a 'get well' card. 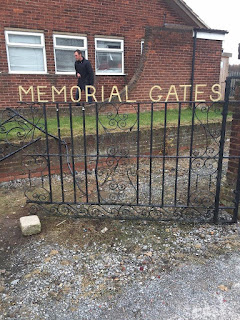 Heartbeat is on ITV encore again. I'm gripped by the latest happenings as I slurp down a mug of Yorkshire Tea. PC Rowan is an undercover pirate radio DJ. Murphy cheers up when Rowan plays 'Waterloo Sunset' by The Kinks. Meanwhile the laziest copper in North Yorkshire, PC Alf Ventress, is caught red-handed by Sergeant Blaketon tossing it off reading the Sporting Life whilst dunking a digestive into his 'cuppa' tea. Greengrass is in a spot of bother when his house goes up in a puff of smoke after an unsuccessful venture at a Moonshine homebrew. It's quality TV folks.

I head down Daleside Road, Meadow Lane and onto Lady Bay Bridge, before walking down some steps that lead to the banks of the Trent. I wander past The City Ground and onto the Loughborough Road, taking a right hand turn down Wilford Lane.

Nottingham Forest under 18s and under 16s are taking on Huddersfield Town this morning. Academy football can be a bit boring and stale at times. The Forest 11 jacket is leading the Terriers a merry dance. You can tell he's not been in the system long as he has a little trick or two up his sleeve and actually takes a player on, rather than playing safe. Former Ipswich Town and NFFC striker David Johnson is stood next to me watching his son Brennan play. He says the 11 jacket is on trial. I google him and find out he is a Republic of Ireland under 16 called Yassine EnNeyah - I hope The Tricky Trees sign him. 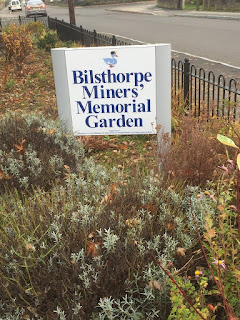 A gaggle of groundhoppers are gathered at the top of a grass bank, viewing the game whilst discussing the latest offers on Tupperware sandwich boxes and plastic programme covers. I chat with a few parents and bump into a few scouts before being picked up by Ms Moon's taxi service and whisked off up to Bilsthorpe. It's the muck 'n nettles of the Central Midlands League today.  Paul Gambacinni is playing 'Beautiful Noise' by Neil Diamond from 1976. I remember buying that single for my mum on her birthday on Boxing Day - bless her soul.

Ms Moon parks up opposite the post office as I dash across the road to the Bilsthorpe Colliery Memorial Garden. A spaced-out guy walks past me inhaling on a joint. I take a few photos and pay my respects to the 77 miners that lost their lives at the pit, which is commemorated by a Davy Lamp in the garden. 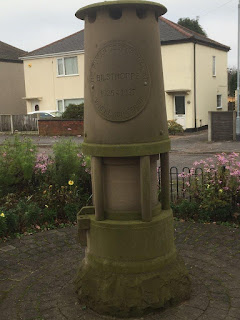 Bilsthorpe is a village in the Newark and Sherwood District with a population of just over 3,000. The local colliery closed in 1997 after opening in 1927. On 18th August 1994 a roof collapse at the mine killed three miners including 31 year old Undermanager David Shelton, who was posthumously awarded the George Medal for bravery, as was survivor Ray Thompson.

It's £3 on the gate and £1 for the programme, everyone seems really friendly. We know Lee and Lance from Harworth after a previous visit. I have a groundhopper out of body experience after 20 seconds when I get my grubby mitts on the match ball - I have a smile as wide as the Mersey Tunnel. 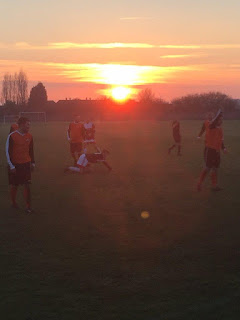 I recognise the Bilsthorpe assistant manager, it's none other than the best talent spotter in North Notts, Mickey Gould. We wander over to the dugout and exchange some banter with the old bugger. He's trying his best not to swear as Harworth take the lead, mindful that ladies and bairns are present. He's a proper old school gentleman is Mickey.

It's 2-1 to the visitors at the break as we do another lap of the ground to keep the blood circulating. There's a bowls club, junior football pitches and a roped-off cricket pitch. The main pitch has a white-painted rail which runs half way around the ground. On the nearest touchline towards the furthest goal stands a frame from what was previously a covered stand, now dismantled. A 12-year-old boy has chased stray shots behind the furthest goal. He's sporting a D***y County training top, as he represents their Academy. I admire his dedication as he has brought with him a set of training ladders  which he jumps in and out of during the break. 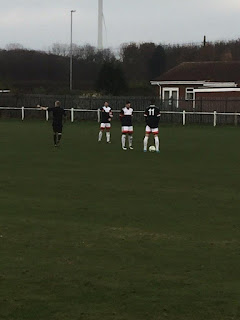 Man of the Match: The African-born Irish winger for NFFC Under 18s