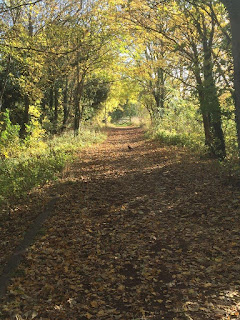 On Sunday morning we have coffee and share a Danish pastry at the Wired coffee shop at the top of Hockley, a trendy area of Notts, that's better known as the 'Creative Quarter.'  Ken Loach's Cannes Film Festival awarding-winning production, I, Daniel Blake, has an early showing at the Broadway Cinema. It's a deeply moving and emotional 90 minutes, as the lead actor traipses the streets of Newcastle looking for work, leading to frustrations with the bureaucracy of the DHSS. There's hardly a dry eye in the house as the credits begin to roll.

Lunch is spent at the Hand and Heart on Derby Road. It's a snug Victorian boozer with dining tables in caves to the rear. I sample a Stilton-infused real ale from the Belvoir Brewery. It has a cracking after-taste. I knock up the blog from yesterday's game in the United Counties League, out in deepest Cambridgeshire. I send a link of the blog, on twitter, to Peterborough Sports manager Jimmy Dean - I hope it cheers him up, as the poor bloke looked crestfallen at the final whistle.

I'm up in South Normanton, at Junction 28 of the M1, on Wednesday evening - The Taxman and Butters are also in attendance. It's a Cup replay, with West Bridgford FC the visitors from south Notts. We were at the first game at a bitterly cold Regatta Way, close to Holme Pierrepont. It finished 2-2, so we just had to see the tie reach its conclusion. 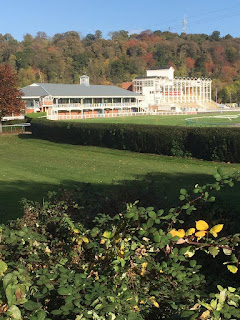 You could put your house on the game going into extra-time, what makes it even worse is that it's nil flipping nil. Both teams bag a goal in extra-time, with South Normanton running out winners 5-3 on a penalty shoot-out. I arrive home at 11:30pm and don't thaw out until the following morning.

Friday November 4th is Sticky Junior's big day, it's his 21st birthday. He celebrates in the morning with a hearty breakfast at the village bistro. He'll be on an almighty bender in the evening - his little bro is back from uni at Leeds to keep an eye on him. 'The Keyworth Georgie Best' won't be playing football tomorrow - he'll be hanging.

I meet Ms Moon in the Trent Bridge Inn for a tea-time drinky poo. It ain't my favourite pub, as it's a Wetherspoons establishment that attracts professional drinkers. I enjoy a couple of pints of pale ale from the Pheasantry Brewery, in Newark, before tucking into a curry, followed by an early night. 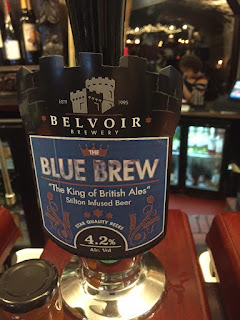 Ms Moon is up and at 'em early doors on Saturday morning. The good lady shoots up town to splash the cash out on some clobber for Piers' 40th birthday bash at Revolucion De Cuba on Market Street in Nottingham city centre this evening.

A bleary-eyed Sticky Palms is awoken by some bolt cranking up a chainsaw. It goes on and on and on. I reckon Murphy the budgie could do a quieter job pecking that tree down. Talking of Murphy, he's in a foul, vile mood this morning, the reasons are three fold: Ms Moon has failed to open his cage, turn the lights on and most importantly not switch on the wireless (radio to you kids) for the Brian Matthew Sound of the 60s Show. He is livid folks, raging in fact. The little lad is still knackered and radgy after his 400 mile round flight to Brighton Hove Albion's Amex Stadium to watch his beloved Canaries take a 5-0 gubbing. 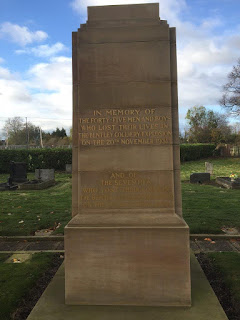 He's perched on my shoulder, kissing my neck, as I wash and dry the pots. Brian is knocking out some belters as I head out of the door and stroll across to Racecourse Road. It's a beautiful, crisp, autumnal morning, with sun-drenched skies.

I turn off down a public bridleway close to the plush apartments on Nottingham Waterside, where former Notts County Director of Football Sven-Goran Eriksson once resided - it sounds like a crazy dream, doesn't it? 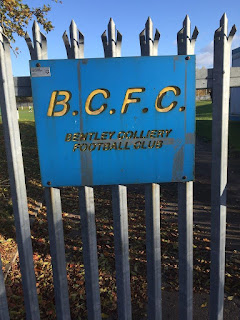 Rowing boats are roared down the Trent by coaches on bikes shouting through loudhailers. Joggers pound the gritted pathways, out of breath and without rhythm. I pass a wooden bench covered in fresh flowers. A plaque says that the deceased man loved to fish at this peg on Colwick Country Park.

I enjoy my peaceful one hour stroll. I return back to base just in time to hear the brilliant Colin Murray hosting Fighting Talk on Five Live. Fast Show actor Simon Day takes the rise out of former Sunderland striker Kevin Phillips who left a coaching role at Leicester City at the beginning of the 2015-16 season to take up the No.2 role at D***y County. It's a footballing faux pas. 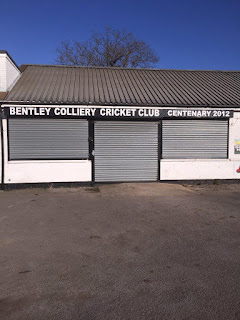 Ms Moon arrives back with bags of shopping. There's no time to chillax, we're soon travelling up the A614 towards Donny. The Audi is back on the road - it's had more lay-offs than Andy Carroll. Graham Norton is on the radio, he has played a pile of poo, as well as having Robbie Williams and his wife on as guests - both are bloody awful, as is some fool from the Sky Arts TV channel. The chink of light arrives at 12:55pm courtesy of the sublime Divine Comedy and 'Something For The Weekend.' 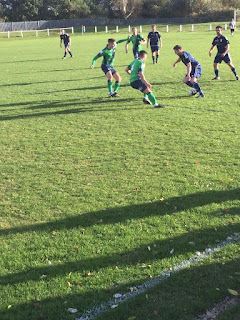 By gum it's tasty in Doncaster. Shoe-horned inbetween two bookmakers is a 'loan shark' shop. First port of call is the cemetery in the village of Arksey. On Friday November 20th 1931 at 5:45pm an underground explosion at Bentley Colliery killed 45 men and boys. I'm stood here now paying my respects at the memorial and the plots of those who were found. In 1978 a Paddy train crashed in the mine killing 7 miners. In 1993 British Coal announced the closure of the colliery - another community was crushed and broken.

We rock up, eventually outside the ground, fifteen minutes before kick off, having driven past the cricket ground, with Sat Nav sending us down a tight road at the back of some allotments. We've both got four layers on and woollen hats, as the weather is expected to turn. 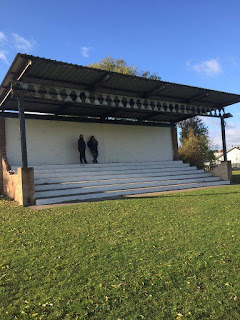 It's £3 a pop on the gate and I also manage to bag the last available programme.  There's a white-painted brick-built stand on the nearest side and the ground is fully railed off. The pitch looks in fine fettle for this time of year. There's no floodlights - hence the 2pm kick off. The changing rooms are Portakabins. We grab a tea and coffee and position ourselves to the left of the visitors' dugout.

I fiddle about in my coat and jeans pockets looking for my programme - chuff me I've managed to lose it. Most proper Hoppers would be having a nervous breakdown, crying their eyes out and preparing themselves for a sleepless night by now - as former Nottingham Forest manager Billy Davies used to say (when he was really cross) "it is what it is." 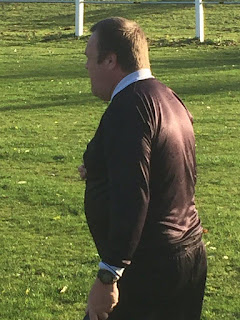 There's a minute's silence for Remembrance Day. Many of the players have poppies stuck on their shirts - a nice touch that. Retford start well, but the two up top look like they are carrying a tad too much -  10 jacket looks like former WBA forward Cyrille Regis - minus the pace. Bentley race into a three goal lead - the game is all but over at the break. Mooney remarks that the linesman (ref's assistant) looks like former Chancellor of the Exchequer, Kenneth Clarke - "well he is on the right wing, love."

Ms Moon returns to the car for a warm-up. I wander up to the back of the stand to retreat from the biting wind and general blustery conditions. I bump into Hugo the Pug who is gnawing on an empty water bottle. He reluctantly poses for a photo for the Non League Dogs twitter account. 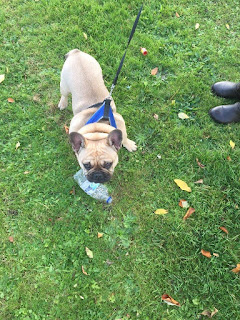 9 jacket for Retford has been blowing a gasket for most of the game. He's shown a yellow card for petulance, having kicked the ball away. Moments later the referee brandishes a Red for an off-the-ball incident.

There's a late rally from the visitors who deserve a couple of goals for their endeavours. We scurry off to the car at the final whistle as the weather conditions begin to deteriorate.