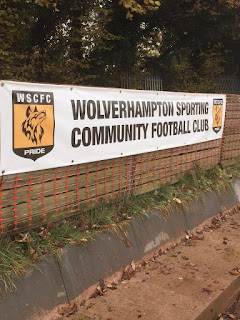 White Van Man is in cruise control as the 4x4 heads back up the A1 North from Biggleswade. Sticky P is riding shotgun, a tipsy Trumpy Bolton, who has left some fuel in the reserve tank, for his night out in the Keyworth Tavern, is slumped in the back seat putting the world to rights. Brexit campaigner Bolton had earlier in the day raised his eyebrows at Sticky, in the Jolly Postie in Royston, when I'd asked the waitress for some French mustard to accompany my gammon. When asked who should be the next England manager, he said that they might as well have asked Matt Baker from BBC One's Countryfile, rather than odds on favourite Gareth Southgate.

I chauffeur Mr and Mrs T Bolton to the Tavern, politely declining their invitation of a drink, before heading north of the Trent back to HQ. In the morning Ms Moon and I head up to Copper Cafe Bar on Woodborough Road in Mapperley. At 11 o'clock a two-minute silence is observed by all the customers, which is followed by a round of applause. We walk breakfast off around Gedling Country Park, admiring the stunning, sweeping views of Nottingham from its peak.

It's a relatively quiet week, apart from aquaplaning the 'Rolls Royce' down the A14 for an overnight stay in Ipswich. Any chance of a new ground in Suffolk is scuppered by the rain. I start to channel hop whilst England look comfortable versus Spain. A crazy last few minutes sees the visitors restore parity. The highlight of the week is watching former West Yorkshire Chief Constable 'Sir' Norman Bettison squirm under pressure on Newsnight, as presenter Evan Davis grills him about the part he played in the 'Hillsborough Disaster.'  British book retailer Waterstones refuse the self-indulgent publication on their shelves. The idiot remains the subject of an IPCC investigation.

It's Friday evening and Sticky Palms is reading a Non-League book called the 'Bottom Corner' by Nige Tassell, whilst Murphy the budgie is minding his own business swinging upside down on his perch. Ms Moon is gripped by the latest goings-on in the cobbled streets of Coronation Street. Scouse 'property developer' Pat Phelan is offered £2,000 by some lass who works in Roy's Rolls to skedaddle. Phelan claims he couldn't even buy a 10-year-old Mondeo for that. Murphy and I are seething, we love our Sea Grey Mondeo, the cheeky sod. I'm up in Liverpool on Tuesday night and I'll be hunting Phelan down. Poor old Michael bites the dust in Len Fairclough's old builder's yard. It's an oscar-winning performance from Les Dennis - a TV Times gong is a shoe-in. 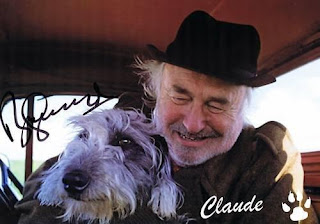 It's all hands to the pump in the morning, we're watching Heartbeat on ITV Encore. There's been a car accident up on the moors, Sergeant Blaketon is up at Aidensfield accident and emergency trying to comfort relatives of the bereaved. An emergency call comes in from PC Ventress back in the station, a pot of tea for three is mashing and he has cracked open a packet of McVitie's ginger nuts. The episode ends in pandemonium after Greengrass and Alfred the dog scoff a space cake.

It looks beautiful outside again. I stretch my legs across the road towards Nottingham Racecourse and Colwick Country Park. My walking boots crunch through the frost-covered leaves that litter the pavement. I exchange pleasantries with the out-of-breath Notts Police Crime Commissioner Paddy Tipping who is on the fag end of a park run. I bumped into Paddy a few years ago during the parliamentary expenses scandal in 2009. He was clutching a parking ticket from West Bridgford Library car park. I quipped:  "You claiming that one Paddy, eh ?"  ..... he didn't crack a smile.

I settle down to watch the lunchtime top of the table clash in the Conference between eco-friendly Forest Green Rovers and the 'Mighty Imps' of Lincoln City - 'The Lincoln' are bloody awful in the first half. Murphy requests that the match is turned off so he can peck his DAB radio and tune into Paul Gambacinni's 'Pick of the Pops.' He's soon head-butting his mirror in time to Freda Payne's 1970 hit 'Band of Gold.' 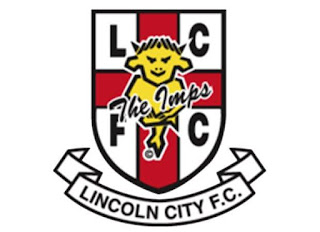 The drive to the Black Country is easy peasy lemon squeezy. We're in the 10-year-old Ford Mondeo - Pat Phelan from Corrie is on the roof rack. We're in the village of Great Wyrley within the hour. The car park is congested, so we shoe-horn the 'Rolls' into a vacant space down an adjacent country lane.

The Club were founded in 2001, having previously been called Heath Town Rangers - an area of Wolverhampton where the DJ, Goldie and former England coach Don Howe were associated with. They were formerly known as Chubb Sports FC, before the Chubb lock and safe factory closed down.

It's £5 on the gate and £1 for a programme - just the two left. I ask the young lads on the turnstile if Wolves Sporting will win this week - "not if we play like last week." They are referring to the shock 4-2 reverse at Stone Old Alleyians, WSC's first defeat of the season. 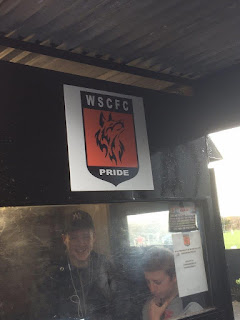 There's a red-bricked two storey building behind the nearest goal. A pre-school nursery is on the ground floor with the bar and function room up the staircase. I fiddle with 'Live Scores' on my phone. Ms Moon appears from the clubhouse with a tray of chips saturated in Ketchup. I'm doing the Michael Flatley Riverdance - 'The Lincoln' have pulled off a 3-2 win at league leaders Forest Green Rovers.

The game starts at 3:03pm - the 'Hopper' PC brigade would be incandescent with rage if they were here. Me personally, couldn't give a toss. From the kick-off a ball is sprayed out to the WSC winger, who falls arse over tit with the ball bizzarely rebounding off a random, stationary cherry-picker. Within five minutes the home side are 2-0 up. The first is created from a 'Rory Delap' long throw, which is headed into the bottom corner with the 'keeper' - who only arrived just before the game - going down in installments.

The visitors, from Telford, despite the scoreline, are impressing me. The 10 jacket is too hot to handle, as he twists, turns and wriggles past his opponents. The ginger-haired No.9 is tenacious in the tackle and intelligent with the ball - despite his younger years; he is his team's voice, encouraging and cajoling at every opportunity. 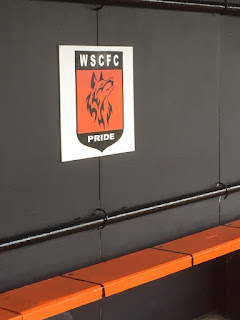 Bloody hell, we've bumped into a 'Proper Hopper' from Bristol - he's got more rattle than Danny Baker. I ask him if  he's got a sandwich box, plastic sleeve for his programme and whether he's caught the train and bus. I like the guy, despite him talking me through the 400 grounds he's hopped to. Ms Moon makes her excuses and dashes off to 'Wolfies Bar' - leaving me stranded with 'Hopper' telling me about ground 199 ... doh. 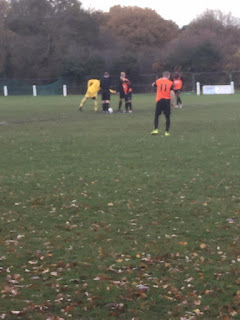 Don't ask me but Wellington have shunted the poor young ginger lad out on the right wing in the second half. I catch his attention and ask why he's on the wing and not in the middle where he can dictate the game. He's just back from university and recovering from a five-month lay-off with a broken collar bone.

Wellington raise the white flag in the second half, conceding a further four goals - it could have been more. Nobody's cause is helped by a referee who fails to spot obvious fouls, letting perpetrators off the hook. I have a lovely conversation with club 'General Dogsbody' Paul Harrison before bidding farewell to 'Bristol Hopper' - it's been another cracking day out, all for £5.

Man of the Match: Bristol Hopper
Posted by Sticky at 7:28 PM