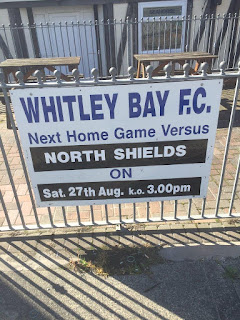 What a wretched day we had up in Ramsbottom on Saturday. The Audi conked out half a mile from the pub. John the Glaswegian breakdown recovery driver saved the day, as we dropped off the heap of scrap at Frank Butcher's Car Lot in Alfreton. Oh well, at least we've got a courtesy car.

It's Sunday morning and Ms Moon is off to Morrisons for a spot of shopping. I hear her turn the car over and over again. Even the courtesy car won't fire up. Jesus wept, what a bloody weekend we're having. My car's blocked in, we can't move Ms Moon's piece of junk because of parked cars on the street. I cope with the situation in my usual style, by retiring to the Starting Gate in Colwick for a pint of real ale.

I continue my walk down the Colwick Loop Road before waltzing into Morrisons on Netherfield Retail Park. I exit 15 minutes later with two full bags of shopping, before the long 3 mile slog home. It's a shoe-in that'll be requesting a foot massage later in the day. I still knocked a blog up from Ramsbottom, despite not seeing a ball kicked, we'll return there before Christmas. 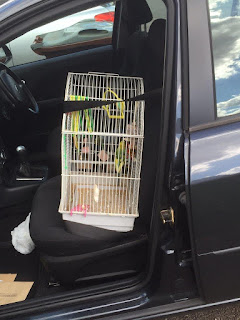 Tuesday evening is spent in the charming village of Radcliffe-on-Trent, at Wharf Lane, as Radcliffe Olympic take on Sticky's favourites, Radford FC in the East Midlands Counties League. It's a sweltering evening, I'm covered in thunder flies and have been bitten to death. Radford aren't at the races and get the thumping they deserve. Big Glenn Russell, the Radford manager, is having a dicky fit on the far side of the ground. He spends most of the night picking up his baseball cap that he's flung to the ground.

Murphy the budgie and I are listening to Ken Bruce's Love Song spot on Radio 2. We both break down in tears when he plays 'Miss You Nights' by Cliff Richard - the song's rubbish, but it reminds us of our best friend, Finley the rabbit, who passed away earlier in the year. He was famous for his crap Non League score predictions - everybody loved Finley. Murphy is soon popping his head out of the cage and sticking his beak into the off button, when Ken Bruce asks a contestant to name three Craig David 'songs' on the 'three in ten slot' on Pop Master.

We tune into Five Live Sports Extra. A vital County Championship game between Yorkshire and Notts is being played at Scarborough's picturesque North Marine Road cricket ground. The commentator, Kevin Howells, confesses to having watched the British period medical drama The Royal on ITV, that was set in the town. I tweet him to say it wasn't a patch on Heartbeat - he has a chuckle as he reads it out live on air. 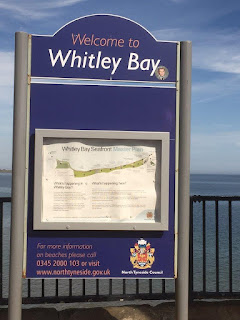 We're up and at 'em by 7am on Saturday. There's an emergency pit stop at Costa Coffee on Daleside Road, as Ms Moon can be a nasty so and so without a caffeine intake. We jump on the A1 near Newark, there's not much traffic about. Brian Matthew is having a nightmare on his Radio 2 60s show. Murphy the budgie won't be giving two hoots though, as he's staying at his Auntie Val's for the weekend, so will be listening to Classic FM.

We park up at the ice rink in Whitley Bay. The skies are sun-kissed and the air still. A guy from ZZ Top is fishing on the sea front. He's ledgering around 100 metres out to sea and is hopeful of landing some cod and pollock. I chance my arm on the darts at the fairground. I just need to score over 10, in different beds, with each dart, to win £10. Sticky P is on flames but doesn't read the small print properly - doubles and trebles don't count. I 'win' a cuddly toy. I'm still sulking as we wolf down some haddock 'n chips on picnic benches outside the Whitley Whaler chippie. Lunch is washed down with a pint of 'Ring of Fire' at the King George. We walk past the The Rex Hotel and The Deep nightclub, The Rex ceased trading six months ago. The Deep remains open, but for how long ? You couldn't move for folk when I was last here 25 years ago. 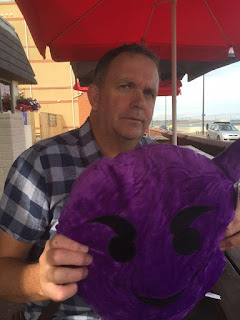 Whitley Bay is a seaside town in Tyne and Wear with a population of 10,000. Notable people from the area include: Captain Gladstone Adams, the inventor of the windscreen wiper, former Aston Villa, Leicester and Blackburn forward Graham Fenton (North Shields manager) and the screenwriter Ian La Frenais who co-wrote Whatever Happened to the Likely Lads and Porridge.

Thursday night used to be the big night out in the resort, folk used to flock in from North Shields and South Shields for hen parties and stag nights. I was privy to one of these nights in 1991. We were still supping ale on the pavement outside the Royal Hotel at 5am, spilling out into the road like they do in Malia. Whitley Bay FC were founded in 1897 and are nicknamed the Seahorses. They have won the FA Vase on four occasions - the only team to do so. 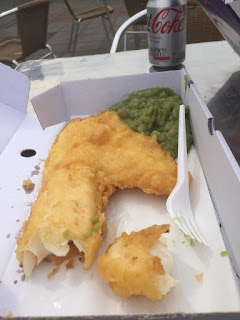 The Phoenix Tap looks a decent pub and it's not far from the ground. A pint of Aurora is cheap as chips at £2.30. We stroll up to the Hillheads Park. It's £6 on the gate and £1.50 for an information-packed programme. The ground is a belter, with two large stands, a club shop and tea huts on both sides of the ground. Local rivals North Shields are today's visitors.

The standard of football is extremely high, as good as I've witnessed at this level. I hear the famous 'North East Roar' that I read about in Harry Pearson's A Far Corner - A Mazy Dribble Through North East Football - a book that influenced my love-in with Non League football. 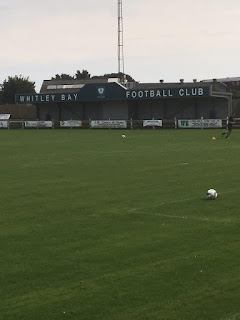 North Shields look particularly slick going forward. Slightly against the run of play the Seahorses take the lead with Adam Shanks sweeping home a cross from the right hand side. There is a round of applause on 26 minutes for North Shields toddler Frankie Sherwood, who is bravely battling cancer for the second time in his short life. A bucket collection raises £669.10.

The Whitley Bay DJ is having a 'mare, I'd expected to hear Bryan Ferry, Sting or heaven forbid Cheryl Cole and Jimmy Nail, instead it's some woeful R'n B whack. Ms Moon says he sounds like Dennis off Auf Wiedersehen Pet. I've stiffened up since our 6 mile hike around the resort. I drag my weary body to the loo, passing the Whitley Bay WAGS. I feel like putting my feet up in the glorious main stand and having forty winks. 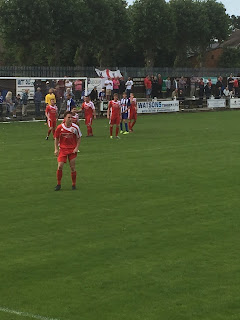 North Shields awaken and roll their sleeves up. They score two quick goals from the head of substitute Ryan Carr in similar fashion.

The Seahorses throw on big unit, Ross Wilkinson. His legs might of gone, but he is a bloody nuisance. North Shields don't know whether to stick or twist. Whitley Bay nick a deserved equaliser with a few minutes remaining to share the spoils.