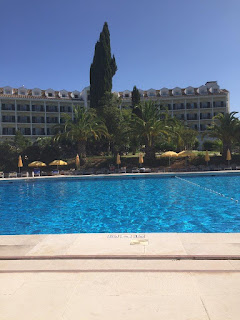 It's Wednesday July 6th. I'm at full stretch, at the poolside, on a sunbed in the glorious surroundings of the Penina Hotel and Golf Resort, close to the seaside town of Alvor, in the Algarve. I'm racing my way through the autobiography of former Lancashire and England cricketer Graeme Fowler and his struggles with mental health issues.

A guy in a black and tangerine training kit catches the corner of my eye as he chats to hotel staff. Towels are laid out on 15 beds, as a plastic container full of water bottles and energy drinks are wheeled around the pool.

A football team trot down the steps, before peeling off their kit and jumping into the pool to cool off and warm down. I'm taken aback at how young and lean they look. At first glance I thought it was Wolverhampton Wanderers. It's only when I see a chubby, grey-haired chap, sprawled out on a sunbed, with a phone glued to his ear, that I realise that the 'Ugly Dinner Lady' and his Hull City squad are in town for a 10 day training camp - I kid you not, the sun went in and it clouded over when Steve Bruce removed his shirt. 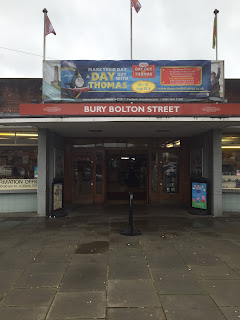 Earlier that morning Ms Moon had clocked a pony-tailed Patrick Mower in the breakfast room. It was the talk of the hotel until Hull City's entourage pitched up a few hours later. Everyone was blanking Mower after that.

We touch down at East Midlands Airport at 10pm on Thursday evening. I'm shitting bricks to be honest. I had one or two many glasses of Port after Portugal turned over Wales and posted on Facebook that I'd bare my bottom on Nottingham Racecourse if Oliver Giroud hit the onion bag for France v Germany in a game that was scheduled to be played the following night, whilst I was airborne. It was a safe bet to be honest; the fool never delivers in the big games. I'm relieved to see that Griezmann has bagged a brace when I switch my phone on at the airport.

Friday is spent catching up on emails after a week away in Portugal. We stroll around Nottingham Racecourse at tea-time, catching our breath for a drinks break at the Starting Gate. We walk back to Colwick up the final straight, having being spared the embarrassment of dropping my shorts due to Giroud's incompetence. 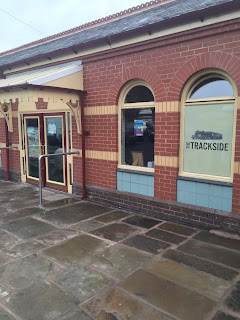 It's Saturday morning and it's been hosing it down with rain all night. I really shouldn't be whittling whether pre-season friendlies may be postponed due to inclement weather in July. I'm driving solo today as Ms Moon is spending time with her daughter before she travels to Australia, whilst Trumpy Bolton is on a tour of duty in West Wales.

I tootle up the M1 in the 'Rolls Royce' who has recently hit 100,000 miles on the clock. Fern Cotton and Martin Kemp have been drafted in for the summer as Graham Norton's replacement on Radio 2 - it's a slight improvement. Radcliffe Borough's brilliant Twitter account has confirmed that ground staff will be monitoring pitch conditions at Taurus Park.

There's a pea souper of a mist on Saddleworth Moor, the area is shrouded in low cloud. I hit the market town of Bury at 1pm. The last time I was here 'The Lincoln' were beaten 2-0. Trumpy and I met Chris Hughton and Five Live sports reporter Peter Slater. 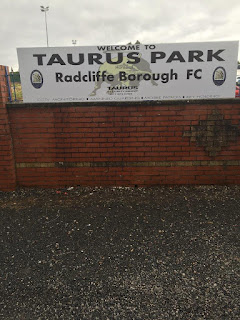 I shoehorn the car into a parking space close to the East Lancashire Central Railway. I glance at the parking tarrifs. The robbing buggers want a minimum £2 to park. I rummage around my pockets and muster up £1.99. It's just my luck that 'Terry the Traffic Warden' is doing a lap of honour around the joint. Fortune is always hiding, in this case it's a 20 pence piece in the footwell.

I run down the steps at Bury/Bolton station and swing open the door of The Trackside pub which is situated on the station platform. An Oakham Citrus ale is settling, so I opt instead for a pint of 1381 from the Wantsum brewery in Canterbury, Kent. The beer is good value at £2.60. I'm ripped off though, as an egg mayo sandwich is £4. I sink my pint as a rattler pulls in from Ramsbottom with 20 thirsty customers alighting the train and piling into the bar.

I make my way to Taurus Park with the game confirmed as being 100% on. Paul Gambaccini is playing Mel and Kim's 1986 hit FLM on Pick of the Pops. Poor old Murphy the Budgie will be getting all irate, as he's just got used to nearly man, Mark Goodier after the unceremonious sacking of Tony Blackburn. 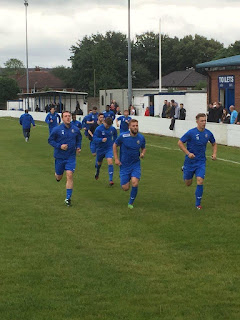 I park on a housing estate and stroll through the blue-painted wrought iron gates. Radcliffe lies in the Irwell Valley and is 2.5 miles south west of Bury. It has a population of 30,000, that was once famous for its paper mills. The local cricket club's former players include the West Indians Sir Garfield Sobers and Sir Frank Worrell. Well known custodians of Radcliffe include: three times World Snooker Champion John Spencer and Academy-winning film producer Danny Boyle.

It's a bargain £5 on the gate and £2 for a revamped programme that has been commissioned under the new regime. A couple of questions catch my eye: Who was the leading scorer in the 1966 World Cup finals ? Which England club's postal address is South Africa Road ?

The first thing that strikes me is how long the grass is on the playing surface. Mind you, with all this bloody rain they perhaps haven't had the chance to put the mower on it. On the nearest side of the ground is the clubhouse and changing rooms. There's a stand behind the furthest goal with blue tip up seats. Behind this is a large duck pond where young kids are launching bread into the water.The dug outs are positioned on the furthest touchline with concrete steps leading to blue crash barriers. The ground is neat and tidy and has had a lick of paint and some tender loving care. 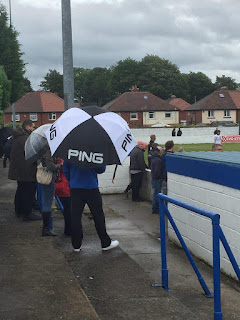 Those looming black clouds look bloody menacing as I hook up with a West Lancs groundhopper who is good for an anecdote or two as well as tipping me a few grounds to go to such as 'Little Wembley' at Nelson. He's an ex American Football coach. He tells me a tale how Radcliffe came to sign Craig Dawson who is now a regular for WBA. The lad was a glass collector and played in the same Sunday League team as the son of Bernard Manning Jnr, who is the major shareholder at Borough. Manning took a punt on the lad, the rest is history.

The DJ is an early contender for 'Jock of the Season.' He spins Justin Timberlake, Haddaway and 'Come Home' by James. You're always guaranteed a good tune or two in this neck of the woods.

Poor old Bolton have had it tough. They've tumbled into League One and are looking for stability with the appointment of former Bradford City manager Phil Parkinson. At least Peter Kaye still makes them laugh. 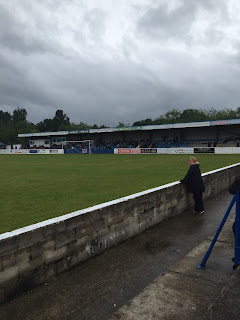 I am donating £1 per goal that I see each Saturday to the Parkinson's Disease charity. Paul Hilton, the Radcliffe Borough Chairman, has very kindly agreed to match my donation. The Trotters have sent two teams of youngsters who will play a half each, Borough are doing the same and have a number of trialists. Borough have a lively start and create a few half chances before Bolton race into a three goal lead, one a peach of a goal from their stand-out player 17 year old Jack Earring.

The DJ is at it again at the break playing 'Dreaming of You' by Merseyside band The Coral. Those black clouds begin to empty, the Rough Trade hoodie is called into action. It's pretty much different teams in the second period, with the same outcome as Bolton bag another three, the third of which is on the final whistle whilst I'm having a pee. I'll still cough up - I can't arf pick em.

Attendance: Quite a lot.

Man of the Match: Lancashire Groundhopper

Quiz answers: Eusebio and QPR
Posted by Sticky at 7:34 PM