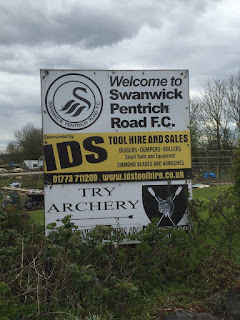 It's a beautiful sunny, spring evening and I'm slouched in a chair in the glorious beer garden of the White Horse with legendary Clifton All-Whites manager and friend to the stars, 'Tosh Turner' who has very kindly shouted up two pints of Shipyard pale ale. We chew the cud as we make the short stroll over the village green, cutting through a snicket and into Elms Park. In the far corner of the park, bowlers are steaming into the crease, full pelt, at pre-season cricket nets. It's my kind of ground, tree-lined and at the hub of the community.

We're not here for cricket, 'the best League in the World' has a match on tonight. The dying embers of the Notts Senior League season has turned into a three horse race for the title. Ruddington Village, one of the front-runners, are taking on inner city team Unity FC - Sticky's favourites. Unity is a project that was set up in 2005 by my good friend, youth worker, Morris Samuels. The project confronted gun and knife crime head-on, in a postcode gang war. Its aim was to unite the Meadows, St Anns and Radford. As Head of Recruitment at Notts County Academy my interest was immediate, and not just for selfish reasons. I love Nottingham and want it to be a safer place to live for everyone.

Morris gives me a big hug as we queue for cup-a-soup and tea at the refreshment bar. Unity are by far the best team I've seen this season in the NSL. They take the lead with a beautifully crafted goal created by former Pies scholar Reece Fyfe ('Rico'). He sets up the winner late in the second half to keep the title race wide open. This boy will play at a far higher level. 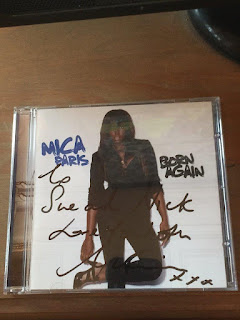 Ms Moon is out on Friday evening, Mica Paris (who?) is singing at the Riverbank Bar on Trent Bridge. I'm on one of my solo mini pub-crawls - Billy-no-mates. I amble through Sneinton, past the 'King Billy' (I shed a tear, I usually call in) on Manvers Street and onto Lower Parliament street in Nottingham city centre. I've got my dog-shit coloured shoes on that have knocked the tea ladies dead on my journeys to Non League football grounds in Yorkshire and Lancashire. We've never got on - they're chaffing into the top of my heel, causing a blister. The final slog up Derby Road to the micro-pub The Room With a Brew is a killer.

A knowledgeable landlord eases the pain by talking me through the eight real ales on the bar. Nelson's Oak from Hampshire is amber nectar. I've sunk it and it's gone in the bat of an eyelid. I've been tipped the wink about the Junkyard on Bridlesmith Walk. Tony 'Dogman' McDonald has warned me about the pretentious pricing structure. I pay £4 for 2/3 of a pint of filthy dishwater - I'll be giving this joint a wide-berth from now on. 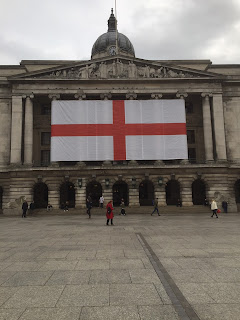 The solo tour ends in the TBI, who have some cracking ales on, with Rye pale ale being a particular favourite of mine. I wave Ms Moon off to the Mica Paris (who ?) concert and sink another couple, before diving into a chippy for a kebab on the Radcliffe Road. The long trek back home is excruciatingly painful. Those shoes are going to have to go. Quiz question: Who is Mica Paris's cousin ?

Ms Moon presents me with a signed copy of a Mica Paris CD. It's an utter head loss moment, but at least it will come in handy as a coaster for a mug of tea. Facebook confirms that Mr and Mrs Trumpy Bolton are on their way to town to celebrate St George's Day - it's 9:00am. It's just a short journey up the A610 today. On researching the Swanwick area for a decent boozer I chanced upon the village of Heage which sits high up between Belper and Ripley. More astonishingly they have a recently restored a six sail working windmill. 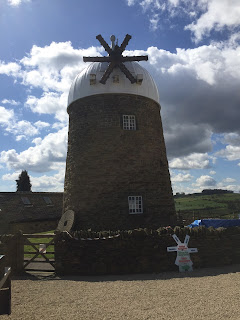 Bloody hell, just our luck, the sails have been dismounted and are laying on the ground, some timber has rotted away, so no flour will be made today. Piers conducts an interesting tour of the mill. Dame Ellen McArthur, born in Whatstandwell, re-opened the windmill in 2011 after it laid in disrepair since 1953. We'll return when it's fully functional and buy some flour from Bakewell's Farmers' Market.

The pub's calling. The Black Boy is only a mile away. It too has recently been renovated. It's slightly disappointing as it seems to be a half-finished project. The Tribute ale is nowt to write home about, tops on taps in the toilets are missing and the hand-drier doesn't work. The homemade food is tip top though. Lambs liver splashed with onion gravy and home-cooked chips is a winner. 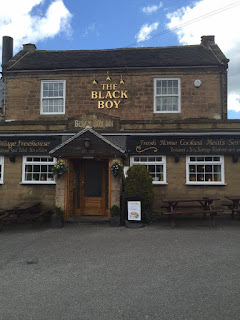 There's just time to tick-off another Good Pub Guide entry in the town of Ripley. The place is as dead as a door-nail. The landlord confesses to have just opened up - its 2pm. I have a pint of Barnes Wallis, the bouncing bomb inventor who was born in Ripley. A local in the pub warns us of a speed trap on the road into Swanwick. Ms Moon shoe horns the Vauxhall Mokka into a space in the car park. It's a bargain £3 a piece on the gate and £1 for a programme.

I love this ground. It's high up with sweeping views of the countryside. The only covering is to the right of the clubhouse behind the dugouts. It's adjacent to some allotments. A youth is smashing golf balls into a temporary net he's assembled. 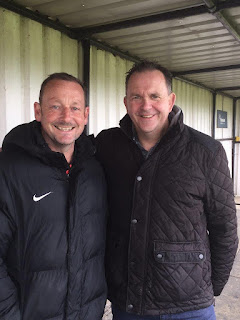 We've arranged to meet Blidworth Colts chairman Roger Parkes. I scouted his lad for the Pies five years ago. Jamie had a career change at 15 years old when big-hearted Academy Manager Mick Leonard put him in touch with some horse-racing connections he had. Jamie is now an apprentice jockey at stables in Newmarket.

It's my third viewing of Blidworth, but they ain't at the races today - eh Roger. They're firing blanks and leaking goals in defence. Swanwick Pentrich are two up at the break, one of the goals is a wind-assisted freak cross from 40 yards out. 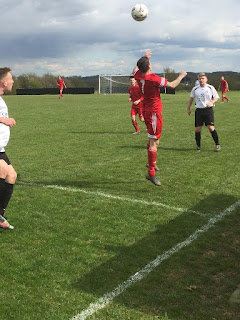 Ms Moon is beaming from ear to ear that the coffee at the tea hut is Gold Blend (a Nescafe upgrade and not Birds). I check the score at Meadow Lane, the Pies are 1-1 against Shaun Derry's Cambridge United. His Dad is a lifelong Notts fan who is sat in the away end sharing and feeling his son's anxieties and pain.

It's just not Blidworth's day, they're scuffing shots and shanking clearances. They concede a third goal and are lucky to see their sub not sent off for kicking out at a defender. It's sensible refereeing by Mr S T Sears (Tommy) - an old work colleague of mine from Calverton Colliery, who blows the final whistle thirty seconds later.

Man of the Match: Windy Miller