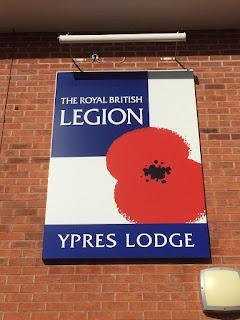 We're stopping in the historical town of Lancaster for the night. The Morecambe FC experience has been wonderful. We sling the car overnight in the train station car park. We're booked in at the stone-walled Sun Inn on Church Street with its ten well-kept real ales. The Lancaster City FC bus drops off a youth in the town centre. They've nicked a point down at Ossett in West Yorkshire. I chastise the boy for sparking up a cigarette, as we exchange some banter.

An enjoyable evening is spent quaffing real ales and eating pasta at a local Italian restaurant. The skies are royal blue in the morning as we make the hard slog up to Williamson Park, where we visit the Ashton Memorial, enjoying the gorgeous views of the Lancashire coastline, whilst drinking coffee on a sun-kissed terrace.

I'm up and about at 3:30am on Tuesday morning, destination is Dublin Airport. I spend the rest of the week in Cavan, Limerick, Belfast and Longford. I pound the streets of Belfast in the pouring rain on Wednesday evening. The previous night Glentoran entertained Cliftonville. I fancied it, but was holed-up in the deep South. 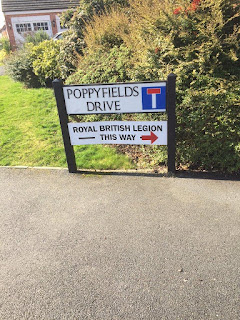 I arrive back at East Midlands Airport late on Thursday evening, I'm dog tired folks. I catch up on work emails on Friday, whilst dipping in and out of meetings. I clock into the Cross Keys public house on Byard Lane in Nottingham city centre. I'm straight on the Silver King ale from the Ossett Brewery. Ms Moon joins me, as we crack open a bottle of Prosecco.

The weather dictates our travels on Saturday morning. I've had an urge to visit Mickleover Royal British Legion FC for some time now, having heard sound reports on their ground. Hanley Town, in Stoke is today's back-up game. Mickleover RBL give me the thumbs-up on their twitter account mid-morning.

I'm lozzing around on the sofa reading a really sad article on the BBC website about former Notts County legend Tommy Lawton. Somebody has paid £450 for a begging letter that he wrote to Lord Attenborough in 1970, asking for a loan of £250. To put this in context, this is a man who scored 231 goals in 390 appearances, as well as bagging 22 goals in 23 appearances for England. I remember my father interviewing him for the Daily Mirror when he was the landlord of the Magna Carta in Lowdham, when he was stony broke and destitute. 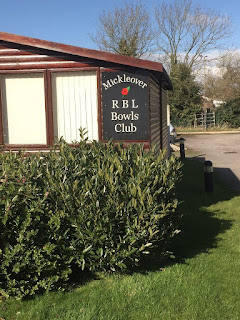 I nip down to Aldi to grab a few groceries, and drop into Costa Coffee to treat Ms Moon to a skinny latte. Orange Juice's 'Rip it Up' is on the dukey. Blog legend Trumpy Bolton has checked into a Wetherspoons near Watford. He must have overlaid as it's nearly 11:00am. He's making a welcome return to this blog next weekend, when we travel up to Bottesford Town near Scunthorpe.

I flick through the 2016 Good Pub Guide. The Dragon at Willington looks a good call for a spot of lunch. It's only a 30 minute run in the car. The pub backs on to the Trent and Mersey Canal. The car park is choc-a-bloc. I order up a pint of Clod Hopper, and find a cosy table in the corner of the pub. Repton School is just down the road. It's where disgraced bully-boy TV presenter Jeremy Clarkson was 'educated' as well as Sherlock Holmes actor Basil Rathbone.

Two youths are wrestling over the remote control, as Burnley v Blackburn and Spurs v Arsenal are both lunchtime kick offs. The constant changing of TV channels irritates me. We quickly mop up the deli and steak sandwich before heading towards the Derby suburb of Mickleover. We pass a huge Tesco in Mickleover; another small town has sold its soul to a corporation that has killed local trade. 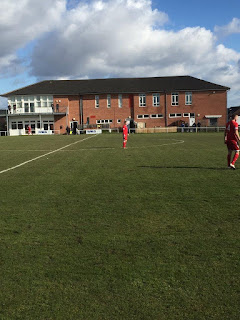 The ground and new-build Legion is at the rear of a new housing estate. We park adjacent to a healthy looking bowling green. A guy is polishing his car whilst listening to the dying embers of the North London derby. There's nobody on the gate as we walk through; it appears they aren't charging today.

We wander over to the far side, the place is like a ghost town. The pitch looks to have been rolled and well prepared. I do a head-count of folk, it's 18, top whack. I think about all the preparation it has taken to put this game on: the kit wash, arranging and looking after match officials, making the food, the bar staff, the admin, the warm-up - things that players and supporters don't understand.

I notice a memorial bench tucked away in a corner with a wooden shelter. It's in honour of Stephen Astley, who I presume lost his life in the Forces.*I'm unable to find any further information on an Internet search.* 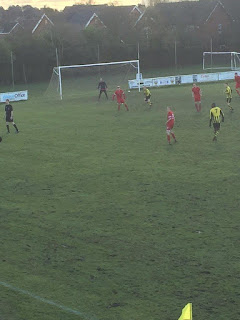 Mickleover RBL have already announced on social networks that six players are unavailable today. Blidworth take an early two goal lead, as the home defence are at sixes and sevens. We manage a touch of the match ball on 11 and 13 minutes.

Despite Blidworth's dominance the star player on the pitch is the Mickleover 6 jacket. He's only a young un and small in stature, but he's tenacious in the tackle, brave in the air and has a beautiful range of short and long passing. He appears well coached, and too good for this level.

We climb the balcony steps before paying cash for coffee and tea cartridges. There's a commotion at the hot water machine as it appears to have run out of milk. I have a mosey about the place. There's entertainment most weekends, they run a Tote and there is a coach trip to Bury Market in April. I peer through a small window in a door and clock two full length snooker tables. 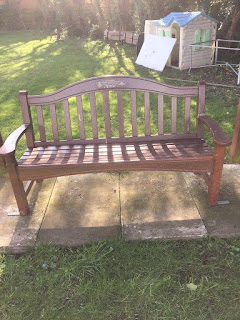 We view the first 15 minutes of the second half from up on the balcony. I can't see Mickleover's 6 jacket; he must have taken a knock. We walk past the home dugout: "where's your No.6 mate?", I ask the manager of Mickleover, "he was the best player on the park in the first half." "Tactical change mate, we've gone 4-4-2" he replies. I'm absolutely gobsmacked, the boy has bossed the game. We're all entitled to an opinion, but what game has this guy been watching ? Ironically they manage to equalise, before Blidworth throw on a few subs who contribute in scoring two goals to put the game to bed.

The Blidworth manager is a sound guy. I ask him if Max Curzon still plays for them, as I had him down at Notts County as a youngster, and know his Dad quite well from the Rock City days in the 80s. Apparently he's been rested for a big cup game next weekend. The guy apologizes to Ms Moon for his bad language - a touch of class, that is. We get caught in a hailstorm on our walk back to the car, it doesn't spoil a lovely afternoon, though.

Man of the Match: Referee
Posted by Sticky at 5:48 PM