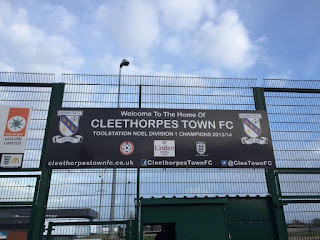 It's 9pm on Thursday evening. I've got my head buried in a book. It's called 'Animal QC' by Gary Bell, who grew up in the coal-mining village of Cotgrave in Notts. He went from being a football hooligan and homeless to become part of the Bar and Queen's Counsel. It's a terrific read.

I become distracted from the book by the sound of a Ska band striking up. A saxophone belts out the theme tune. The guitar and drums get my feet tapping. Murphy the budgie is whistling his little head off. I peer over the top of my book. Hang on a minute, I recognise this song. Surely not. It can't be. Yes, it is Death in Paradise, our favourite cop show. We sulked and skulked about the place last year when Camille our Caribbean Queen was sent on a secondment to Paris, and left the shores in a teary farewell. It's great to see DI Humphrey, Dwayne and JP Hooper back on the scene. They soon have another murder mopped up and solved within the hour.

I've had my fill of football over Christmas. Since the Harrowby United game, we've also taken in Heanor Town and their glorious juicy meat pies and Alfreton Town, with their superb old school North Street ground. 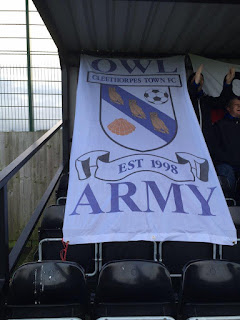 It's Wednesday morning 7:00am and I'm already by-passing the market town of Hereford, as I head to Merthyr Tydfil, in South Wales for a business meeting. Rivers have burst their banks. I fancied watching FA Vase hot favourites, the Bulls, who entertain Leicester Nirvana from my neck of the woods. The forecast in the west is for another deluge of rain. Hereford report that the pitch is fine. Sticky's no risk-taker. I decide instead we'll to head to the drier regions of eastern England.

I'm chatting with Ms Moon in Nottingham's Bear and Lace bar on Maid Marion Way. I'm necking a pint of Harvest Pale Ale, as I pore over a decision on whereabouts to go tomorrow. After a couple of cans of Grolsch, at home, I decide to set up base camp at the Dambusters Inn, at Scampton in Lincs. If Cleethorpes is hosed off, I've got Gainsborough Trinity and Lincoln City in the back pocket.

We're on the A46 heading towards Newark before 11:00am. I've already had Marmite on crumpets for brekky. The greedy little sod, Murphy, has smashed his way through half a honey bar. I only hooked up the flipping thing in his cage last night. 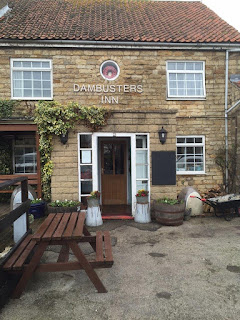 Song of the day, on the Graham Norton show is Hazel O'Connor's 1980 smash hit, 'Will You.' I saw her support The Stranglers at Nottingham's Royal Concert Hall around that time. It makes up for hearing the full version of 'Earth Song' by Michael Jackson on Ken Bruce earlier in the week. I've written better lyrics in my tea break.

Bloody hell, the Dambusters Inn isn't open yet. I feel like one of those professional drinkers, eg, Trumpy Bolton, who wait for Wetherspoons to open early doors in the morning. Greg, the landlord, finally unbolts the front door at bang on midday. I tuck into scampi and chips and a pint of Bosbury bitter from the Ossett Brewery. The pub is a hidden gem, and filled with RAF memorabilia from World War II.

Cleethorpes Town's brilliant twitter feed confirms that the pitch has passed an inspection. We're soon rolling up in neighbouring Grimsby. Ms Moon has one of her daft ideas and swings into Weelsby Woods Park. The paths are caked in mud, and so are my favourite dog shit coloured shoes now. A couple of old blokes are metal detecting. They dig up the earth whilst wearing headphones. They'll be no old Roman treasure here, just a couple of empty tins of Carlsberg Special Brew. 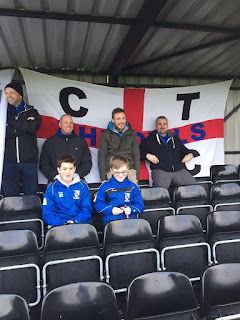 We about turn and shoot off up the road to the Spar shop, in the village of Bradley, to snaffle up a couple of Lotto tickets. Back in 1998 Grimsby sheet metal worker Roy Gibrey won £7,500,000. It could be an omen readers. Cleethorpes is in North-East Lincolnshire and lies on the Humber Estuary. It has a population just shy of 40,000. Famous people from the town include actresses Michele Dotrice, (Some Mothers Do 'Ave 'Em) Patricia Hodge, (Miranda) golfer Stephen Bennett and the footballer Christian Hargreaves (read his autobiography 'Where's Your Caravan' - it's superb). Finally, after an age, we pitch up at the Bradley Community Stadium, which is heaving with folk, so much so, that they've already ran out of programmes, as we pay £5 each on the turnstile. I've a bit of a soft spot for Cleethorpes Town, having watched them four times over the last two seasons.

We grab a couple of hot drinks from a crammed clubhouse. Cleethorpes chairman, David Patterson, has asked me to introduce myself on arrival. I leave him be, on his big day. Alvechurch, from the West Midlands, are well represented. It's their dugout that we stand adjacent to. The visitors are quick out of the stalls, catching out an off-colour Cleethorpes as early as the 2nd minute. The Owls are caught out with too many men forward on the counter-attack, Josh March spins his defender and races clear before dinking the ball over the advancing 'keeper and into the net. The Alvechurch fans race up and down the concrete concourse in wild celebrations.

23 year old Alvechurch midfielder, Jack Cresswell - a David Ginola lookalike - is running the show. He takes set pieces with either foot. He can cushion a ball and pick a pass. His colleague further up top, Karl Edwards ('Banger'), ploughs a lone furrow, and runs his socks off. 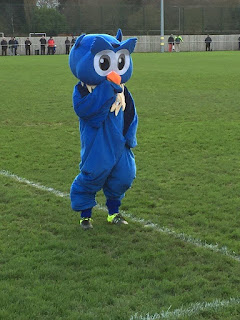 Cleethorpes are not at the races, and are getting footballed and bullied off the park, as Alvechurch look for a second goal, which never seems far away. The referee keeps a lid on it, as the tackles fly in. The Owls' assistant manager has a good old moan at the ref as he walks off at the break. Blame should be firmly laid with the eleven on the pitch, and their under par performance. Their manager Marcus Newell will be plugging in his 500 watt hairdryer for his half-time team talk, as his temper remains on simmer during a ghastly first half for the Owls.

The Owls rediscover their zest for the beautiful game in an awesome second half display. Sticky P and Ms Moon love 11 jacket Jon Oglesby; we've seen him before. In a tactical masterstroke by Newell, he is moved over to the right hand flank where he wreaks havoc.

The game turns on its head on the hour. Alvechurch take their eye off the ball and the game. A silly scuffle breaks out which spills over into their technical area, where the cast of Lock Stock and Two Smoking Barrels are standing (despite the fourth official being only yards away). The ball is pumped forward and crossed in where Jon Oglesby superbly strikes a right footed shot into the bottom corner of the net. 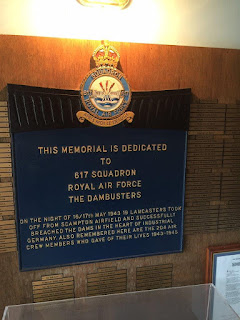 Alvechurch are reeling and on the ropes. It's the first goal they have conceded since Nov 21st. The second comes four minutes later. A cross from Oglesby finds Trott, who has all the time in the world to plant his shot into the net. Everyone runs to the bench, it's a beautiful moment as the whole squad jump on one another. What a turnaround. They looked dead in the water at the break. A simple tactical switch has been a game-changer.

The Owls waste further chances to finish off Alvechurch. The final whistle arrives. They have thoroughly deserved the victory. They've dug deep into their reserves and have shown heart and soul to come back from the dead. I pine for an away tie in the draw on Monday, so we can watch them again.

I exit the ground whilst chatting to Alvechurch director Dougie Griffiths. He's a lovely bloke, and so disappointed to see his team bow out of the Vase today.

NB: Match abandoned at Hereford at half-time. The Bulls were 3-1 up. Leicester Nirvana missed a penalty and hit the woodwork. Stick with me, coz I can't arf pick em.

Man of the Match: Luke Mascall (superb throughout)