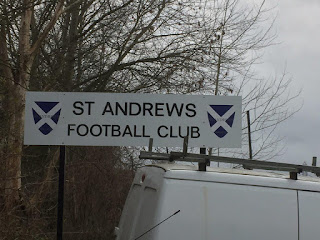 I'm on the 44 bus into town. It's a Saturday evening. I'm buzzing after witnessing the 4-3 win to Clifton in 'El Classico' at Elms Park. Tosh 'n Steve from All Whites will be throwing some Northern Soul shapes at the Dancing Slipper on the Avenue in West Bridgford. The Lambrusco will be in full flow.

Ms Moon and I jump off the bus on King Street. We're off to Johnny Vegas's Christmas Party at the Just the Tonic Comedy Club in the Cornerhouse complex in Nottingham. We're badly in need of some tucker. I've had nowt to eat since scoffing a bag of jelly beans at the game. We try about a dozen restaurants - there's no room at the inn.

I can hear my stomach rumbling, as I dejectedly queue in the rain to get in the club. They're not serving food until the interval. Vegas is running late. You can only get that disgusting muck called Carling on tap at the bar. I've proper got the face on. Vegas rolls up an hour late. He has no set. He looks dishevelled, and slurs his words. We have a few laughs, and tuck into some chill con carne. We still make it back for Match of the Day. I roar with laughter at Chelsea's defeat to the Cherries of Bournemouth. It's far funnier than anything Vegas put our way. They were 8/1 on the coupon. It was a banker, and a coupon buster, all in one. 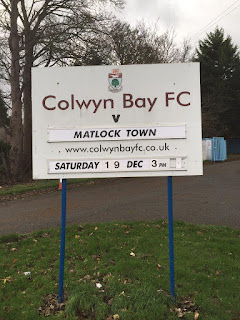 The Rudd and Clifton blog gets over 500 hits on Sunday evening. West Bridgford's official twitter account ain't happy with Sticky for calling them 'Big Time Charlies.' They'll shower me with Costa Coffee, when I finally blog from Bread 'n Lard Island. I gave WB manager Chris Marks man of the match for Wollaton back in 2008; so I'm hoping that he forgives me.

I'm down one of my old haunts on Wednesday evening with The Taxman. Keyworth United are entertaining Hucknall Town in the Central Midland Floodlit Cup. Keyworth's a tidy ground now, and a club on the up. In Connor Scott-Parkin, they have one of the League's best prospects I have spotted this season. The game is tremendous. It goes to extra time after a couple of long-range distance goals. Keyworth finally bow out on penalties 4-2. It's been an entertaining evening.

I'm up and out the door at the crack of dawn on Friday morning. I've a business meeting in Colwyn Bay, North Wales at 9:30am. It's a beautiful drive along the A55, with sweeping views of the coastline. I manage to take a sneaky peek at Colwyn Bay's ground. I hope to tick this off later in the season, when the weather is kinder and milder. 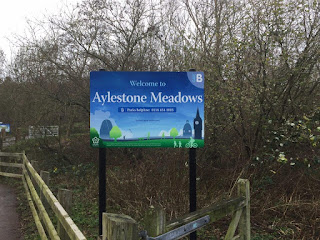 I'd hoped to visit a few real ale hostelries in Derby before taking in Mickleover Royal British Legion v Clay Cross in the Central Midlands South. It's leathered it down with rain for most of Saturday morning. Their twitter confirms the game is off. I'm back on the 44 bus into town. I usually like to peg it into town. I'm soaked to the skin just walking to the bus stop. I can't see many games surviving this downpour.

The most mouth-watering tie of the FA Vase last 64 teams, is in inner city Leicester, between St Andrews and Leicester Nirvana. Two sides which are revered and feared at youth level in the city. Rammers is on the blower. He fancies Pinxton v Nuneaton Griff, but it's already been hosed off, like many others in Notts and Derbyshire today. 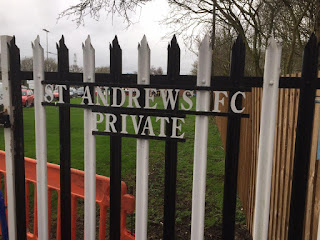 St Andrews twitter confirm that despite a heavy playing surface, the game will go ahead. Murphy Palmer, my budgie, turns his back on the TV, as Everton's Romelu Lukaku nets against his beloved Canaries.

I fill up with petrol and grab a packet of Bassett's Mint Favourites. Rammers has got a 'mansion' in the village of Widmerpool, where former Nottingham Forest assistant manager Peter Taylor is buried in the churchyard. It's like the Lord of the Manor, as I press the buzzer for the black wrought iron gates to open. It would be easier to break into GCHQ.

Rammers is kitted out in his Stags training gear and a Blue Square North managers coat.  He knows Leicester city centre like the back of his hand, so offers to drive in. John is pretty much semi-retired now. Although he still keeps his hand in by doing some supply teaching. One of his former pupils is Darren Fletcher from Five Live and BT Sport. The last time I saw John, he was waving goodbye to the Torquay United fans at Sincil Bank following the end of his caretaker manager role and a 2-0 reverse to 'The Lincoln.' (my team). 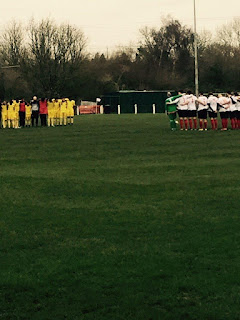 St Andrews were formed in 1973. The play just off the Aylestone Road, on Canal Street, adjacent to Aylestone Meadows. They reached the semi-final of the Vase last season, narrowly losing out to West Auckland from the north east.

We pitch up at the ground five minutes before kick off. The car park is full to the brim. It's £5 on the gate and £1 for a programme. There's no music on the PA system. I thought they might have knocked up a Kasabian, Mark Morrison and Engelbert Humperdinck medley. We position ourselves to the right of the visitor's dugout, as the teams observe a minutes silence due to the untimely passing of a child of a Nirvana player.

The visitors are 2-0 up within 11 minutes, using their pace to get around the back and deliver. St Andrews pull one back with a towering header from a free kick. It's time to get the mints out. Murphy the budgie won't be happy that Rammers has snaffled up a couple of toffees. He likes to have a good old peck at them. 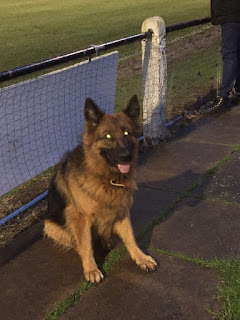 Nirvana's most dangerous opponent is 'Me Me' the German Shepherd dog, who is looking rather menacing on our side of the pitch. He poses for a photo, before seeing off a Golden Retriever and a Labrador, resulting in a yellow card and his lead being put back on. I tweet his photo in to @nonleaguedogs

The bar is choc-a- block with folk. Rammers shouts the teas up. I get chin wagging to a home supporter who says that St Andrews have a few injuries, suspensions and players cup tied. It's like listening to a Manchester United supporter with a list of excuses.

Nirvana are coasting in the second half. They add a further three goals and look good value at 33/1 to lift the Vase, if they can avoid any difficult trips up North.

The game's outstanding player has been Reece Morris. Small in stature, he has lightning pace and a football brain. He covers the ground like a young racehorse. His decision-making is spot-on, He's one for the notebook.

Man of the Match: Reece Morris
Posted by Sticky at 5:36 PM