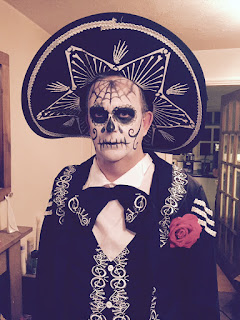 It's Monday evening, and I'm waiting with anticipation for the first round draw of the FA Cup. Salford City, FC United of Manchester and a rejuvenated Lincoln City are teams of interest to me. Notts County are drawn away to Salford.They'll pocket £67,000 from TV coverage and can also expect a 2000 following with the visit of Portsmouth to Meadow Lane this Saturday. Their manager, 'Louis Van Gaal' will be able to add to his 40 man squad, the biggest in League Two. FC United will pit their wits against Chesterfield, whilst Lincoln will face a 500 mile round trip to Sussex to face Whitehawk of the the National South league, if they can overcome Tranmere Rovers at Sincil Bank on Tuesday evening.

Oh where to go on Saturday ? I miss my friend Finley the rabbit. He's holed up in his hutch in Keyworth. He was nine years old on August 28th. I still snigger at his crap score predictions over the years. I ring him up for a natter. We chuckle about the time he predicted a 4-4 draw for Real United v Holbrook St Michael's a few seasons ago.. I promised him a huge bag of carrots, that day, from Londis, if he was on the money. The visitors made it 5-4 in the 95th minute of the game. Finley's blinds were shut early that night. I decide to re-visit Real United again this Saturday. They're taking on the legendary Clifton All Whites, where so many Premiership stars first started out in junior football.

The Taxman and I call in on Greenwich Avenue on Tuesday evening to watch Basford United v Newcastle Town. Chances are few and far between. We have some banter with former Nottinghamshire Groundsman of the Year, Neil Swift. I spot a blade of grass missing on his billiard table playing surface. Clifton Under 19s are battered by a team from Rotherham two days later. Sometimes I really hate football. 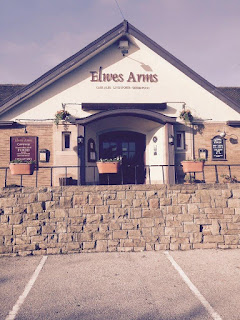 I can't wait for the weekend to begin. I meet Ms Moon for a drinky poo in the Cross Keys on Weekday Cross in Nottingham city centre, before strolling up to Edin's Deli Cafe on Broad Street, opposite the Broadway Cinema. We're at a Halloween Party in Stanley Road, West Bridgford tomorrow. I have to be back for a 6:00pm appoinment with a make-up artist.

It's been a long week. I don't rise until 9:45am on Saturday. Murphy is crying like a little baby, because he's still got the towel draped over his cage, and has missed most of the Brian Matthew's 60s radio show. A bit of the Four Seasons cheers up my feathered friend. He's soon sinking back into a deep depression when that bungling fool Graham Norton spins Olly Murs new single. Murphy and Murs have previous.

We give the house a Mrs Doubtfire two hour once-over, before retiring for lunch up at the Elwes Arms in Bakersfield.  It's an old haunt of mine, that I used to visit when following the Keyworth Tavern pool team, back in the day. Marvin Gaye's Motown classic 'What's Going On' is on Tony Blackburn's Pick of the Pops. I shed a tear that Murphy will be riding on his swing listening to it, crystal clear on his new DAB radio. 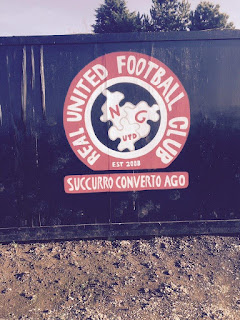 Team news has been leaked to me from the Clifton camp. Sweeping changes have been made, as this is a game they can ill-afford to lose in a somewhat disappointing campaign so far. We pull up in a nature reserve car park in the village of Stoke Bardolph, on the banks of the River Trent. It's a beautiful day for messing around on the river.

Real United's Stoke Lane ground is adjacent to one of those dreadful two meals for £10 Fayre and Square pubs. I quite fancy half an hour in the ball pit of the Wacky Warehouse, though. We troop up a narrow path which leads up to the ground. The NSL is Step 7 in the football pyramid. In 10 years of groundhopping, I've never had to part with cash to watch this League. "£3 each" says a chirpy chap on the gate. I don't mind, of course, but do quibble it. "Take it up with Roger," is what I'm told. 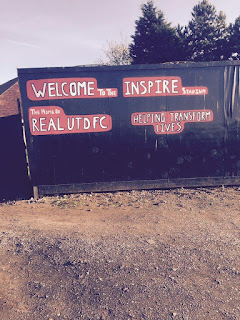 Roger Henry is the Executive Officer at Real United. I remember him starting the club up in the corner of the Forest Recreation Ground (Goose Fair Site) a few years ago, when I worked for the Pies. He's a good lad, Roger is, and he's bigger than me, so I don't mention the admission charge. Roger received a Point of Light award, in the summer, from the Prime Minister, for his work in the community.

We bump into South Normanton groundhopper Scott Ward. There's plenty of craic about the Midlands football scene. Clifton manager James 'Tosh' Turner walks across the pitch to greet us. I was going to tick-off West Bridgford today, but thought that WB might struggle to raise a side as all the players would be with their wives in the Marks and Spencer Food Hall, or the endless cafes on the Avenue in Bread 'n Lard Island. 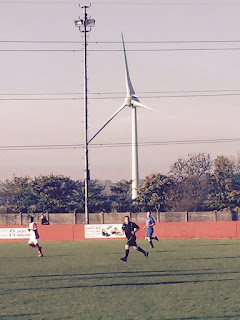 The game has a great tempo to begin with, as both teams look to attack. I notice some fool at the gate with shorts on. He is going to be unhappy at coughing up £3 - it's White Van Man. He's got a runny nose, and is a tad under the weather.

Real attack at break-neck speed. Clifton are left short at the back, a slide-rule cross from the right is swept home by the impressive 10 jacket. Clifton equalize on half-time with a looping header from Martin Ball.

We're in Rolie's Tea Hut at the break. Roger is rustling up some coffee, which Ms Moon marks with a 7 out of 10. I can hear Real manager Gary Hayward blow-torching paint off the dressing room walls. The language is colourful, to say the least. I don't understand his aggression, as his team have shaded an entertaining first half. 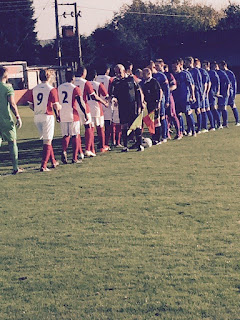 Clifton's management duo of Tosh 'n Steve must have given their half-time instructions in Scottish, as they are at sixes and sevens in the second half. Real race into a 4-1 lead. I can't keep up on twitter postings. White Van Man departs with the game out of Clifton's reach.

Sam Leggitt bags what appears to be a consolation goal. Martin Ball rifles home a free-kick with a minute remaining. Sensationally Danny Blanchard blasts home an equalizer, with effectively the last kick of the game. Tosh 'n Steve do the Highland Fling. Hayward can't look them in the eye, as he sportingly shakes their hands. He'll be hurling more stray football boots than Sir Alex Ferguson.