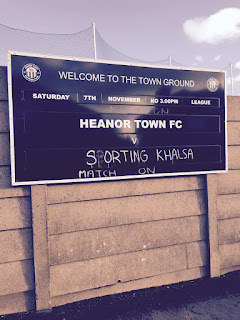 We're driving back to Colwick from Stoke Bardolph. The mighty Clifton All Whites have completed the mother of all comebacks at Real United.  At 4-1 down, with 15 minutes remaining, they looked dead in the water. Tosh 'n Steve will be on the sauce at the Ferry Boat Inn. My car suddenly loses power, I manage to pull into a farm lane. I turn the engine over, again and again. She's having none of it. Bloody hell, I've got a make-up artist booked in for 6:30pm.

Those tossers, Green Flag, are saying they are going to be two hours. Darkness descends on Stoke Lane. Taxis refuse to pick us up, as they need an address. A man and wife are walking up the lane with a German Shepherd dog, and three English Pointers. He very kindly hooks up a tow-rope.  We nervously negotiate a ten minute terror ride up the Colwick Road. The guy won't accept a gift from me. What a lovely bloke he is. Piers' Halloween Party is a resounding success. Boy, does he know how to put on a show. It all gets messy, later, in the Riverbank Bar, where we party into the early hours.

I'm without a car for three days. I have to cancel business meetings in Ipswich and Cambridge. This wouldn't have happened when I had 'Sally Gunnell' (Citroen Saxa) - she might not have been much to look at, but what a bloody good runner. 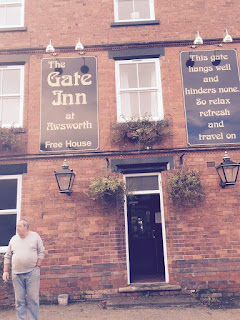 Logistics dictate that The Taxman and I are unable to attend Dunkirk v Heanor Town on Tuesday evening. The final score was 0-10 (ten). I get my usual fix of under 19 football on Thursday. The boys are on fire. We wallop Long Eaton 7-0. I wouldn't usually crow about it, but some of the comments I hear coming from their dugout are disgusting and disturbing.

Both clubs from Nottingham are involved in prime-time televised games on Friday evening. The performances are contrasting. Forest play D***y off the park. Notts County put in a gutless performance at Northern Premier League team Salford City.

I sleep like a baby on Friday evening. Murphy the budgie turns his back on me in the morning, as I flick the kettle on for a brew. The mardy little sod asks for the radio to be turned on. It's gone 10:00am. He's missed Brian Matthew's 60s show. He gets a rollicking off Sticky, as he's gnawed his way through half his Wilko's honey bar. I only put it in his cage last night, they're meant to last a week, the greedy little sod. 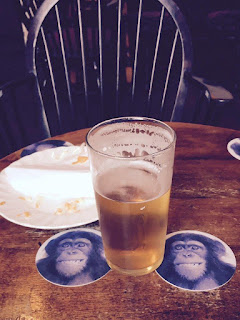 The Trews (Notts County's owners) will be putting up the for sale signs soon. Ray Trew achieved his wealth through recruitment. Sadly, there is little evidence of this skill set at Meadow Lane. He's hired 12 managers in six years. Even Newton and Ridley can't top that at the Rovers Return.

I've had my beady eye on a top of the table clash in the West Midlands Regional League between Cradley Town and Shawbury. The weather chart has been a sea of blue all week over Birmingham. The game is hosed off later in the morning.

Ms Moon is piloting the Freelander out towards Junction 26 of the M1. I have a pub to chalk off in the village of Awsworth.  The Gate Inn is situated at the end of a cul-de-sac. It's a friendly red bricked Victorian free house, with a cosy bar and coal fire. A welcoming youth from behind the bar pulls me a pint of Pretender. He knocks me up a massive cheese and onion cob. Ms Moon says she wont be talking to me for the rest of the day, as my breath stinks. She mentions this when inhaling on a Silk Cut Silver cigarette. 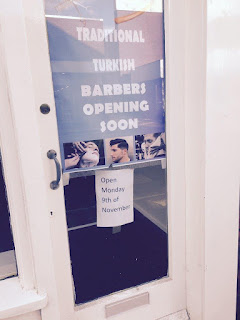 We pitch up in Heanor market square. There's not much doing to be honest. I'm gutted to see a new Turkish barber is opening up on Monday. I've not had a shave today, so that would have come in handy. I get my haircut further down the street by a Southampton fan. He waxes lyrical about Matt Le-Tissier and Jimmy Case, whilst I nod off in the chair. He's a proper Edward Scissorhands.

Heanor sits on the Notts and Derbyshire border in bandit country. I guess the PA guy is a Tricky Tree fan, as he plays 'Hi Ho We Hate D***y' and 'You've Lost That Loving Feeling.' Nigel Clough and Nigel Pearson have both represented the club.

Its my third visit to the Town Ground. They're proper folk up here. I love them to bits. It's £5 on the gate and £1 for the programme of the season. It's brilliantly put together by editor Tony Squires. I snap up a couple of raffle tickets. Ms Moon treats herself to steak pie, mushy peas and gravy. We stroll around the ground, before deciding to position ourselves towards the end to the 18 yard box that Sporting Khalsa will attack. 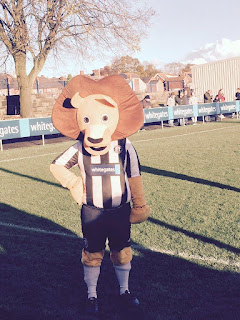 I'm taken aback that there is no minutes silence for Remembrance Day. The tempo of the game is fast and furious on a fantastic rain-soaked playing surface.  Both teams rattle the woodwork. Heanor are top of the table. Sporting Khalsa are playing catch-up due to a successful FA Cup run.

Khalsa's manager is giving the referee and linesman dog's abuse. He calls them both cowards, as decisions don't go his way. I ask the Khalsa fans if he has gone 'Big Time' following the Cup run - "No, he's always like that" is the reply. The Heanor fans take the rise. There's no flies on them.

There's a bit of a commotion on 20 minutes when I chase an alehouse clearance that has bounced over the advertising hoardings.  I've scuffed my dog-shit coloured best shoes from Dolcis on the concrete. Folk tell you straight up here. A wag in the crowd shouts at the Heanor winger: " You're not Barca Fecking Lona, get the ball into the box." 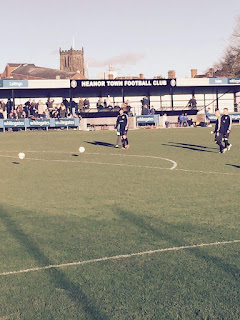 Ms Moon likes Khalsa 5 jacket Tesfa Robinson; she's got the hots for him. 'He's a good organiser and talker.' She says he should be captain. He wellies the ball into the back of the net, following a goalmouth scramble.

In the second half, Khalsa's Craig Bannister is sent racing away down the right wing, he pings a cross to the back stick, where middleweight boxer Matt Martin sends a bullet header into the roof of the net. Heanor score a consolation goal with five minutes remaining, which causes a few anxious moments in the Khalsa defence. They manage to hang on for a deserved win.

As we exit the ground the players are entering the tunnel. To a man, the Heanor supporters applaud the visitors off the pitch. I'm not ashamed to admit that it brings a tear to my eye, as it does now, as I write this. Non League; I bloody love it.

Man of the Match: Tim Jackson (Khalsa 3 Jacket)
Posted by Sticky at 7:10 PM