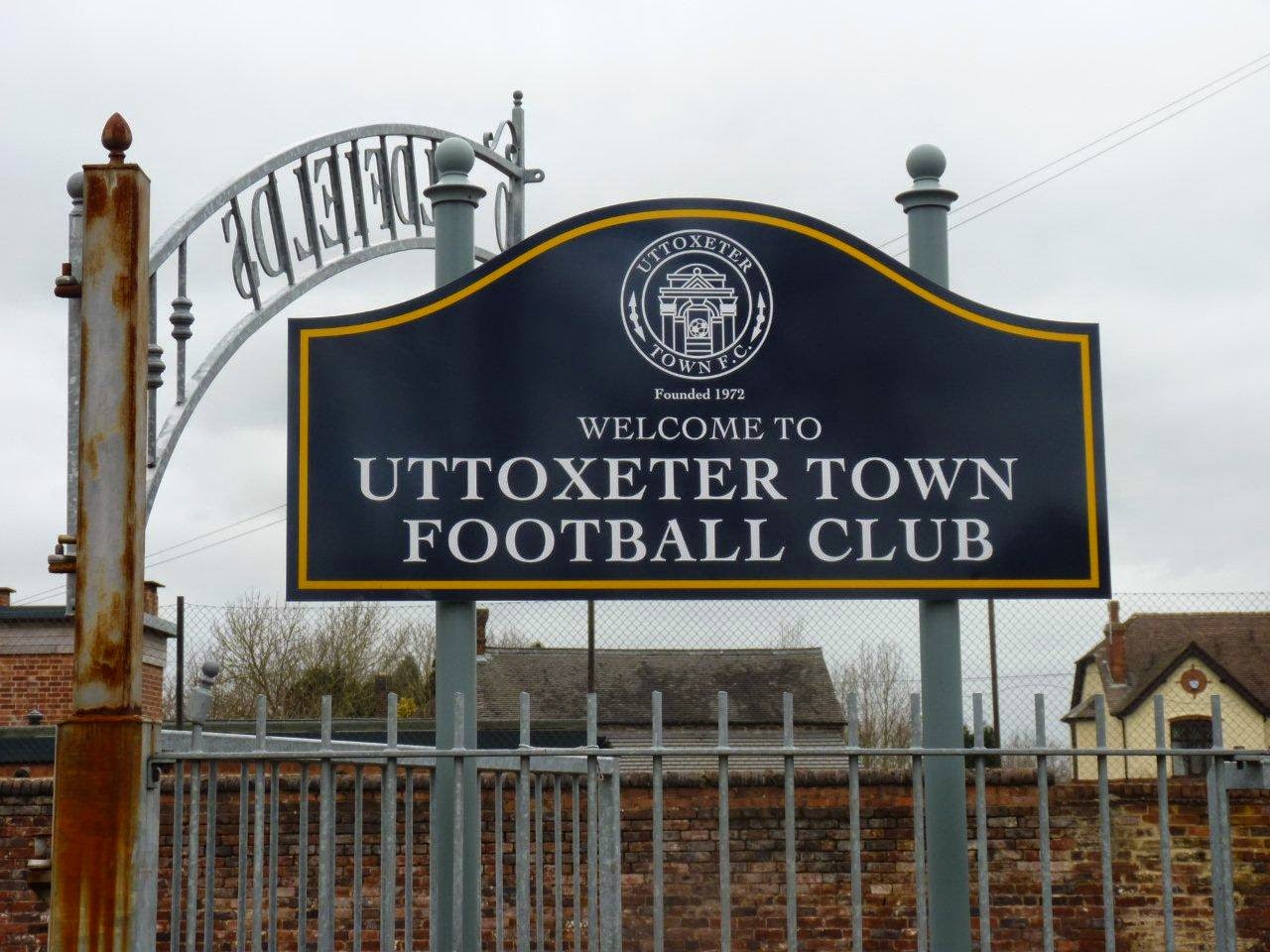 It's Friday evening, and I'm slouched in a leather chair in the Lounge of the Rancliffe Arms in Bunny. I'm with my colleague Joe Hendley from Impero Software, celebrating a successful month at work. I down a pint of Help For Heroes real ale and get chatting with a good friend of mine, Kev Flinton, who I haven't seen in over 20 years.

I arrive home to an empty house. Mrs P is on the lash with the girlies in Nottingham. I scour the fixtures on the Net. I clock Uttoxeter Town are entertaining Littleton from Evesham in the Midland League Division One. Uttoxeter impressed me a few months back in an entertaining game at Nuneaton Griff. I check facebook. Bruiser and Piers are taunting me from Marseille. They are at a French Ligue 1 game at a ground I haven't been to. Marseille throw away a 2-0 lead, going on to lose 3-2. Bruiser can't arf pick em.

I sleep like a log and rise at 8:00am. New Zealand have scraped home by one wicket against Australia in the World Cup. Murphy Palmer the budgie is mean and moody. He's been feathering all week. I can tell he's nervous about the East Anglian derby on Sunday. He'd love to 'Glasgow Kiss' Ipswich manager Mick McCarthy. I caught my little feathered friend red-handed the other evening eyeing up that new copper in Death in Paradise. Personally, I was appalled at her tight denim shorts, legs up to her backside and an off the shoulder T-shirt. 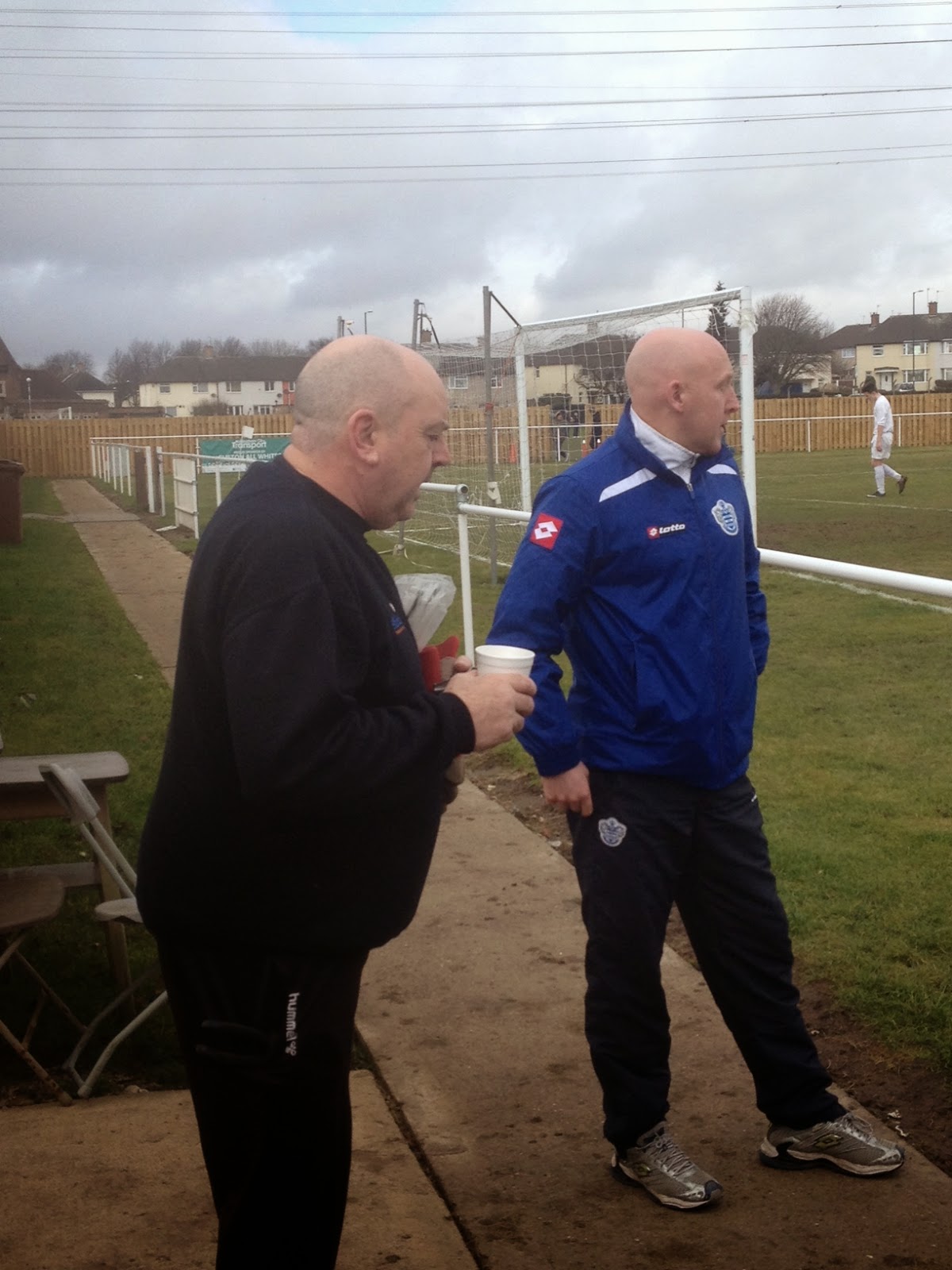 I wash the 'Rolls Royce' and grab a cup of coffee. I switch on the Danny Baker Show. That complete buffoon Chris Sutton is on the longest ever 'Sausage Sandwich Game.' This is the man who refused to play for England and single-handedly destroyed my team, Lincoln City. Baker's talk over music is the brilliant 'Quiet Life' by David Sylvian's Japan.

I drive across to Clifton. Today is 'The Skipper's' 17th birthday. He celebrates in style by bagging a brace for the world famous Clifton All Whites. I check-in with first team manager James 'Tosh' Turner. His mobile phone is glued to his ear, as he makes a few last minute transfer enquiries, before heading off to Mickleover for a Central Midlands League game. The chairman is overseeing the installation of the new floodlights, which is scheduled to take place next week.

My phone suddenly goes off with a text alert. It's White Van Man confirming that tickets and train have been booked for Norwich on March 21st when Forest take on the Canaries. At £77 it ain't cheap folks. It's a short trip to Uttoxeter. Crystal Palace are leading West Ham 1-0 courtesy of a Glenn Murray goal, as I turn off the A50 and head into the back of the town centre. 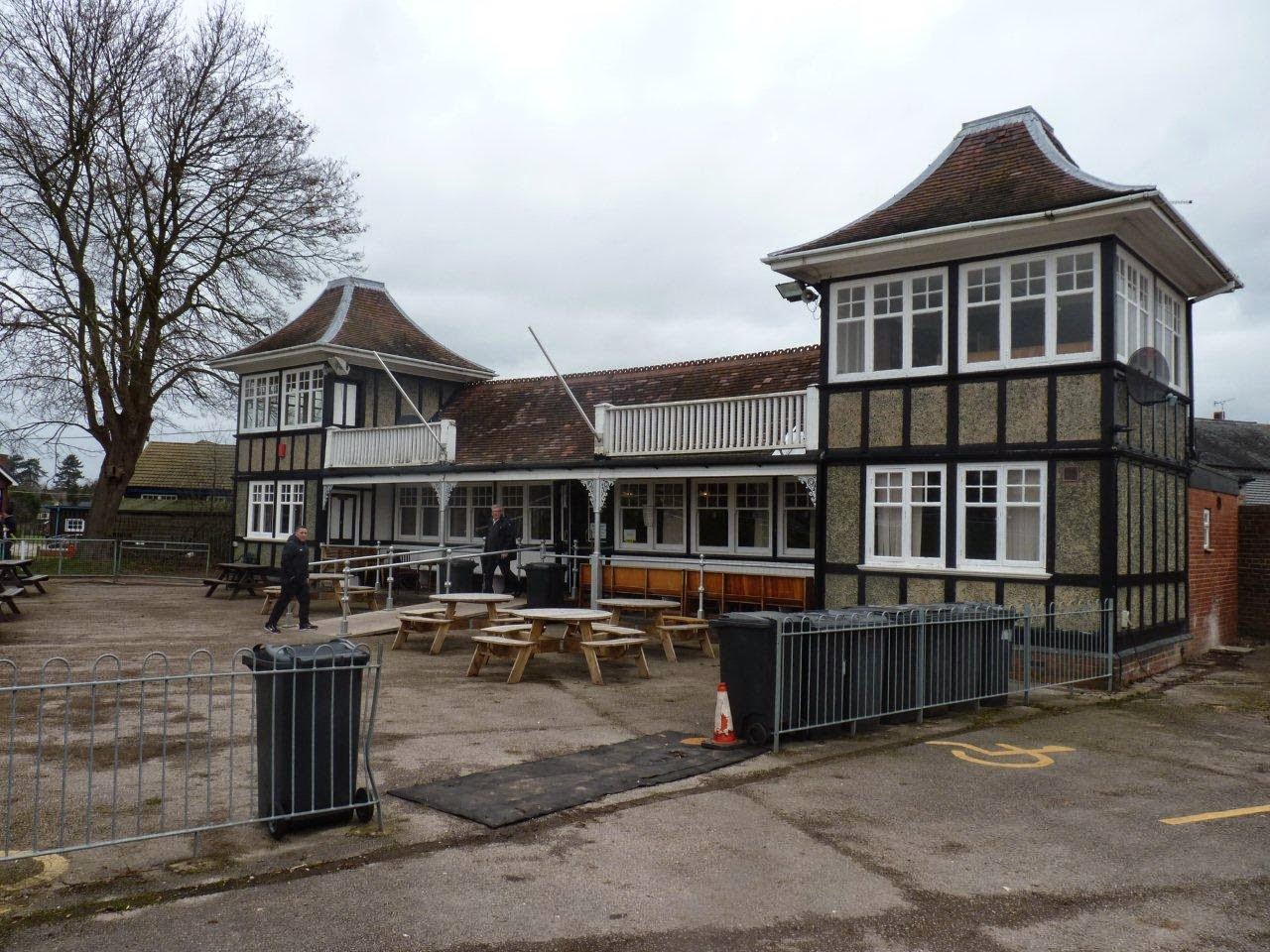 Uttoxeter is a market town in Staffordshire with a population of 12,000. Joseph Cyril Bamford was born in the town. JCB are now the third biggest manufacturer of heavy plant in the world. Sticky's favourite film director Shane Meadows is from Uttoxeter. Murphy the budgie asks for his towel to go over the cage when I watch the spine-chilling Dead Man's Shoes on DVD. The local racecourse is also well known, it is where the Midlands Grand National is held.

Uttoxeter's Oldfield Sports Club, on Springfield Road, is a piece of cake to find. There is no repeat of the last week's drama, when I verbally volleyed the Tom Tom. The ground is shared with the Rugby Club. It has a lovely old pavilion, which looks really cosy, but it's mobbed out with folk. I pay £3 on the gate and £1 for the programme.

The weather is a bit gloomy. The only place with any cover is behind the furthest goal. The dugouts are on the nearest touchline, with the rugby pitch on the far side. It's a bit of trek back to the clubhouse if you were to get taken short, as I often am. 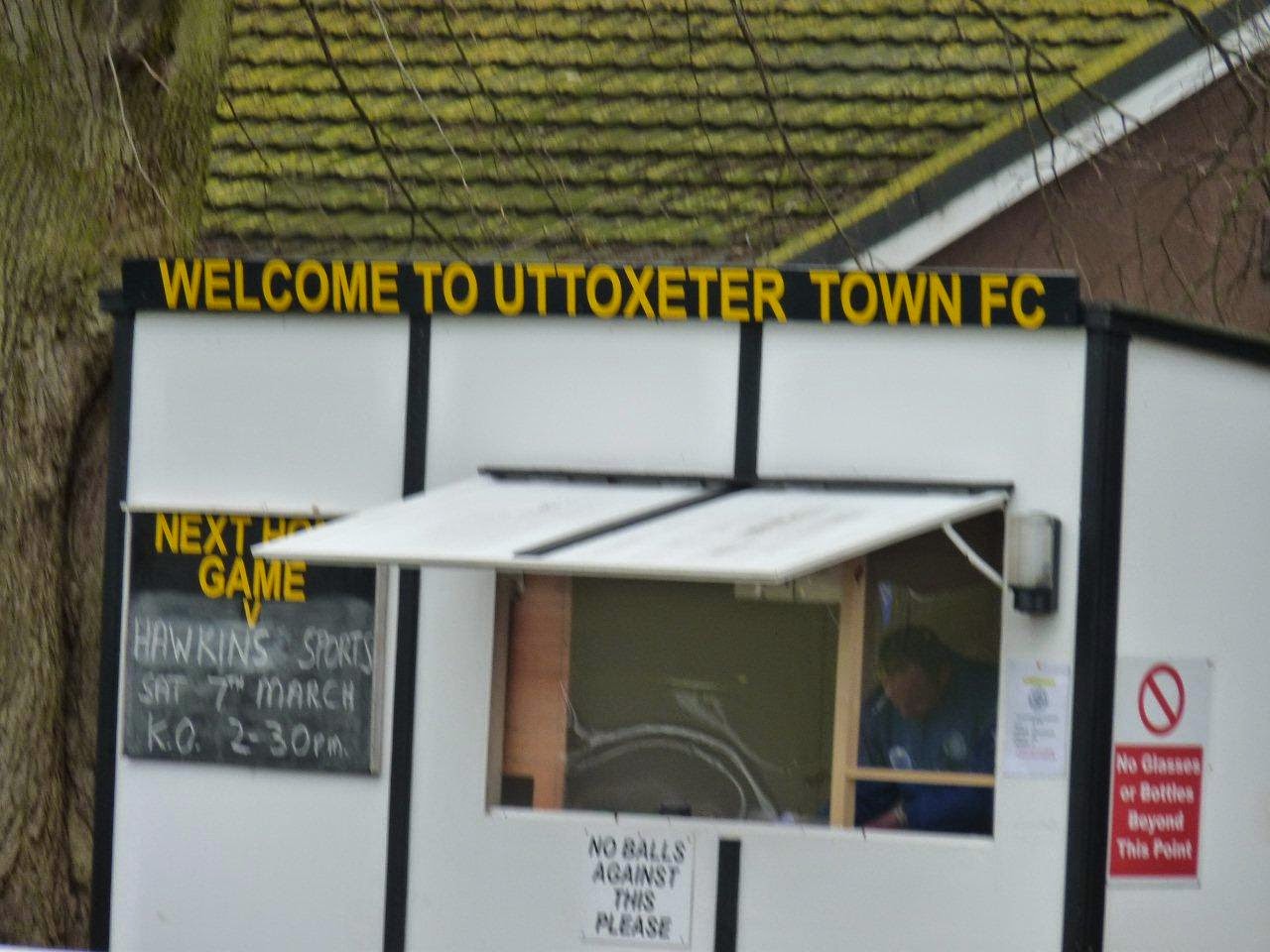 I'm already green with envy at a rather portly chap dressed in a long green parka with The Who emblazoned on it, who has already touched the Match Ball twice in the first fifteen minutes. The Uttoxeter left back fancies himself as a bit of a Jack-the -lad. 'Cooky' from Littleton is giving him a bit of a going over. He whips a cross in tight to the by-line, it's swept home at the far post, to give the visitors a deserved lead. I notice in the programme that Littleton have produced a couple of Football League players: Joe Lolley at Huddersfield Town and Matt Smith at Fulham.

'Tox' are on level terms on 24 minutes. 'Jack the lad' hits a howitzer of a free kick from 22 yards out which goes in off the underside of the bar. I take a stroll to the refreshment van at the break. I bump into another referee's assessor. They are usually without character. This guy is different. He thanks me for my positive comments about the ref.

A guy is walking towards me, and he doesn't look too chuffed to see me. Bloody hell, it's that groundhopper from Wigan that I met at Stapenhill the other week. "I don't sound like Eddie Waring" he shouts at me. "He was born in bloody Dewsbury." He produces a book from his bag. It's called Lancashire English. I gratefully accept this very kind gift. 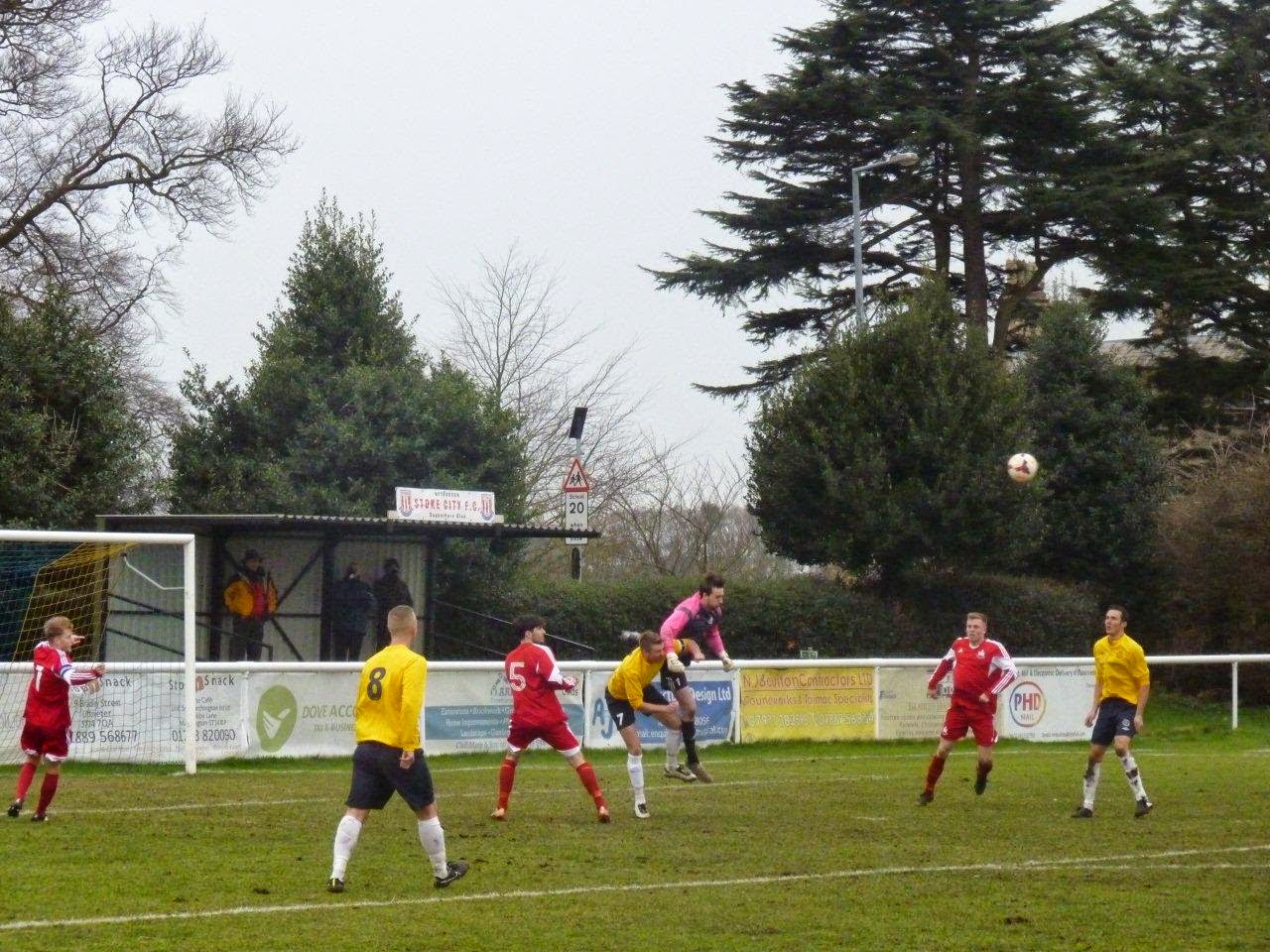 As the teams kick off, a guy walks by swigging a can of Red Stripe. Bloody hell, they don't mess about around here, that used to be proper 'Tramps Treacle.' back in the day.

It's a terrific game of football as both teams search for a winner. There's a melee on 85 minutes which sees Littleton's 10 jacket dismissed from the field of play. On 88 minutes a ball is cleared to Holloway who is 40 yards out and hugging the touchline. He's been the game's best player. His touch and passing has never deserted him. He hoists the ball towards goal, the 'keeper is stranded and despite furiously backpedaling, can only watch aghast as the ball hits the back of the net. Hollway takes the plaudits as he is piled on by his whole team.

There's still time for the referee to brandish two red cards as the game ends in chaos, but with a deserved victory for Littleton.

Man of the Match: Daniel Holloway