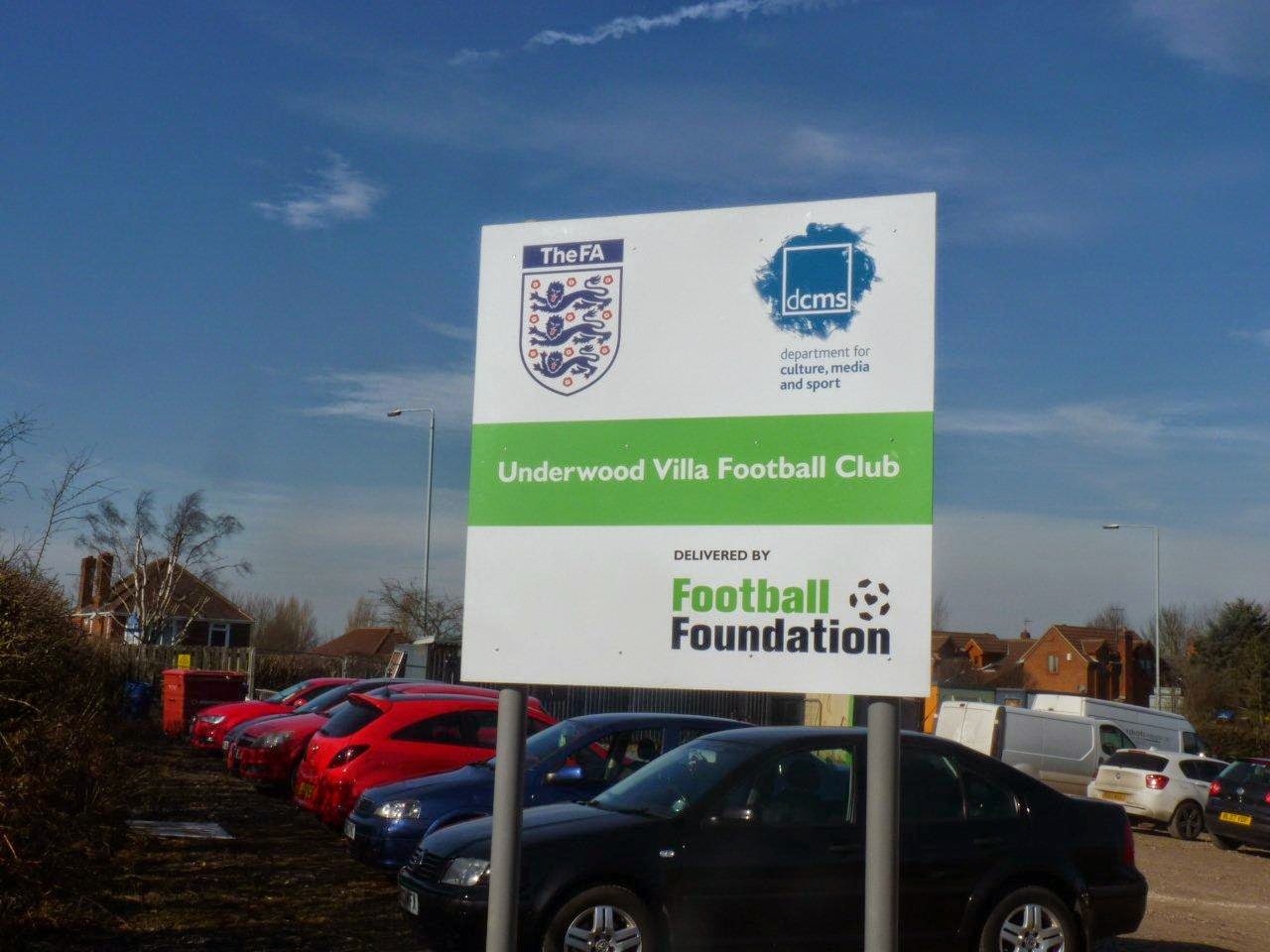 It's a cold and blustery Sunday morning. I've been itching to go on this walk for time. I drive the 'Rolls Royce' through the leafy suburb of West Bridgford and over Trent Bridge. Nottingham Forest's wonderful, established football stadium, The City Ground, towers above the banks of the River Trent. I turn off London Road, past the Cattle Market. I pull up on Meadow Lane, outside the oldest Football League club in the world.

I worked tirelessly for the Pies for over seven years as Head of Recruitment at their Academy. I sometimes sacrificed watching my own boys play the beautiful game to be sent on a scouting mission in the back and beyond. It didn't matter a jot to some folk down there. It broke my heart to leave the Club. I had to resign as a matter of principle. Mrs P is with me. We walk down to Iremonger Road; it's named after legendary Notts' 'keeper Albert Iremonger, who made 564 appearances between 1905-1925.

It's a breathtaking three mile walk down the canal towpath. You can see at first glance the development that has taken place in our wonderful city. Anglers cast out for Bream, Perch and Gudgeon. Joggers pound the pavement, running endless miles in training regimes for their next marathon. Cyclists ring their bells to gain our attention. 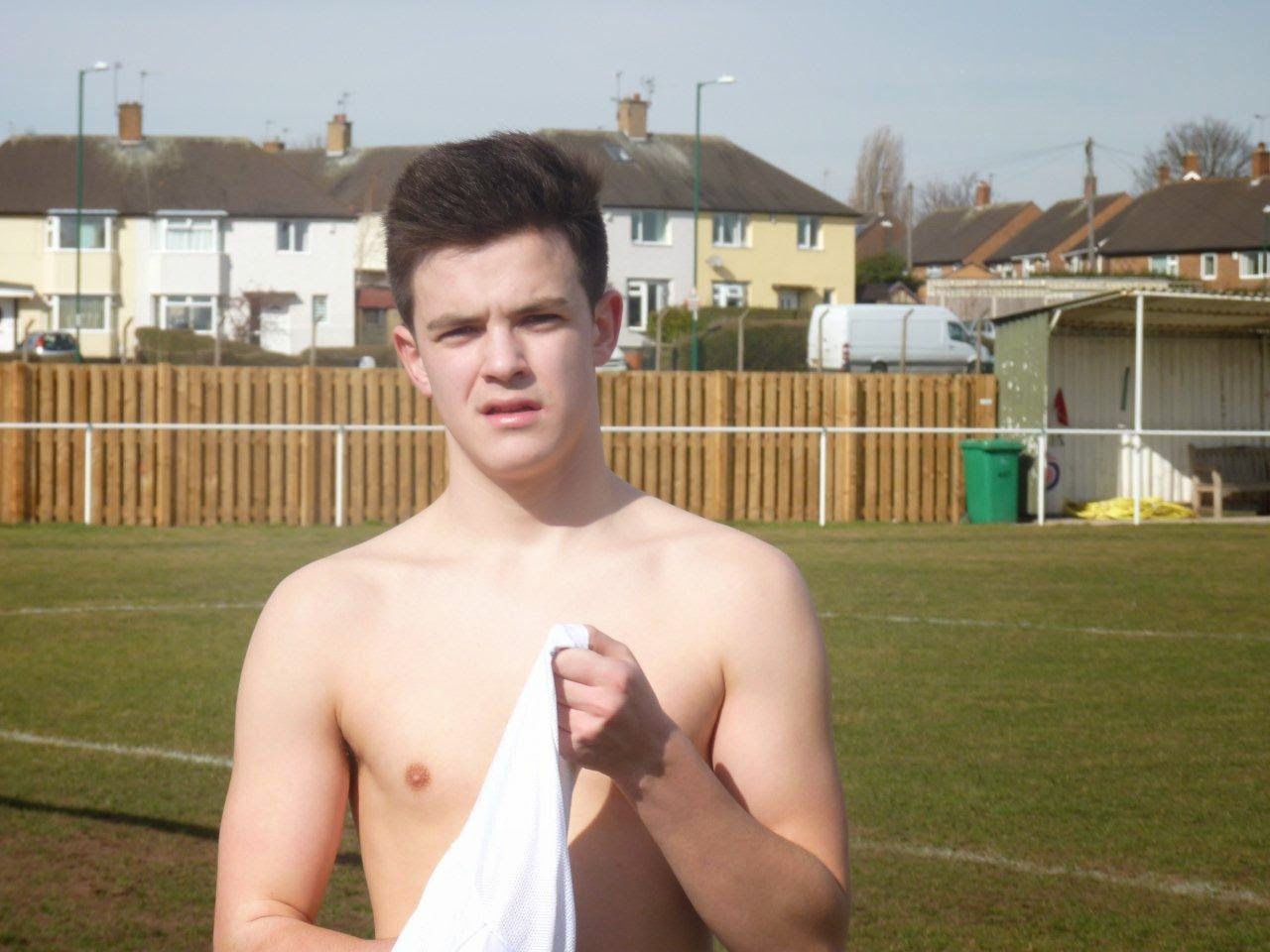 We stop for coffee on Arkwright Street. I gaze out the window towards the architectural 1970s disaster that is Broadmarsh. The guy who rubber-stamped what was once voted the ugliest building in Nottingham has probably passed away by now. I bump into Big D on the canal. That's what's great about Nottingham, it's full of characters who make me laugh.

It's Friday evening, and after a stressful week at work, it's time to chillax. I'm in the Gamston Lock pub with the lads from work. It's my second appearance here in seven days. I down a couple of pints of Cocker Hoop from the Jennings Brewery up in Cumbria. One of the lads from work spills a full pint down my trousers. It doesn't dampen my enthusiasm for the evening ahead. The highlight is a couple of pints of Punk IPA in the Brew Dog in Hockley.

Christ, I'm rough as a badger's backside on Saturday morning. Murphy Palmer the budgie is still sulking over Norwich City's midweek 1-0 reverse against Wigan Athletic. Wigan, is of course, the home of Northern Soul. Murphy has banned this genre of music in our house until further notice. I've had to box up my Edwin Starr collection and carry it up to the loft. Murphy threatens to attack the aerial of my DAB radio if Brian Matthew plays a Northern Soul track on his Radio 2 show this morning. 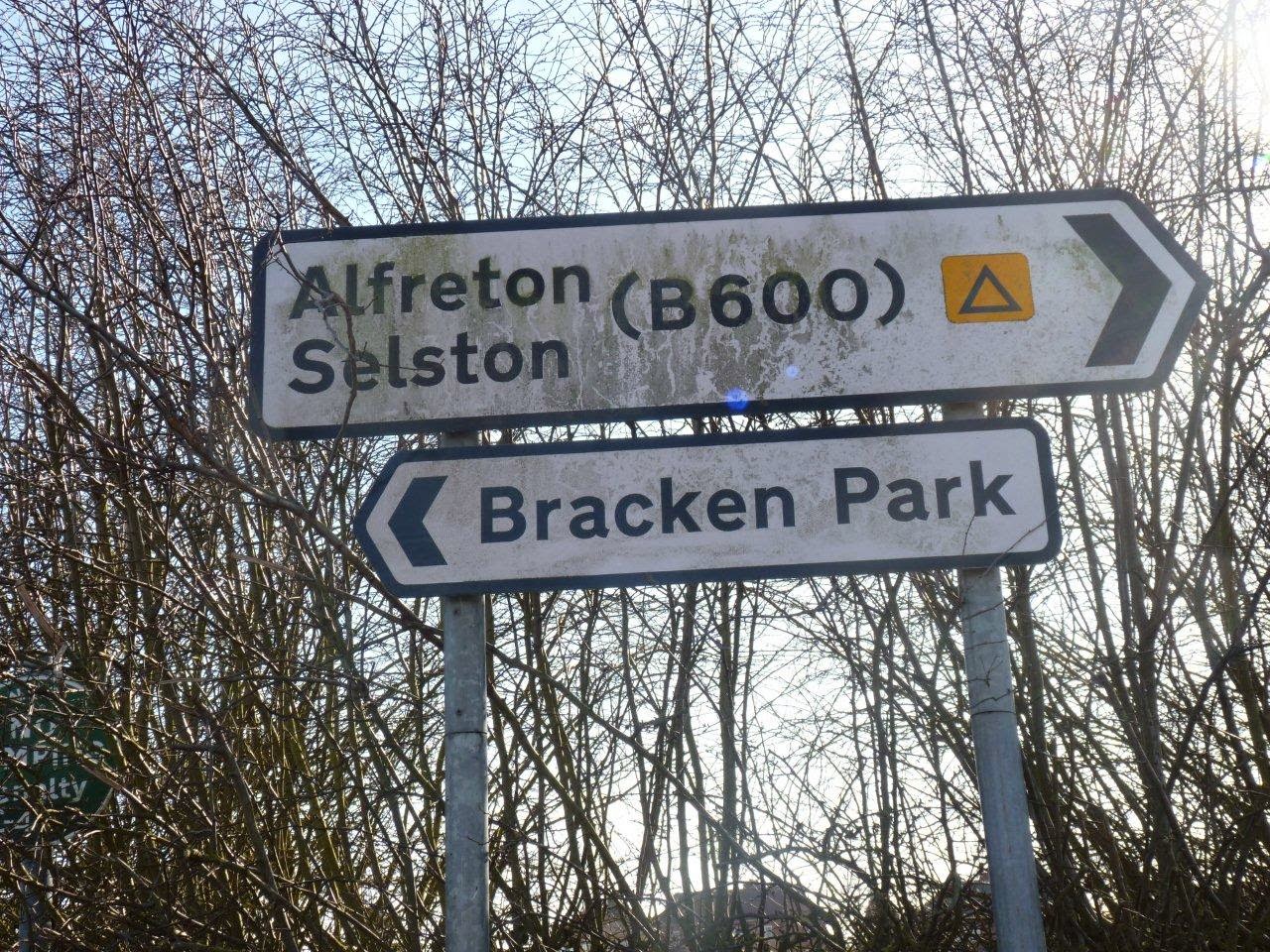 Mrs P drops 'The Skipper' off for his Midland Junior Premier League cup tie on Saturday morning. I slope off up the Keyworth Bistro for a hearty breakfast. Our Joe's team look in fine fettle as they coast to victory in the first round of the cup against a team from Shrewsbury.

First team manager James 'Tosh' Turner is parading around the ground in his QPR tracksuit. He spent last night with his pal Jermaine Jenas at Noel Gallagher's Flying Birds gig at the Nottingham Arena. Rumour has it Tosh even got to go in the dressing room. Word spreads around the ground that Jenas and Gallagher are due down any minute. It's got to be a wind up.

I leave Tosh to roll the pitch on his tractor and head off up the Nottingham ring road and onto the A610. I decline an invitation to watch MK Dons v Preston North End in League One.The brilliant Big John Murray is commentating at Valley Parade on the Bradford v Reading FA Cup tie. Former Pies midfielder Gary Liddle sees a shot come off the post. 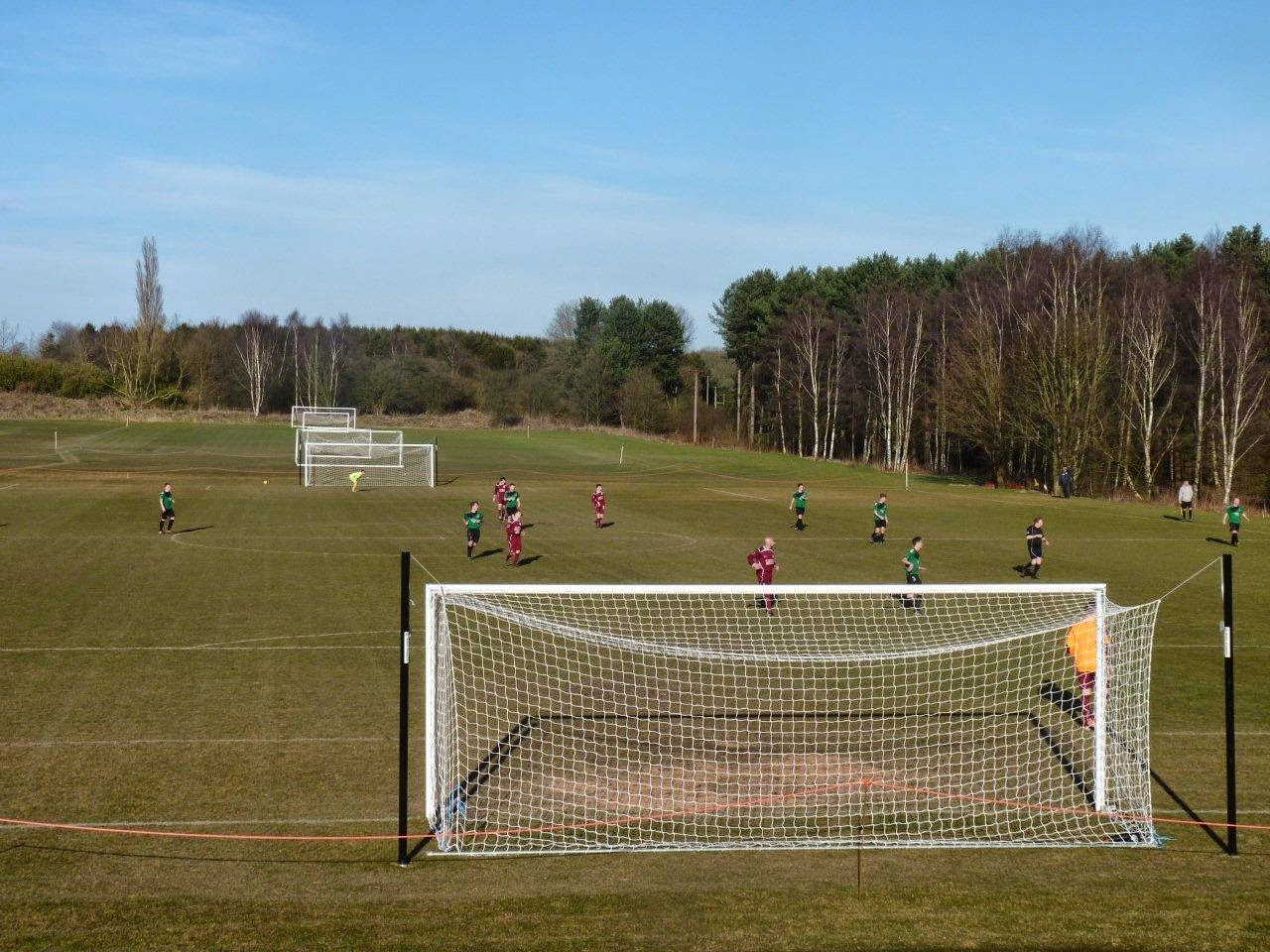 I drive through Eastwood, past the D H Lawrence Heritage Centre. A few years ago I thought I was being stalked by this groundhopper. Every game I went to, he would tip up at too. One Saturday I decided to visit the birthplace of D H Lawrence on Victoria Street in Eastwood. I was sitting in David Herbert's bedroom listening to a talk by one of the guides, when there was a knock at the door and in waltzed that bloody groundhopper. I couldn't chuffing believe it.

I roll through the village of Brinsley before pitching up in Underwood. D H Lawrence courted a lass from here who lived at Hagg's Farm. Back in the day this area was a colliery district. I had hoped to have a swift one at the Red Lion on Church Lane, which has an entry in the 'Lucky Dip' section of the Good Pub Guide. To be honest I'm still feeling fragile from Friday night, so decide to give the boozer the swerve.

I find Bracken Park, the home of Underwood Villa just off the Mansfield Road. The brick built clubhouse sits above the two football pitches. I can see Keyworth Utd are being put through their paces. The No.7 looks gangly. He wears socks over his knees and has black cycling shorts on. I see one of his trademark mazy runs, despite it being a passing drill. It's my lad of course - Sticky junior. He has represented his village for 14 years. 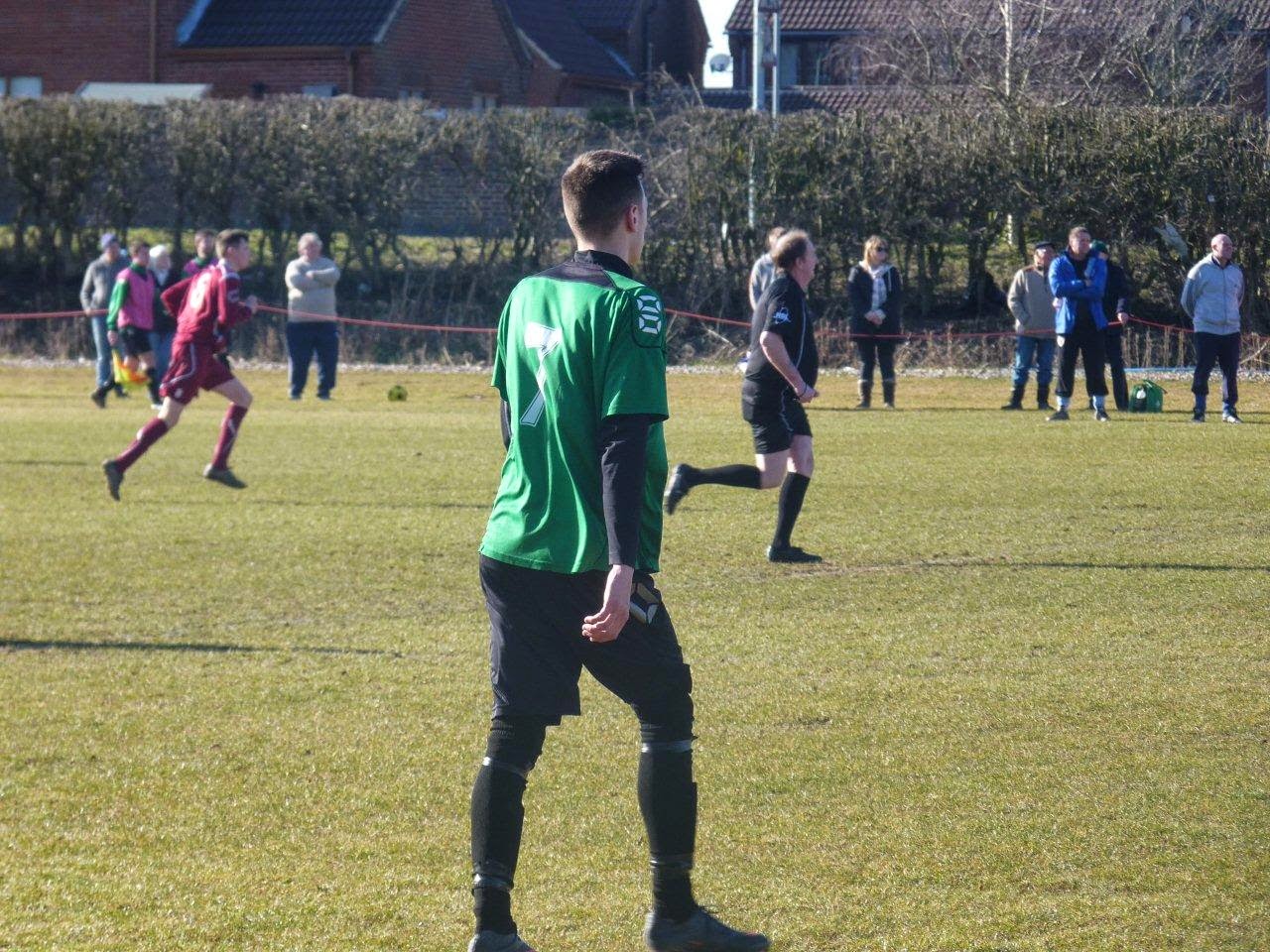 This is the lowest level of football I've blogged in eight years of groundhopping. I've no regrets. There are woods to the right. The setting is beautiful, the skies blue-painted, with a slight westerly breeze.

It's Division 2 of the NSL. What I do like though is that both teams invest in youth. Sticky junior's usual manager isn't here today. My lad has a lot of time for him. He's brilliant at motivation and relaxing the boys in the changing room.

Seasoned veteran Dave Fisk is helping out in Lee's absence. He always has an encouraging word or two for junior. Underwood has always produced good players. We picked up a lad for Notts at 16 years old, who went on to become a scholar with the Pies. 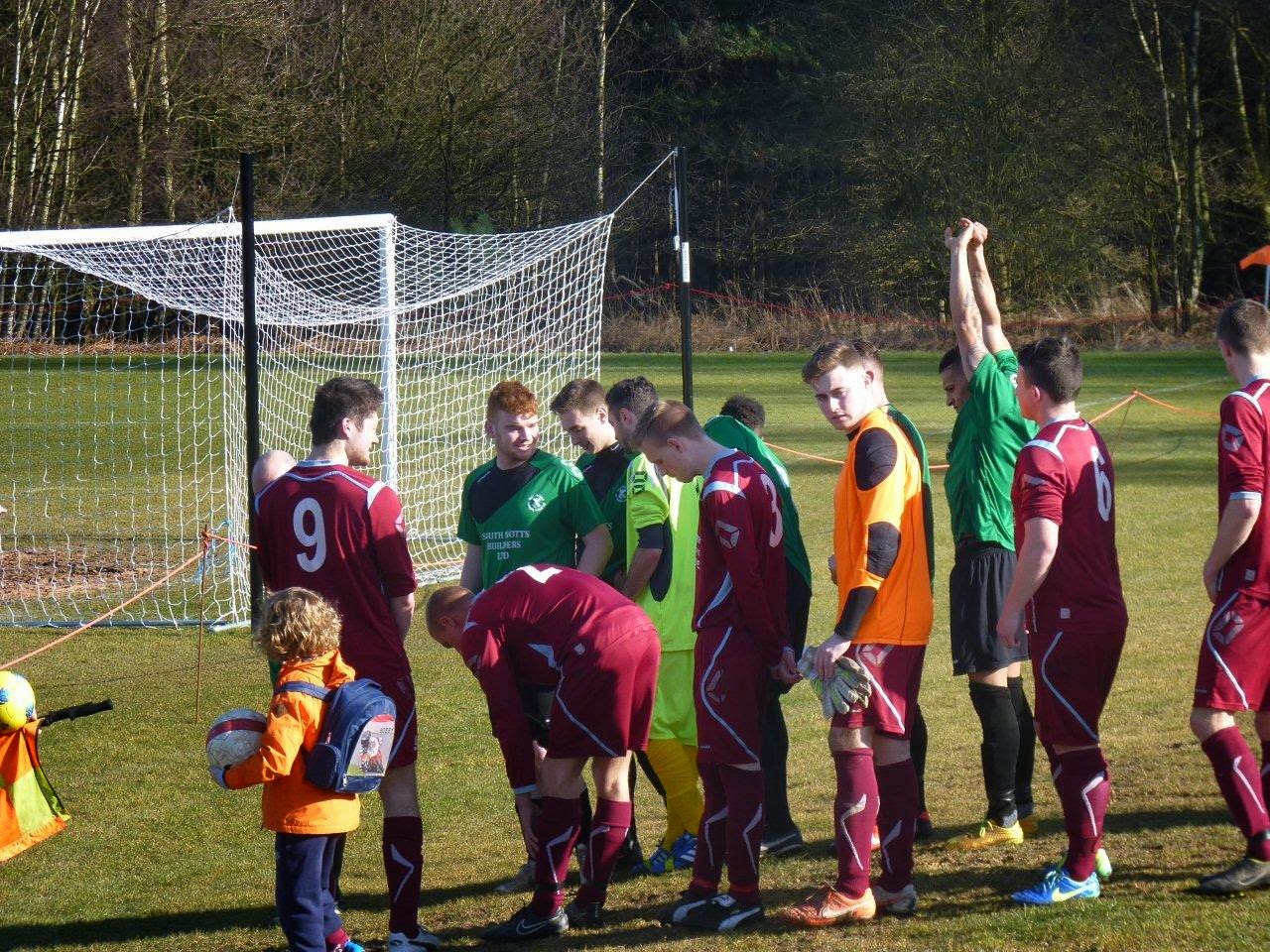 There isn't much doing in the first half The referee takes one in the chops following a Normington stray clearance. The game is in desperate need of a goal. Keyworth hold all the aces, particularly with young Goran Seymour on the left. They take the lead with a beautifully executed goal, which is started by young Tom Randall on the right and finished with a low drive by Seymour, following unselfish work by Burrell.

I hook up with Alan and Dave in the clubhouse. Alan kindly buys me a coffee as we watch the half times roll in. I glance at the food menu in the bar. I'm not really in the mood for any of Nobby's Nuts or a Fredo bar. 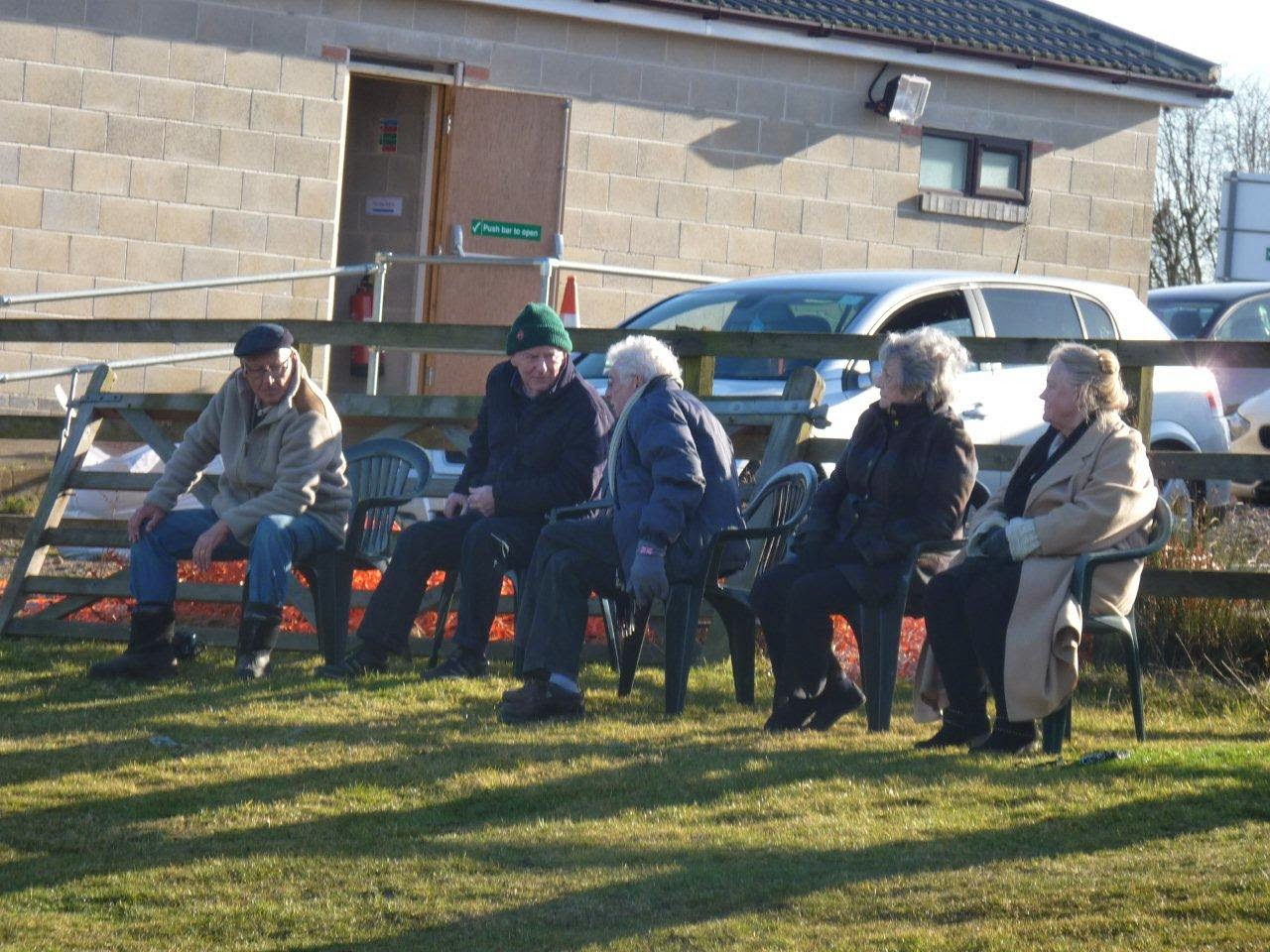 It's one way traffic in the second half, as the wind whips up. Young junior sees little of the ball. He seems to be receiving mixed messages from the coaching staff, when it's clear he should be tucking in a good 15 metres or so, as Villa run riot down the right hand side.

Villa restore parity with a comedy goal. Harbottle in the nets, who always sports a cap when around at our house, forgets his headwear for the game. A low sun catches him out, his reflexes are too late, a 35 yard free-kick somehow finds it way into the net. The winner comes ten minutes later, following Villa's umpteenth corner of the second half.

Junior and Goran are substituted. My lad is frustrated at not getting on the ball. I tell him to keep his chin up. There's always next week.

Man of the Match: Goran Seymour