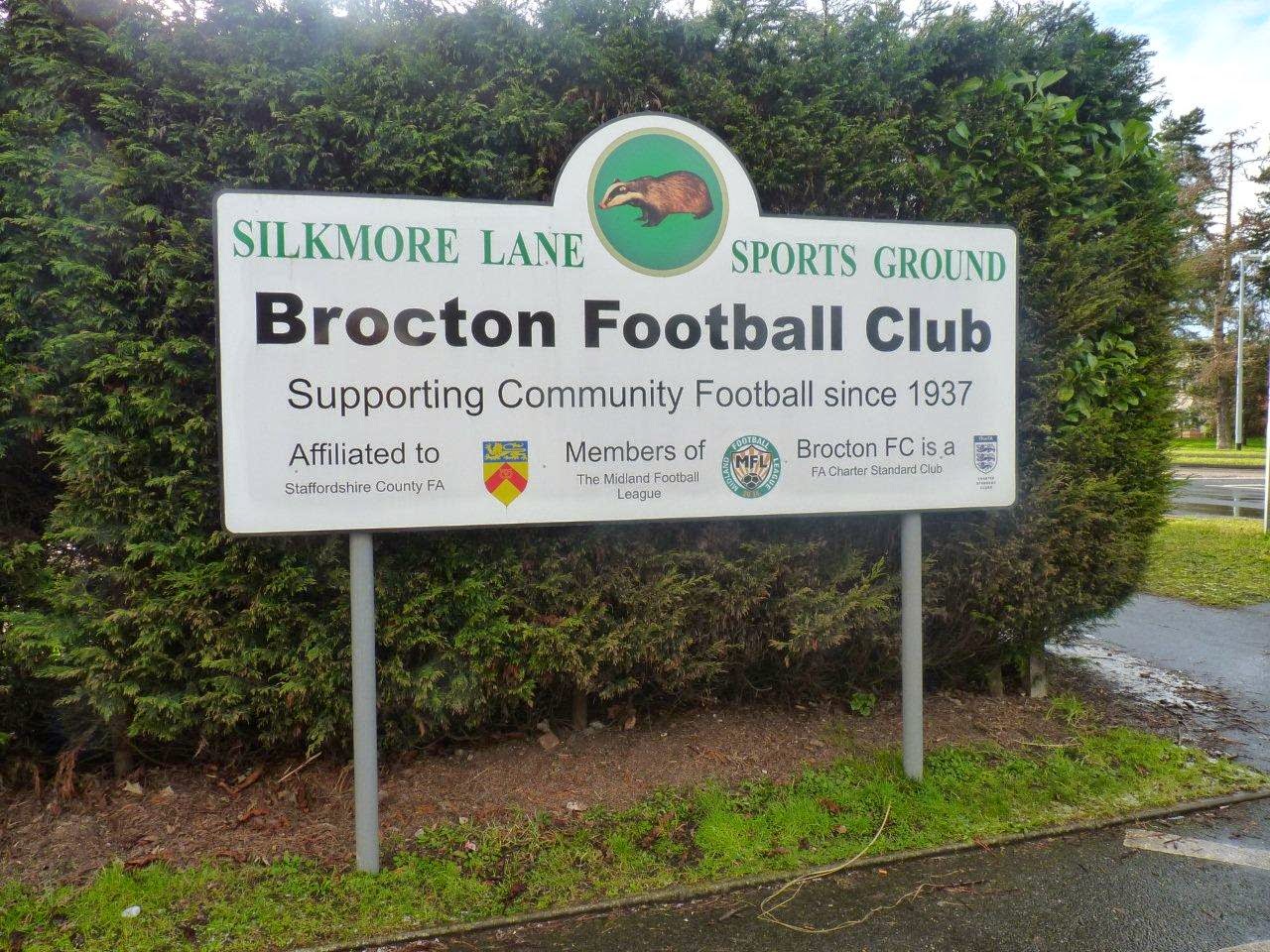 Me and Murphy Palmer the budgie don't do the TV soaps. We'd rather walk on the wings of a Tiger Moth than watch Emmerdale or EastEnders, but we're always looking to make a fast buck. As who killed Lucy Beale fever sweeps the country, we decide to take a butcher's hook at Corals for the latest betting. We've never like the Market Inspector; a nasty specimen, who's always on the make. At 66/1 he was worth a punt for Murphy. We'll spend the winnings on Johnson's honey bars and millet spray from Wheatcroft's Garden Centre in affluent Edwalton.

Murphy whistles his way throughout the entire episode. I tried to break it to him gently that nobody has seen the Market Inspector in weeks. He asks for his towel to be put over the cage when it's revealed that little bro Bobby Beale bashed his big sister over the head with a jewellery box. We won't be watching it again.

It's Friday night and I'm sitting in the The Plumtree Restaurant on Nottingham Road in Keyworth next to the chippy. I've won a meal for two having been the 100th 'Like' on their facebook page. 'The Skipper' does a spot of waitering here at the weekend. There's not many folk in this evening, as people are scrimping and scraping, waiting for wages day next week. I polish off a huge portion of delicious haddock and share a Fruits of the Forest Gateaux with Mrs P. The food and service is par excellence. I tell the owner that I'll recommend that the Food Sleuth from the Nottingham Post pays them a visit. 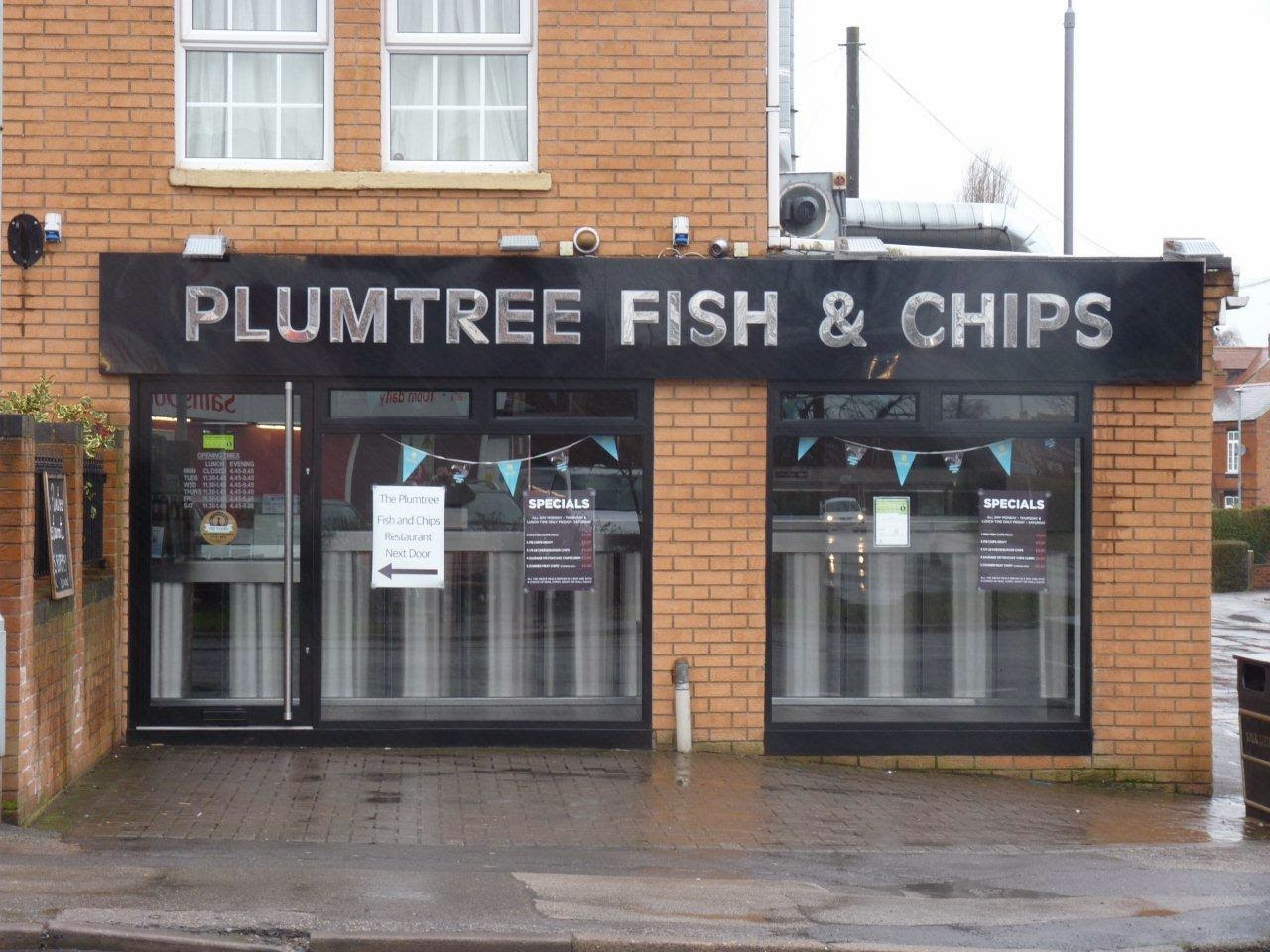 I'm up with the larks on Saturday morning. I'm frying mince and chopping onions, while I prepare Sticky's signature dish of chilli con carne for this evening. I finally head down to Clifton All Whites, Green Lane ground, to catch 'The Skipper' in action for the under 18s against Mickleover Sports. It's 0-0 and they have missed a penalty. Tosh whips away three of the boys away for a first team match up at Thoresby Colliery at half time. They struggle after the break and are well beaten 2-0. 'The Skipper' is a little down in the mouth as I drop him off at home.

Middlesbrough v Dirty Leeds is the commentary game on Five Live. Academy product Alex Mowatt has put the visitors ahead. Manager, Neil Redfearn, was one of my boyhood idols. He made 100 appearances for 'The Lincoln' in the 1980s.

I've brought the Tom Tom instead of the Garmin, it proves to be a costly mistake. The bloody thing takes me on a tour of the Derbyshire and Staffordshire countryside. Flipping heck, I thought I was in Cornwall for a minute, the roads are that tight and bendy. 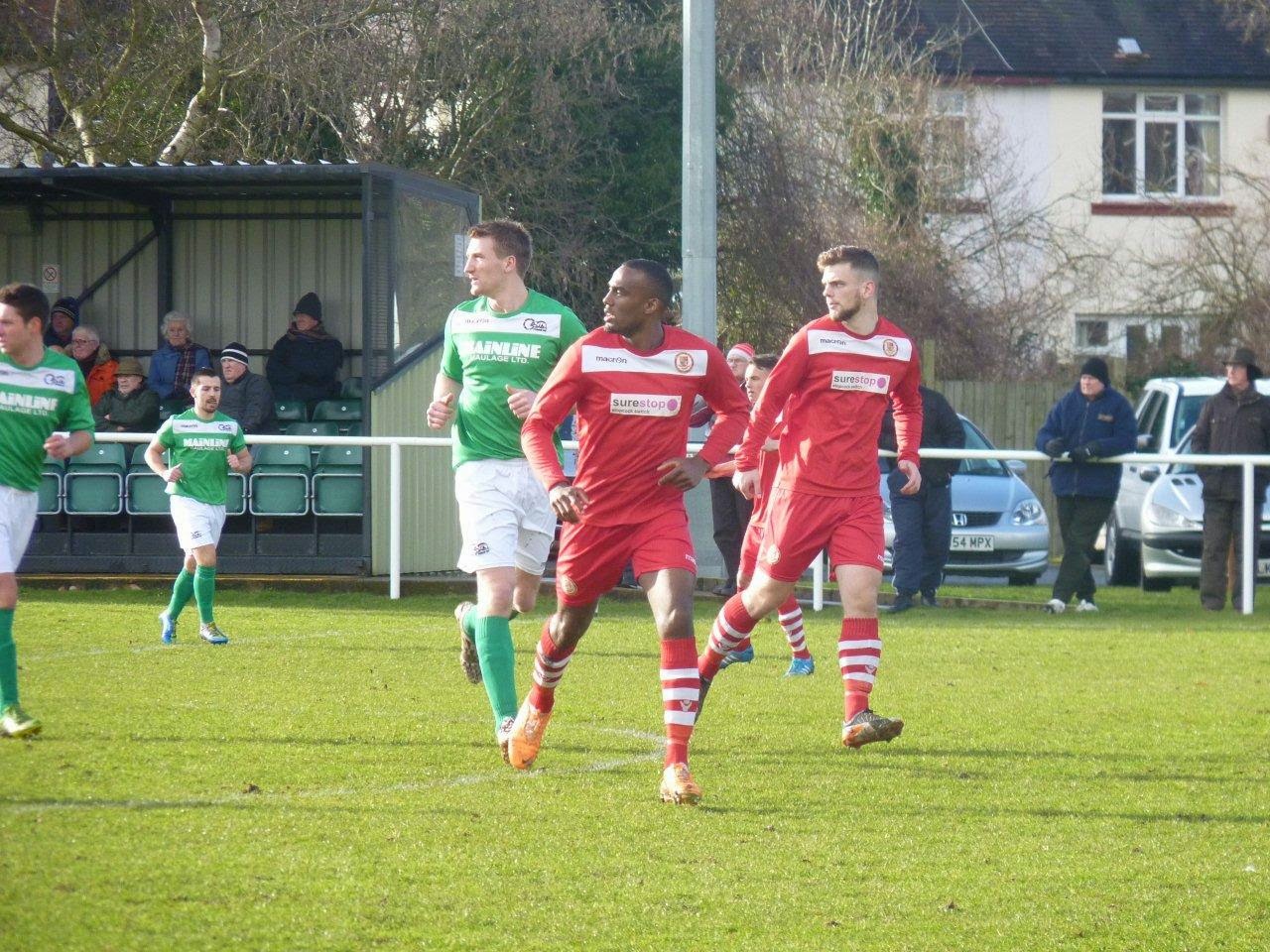 I finally pitch up outside the village store in Brocton. I can't get a signal on my phone so I can punch out the postcode of the ground into the sat nav. It's like Open All Hours in the shop. The lass on the till and a few customers haven't a Scooby Do where Brocton FC play. To add insult to injury we're now in the middle of a hailstorm that is bouncing off the car windscreen.

I chance upon Brocton Hall Golf Club and drive up towards the clubhouse. Former Ryder Cup golfer Paul Broadhurst is the course record holder. An elderly couple, dripping wet, are packing up their golf gear. The lady gives me precise instructions. The club play just outside Stafford.

Brocton FC were founded in 1937 by the owner of a local pub. They are nicknamed The Badgers. It's £5 on the gate and £1 for a good programme. I love the ground. It's tight, tidy and tree-lined. The main stand is on the nearest side with green tip-up seats. I was tipped off about the ground by former UEFA official Phil Prosser. 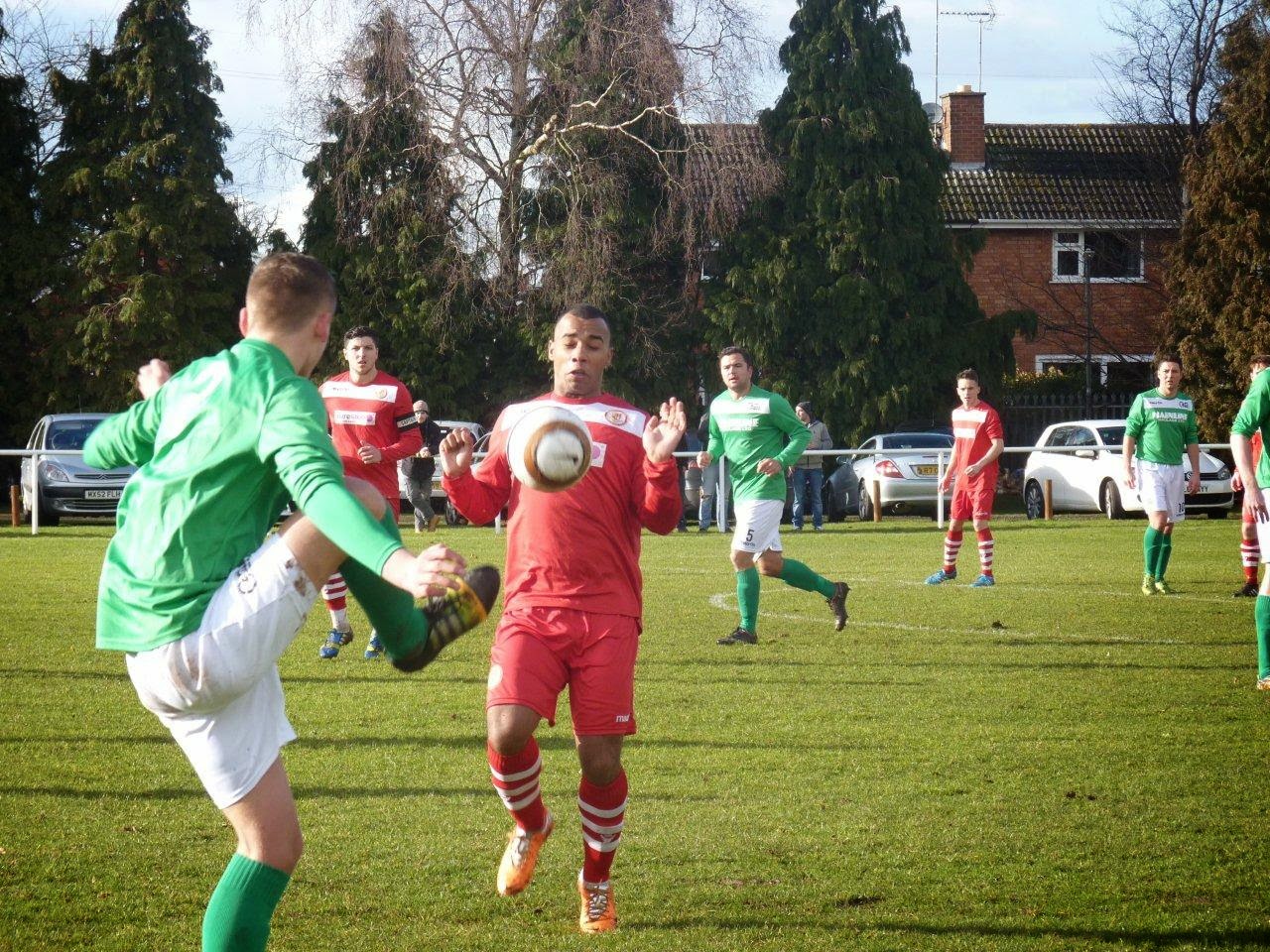 The Badgers are in the lower half of the table despite a comfortable 3-0 away win at League leaders Lye Town during the week. I viewed Walsall Wood a month ago in the FA Vase. They were knocked out in a replay at Shaw Lane Aqua Force.

Brocton are brimming with confidence. They are quick to close down and play a beautiful game. They take an early lead through a left footed strike by David Berks. It's soon 2-0. Young Jack Edwards rinses Walsall Wood's Kieron Richardson lookalike left back, his low cross is turned into the net by Sam Bell.

Walsall Wood are simply not at the races. Their centre forward, who didn't look match fit when I saw him a few weeks ago, is hauled off. A bloke resembling Emile Heskey replaces him. They are fortuitious to be handed a lifeline on the stroke on half time. Their winger already looks to be tumbling as he rounds the 'keeper. The lady lineman signals for a corner, the referee points at the spot. After consultation between officials, the spot kick is taken, but saved. The rebound is blasted into the back of the net. 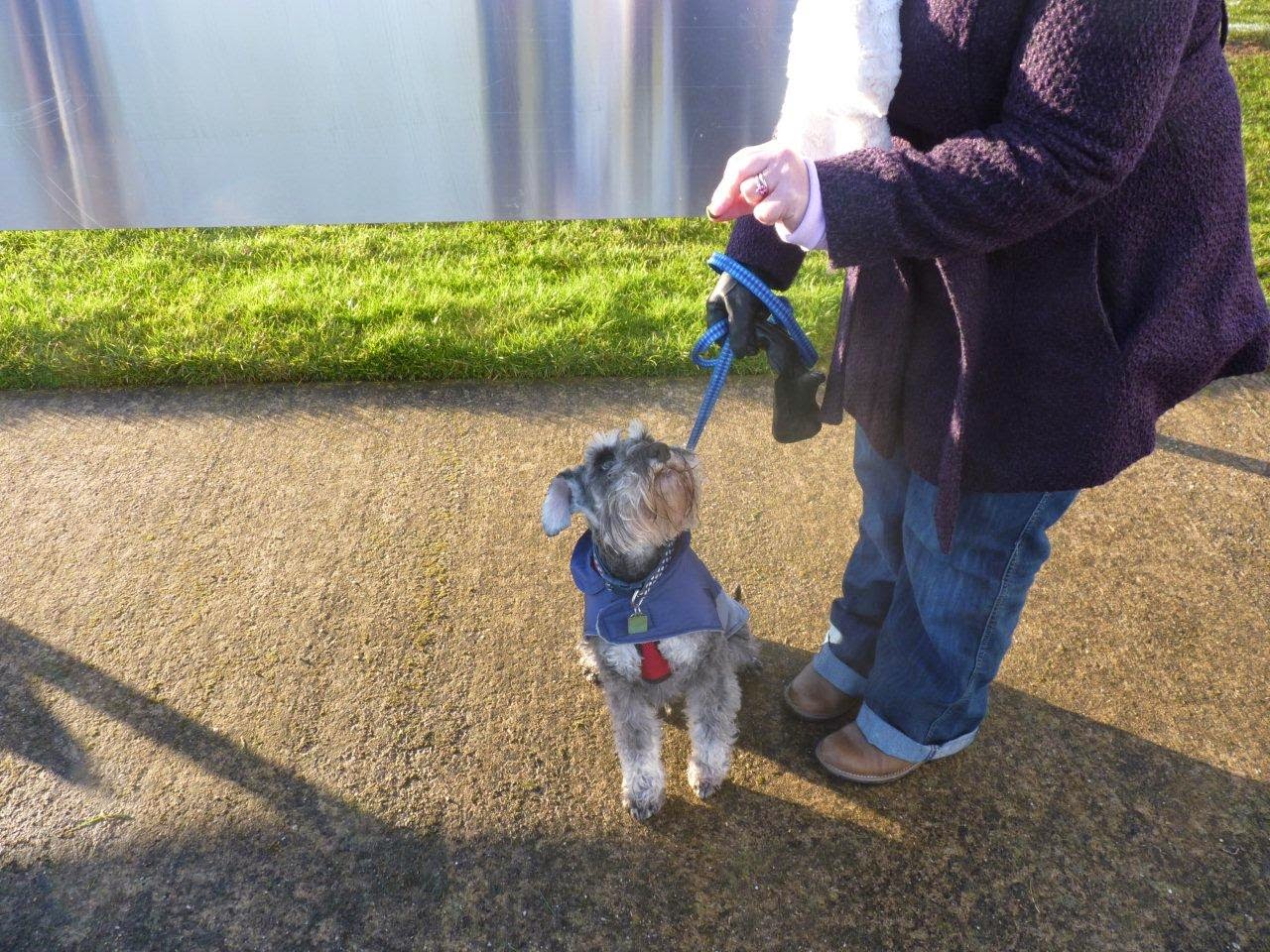 The crowd of 89 draw for breath after an exciting first half. Henry the dog enjoys a chocolate drop. I have the brew of the season. It's poured from the pot into a ceramic mug. I mark it with a 9.5. I get gassing to a groundhopper from Farnborough. He's caught the train here from Euston. He won't be home until 10:00pm.

I tell him an anecdote about the time I was in recruitment at Notts County. My boss and I went to see Buckingham Town v Farnborough Town in the FA Youth Cup. It was at the time when Munto ran the Pies and Sven Goran Eriksson was Director of Football. We picked up this lad. He reminded me of Gareth Barry. He played one trial game for Notts County U16s. They wanted £30,000 for him. Farnborough were managed by a guy called Steve King. He used to wear a cashmere coat and a pork pie hat. He looked like a used car salesman. Turned out Munto was a hoax. The boy was a quality player. His name was Joe Ralls. He's a regular pick for Cardiff City these days.

Walsall Wood emerge from the dressing rooms after only five minutes. I reckon their manager has booted them out after a royal rollicking. The game continues at a great pace. Brocton grab all three points with an emphatic finish from Jack Edwards who has hugged the right touchline all afternoon.

As I walk out the ground with the final seconds ticking away, I clock a man in the stand scurrilously penning away in a notebook. It's the dreaded referee's assessor. No wonder the man in the middle has been over zealous today.

Man of the Match: Jack Edwards

I was the other photographer at the Brocton game last Saturday. I thought you might have been the official Brocton snapper.

Good article, good game and a pleasant ground. I talked to a hopper in the 2nd half who hails from Edinburgh! That's dedication for you.

You beat me to it by posting a link to your Blog on the Midland League Facebook page. Fair play as I sent my first Facebook link the previous week.

Keep up the good work and I will be checking your Blog out regularly from now on.

My Blog can be found at westmidlandtraveller.blogspot.com

Hi sticky,not sure if you'll remember me but myself and my pal alex met you at mossley back in the 2010/11 season. we are going to lowestoft on the 21st of march, and are staying in norwich that evening. i've seen on your latest blog that you'll be in norwich that day for the forest game,are you heading straight back afterwards as we'd love to meet you for a pint if that is ok? please let me know. cheers,Henri

Hi Henri, good to hear from you pal. I remember you clocking Trumpy Bolton in the bar. Mate, I'm back on the train to Nottm at 7:00pm. Shame, we could have caught up. Been to any good grounds lately ?