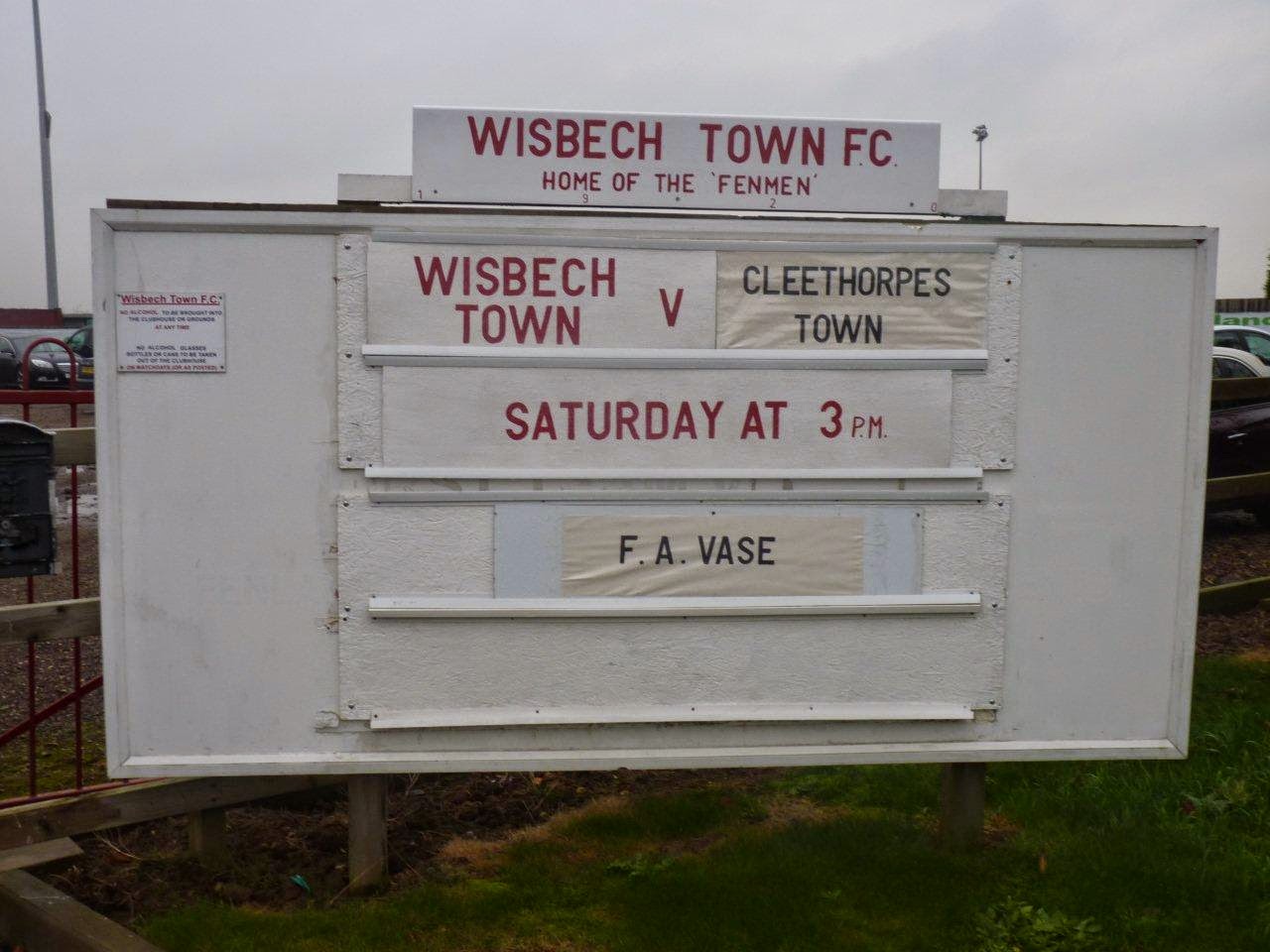 It's Saturday morning and Murphy Palmer, my little green and canary yellow budgie, is flipping fuming and spitting feathers. 'The Angler' has popped round to do a spot of decorating. He has got the David Andrews show on Gold blasting out his Roberts radio, while he hangs up some wallpaper. Murph's not having 'Tiger Feet', 'I Will Survive'and 'Delilah.' We usually listen to the Brian Matthew's Sound of the 60s on Radio 2.

It's his bloody fault that the Lounge wants decorating anyway. He's pecked no end of wallpaper off in the last few years. He's threatening to dive-bomb 'The Angler' and stick the beak in. I move the little fella into the kitchen for his own well being.

I've a few chores to carry out before I earn my pass-out to Cambridgeshire. One is to clean out Finley the rabbit. He's up for one of his crap Non League tips. "Cleethorpes to win 3-2", he says through gritted teeth. It's like being Dr Dolittle in this bloody house. Don't worry Fenman fans, Finley hasn't got a prediction right in eight years of guessing. 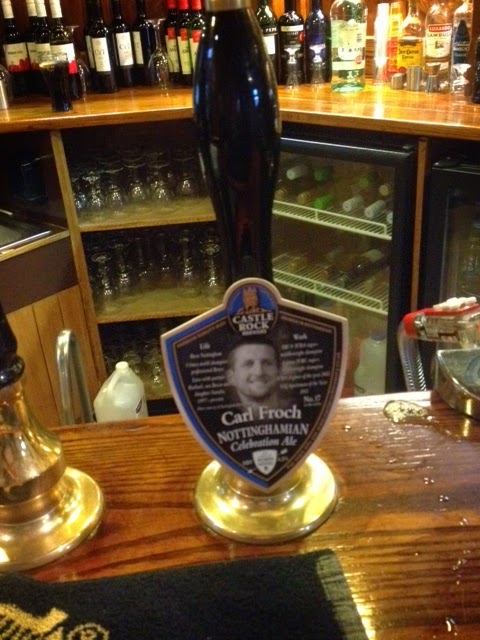 I was going to watch Keyworth United's version of Georgie Best today, after taking his brother 'The Skipper' to his Midland Junior Premier League game in Cannock, Staffs. Clifton cry off, so I make alternative arrangements.

I drive down the A46 and turn onto the A52 towards Grantham. I was hoping to meet up with 'Ackers', who lives in Whittlesey, but he's watching another FA Vase game across at Holbeach, where I went a few weeks ago. There's a really sad story to tell, that happened after the game. The Gorleston joint-manager was taken ill and sadly passed away from a heart attack caused by a blood clot, after his appendix were removed. He was in his early forties, and married with four children. The football is unimportant, the tale is tragic. God bless him.

The Sat Nav has a hissy fit on the A1, I lose the signal and miss the turning to Barnack. I have to crawl through Stamford. The Daniels (Stamford FC) are bidding a teary farewell to the Kettering Road ground today, after a 118 year stay. I saw Buxton play there a few years back. I was besotted with their centre midfielder Anton Foster. I bumped into him in the street that day. I got all star-struck and bottled out of asking him for his autograph. 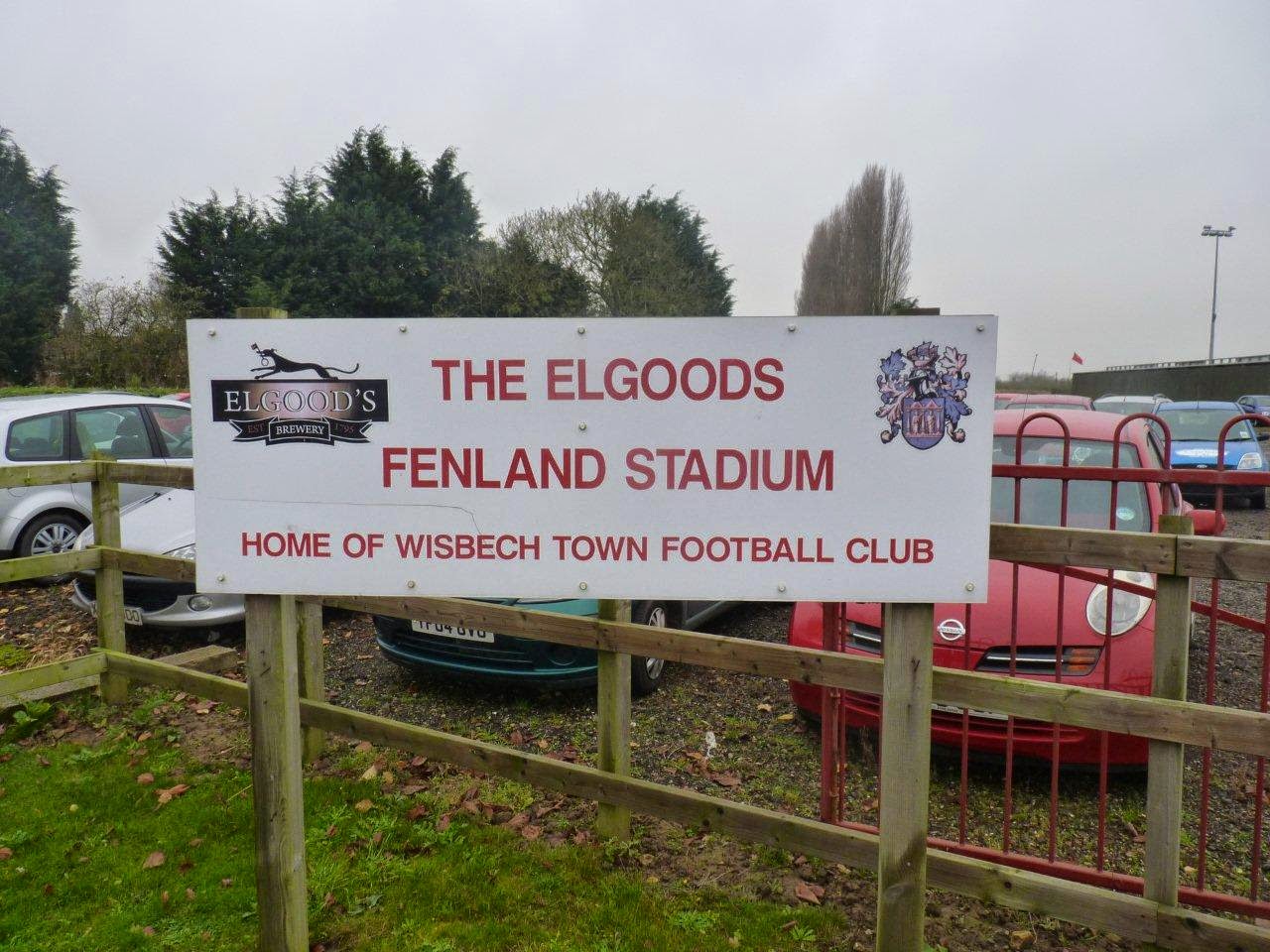 I drive off-piste before arriving in the picturesque village of Barnack. I'm taken aback at a UKIP poster plastered in someone's front window. The author Charles Kingsley spent his childhood growing up in the Rectory.

I'm here to tick off another entry in the Good Pub Guide. The Millstone is an Everards pub, tucked away in a back lane. It has a timbered bar and there's cosy feel about the place. I would normally have plumped for a pint of Tiger or Beacon, but I clock a guest ale from the Castle Rock Brewery, in my neck of the woods, called Carl Froch.

There's a family gathering in the bar. I peruse the menu and order up a smoked bacon and melted Stilton cheese 'Doorstep' sandwich. It's delicious. 'Promised You a Miracle' by Simple Minds from the album New Gold Dream is on the pub sound system. 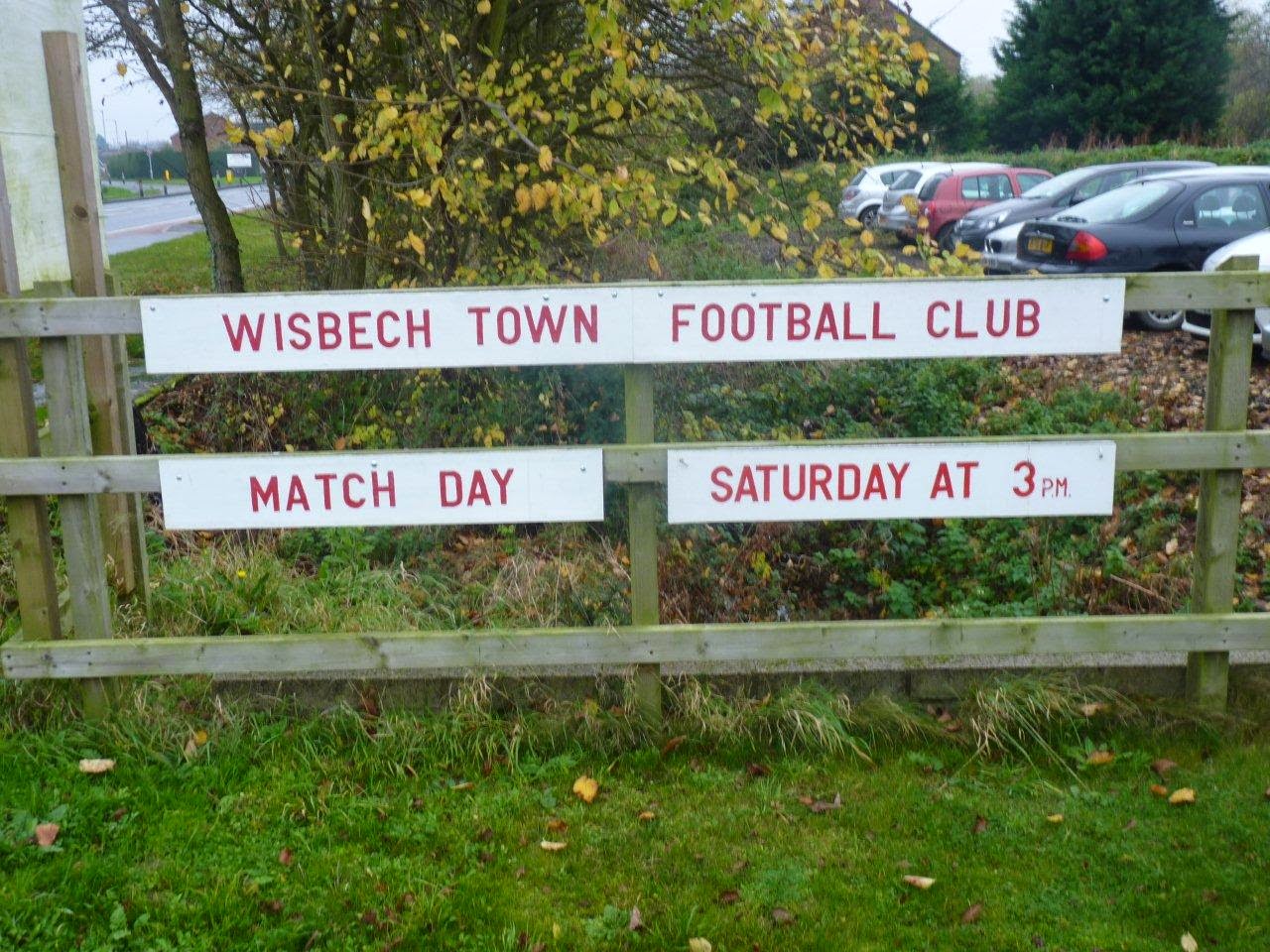 The trip to Wisbech is straight forward enough. I stick to the A47. The fields are waterlogged but the Club are confident that this appetising FA Vase 2nd round match will take place.

I bump into a Halifax Town fan in the car park. We talk about their former striker Lee Gregory who is now plying his trade for Ian Holloway at Millwall. It's a rather hefty £7 on the gate, not sure if the Club have hiked up the price because it's a Cup game. I bag a programme and some raffle tickets; I feel a little flush today.

Wisbech is a market town and inland port in the Fens of Cambridgeshire with a population of 30,000. The River Nene runs through the centre of the town. Local farmer Tony Martin gained notoriety after shooting dead an intruder at his isolated farmhouse just outside Wisbech. 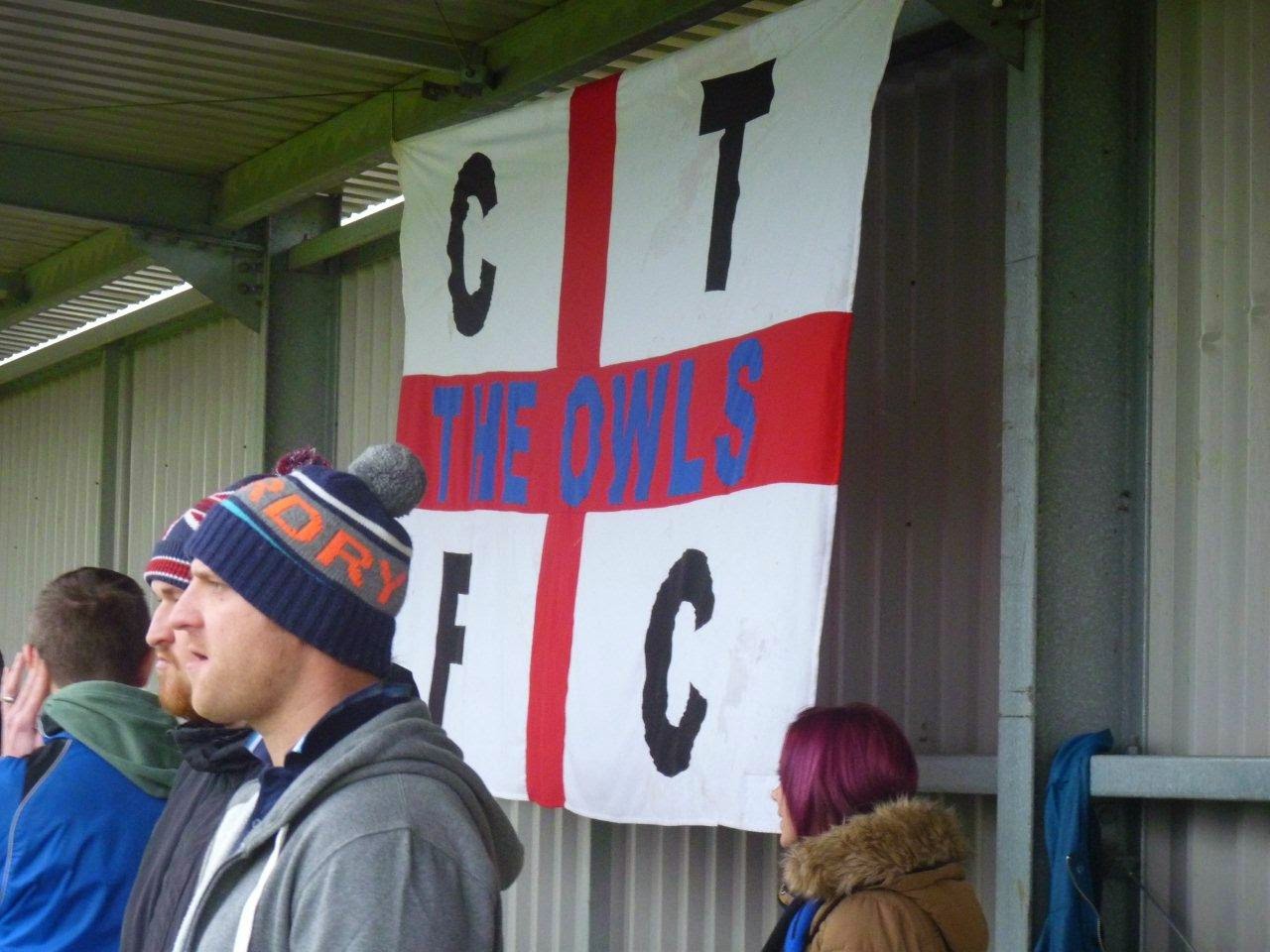 The Fenmen were formed in 1920. They have played at this modern stadia since 2010. I have already viewed Cleethorpes Town at Nostell MW earlier in the season.I liked the look of them that day. The Elgoods Fenland Stadium is mobbed out today. The bar is jam-packed too as the community turn-out on the road to Wembley. There's a good following from Cleethorpes too. I get chatting to a bloke who has brought along his little daughter. It was a two hour trip from the seaside resort in Lincolnshire.

I stand on the far side of the ground, next to a small stand. The dugouts, changing rooms and social club are on the far side. I expect the game to be tight and evenly balanced. The first half is as good as I've seen this season. Livewire winger Billy Smith is running the show for the Fenmen. He's turning the full back inside out as he ghosts his way down the wing. He's finally clattered by a crunching tackle. "Get up you tart" is shouted from the away end, the offender sees a yellow card waved in his face. A helicopter eats up the skyline. A local wag remarks: "Here's the Sky TV cameras."

The Cleethorpes manager has a voice like a foghorn and is built like a brick outhouse. His nature is aggressive and he is quite scary. He calls the linesman an oxygen thief. It's unpleasant and unnecessary. He'll probably be running the doors in Grimsby town centre this evening. Cleethorpes enjoy a good spell of pressure and take the lead with a beautifully executed goal guided into the bottom corner of the net by Jack Richardson. 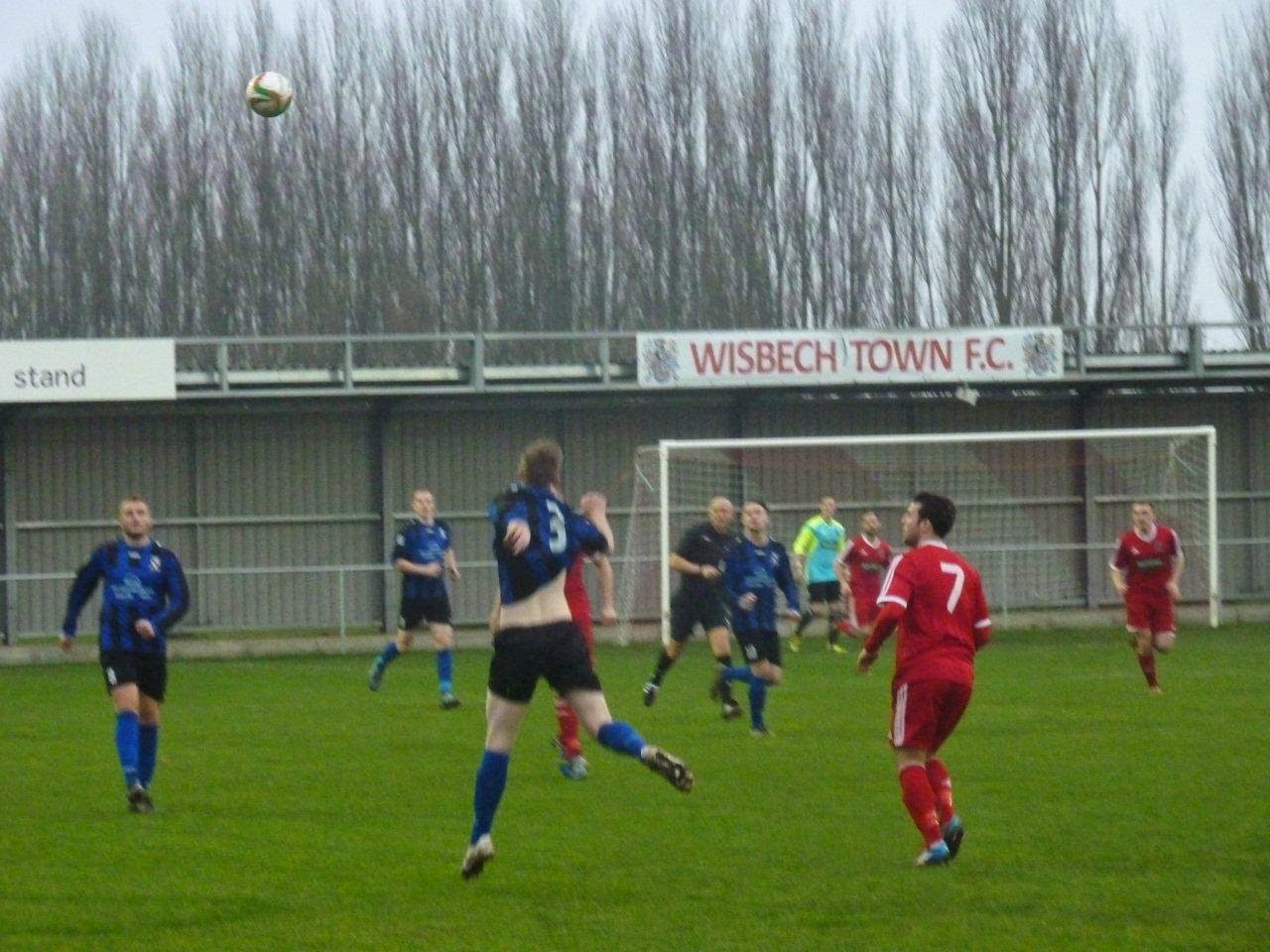 The Fenmen equalise on the stroke of half -time following good work down the right, a ball is played in for Josh Ford to bury his shot into the corner of the net. I get chatting to an Ipswich Town fan from Sandringham at the break (don't tell Murphy). He used to live down the road from me. He refers to Norwich as the Budgies. Lucky I didn't have Murphy perched on my shoulder, he'd have pecked his eyes out for saying that. Murphy would love it here, the Wisbech PA guy is playing our favourites Little Mix. We voted for them every week in the X-Factor.

The second half doesn't quite have the same ebb and flow about it. Wisbech take the lead through Ford again, following some poor defending by Cleethorpes from an inswinging corner. It could be more had it not been for a string of saves from the visiting 'keeper. 'Our man' is deathly quiet now, but seething inside. He encourages his team, but sends out very little information. His No.7 works his socks off, but they rarely work the 'keeper.

Wisbech hang on in a tense finale to find their way into the last 64 of the FA Vase.

Man of the Match: Josh Ford

A very fair report but one factual error. Wisbech stands on the River Nene, not the Great Ouse. I agree that there looked to be quite a few more than just over 200 spectators.

Thanks Ade, I've changed that, my brain has fried.

Anton's now skipper at Shaw Lane Aquaforce, I went up there a couple of weeks ago. Still looks sharp!!