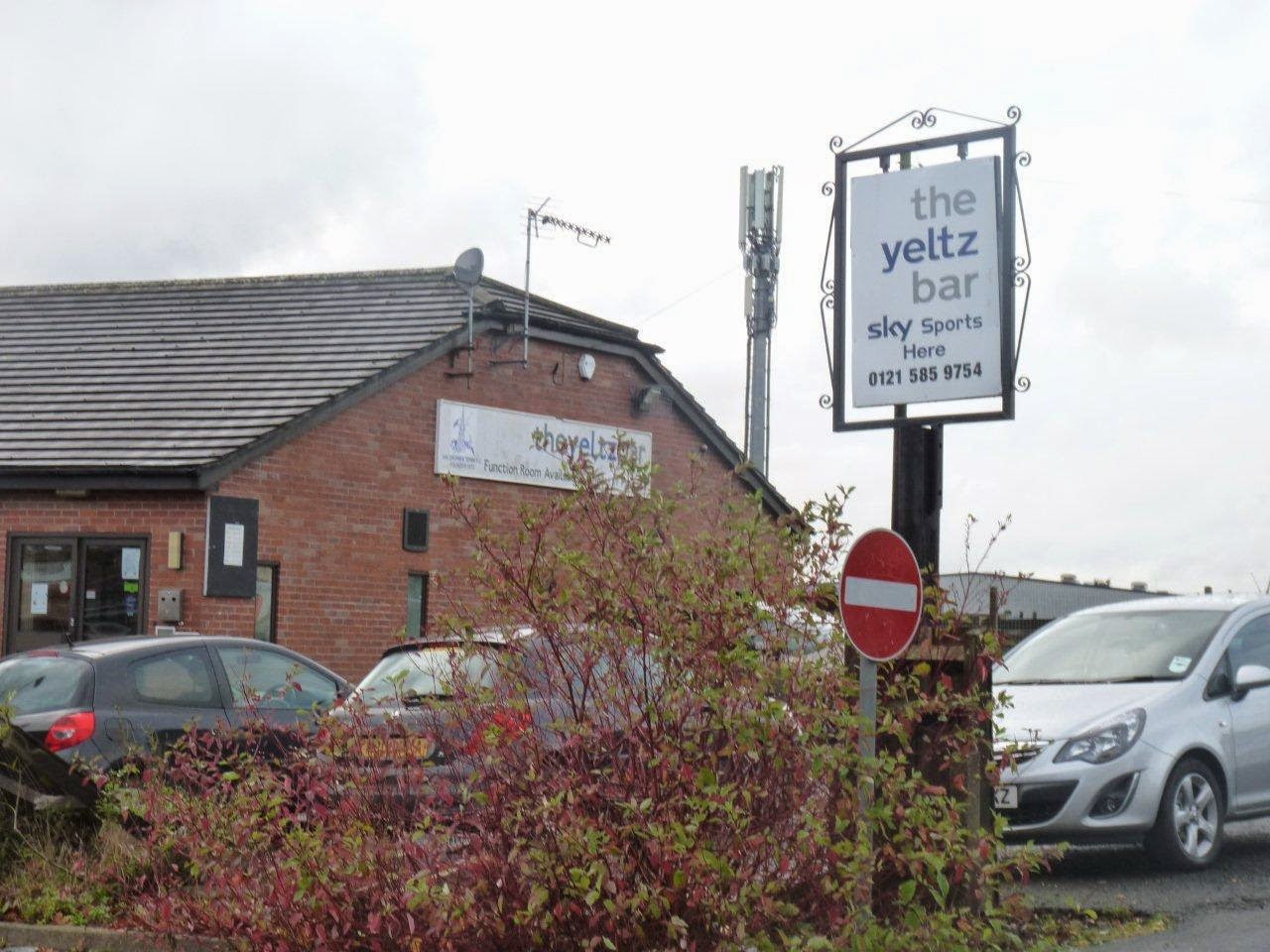 He's got his eye on that Eastern European Drink Shop on a street corner. I manage to distract him and whisk him away in the direction of the 'Rolls Royce.' My last memory of Bolton that day was him throwing some shapes to 'Party Fears Two by The Associates, in the Keyworth Tavern lounge at Coops' 50th birthday bash.

It's Saturday morning. Last night I hung my nose over a bottle of Rioja for £8.50. I sunk the lot whilst listening to my iTunes. I'm nursing a sore head as Murphy the budgie whistles his little head off to The Who's 'I Can See For Miles.' Brian Matthew is on fire this morning on Radio 2, as he follows it up with classics from The Four Tops and The Ronettes. I send a congratulatory tweet to Warrington Town manager Shaun Reid after their 1-0 giant-killing of Exeter City. Shaun will have snapped, snarled, sworn and chewed gum furiously throughout the night. 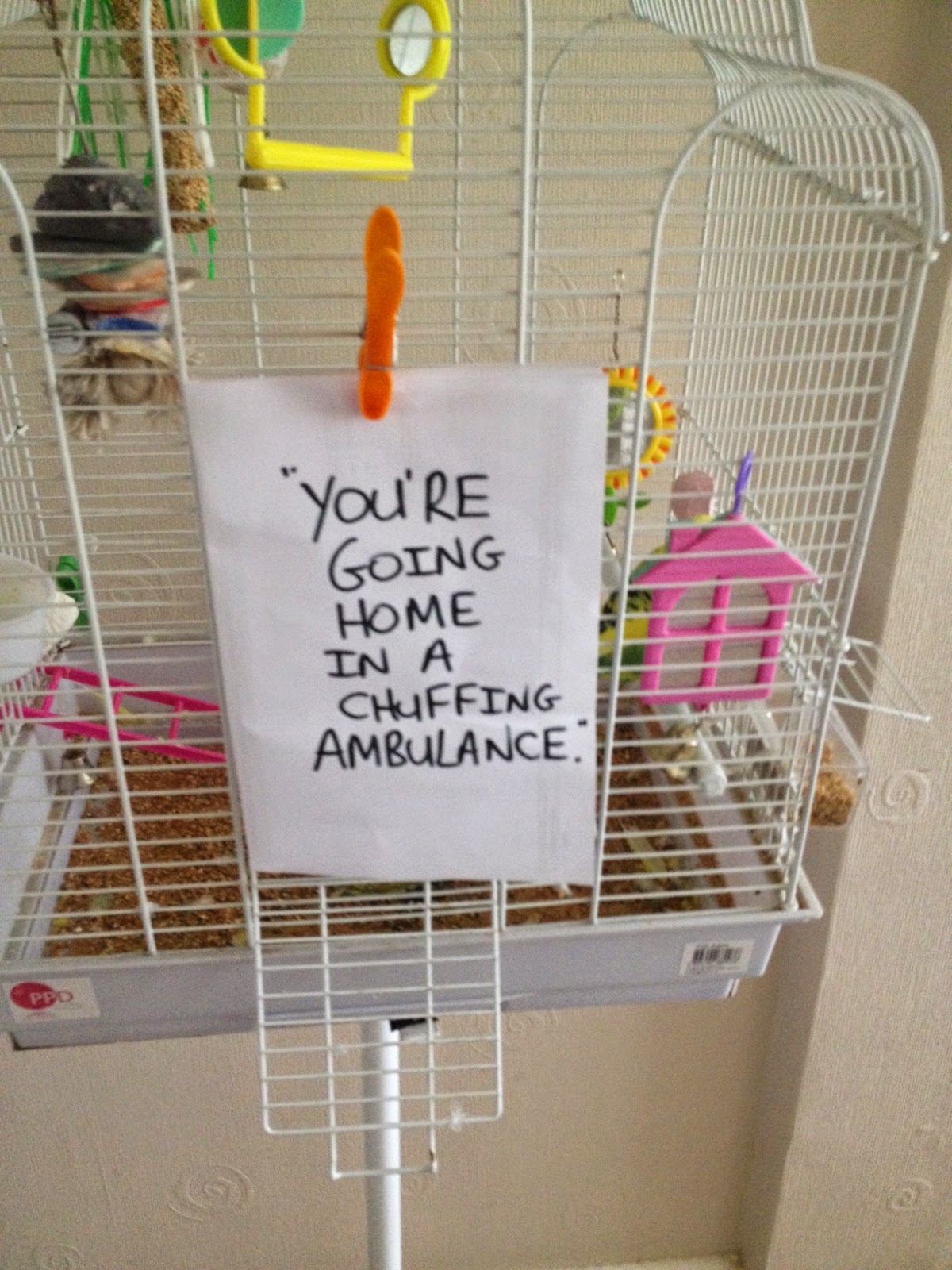 Murphy has been giving it large on Facebook about Norwich City's chances at a faltering Nottingham Forest. Tricky Trees fan Sticky junior has taken exception to these postings. It's just a short flight for Murphy today, up the A606 into West Bridgford. I haven't told him about the 4-0 drubbing at Middlesbrough in midweek.

I nip up the local hardware store to collect a bag of crack cocaine (millet sprays) for Murphy. I leave him head butting his mirror to David Morales 1994 dance anthem 'Needin U.' It's hosing it down with rain, and has been for most of the morning. A poster on the excellent Tony Kempster's Non League forum has advised folk to avoid the West Midlands like the plague due to worsening conditions. Halesowen Town tweet me to say they are confident that the game will go ahead.

I can barely see out the windscreen on the M6. Football in the West Midlands could be washed out today. I'm heading to my favourite hostelry of the season - the Windsor Castle in Lye, close to Halesowen. I love the flagstone floors and nook and crannies of this delightful pub. The scruffy frontage doesn't do it justice. It's Sadler's Tap House flagship pub. The beer is brewed on the premises. I plump for a pint of Boris Citrus. It's blooming gorgeous. 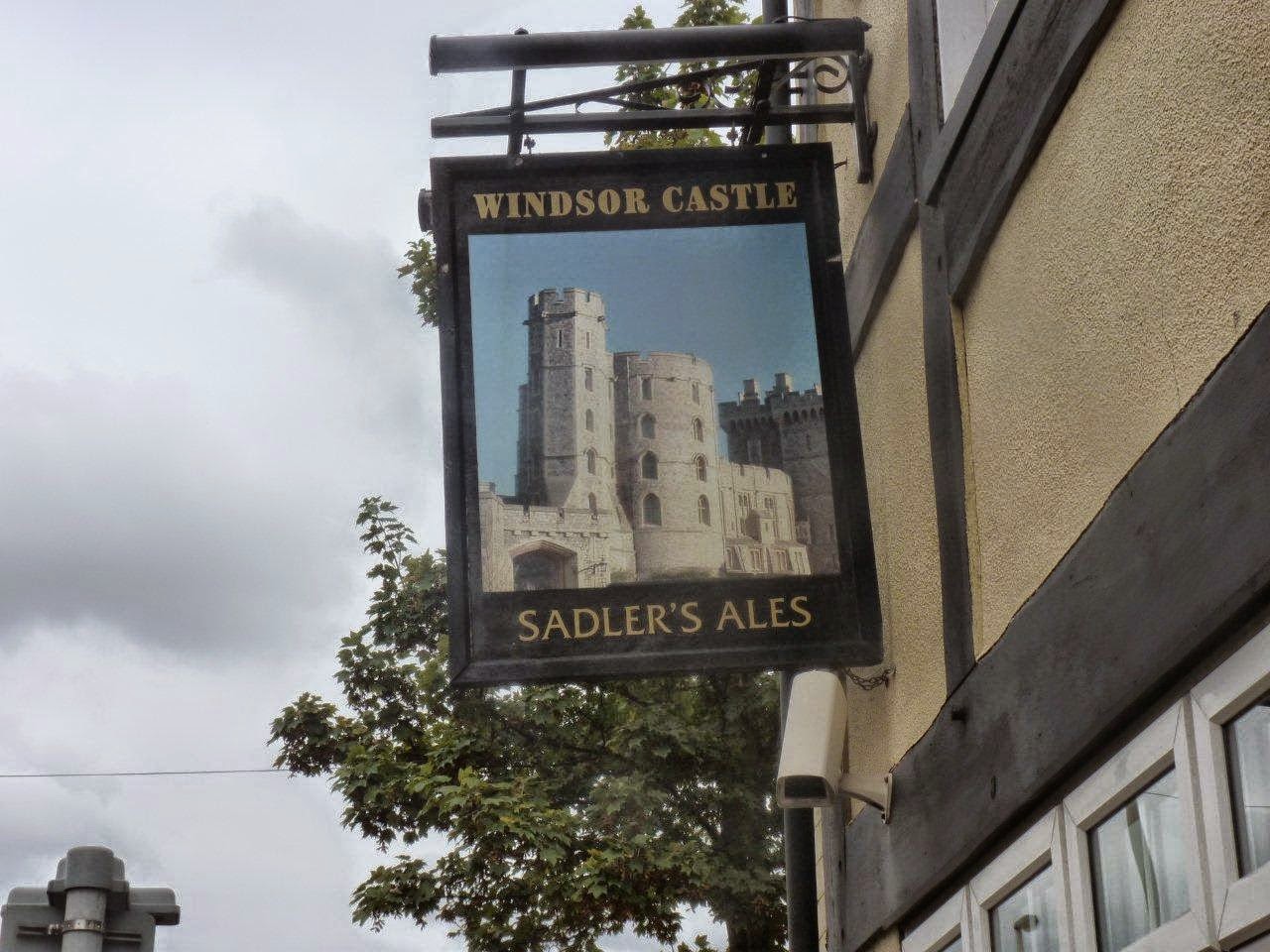 The music is outstanding and is on an iPod shuffle. It comprises of the The Buzzcocks, Bee Gees and old school Stevie Wonder. I order up a Mud City cheese sandwich, which is made locally by a cheese-maker in Worcestershire. I check my twitter timeline. Halesowen are asking for volunteers to fork the pitch.

The Grove is only a couple miles down the road. There's a hotchpotch of housing, take-aways and nail and beauty salons on the high street in Cradley Heath. I park up opposite the Yeltz Social Club. The rain has stopped and the skies have cleared.

Halesowen is in the Metropolitan Borough of Dudley. It has a population of over 50,000. It was once famous for nail-making. Sandvik's UK headquarters are in the town. Notable people from the town include former Manchester United winger Lee Sharpe and Rex Williams a World Professional Billiards Champion, who is still alive aged 81. 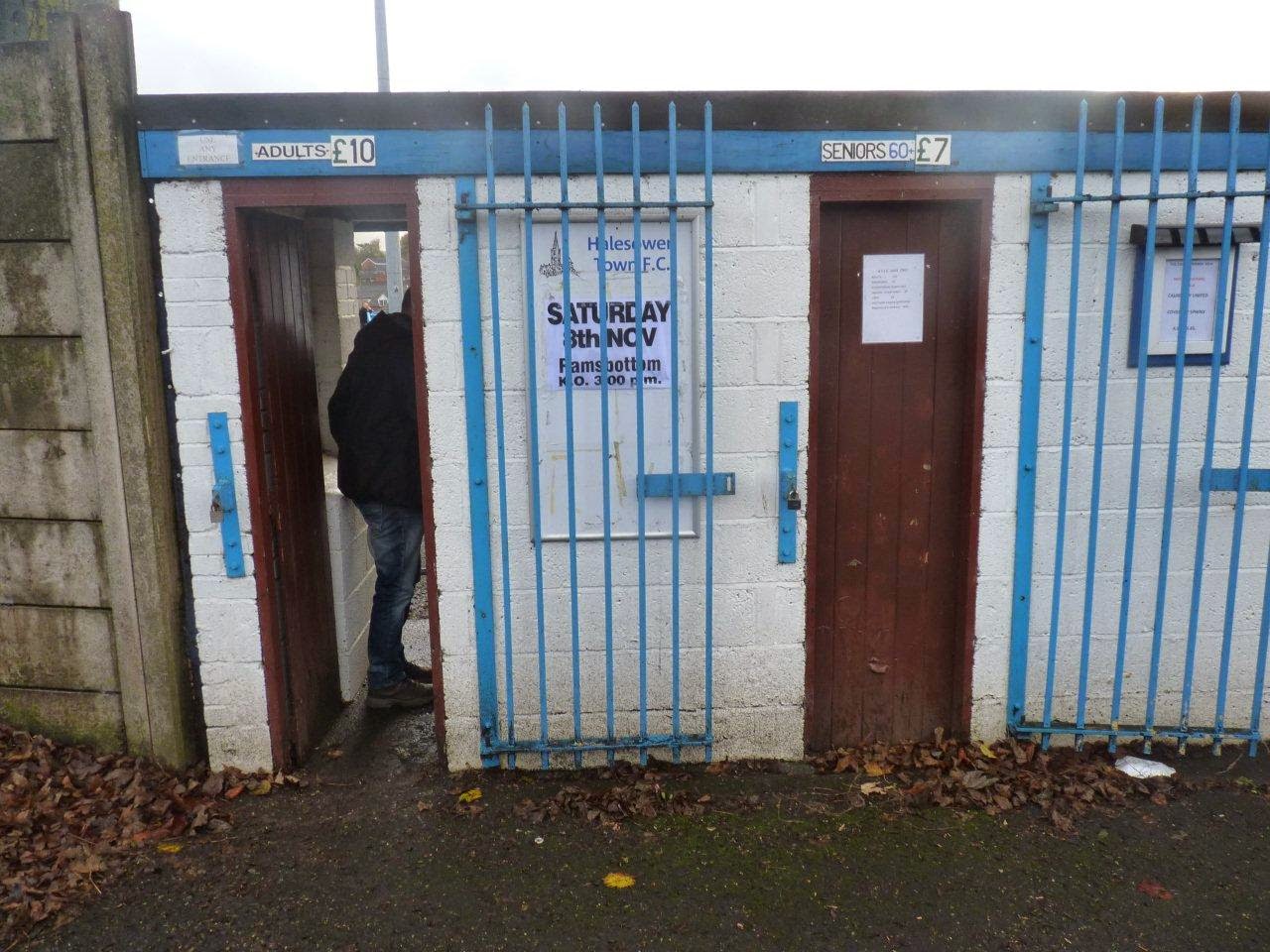 It's a £10 on the gate and £2 for a programme. The ground is outstanding for this level. I walk past a bustling bar. There are queues at the cafe and club shop. A large terrace with sky blue painted crash barriers runs along the nearest touchline. There's another open terrace behind the far goal. The Harry Rudge Stand on the far side has 420 white and blue tip-up seats. Behind nearest goal is The Shed which is covered and the preferred choice of most folk today, who are trying to avoid the biting wind.

Ramsbottom United are today's visitors. I've heard rave reports on these guys by the north west's No.1 blogger Uwdi Krugg. One of my old favourites from Runcorn Town, Scott Burton is in Rammy's midfield. They are flying high in 3rd position in the Evostik Premier League. 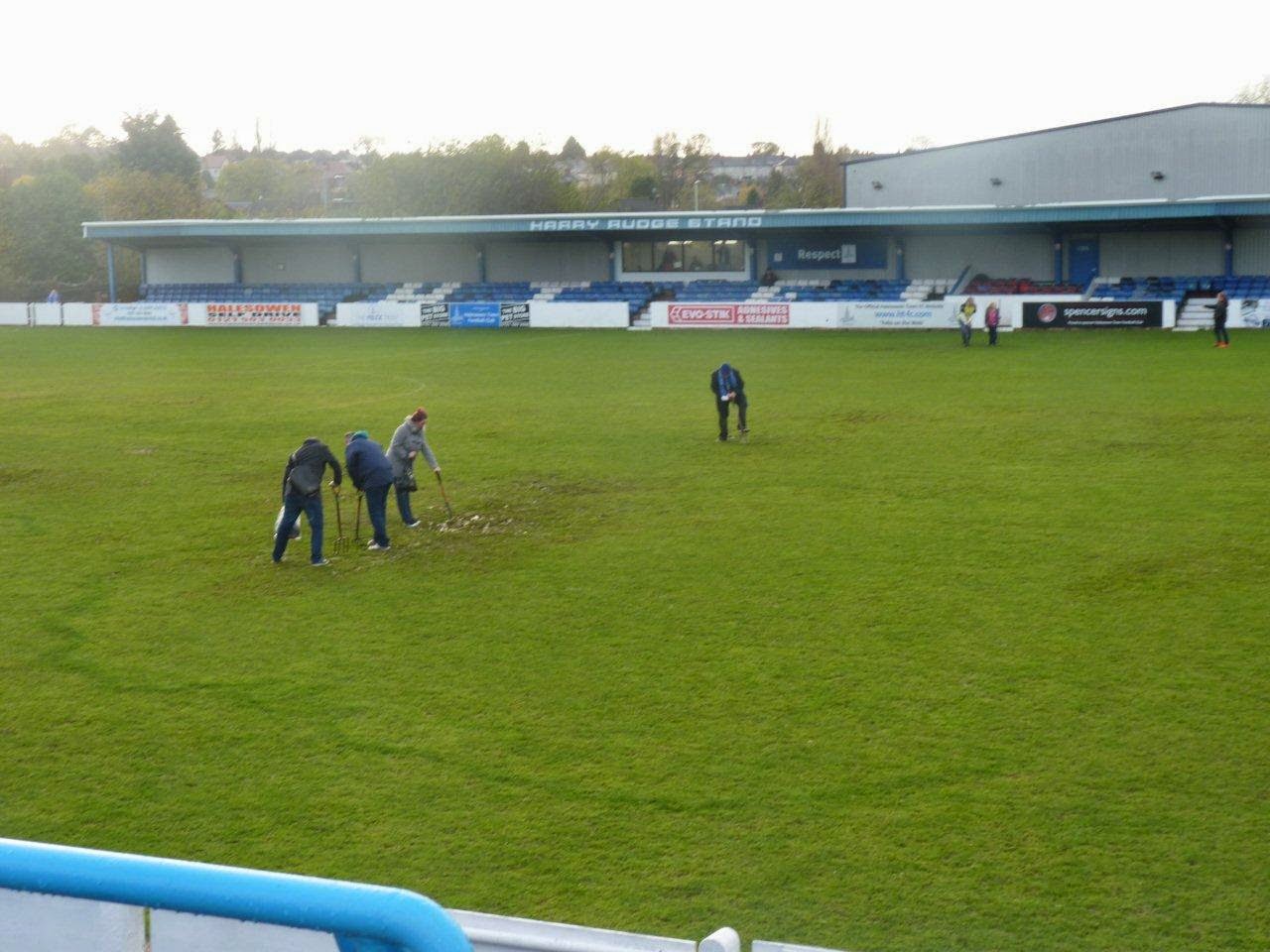 Rammy are slow out the blocks. The Yeltz take the lead in bizarre circumstances. A sloppy backpass finds former Mansfield Town striker Iyseden Christie lurking near the penalty area. The wily old fox  pounces onto the opportunity and buries his shot emphatically into the back of the net. Christie bagged six goals in an FA Cup tie earlier in the season.

The Yeltz gain momentum and look likely to increase their lead. Rammy are bloody awful and toothless up front. They play with little width. Halesowen score again on the stroke of half time through Elliot Turner. Rammy almost reduce the deficit immediately with the move of the game, the final shot is tipped over the bar spectacularly by the home 'keeper.

Norwich are beating Forest; Murphy will be having a fit. Lincoln, my team, are losing at Eastleigh in the FA Cup. I notice that the tie between Weston Super-Mare and Doncaster Rovers was called off twenty minutes before kick-off. Those poor Donny fans have made a 400 mile round trip for nothing. I hope the club look after them. 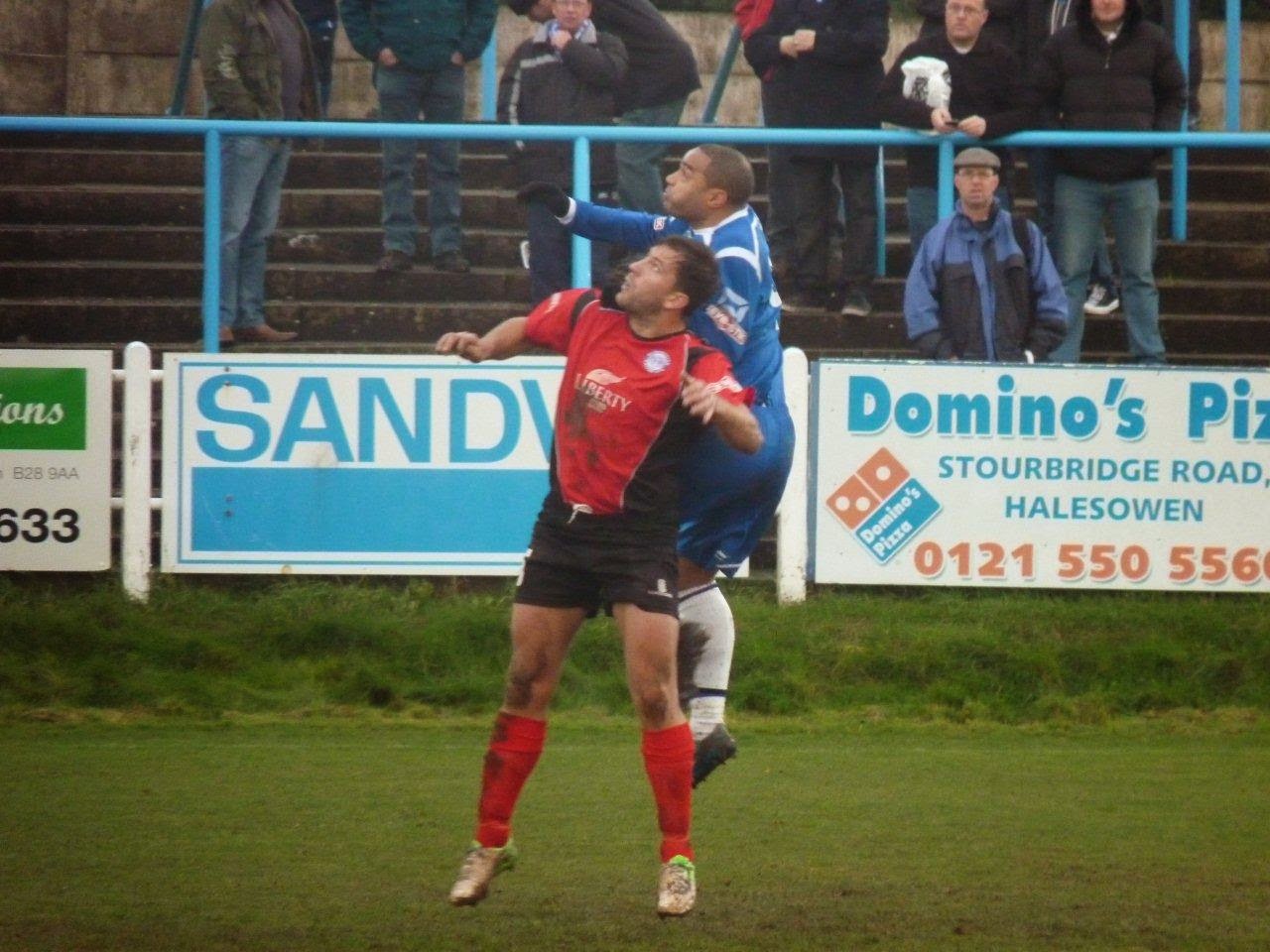 Rammy must have had a right royal rollicking. They lift their game. Scott Burton is all over the pitch. He has poise, style and a change of pace. He bosses the midfield. The football they play is too tippy tappy for this gluepot of a surface. The crossing, creativity and end product is poor from the visitors.

The away fans are different class. They sing 'Oh Rammy United to the White Stripes 'Seven Nation Army.' They greet a goal chalked off for offside with a chorus of 'We thought we had scored, we were wrong, we were wrong. They make me chuckle.

There are a few scares in the Halesowen penalty box, but they fully deserve their win, often looking dangerous on the counter-attack. I bump into a Rammy fan on the way out. He is scathing about team selection and says Rammy played without fight or energy.

I check the final scores. Two late goals by NFFC have done for Norwich and Lincoln have been dumped out the FA Cup with a last gasp winner. It's a bad day at the office for Murphy and Sticky.

Man of the Match: Kristian Green

Many thanks to the volunteers who made this game possible.
Posted by Sticky at 4:21 PM