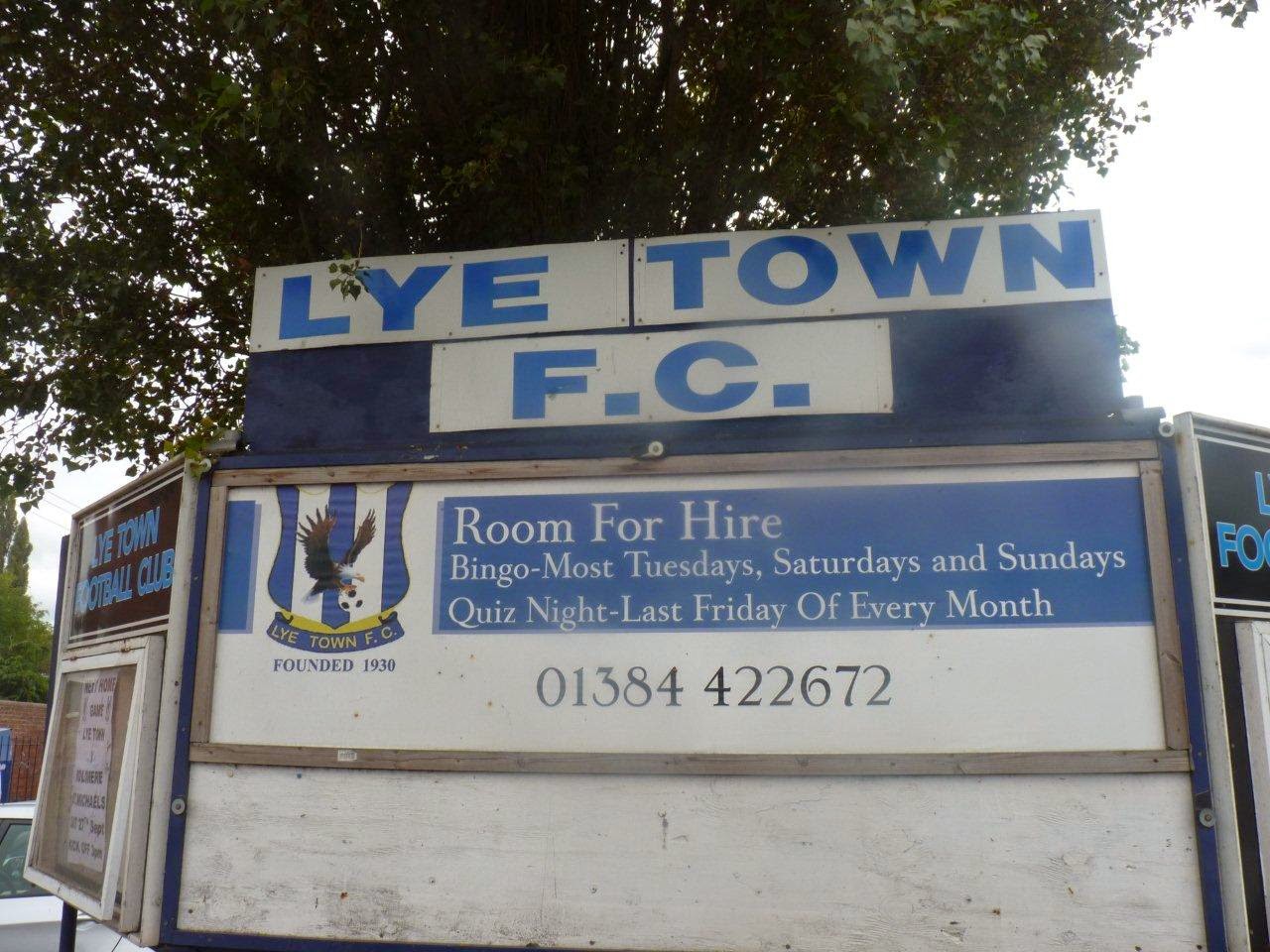 Murphy the budgie is in a particularly vicious and menacing mood. He headbutts his mirror throughout EastEnders. It's hard to know whose mood swing is worse - Murph or Phil Mitchell. There's a reason for all these shenanigans.

Murph's hero is Radio 2 newsreader, lottery ball announcer and Strictly Come Dancing PA man Alan Dedicoat. He's dedicated to Dedicoat. He whistles through all his news bulletins on Radio 2 each day. We asked for a retweet on Twitter from 'Dedders' the other week, but never heard a sausage. He's been in a filthy mood since.

I leave him listening on Saturday morning to his other hero, Brian Matthew, on his Sound of the 60s show on Radio 2. 'The Skipper' is riding shotgun. He's playing for the most famous club in Nottinghamshire, Clifton All-Whites. Last week we did a 170 mile round trip when they played out Kidderminster way in the Midland Junior Premier League. Today is a home game v Grantham Town U17s. I've an hour to kill before kick off. I'd usually be scouting for the Pies, like I have for the last 7 years, but not today. I drive back into the village of Ruddington, where one or two Nottingham Forest players live. I devour a bacon, egg and tomato cob, before returning to Clifton to see my lad put in a good performance for an hour, before his team lose their shape and run out of steam as Grantham Town deservedly win the game 3-1.

Blog legend Trumpy Bolton calls in to firm up details of a groundhop on November 1st. He's clocked a couple of new pubs in Staffordshire and north Notts that he would like to tick-off.

A trip through England's second biggest city is always met with trepidation. The A42, M42, M6 and M5 are free-flowing, with no congestion. I'm accompanied by 'This Charming Man' by The Smiths on Radio 2. I clock Halesowen Town's ground on my right, as I head into Cradley. The Cradley Labour Club  has letters missing from its sign, like the Fawlty Towers hotel in Torquay or Sunshine Desserts in The Fall and Rise of Reginald Perrin. Their saving grace is that they hold a Northern Soul night on the first Saturday of each month. 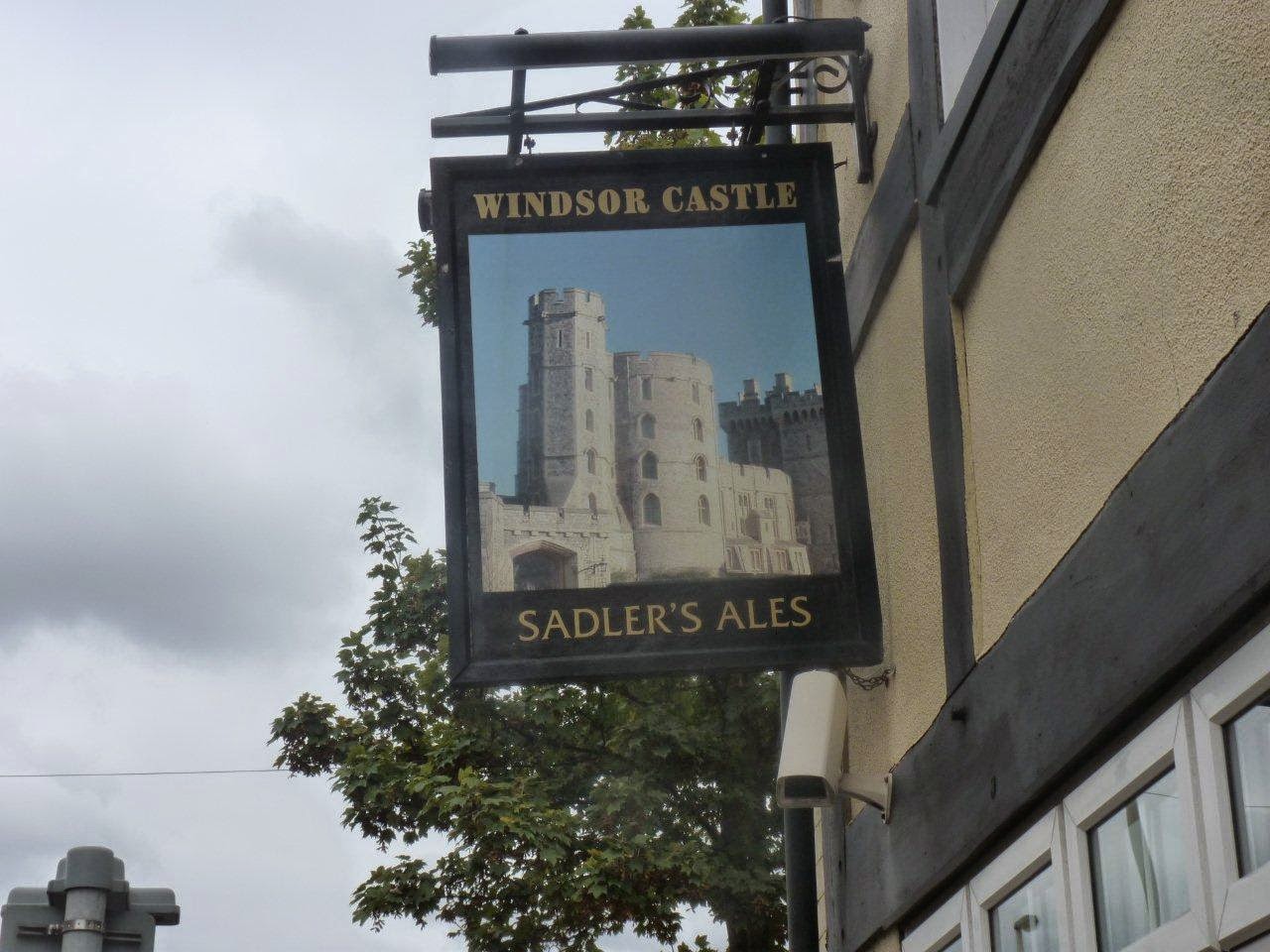 The High Street in Lye is uncompromising, but not without character. I've heard rave reviews about the Windsor Castle. Tom Tom shows me the chequered flag. I park in Travis Perkins and walk up the road. A workman is painting a sign outside the pub. The paint on the front door is flaking away. The door is bolted. Benny Hawkins from Crossroads indicates with his thumb that the entrance is at the rear of the pub.

There's a rustic feel about the place on entry. I love the stone floor in the public bar and the hidey holes where people dine. I opt for a pint of  Sadler's Mellow Yellow. A smoked salmon sandwich stuffed with cream cheese, salad with a small portion of fresh chips is a steal for less than £6. The place is bustling with folk, with Kylie Minogue's 'Better the Devil You Know' getting a few folks feet tapping. 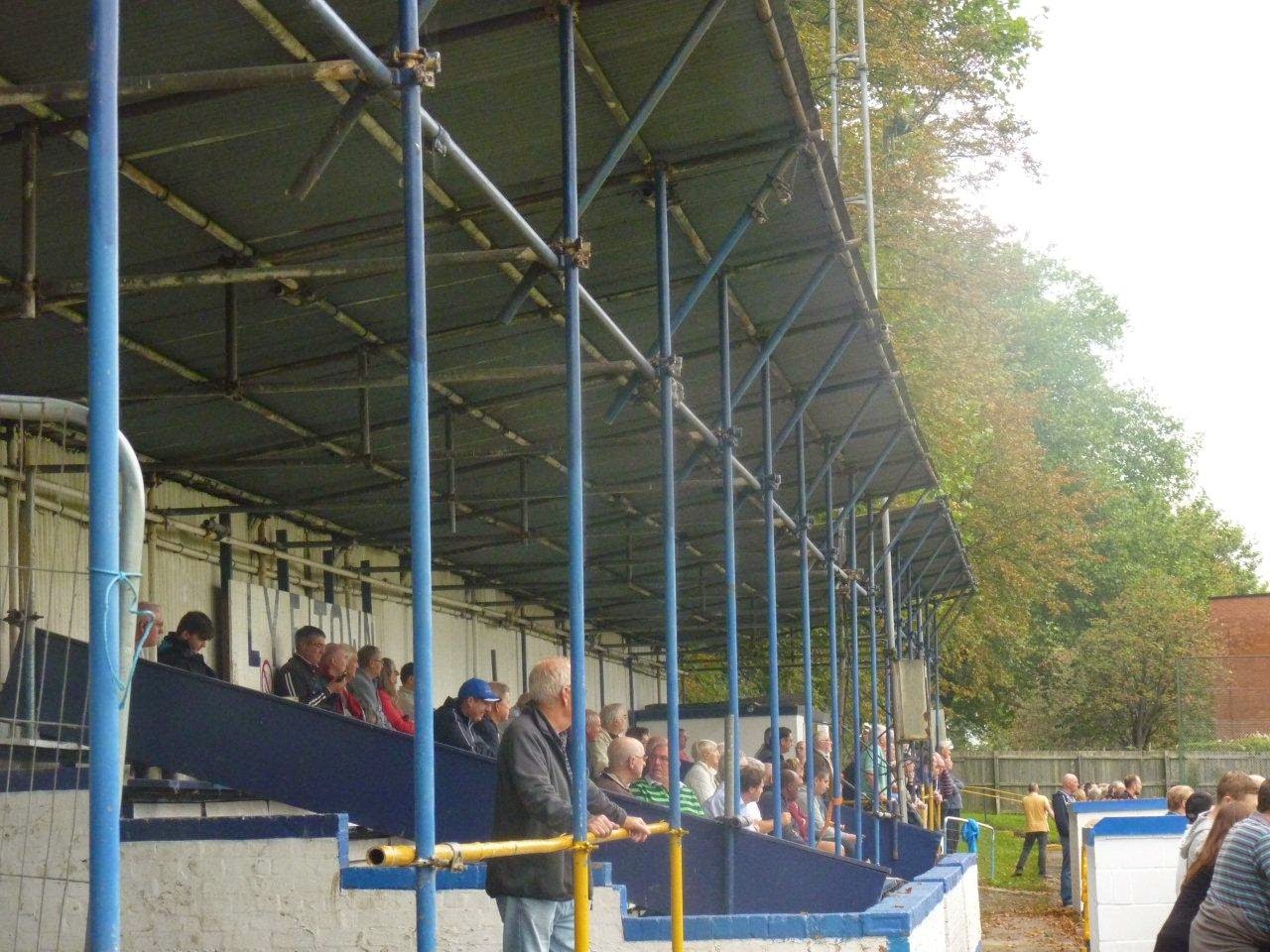 An eccentric, rather well-spoken lady, with a loud voice, is sharing a table for two with a friend. Her opinions are aired for all to hear on David Cameron and Ed Milliband. She scarcely draws for breath. Her companion can't get a word in edgeways. The Daily Mail and Jeremy Vine Show will be grateful for her letters and calls. She asks the waitress for a spoon change. Unable to scoop up her fancy choice of dish.

The whiff of hops and yeast from the Sadler's Brewery are in the air as I make the short journey to Lye Town FC's Sports Ground, who they share with the Cricket Club on Stourbridge Road.

It's £5 on the gate and £1 for a programme that is below average, with little information for the away supporter or neutral. The ground is a beauty. It has a modern clubhouse, unusual stands and raised grass banking behind the far goal. I'm told that Morrison's supermarket have bought this land. It will be like a dagger through the heart of the community if the cricket club and football club are shunted out of town to a soulless sports complex next to a noisy by-pass. 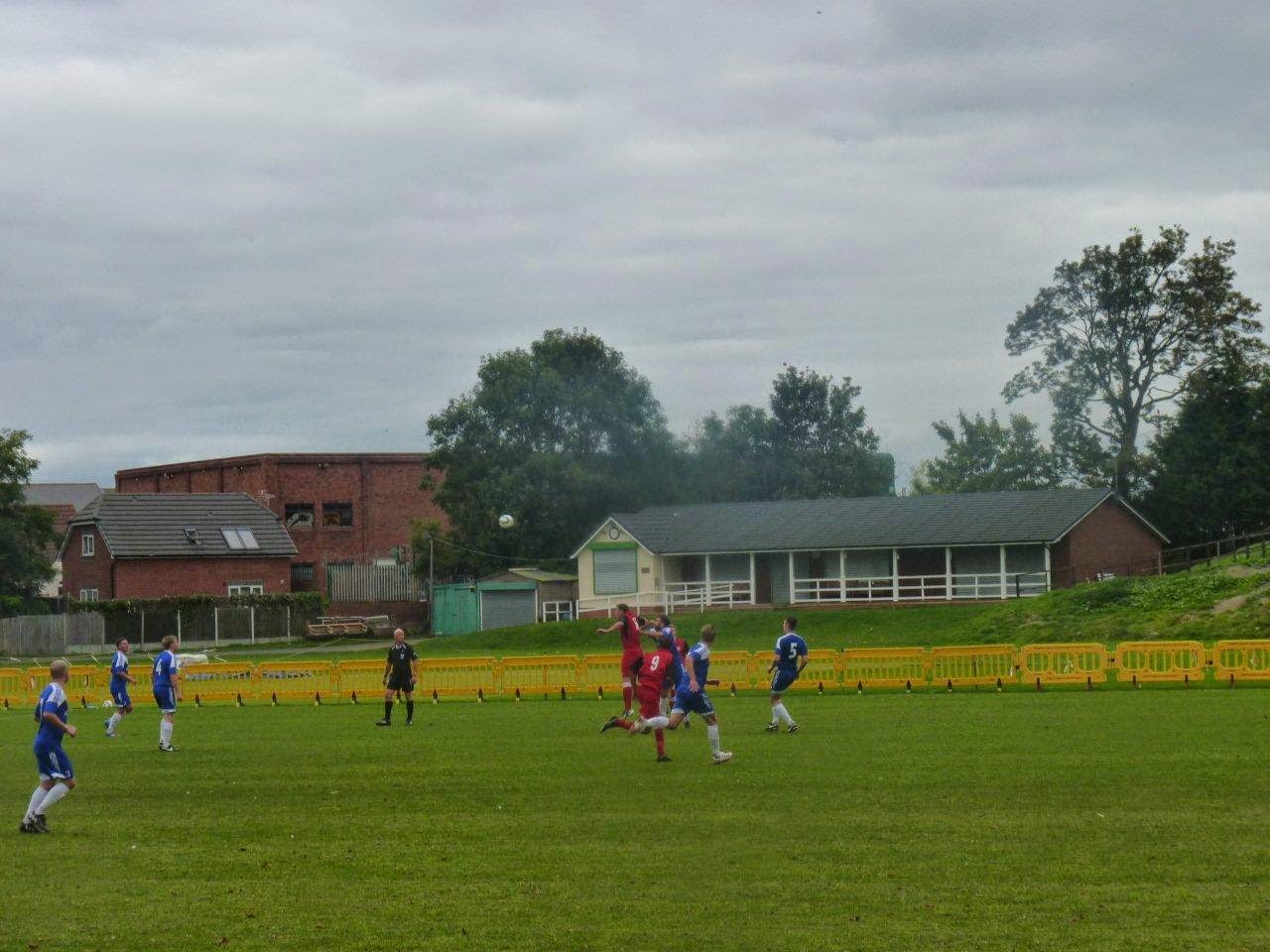 I stand on the popular side looking out at the shuttered up cricket pavilion, sight screens and covers. The game is enthralling and entertaining; you can't take your eyes off it for a moment. Groundhopper has already had his grubby mitts on the ball, when Lye take the lead with a mishit cross from the left ending up in the top corner of the net. The reply is instant, with a cleverly flighted free kick nodded home at the far post.

I check the half-times with a polysteyrene cup full of Dowe Egberts coffee.  Lincoln are cruising, Notts County are one to the good against the Spirerites, whilst the deadlock is yet to be broken at The City Ground. A howler from Lye's 'keeper puts the visitors 2-1 up. This is extended against the run  of play with 10 minutes go.

I stretch my legs and take the long walk to the Clubhouse past the picnic tables and park benches as that Mellow Yellow and Dowe Egberts have taken its toll on poor old Sticky. The ladies behind the bar are warming up a delightful homemade curry for the players after the game.

Lye pull one back and miss a host of chances to grab a draw, or even win, in the most entertaining game I've seen this season. I even manage another touch of the matchball before the referee blows the final whistle.

Man of the Match: Windsor Castle
Posted by Sticky at 7:03 PM