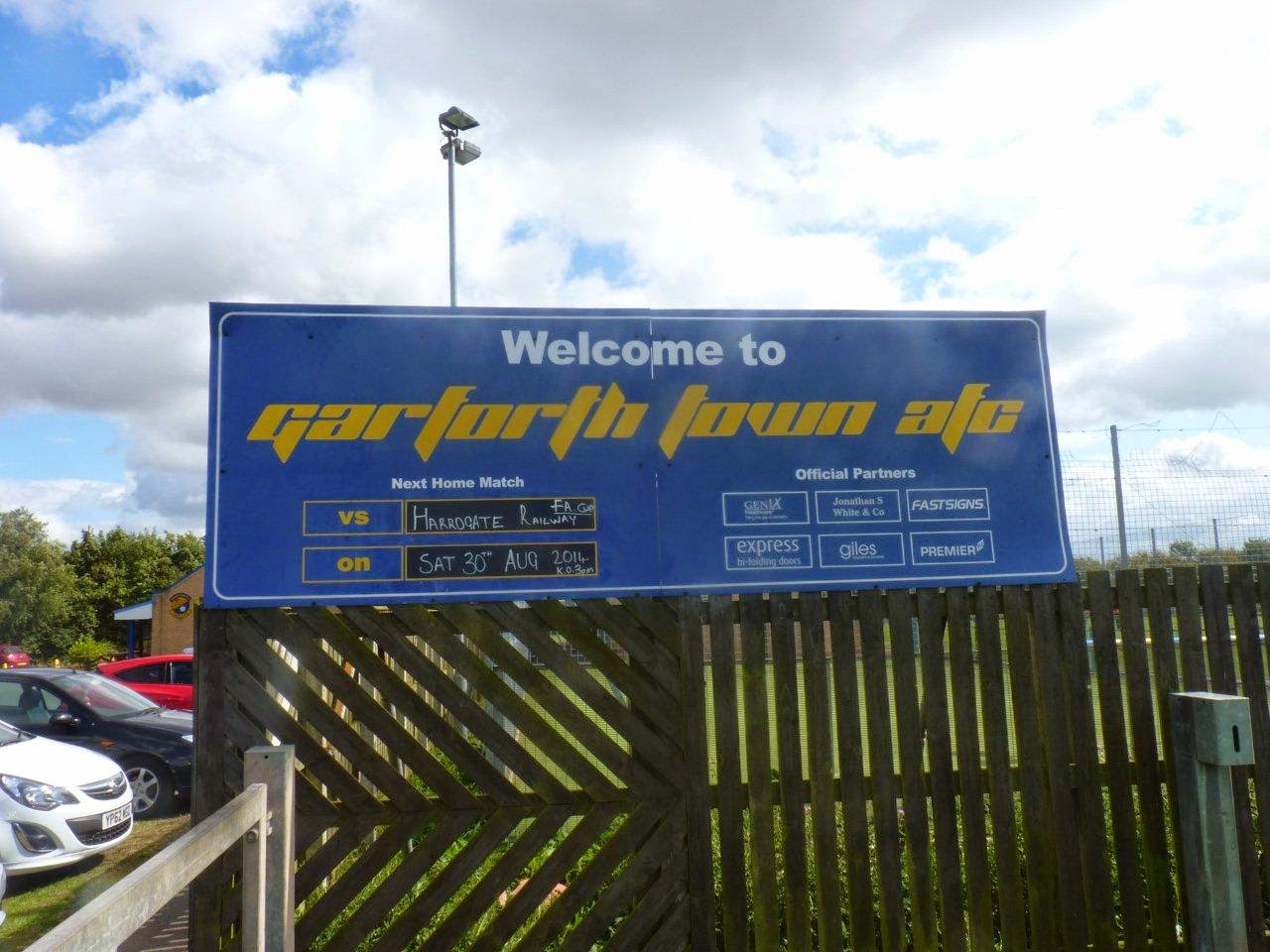 It's Friday tea-time and I'm driving from work up the A60 from Loughborough to Nottingham. I'd be normally looking forward to a cold Stella, some 6 Music and a read of the Nottingham Post. Something's preying on my mind though. It has sent shivers down my spine for most of the day.

I burst through the back door and scamper up the stairs. I put on a vest and a pair of shorts and borrow Sticky junior's dressing gown. I walk out the back door and down the garden steps to the Rocky theme tune. I partake in a brief bout of shadow boxing, followed by the 'Sticky Shuffle.'

I plonk myself down in a garden chair. Junior is like the smiling assassin. Even that crap Non League tipster, Finley the rabbit, is having a ringside chuckle.  The bucket of ice cold water is tipped on top of my head. I don't squeal or show a flicker of emotion; the reason being I can't get my breath. Thank God that is over. 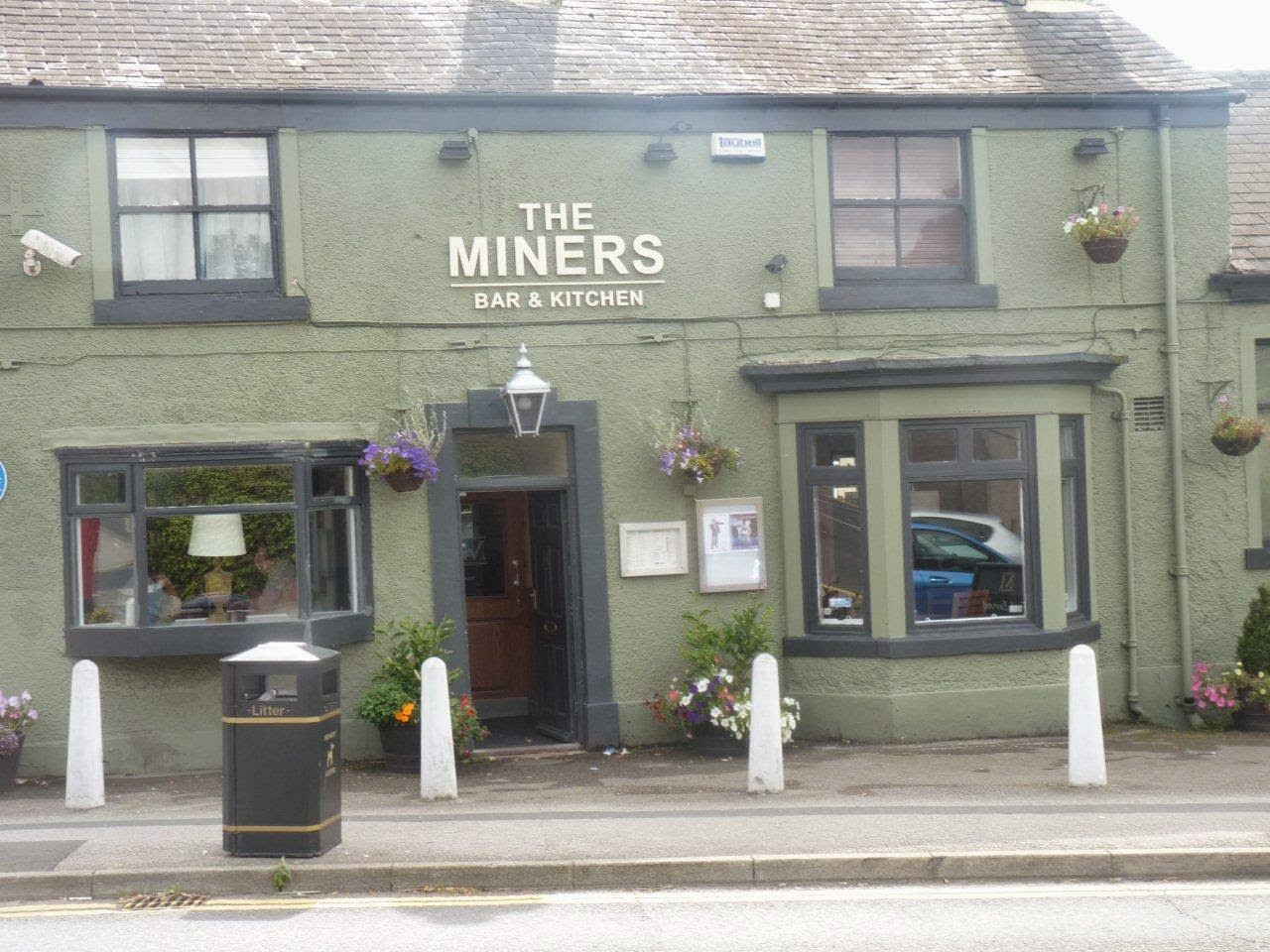 I get out of bed on Saturday morning, feeling my calf. Looks like I've picked up an injury following the 'Sticky Shuffle.' I'm out the door pretty damn quick. I've a few junior football games to watch before the trip up north.

I spot a couple of pubs on Nuthall Road in Bobbers Mill that I need to chalk off - the Nags Head and The Whitemoor. AA Routefinder has suggested the best route to Garforth is up the A1. I've had some rotten luck on that bloody road just lately. I stick on the M1 and its laborious stretches of 50mph speed limit. I exit at Junction 46 and join the A63 towards Selby.

Garforth is a town within the City of Leeds Metropolitan Borough in West Yorkshire. It has a population just shy of 25,000. Like many places in the north, it relied heavily on the coal mining industry. Kaiser Chiefs guitarist Andrew White was brought up in the town. 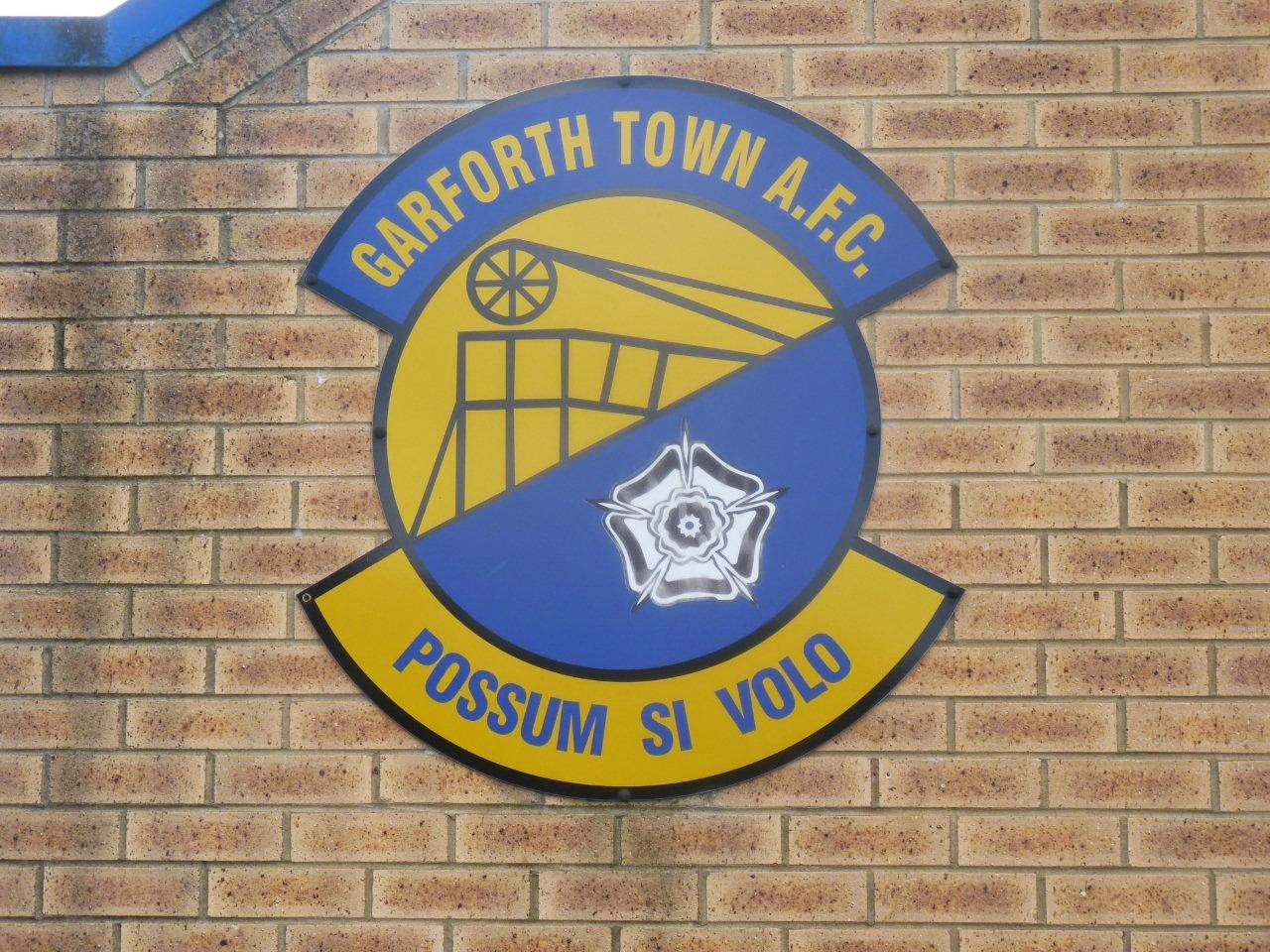 I'm struggling for a decent boozer out the Good Pub Guide. I pull into the Miners Bar and Kitchen,
which is adjacent to a Hungry Horse pub. The place looks like it's had a bit of a revamp. A friendly barmaid pours me a pint of Distant Sun golden ale from the Caledonian Brewery. I order up a small Tex Mex. The place is hardly swamped with customers.

Jesus Christ what the hell is this. They must have nipped out to the local Iceland to fetch it. The garlic bread is cremated and the you could play hoopla with the onion rings at a local village fete. "Everything to your satisfaction sir." "Yes thanks love." It is what it is, as Billy Davies used to say, after conceding another late goal. No need for Tricky Trees fans to worry today, as they lead Sheff Wed 1-0 at Hillsborough.

I make my excuses and dart for the exit - wish I'd gone to that Hungry Horse now. Garforth Town's Wheatley Park Stadium on Cedar Drive is only a short distance away. The club were formed in 1964 and are nicknamed The Miners. In 2003 they were bought by Simon Clifford, a man who was once recruited at Southampton by Sir Clive Woodward. 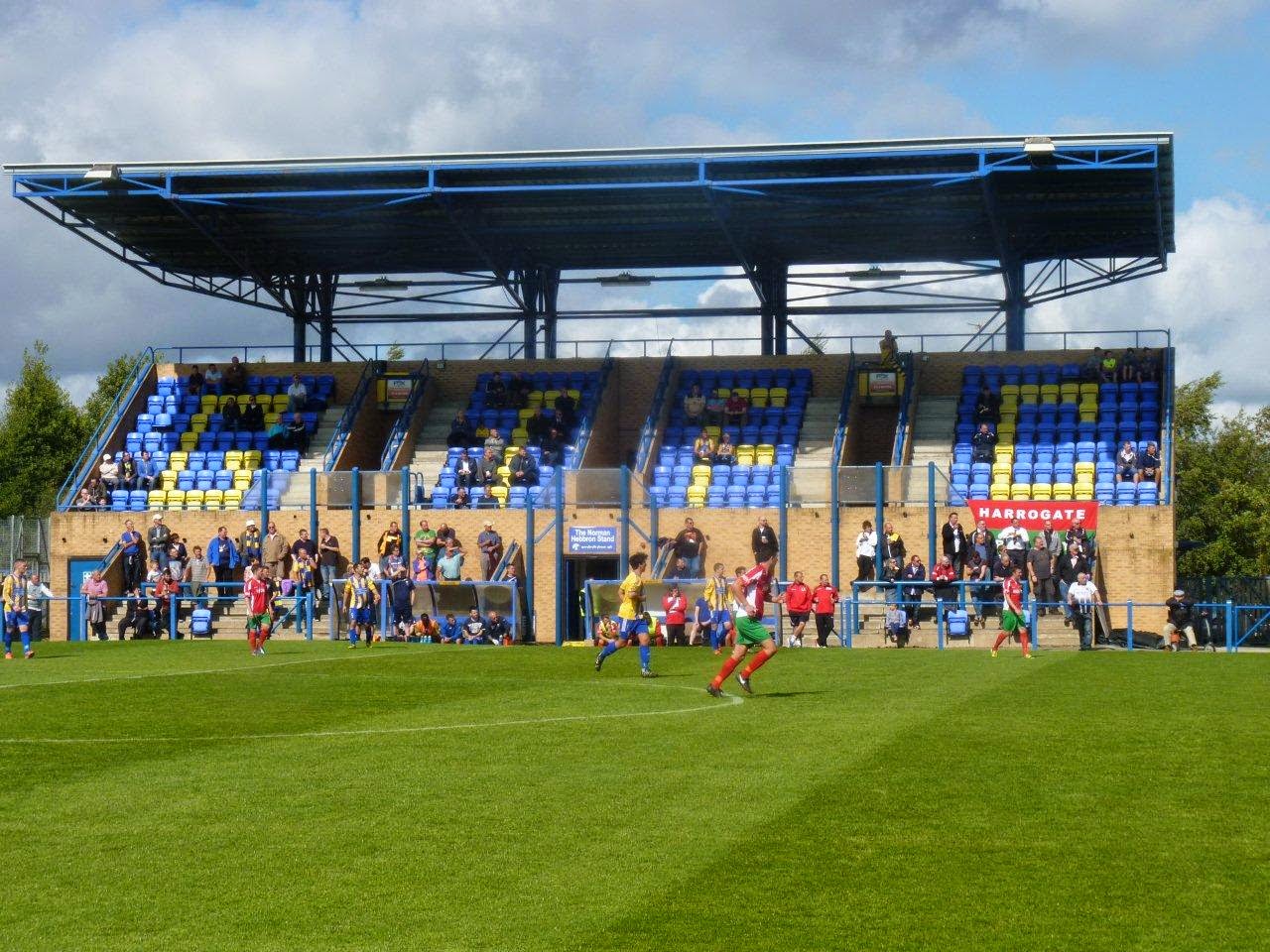 Massive press attention surrounded Garforth during Clifford's spell at the helm. Having strong connections in Brazil he managed to wheel out the legend Socrates onto the pitch for the final 12 minutes of a game against Tadcaster Albion in front of over 1300 fans. Lee Sharpe also turned out for The Miners.

In September 2010, he was up to his tricks again, announcing that Paul Gascoigne was to be named as manager. Gazza had a change of heart, though. Clifford left a legacy, including a battered old yellow van with 'Brazilian Soccer Schools' painted on the side. It is said that Manchester City's Micah Richards was discovered at one of his soccer schools. 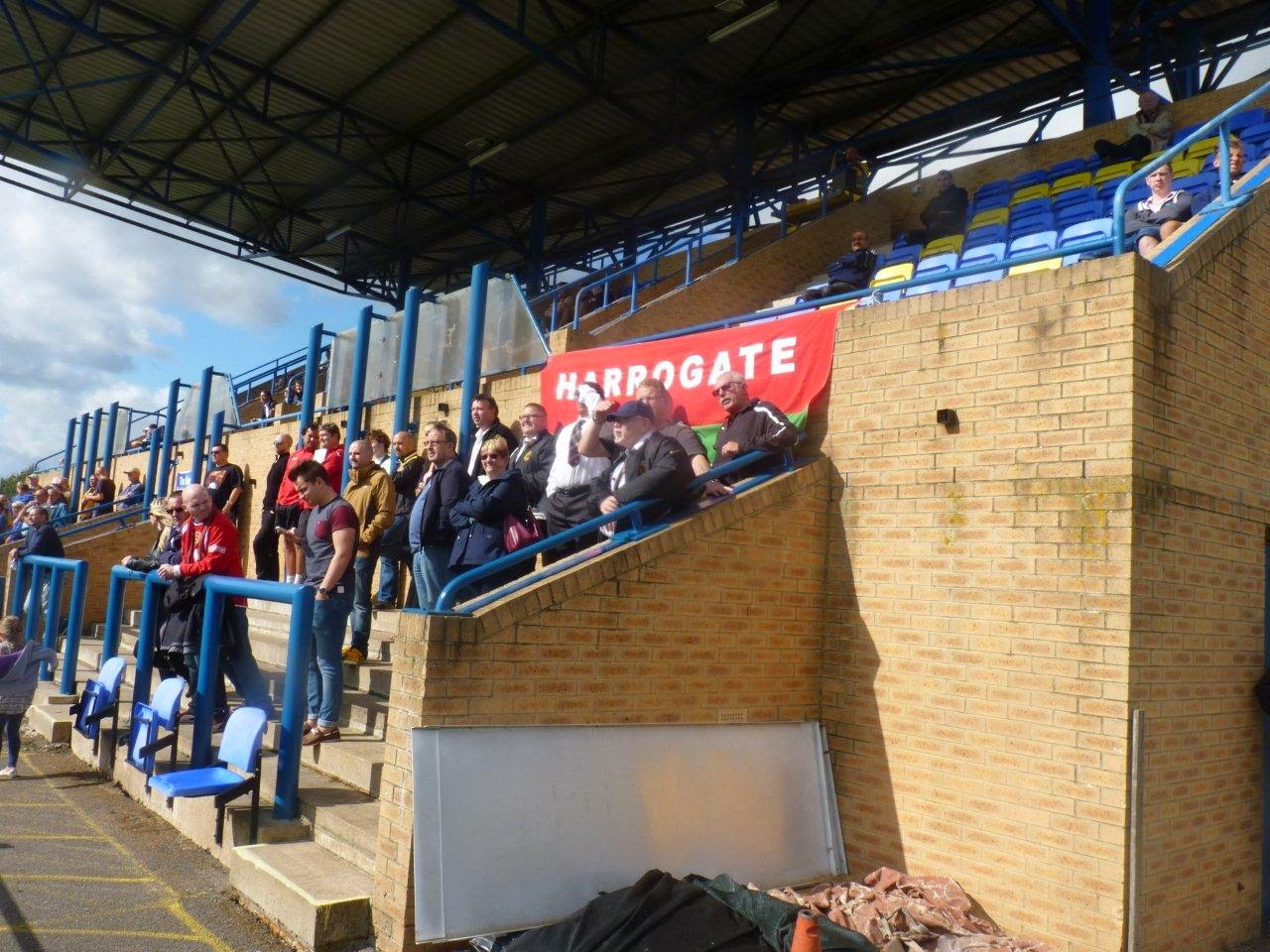 A friendly steward gives me the low-down on the Clifford era. Not been seen for a while by all accounts. I have a pint of 1664 in the bar that leaves you feeling like you've been drinking in a leisure centre. The Burnley management team of Sean Dyche and Ian Woan celebrate a point against Man Utd in the live game on TV.

It's £6 on the gate. "Sorry mate, no programmes today, trouble at the printers." That old chestnut pal, I say under my breath. The ground is fairly unremarkable apart from a large stand with an elevated view and one of the best playing surfaces I ever seen at this level.

I earwig a conversation between two Harrogate Railway officials. It seems there's been an oversight, between them the bungling fools have forgot to bring any water bottles. I stand on the far side of the pitch next to a couple of flat-cappers. Garforth's 'keeper is the tallest man on the planet - he reminds me of Zeljko Kalac who played for Martin O'Neill's Leicester City. 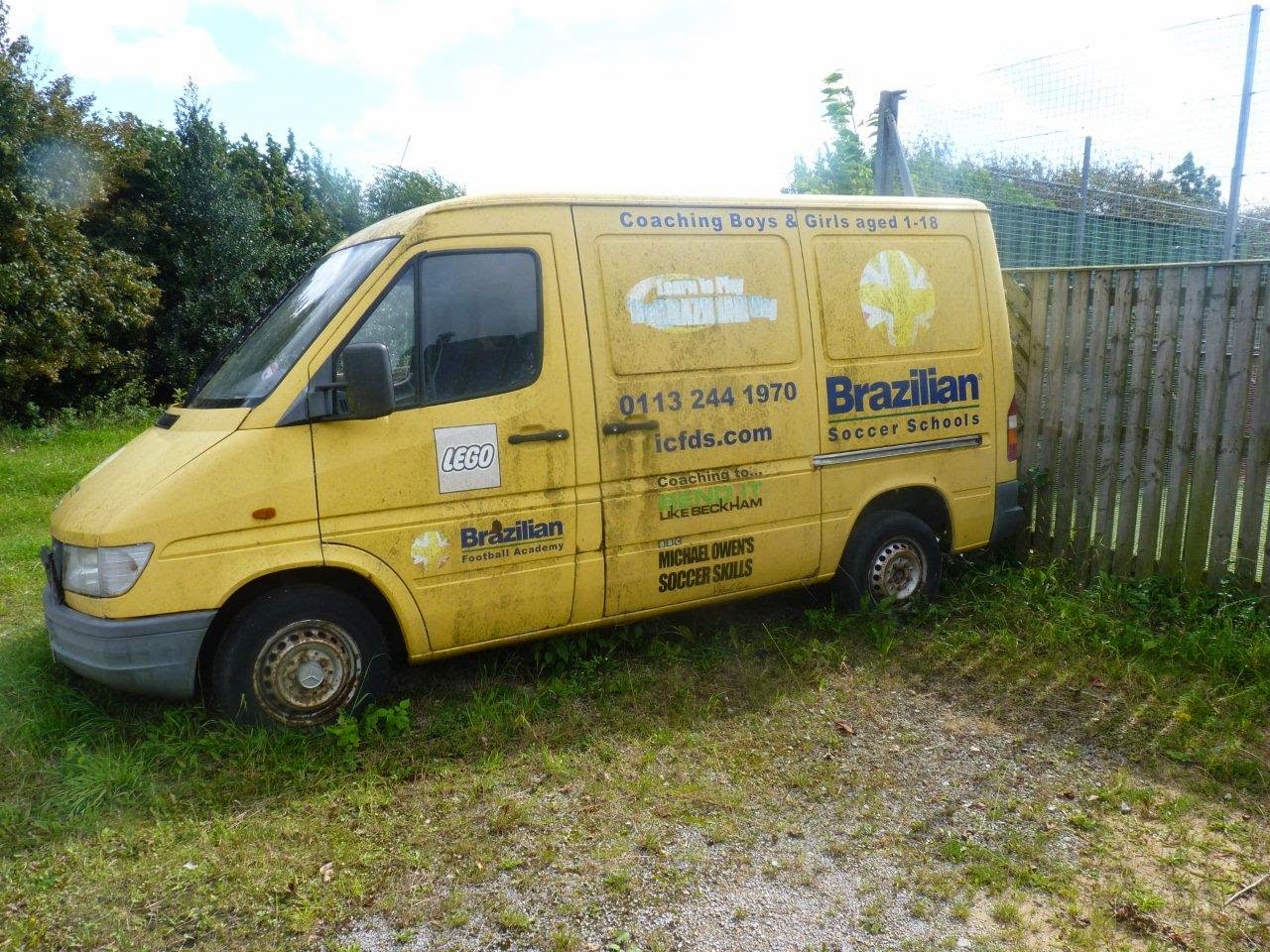 Garforth play with a stiff breeze at their backs. Passes are overhit and chances are snatched at until the 20th minute when a well-flighted free kick is headed in (looked like handball from where I'm stood) by Curtly Martin-Wyatt. Railway lose their confidence and are pleased to hear the half-time whistle. Christ on a bike, the music blasting out from the PA is amongst the worst I've heard in eight years of groundhopping. I couldn't even put a genre to it. Railway nip out to Tesco's for a 24 pack of bottled water.

The first 25 minutes of the second half is utter tosh. Neither team look like they'll score in a month of Sundays. Railway throw caution to the wind, bringing on Lamin Colley and play three up top. The boy is like a breath of fresh air. He ghosts past defenders, leaving them trailing in his wake. He sets up the equaliser for Cartman. It's a shame that Colley's left his shooting boots in the railway sidings as he scuffs, tops and shanks efforts at goal. Baker plays a give and go before firing Railway into the next round of the FA Cup.

Man of the Match: Lamin Colley