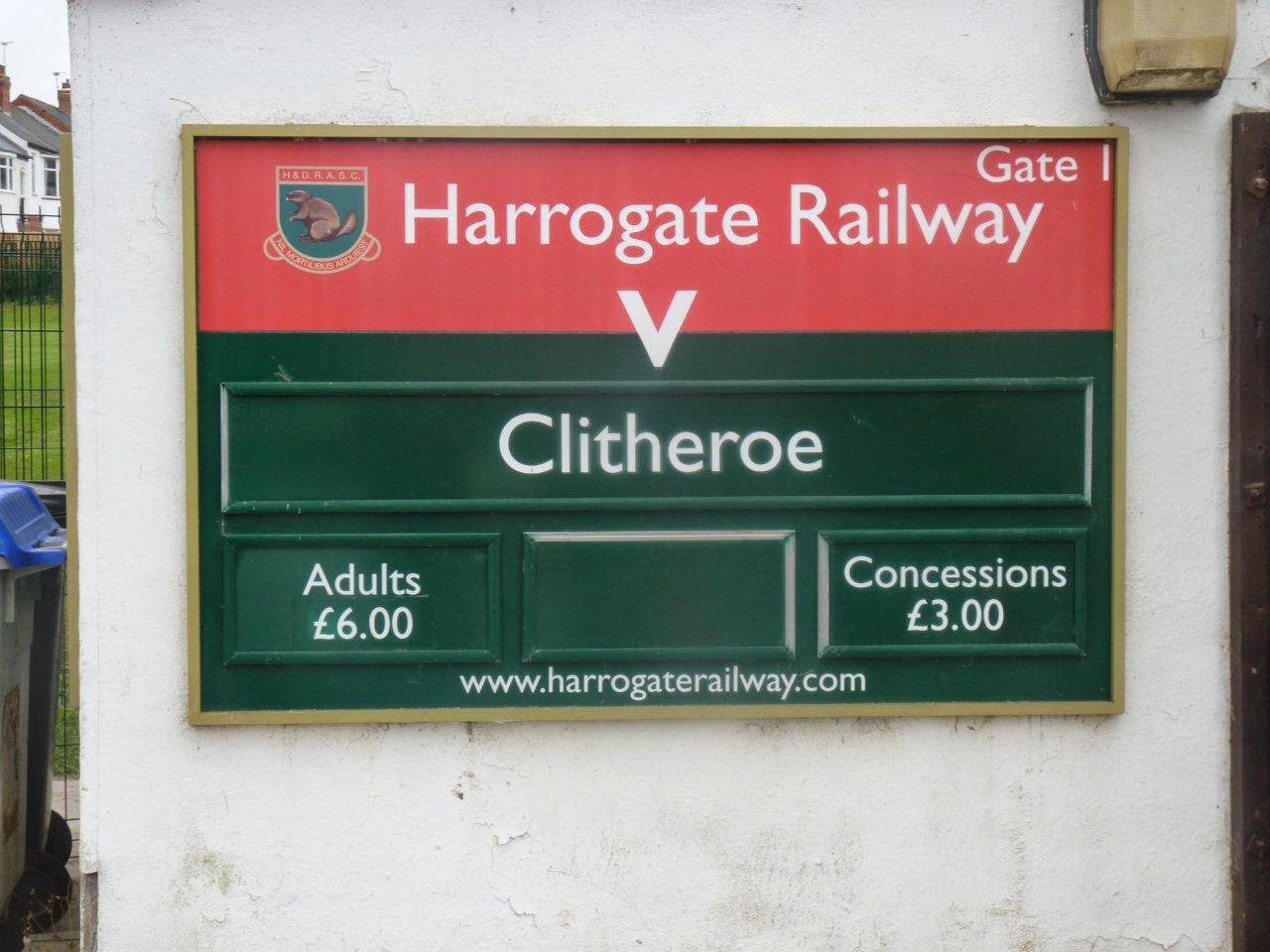 It's Friday night, most Non League fans have got FA Cup fever, Sticky has a different sort of fever. A high temperature, runny nose, hacking cough and sore throat sees me spend the night under the duvet on the sofa with Murphy the budgie for company. I'm 50/50 for tomorrow.

Not many groundhoppers with these ailments would be pulling on their Parka jacket with a furry hood, packing their rucksack, with a pristine conditioned plastic programme cover and a Tuppawear container with Marmite sandwiches, with a flask of tea. Sticky is made of sterner stuff. I pass a late fitness test carried out by Dr Finley, the rabbit. His crap Non-League tips are back open for business. He says whatever game I go to will be 2-1 to the home side.

I switch on Sky Sports. Ryan Sidebottom is celebrating Yorkshire's County Championship title at Trent Bridge. It's a ground where he has played the best cricket of his career. His 6-30 for on Friday morning has done for Notts. How they must wish they had dangled the carrot of a three year deal. 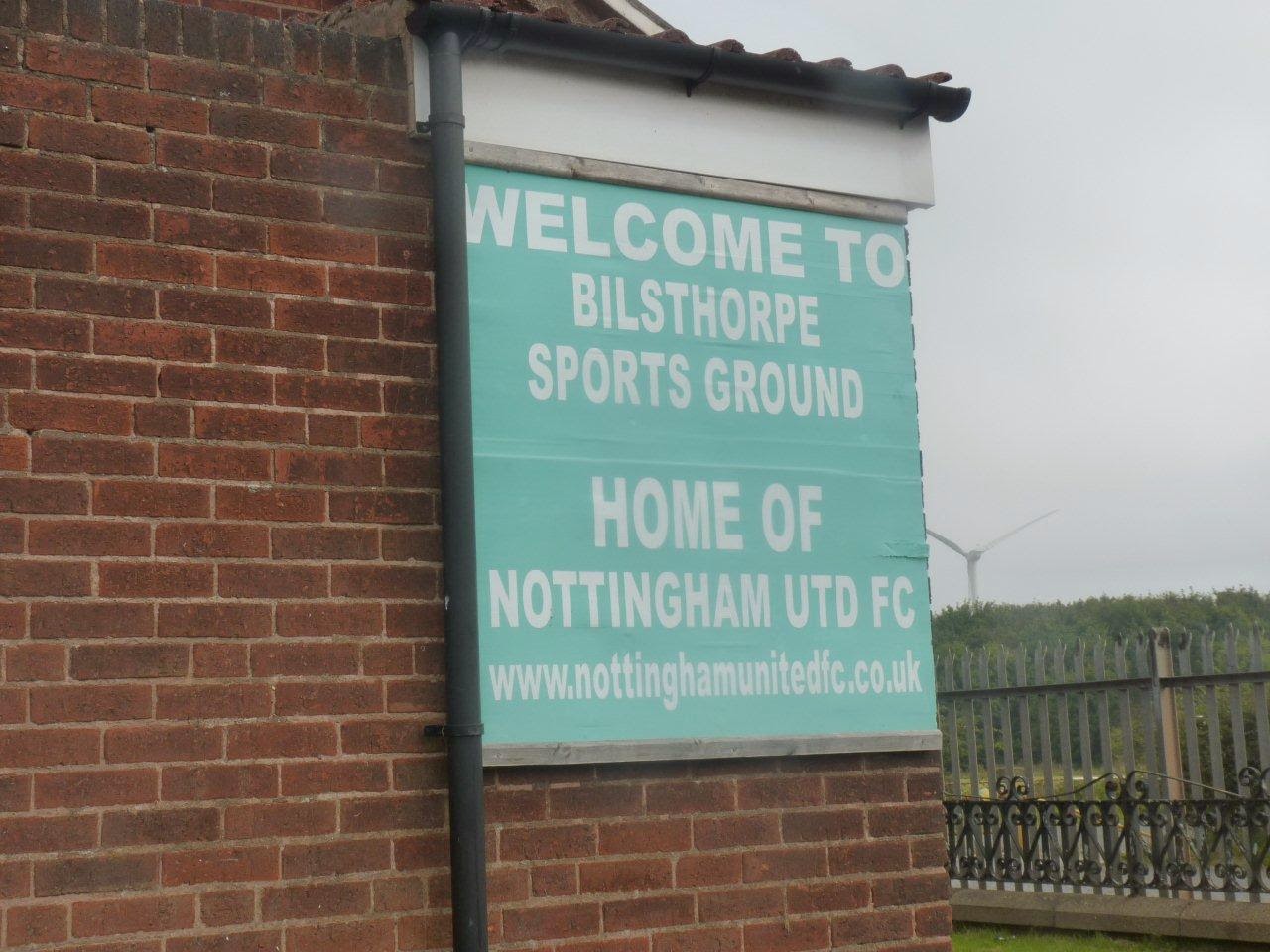 I hurtle down the A46, A6097 and up the A614 into north Notts. I turn right into the old mining village of Bilsthorpe, where in 1993 three miners died after a roof caved in. I pitch up at the Bilsthorpe Sports Ground and view a youth game. I've already made my mind up to travel to North Yorkshire to watch Railway v Clitheroe.

Blackburn Rovers supporter and comedian Lee Mack is on Radio 2. Big Audio Dynamite is booming out the radio speakers as I sail up the A1. I overtake the Boston United team coach which is on its way to Stockport County. The Pilgrims suffered a 7-1 midweek home defeat to Oxford City, who the previous Saturday were thumped 8-1 at home to AFC Fylde.

Tom Tom has a Dicky fit and brings me off a junction too early. After negotiating a few tight bends I soon hit the spa town of Harrogate. It has a population of 75,000 and in 1982 hosted the Eurovision Song Contest. Notable people born in the town include: footballers Andy O'Brien and John Scales, actor Hugo Speer and commentator Jon Champion. Electro-Techno band Utah Saints are from Harrogate. 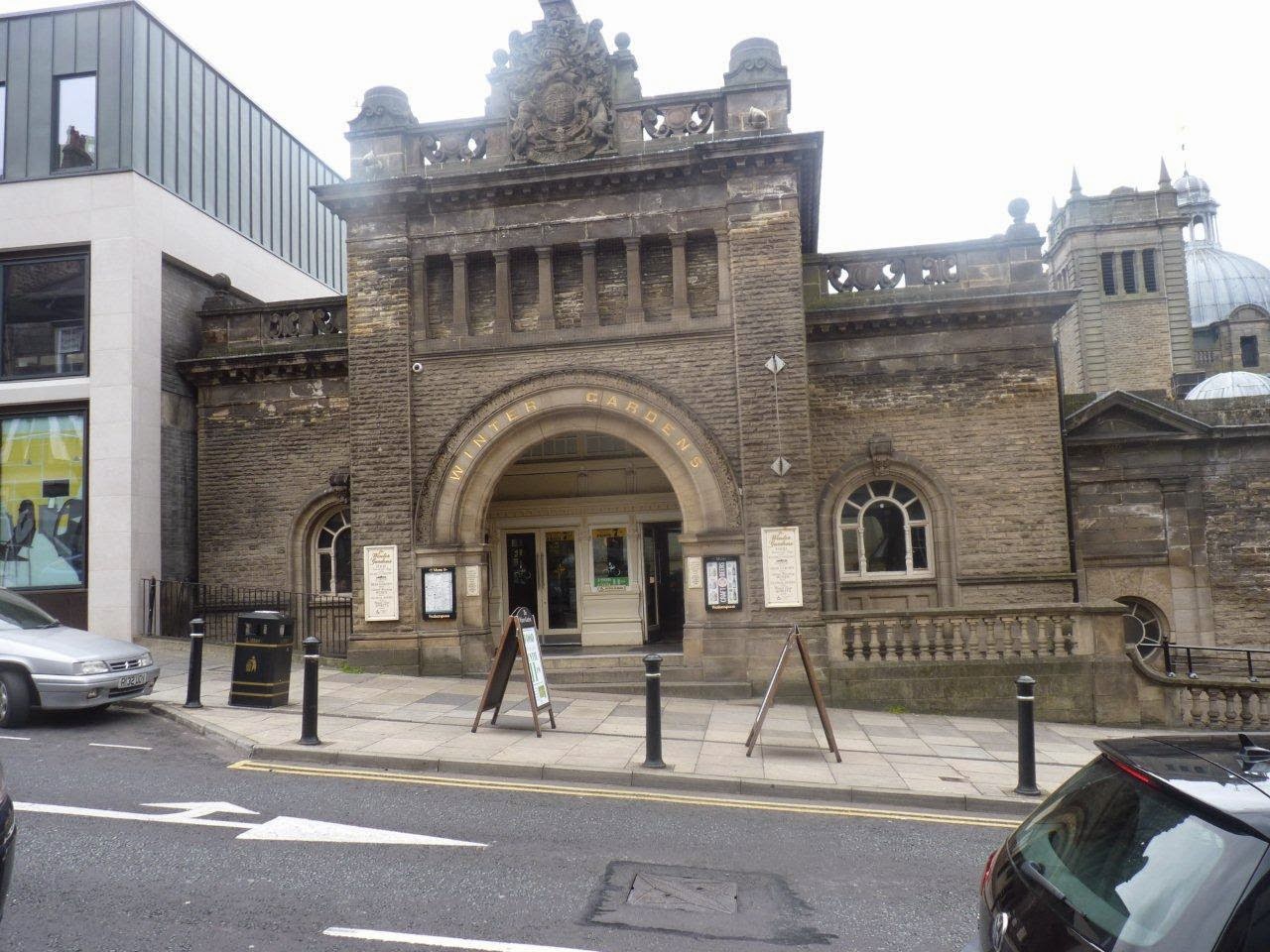 I pass Harrogate Town's Wetherby Road ground on my right. It's a hefty £12 on the gate for their game against Solihull Moors. Customers spill out onto the pavement as they queue for lunch at Betty's Tea Rooms. I clock a short stay car park in the town centre. Just around the corner is the Royal Baths. Wetherspoons have transformed a former ballroom into a pub called the Winter Gardens. There is a large dining area and upper gallery.

The service is sloppy and the barmaid is surly. The real ale situation is an omnishambles. The Ruddles and London Pride are off. A sulking Sticky Palms settles for a pint of Stella Artois. I return to the bar ten minutes later to order up a sandwich. Staff are swanning around looking disinterested. The Bar Manager couldn't give two hoots. I down my Stella and head for the door. I can't even be bothered to fire off a complaining tweet to J D Wetherspoons. 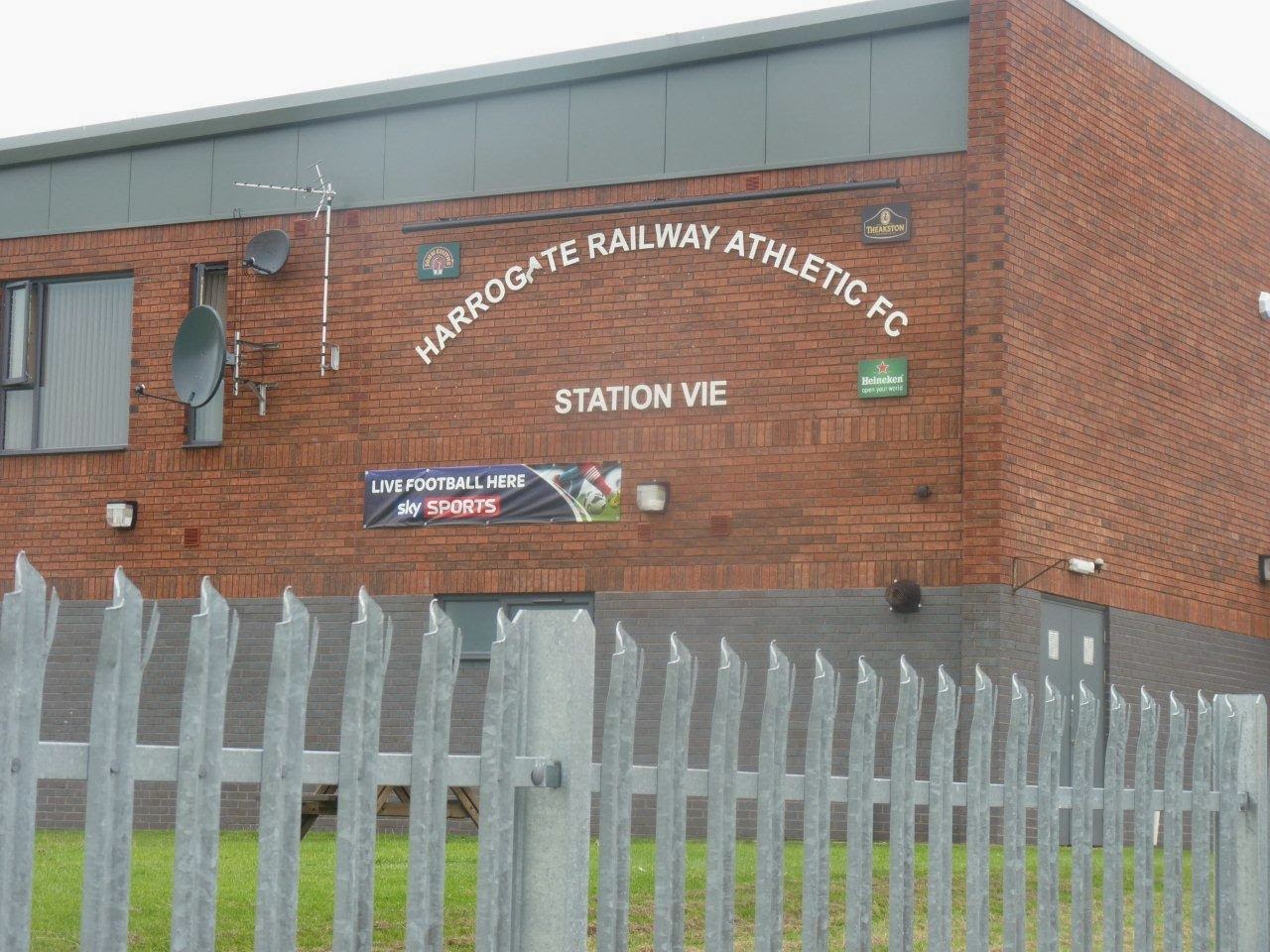 Railway's Station View ground is on the edge of town in an area known as Starbeck. I wanted a second view after seeing them knockout Garforth Town in the previous round. I take a stroll around Starbeck, admiring the terraced housing and tight streets.

It's £6 on the gate and £1.50 for the programme of the season It has a nice little quiz question: Who was the first foreign manager to win the FA Cup? The ground has bags of soul and character. There's a large red-bricked, two-tiered clubhouse adjacent to the car park. Behind the dugouts on the far side is the raised Shaun Glenn Stand. I take a pew and strike up a conversation with a guy who reminds me of how vital, financially, this game is to Railway. 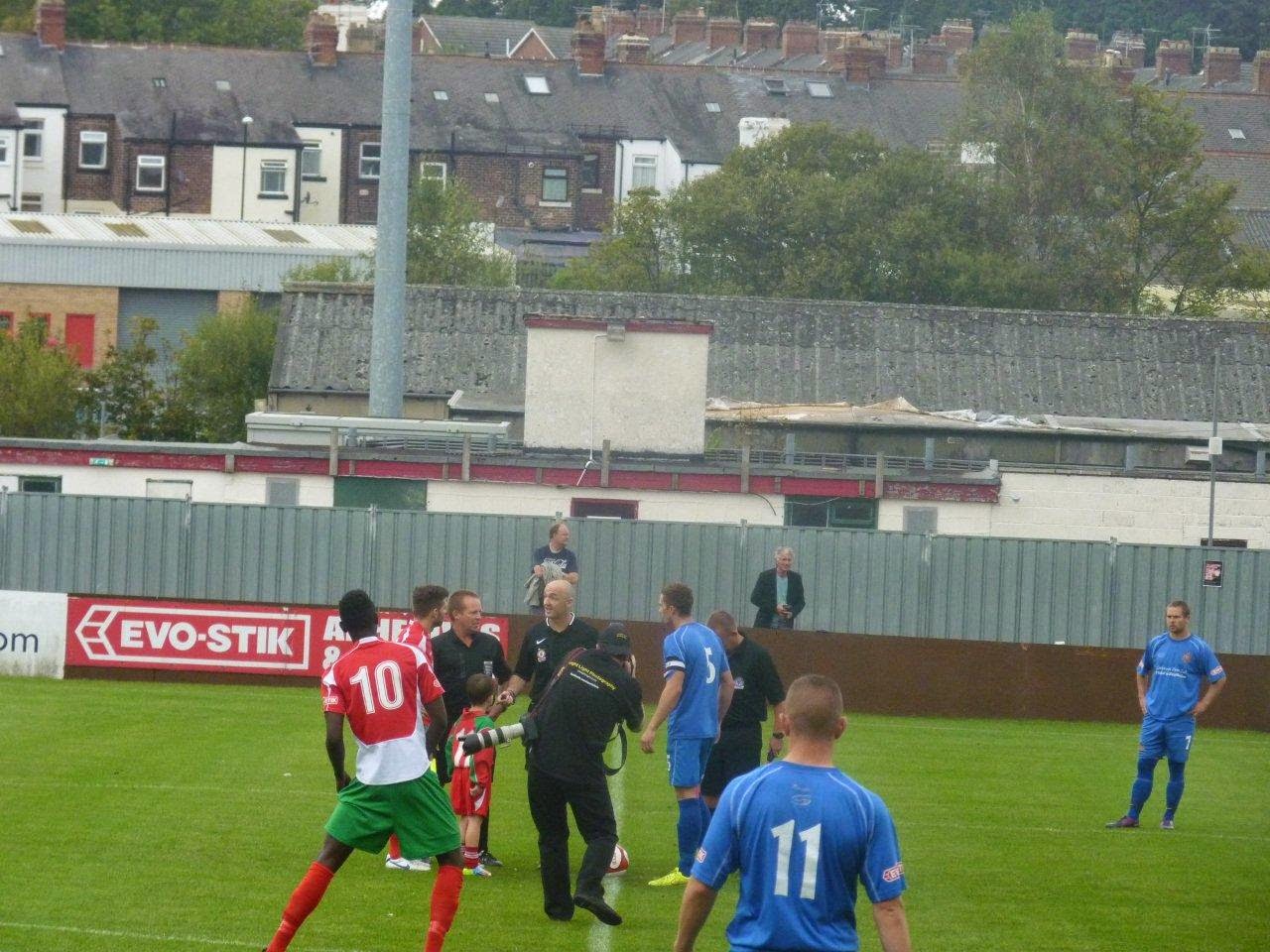 The pitch is on a huge side-slope but is like a carpet. These two teams fought it out on Monday evening in a League game, with Railway scoring a late winner.  A guy wearing a jacket, shirt and tie and drainpipe trousers is calling all the shots for Clitheroe. A fitness coach is carrying out the drills. The Railway PA man has side-splitting humour. He calls the 'keeper 'Top of the Stops.' The Stone Roses boom around the stadium.

Clitheroe is in the Borough of Ribble Valley in Lancashire. Goalkeeper Carlo Nash was spotted playing for Clitheroe by Crystal Palace. They have the lion's share of possession in the first half.  There's some neat build-up play but a reluctance to pull the trigger. 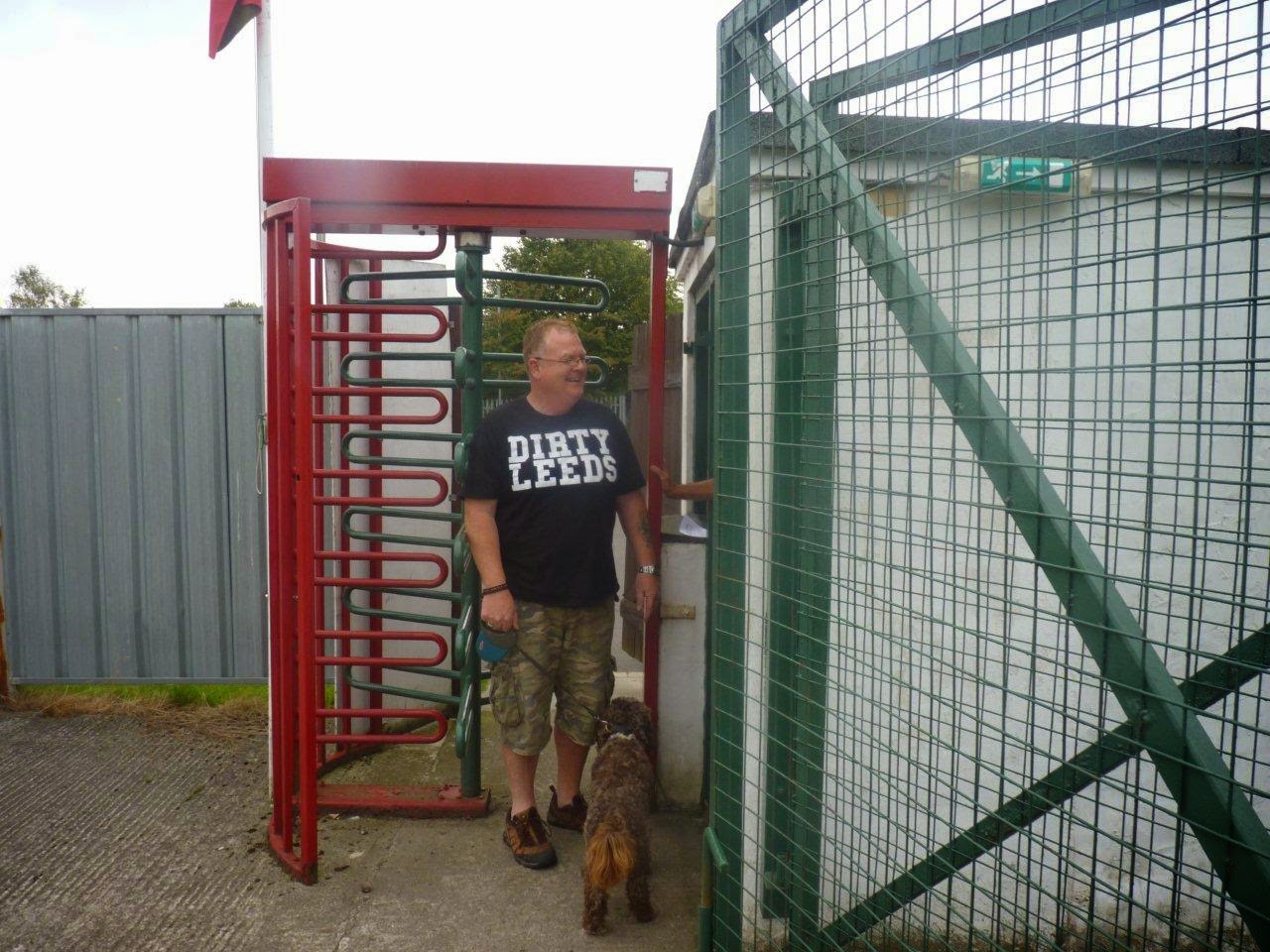 A small ruddy-faced man dressed in a beige corduroy jacket with a salmon pink shirt and sandy coloured shoes is pacing up and down the terracing. He swears at the fitness coach, over a difference of opinion over a Clitheroe player, despite having a broad Lancastrian accent. A Railway player takes a shot in the face and is felled to the ground. The ref stops the game so the player can be treated. There's an altercation between a Railway fan and the Clitheroe warm-up man.

Clitheroe take the lead just before half-time. Zach Clark is in acres of space on the left, he cuts inside and unleashes a shot into the bottom corner of the net. Railway reply immediately through Lamin Colley, who won them the game at Garforth. The suited and booted Clitheroe manager, Simon Garner abuses the linesman for not flagging offside. He boots the Crofton Building Services advertising hoarding with his shiny leather shoes, before limping to the changing rooms for half-time. 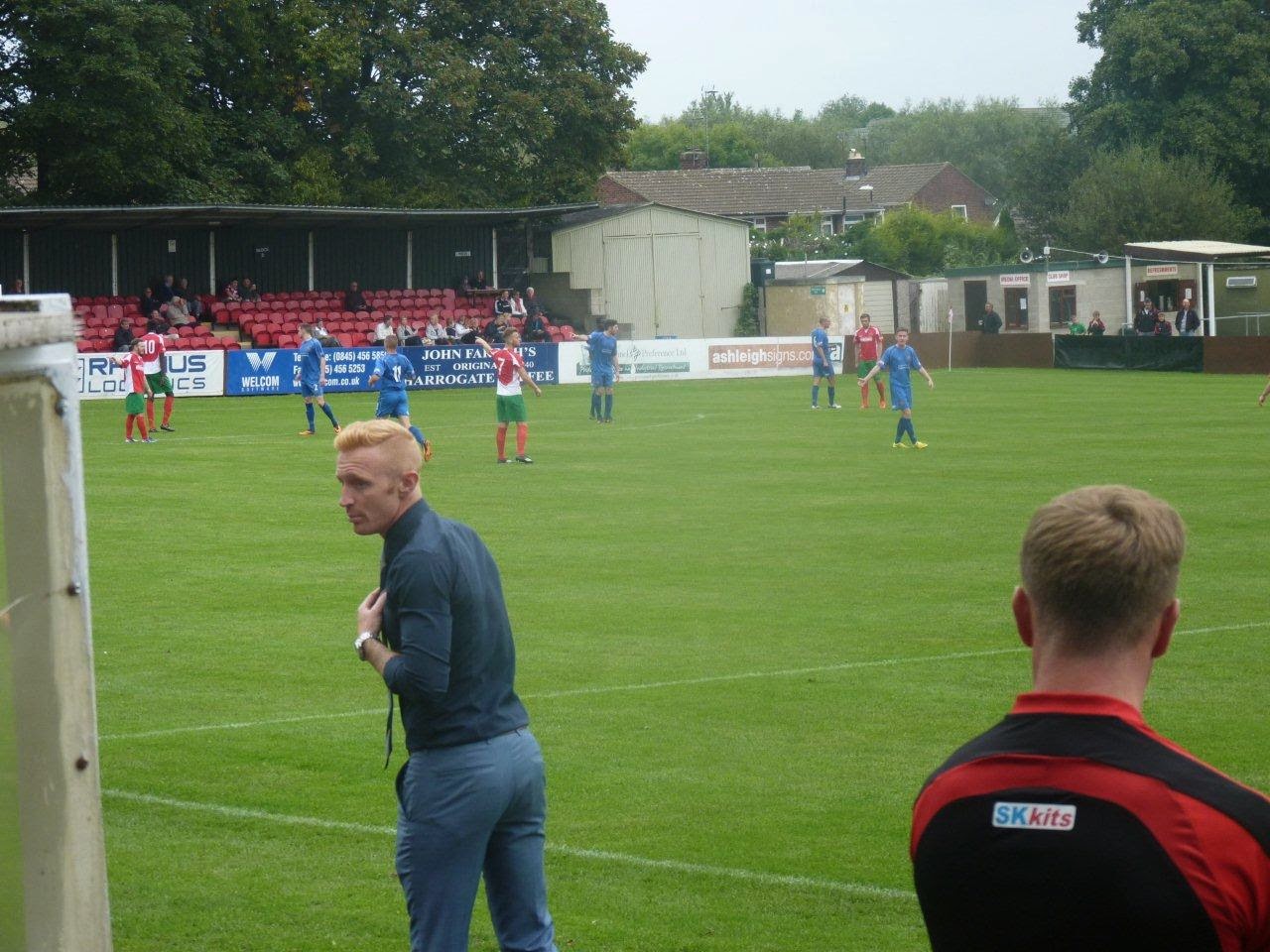 Mr Ruddy Face has already had a tantrum and stormed off for a brew. I mention the manager's outrageous behaviour to Clitheroe's lady chairman. Not only will his foot need treatment by the physio but the bucket man will need to nip to Clarks at the break to bag a new pair of shoes.

On 47 minutes Clitheroe's skipper is shown a straight red for an elbow on my man Colley. Mr Ruddy Face suffers a headloss. He pours abuse on the officials with a stream of expletives. His parting shot, before disappearing into the distance is "you gutless bastard." The Clitheroe bench are petulant. They take their eye off the game to make fun of the officials. They are pathetic. Railway score again with the Clitheroe 'keeper cleaning windows.

Leading scorer Nathan Cartman puts the game to bed. He rounds the 'keeper and rolls the ball into an empty net to put Railway into the hat for Monday's draw.

Man of the Match: Greg Kidd