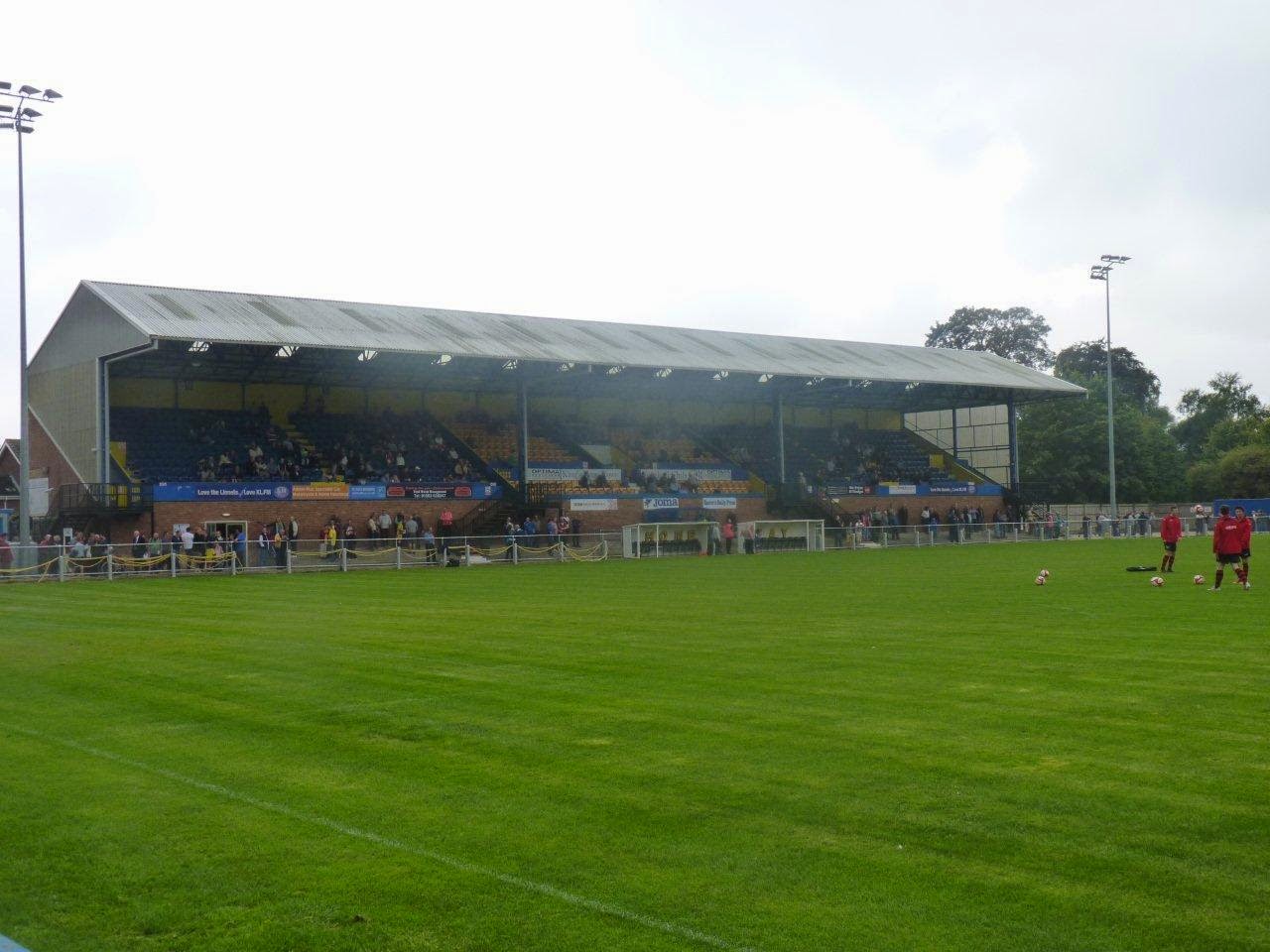 For the benefit of King's Lynn and Nantwich Town fans: I've written this blog for over 8 years. My favourite character is a pal of mine called Trumpy Bolton. I'm not saying he enjoys a tipple or two but he'd probably drink Coronation Street's Peter Barlow under the table.

He has one aim in life and that is to make a financial transaction in every village, town and city in England, Wales and Scotland. He has a dog-eared atlas with all the places he's been to highlighted off. in a yellow marker. He keeps credit card bills and receipts from places he has visited in ring-binders, filed meticulously in alphabetical order.

It's Saturday morning 7:30am. I'm driving the 'Rolls Royce' to Clifton to drop off 'The Skipper' as he's making his debut in the under 18 Midland Junior Premier League in Wolverhampton. Radio Nottingham are playing 'Troublemaker' by Olly Murs. Olly's not in good books in our yard. We'd asked him to retweet that it's 'Non League Day' and have not heard a sausage from him.. Different when he was begging me and Murphy the budgie for his votes in a sing-off on X-Factor. 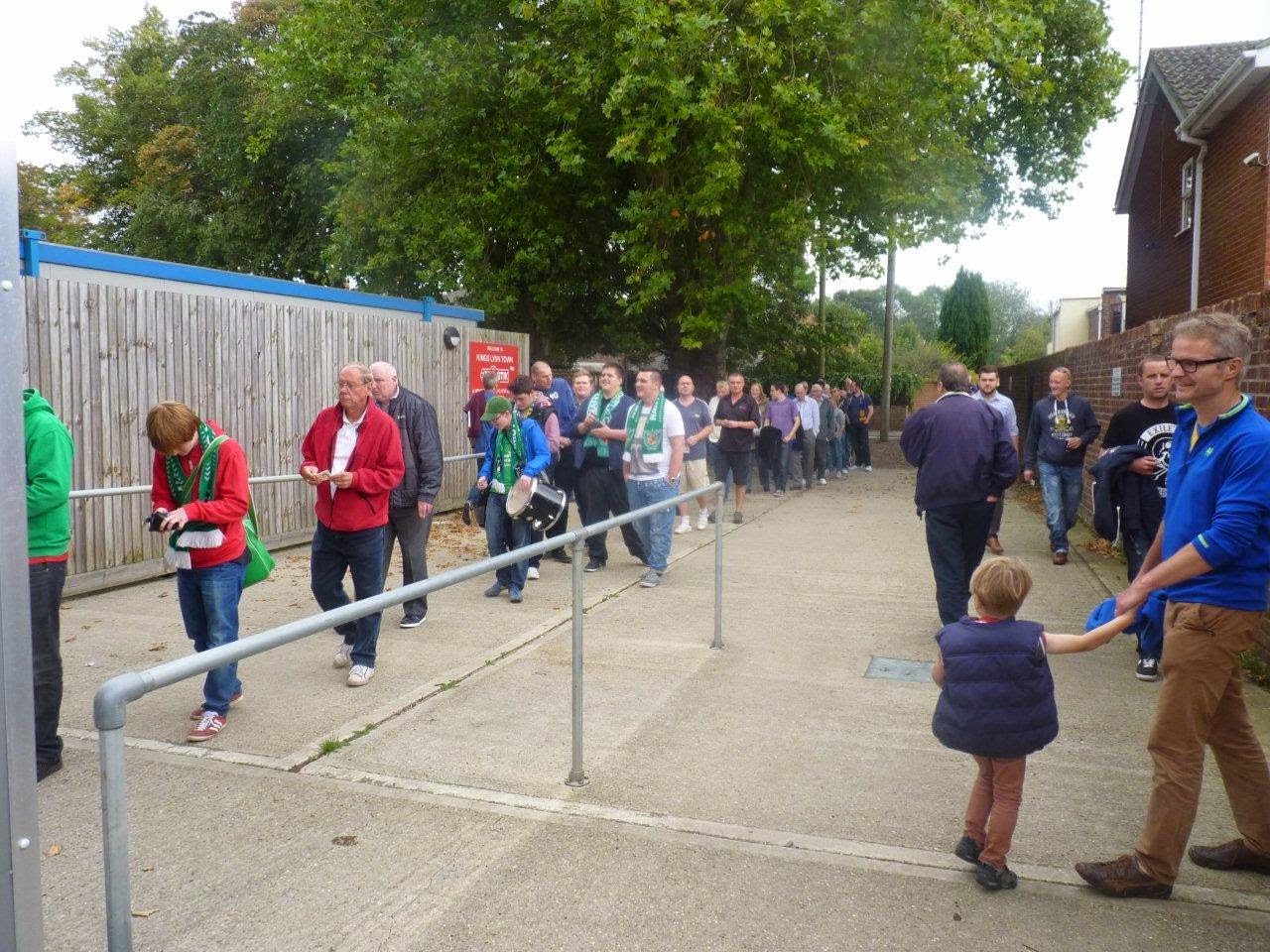 I head back home and wolf down a huge fry-up  in the cafe in my village. I drive up 'the Bronx' to pick up the legend. A rather impatient Trumpy Bolton is pacing up and down the street. He's wearing his trademark striped polo shirt and cotton traders blue tracksuit bottoms.

He's soon telling tales of a recent adventure to the Shetland Isles, where he chalked off 25 pubs in three days. The 12 hour crossing was 'brutal' as they caught the fag end of a hurricane blowing in from the USA.

The legend chortles about a no-show from Graham Norton on his Radio 2 Saturday show a few weeks ago, as Kate Bush's 'Running Up That Hill' is played on the station. We overtake the Harrogate Town team bus, who are enroute to Lowestoft Town, in the Conference North today.  We firm up a date to visit either Holbeach United or Pickering Town. Trumpy has one pub to tick off today; it's the Anchor Inn in Sutton Bridge. 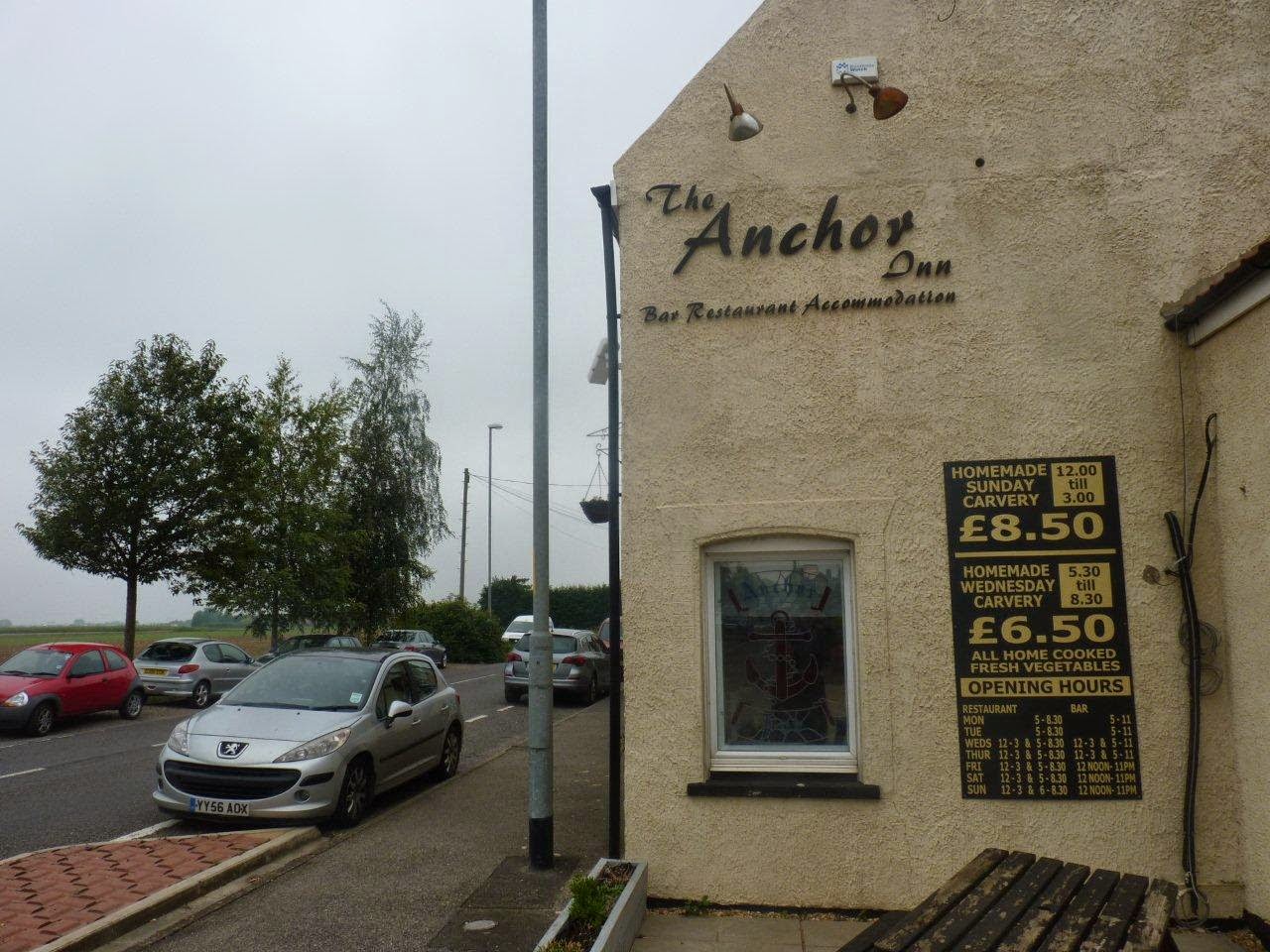 Bolton has already polished off a litre of pear cider in the car, as his eyes light up at a bouncy castle in the car park. The place is mobbed. There's a kids party on in the back garden. Bolton necks a couple pints, whilst Sticky sips at a pint of cider. I'm pleased to get out of the place, the service is appalling and the children are a bloody nuisance, tearing around the bar.

We hit the town of King's Lynn at lunchtime. Trumpy claims to know the area like the back of his hand. We park outside the cop shop.  It takes a full ten minutes of moaning and complaining before we finally stumble across the Dukes Head Hotel in the market place. There are more tears from Bolton when he is greeted with the news that the real ale pump is out of action. He downs a pint of Tetley's in two minutes flat and heads back to the car.

King's Lynn is a sea port and market town in Norfolk, with a population of just over 40,000. Notable people born here include: Queen drummer Roger Taylor, motor racing driver Martin Brundle, Welsh rugby international George North and former Kent cricketer Martin Saggers. I once came here on a school geography trip. We wandered around a tin fruit factory and saw a boat-load of Skoda's stacked up on a ship from Hamburg. It's all I can recall. 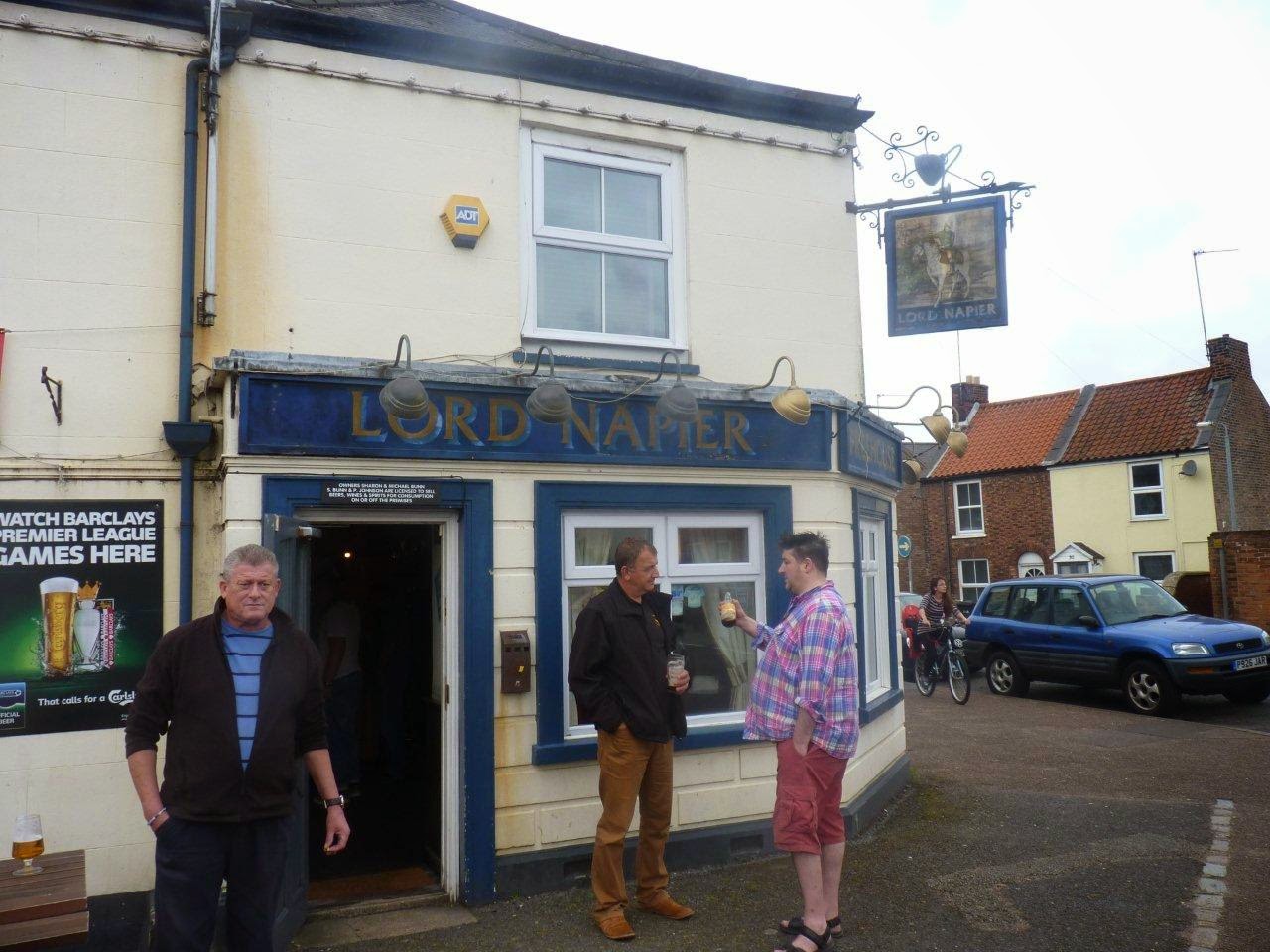 We park up near to The Walks. Bolton sniffs out a back street boozer called the Lord Napier. It's exterior would suggest it's seen better days, but inside we find it to be a belter of a pub. We're joined by Ackers and his 5 year old son Daniel. The 'Bonkers Conkers' real ale is going down a treat. Trumpy orders a cheese 'n onion roll that is the size of a Scooby snack. "Should keep me going until Wednesday" he chuckles.

The ground is a short walk away and appears to be in a dip. There's a large queue. The Linnets usually attract over 500 supporters. It's £10 on the turnstile and £2 for a programme packed out with adverts.

The original King's Lynn FC was founded in 1879. The Club was wound up in 2009 with debts of £77,000. The Walks is a cracking ground. The masterpiece main stand runing along the near touchline is the star attraction. We stand on the terracing behind the goal the Dabbers of Nantwich will attack in the first half. 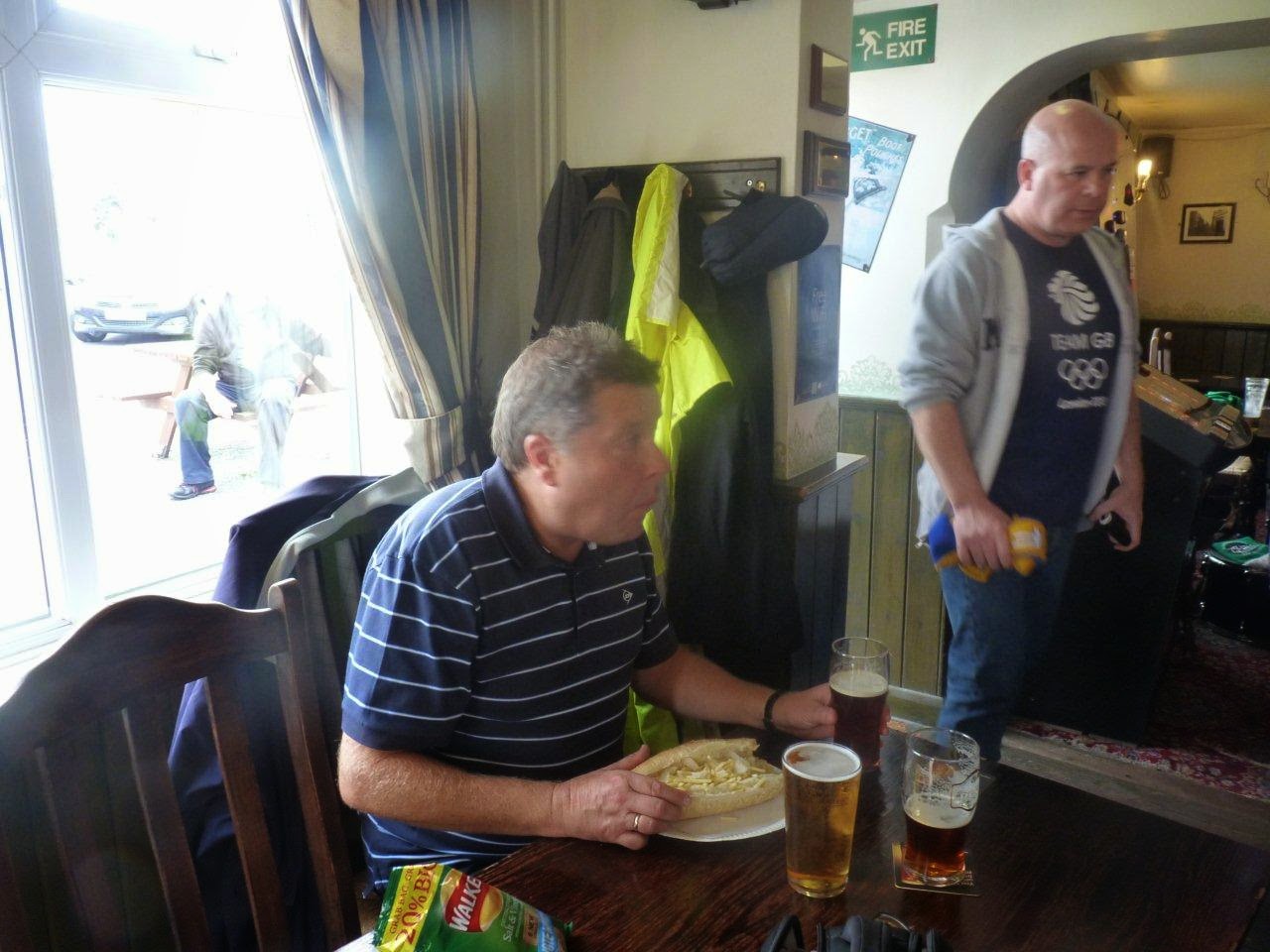 We're told that the game is to be broadcast live on Radio Norfolk by the PA man, as he warms-up the crowd with Dario G's 'Carnival De Paris.' A furious and ruddy-faced T Bolton catches up with us. Earth-shattering news has reached him that the bar is closed for a wedding reception. He's crying into his £3.50 tin of John Smiths.

Nantwich start brightly. An effort is cleared off the line by the last defender. The Linnets take the lead slightly against the run of play, when a supposed cross from Jack Ramm on the far right catches the 'keeper napping and somehow ends up in the back of the onion bag.

King's Lynn double their lead with a low left foot drive from former Nottingham Forest winger George Thomson. I remember signing his brother, Rory for Notts County a few years ago. They live in a village on the Notts/Leicestershire border. 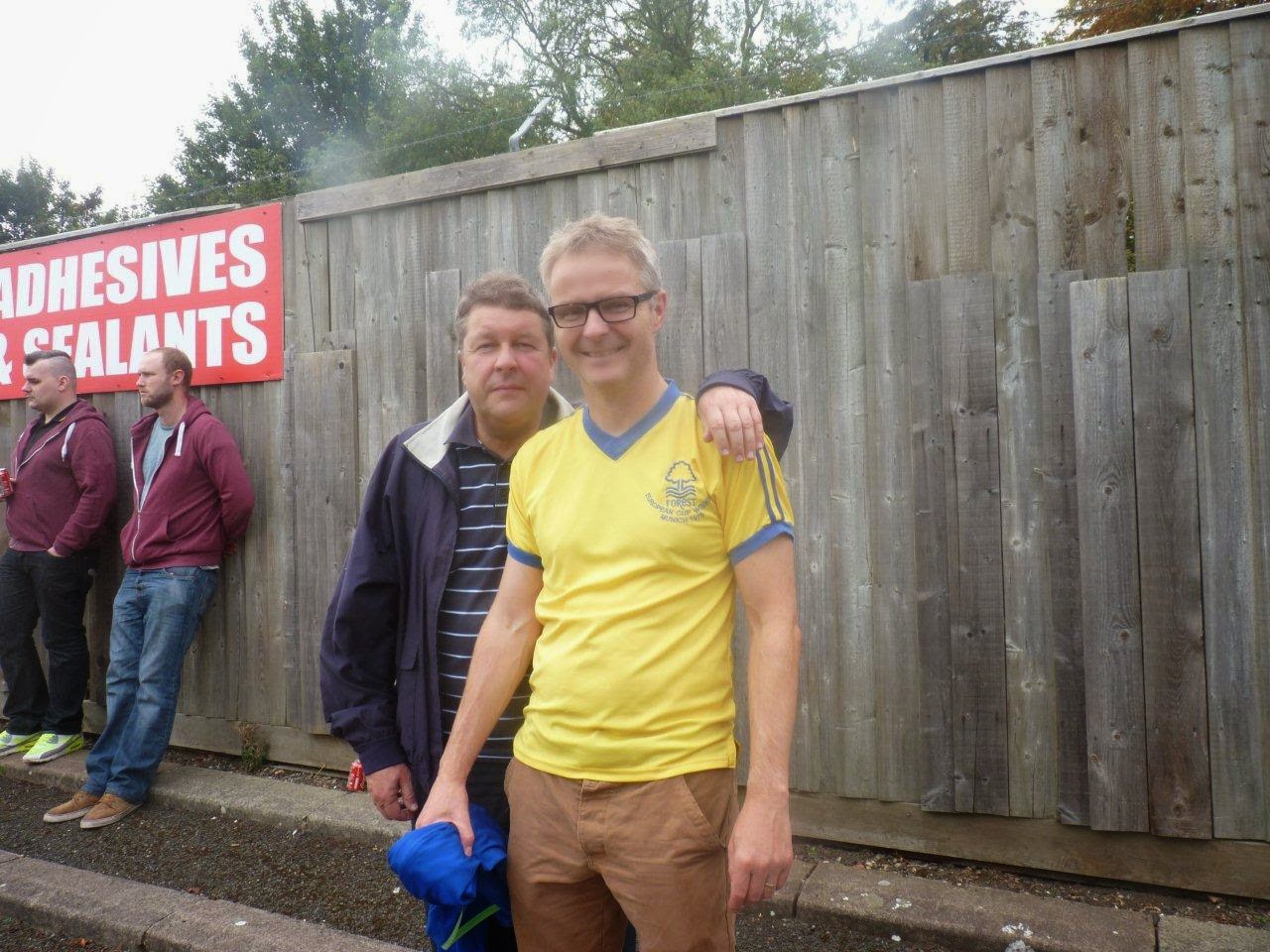 At half-time Trumpy harangues the commercial manager and questions her about the bar being closed. He's introduced to Buster Chapman, the Club Chairman. Buster apologises to Trumpy. He says it was booked over a year ago and they had hoped to move the fixture. They end up chatting about Buster's other passion: Kings Lynn speedway team.

Nantwich peg one back through Aaron Burns to set-up what should be a grandstand finish. King's Lynn continue to work the Nantwich 'keeper. Trumpy perks up with 25 minutes to go when Linnets sub Steve Spriggs trots onto the park. Trumpy spent a good 20 minutes chatting up his mum at Newport Pagnell a few seasons ago.

There's a health and safety incident on 80 minutes. Ackers' lad is caught red-handed by an eagle-eyed steward, hanging upside down like a monkey on one of the safety barriers. He gets a dressing down from the surly club official.

King's Lynn have been good value for their win. There's still time for a final real ale in the Rose and Crown in the old mining village of Cotgrave in south Notts.

Man of the Match: T Bolton