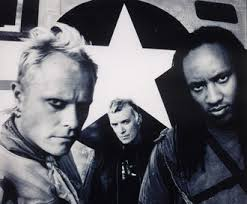 I'm stood at the top of a grass bank in sun-soaked skies on a Sunday morning at a school in the Gedling area of Nottingham. It's adjacent to a ground where a fence post was once launched at me by some drunken, drug-fuelled teenagers. It's a lucky ground for Sticky Palms and today is no exception.

We're down to ten men after 15 minutes. Don't worry folks, Sticky junior hasn't seen Red. He's suffering from a heavy cold and is withdrawn from the action without complaint (for a change). We're 3-2 up at the break but under the cosh. We go 3-4-2 for the second half and add a further nine goals to our tally. Sizzers bags 5, Big C grabs a hat-trick and poor old Owen misses a late penalty that would have completed a treble.

I've really enjoyed having one last season coaching my lad. It's been challenging and rewarding. We've amassed 17 points in Division One of the Notts Youth League. We've comfortably overachieved. It's time to let them go at the end of the season. That goes for my Under 16s too. 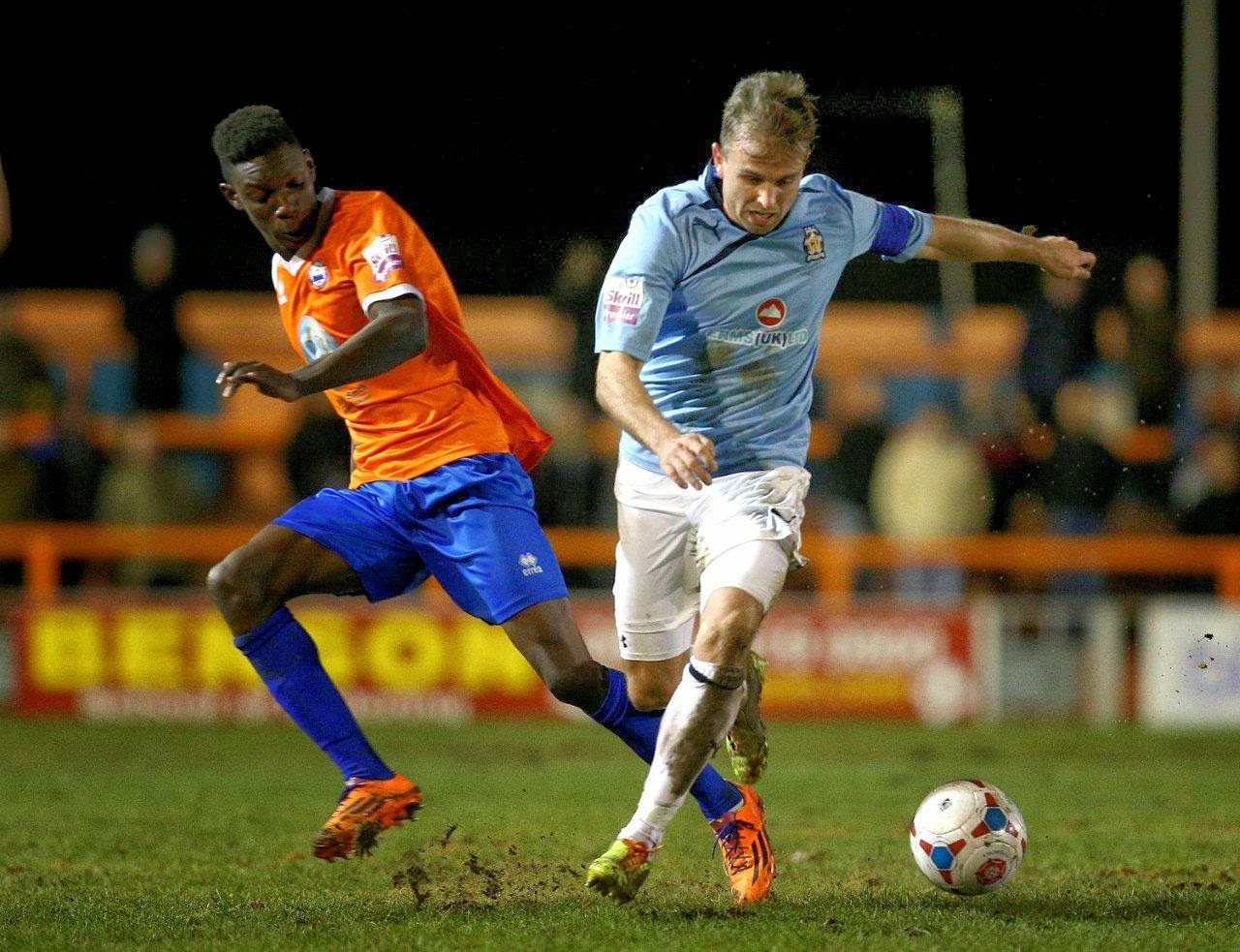 I'm still smiling on Monday morning, despite having to pack my bag for a two night stop-over in Essex. I hit the road in the afternoon with Paul Hawksbee and legendary Scottish manager and Talk Sport pundit Alan McNee for company. Destination is the seaside town of Clacton-on-Sea. I'm booked in at a hotel on the outskirts of the town.

I have a lonely meal for one in the restaurant. A ten ounce ounce gammon steak can't cheer The Groundhopper up; he's missing his faithful sidekick, Murphy Palmer the budgie. The evening TV schedule is appalling. Maxine Peak on BBC1's courtroom drama Silk is worth a look but that's about your lot. I should have gone to the cinema. No wonder Alan Partridge had a breakdown.

After a huge breakfast, I fire up the company car and go about my business. After calling in at a few local schools and carrying out some audits, I head to the town of Braintree and its Premier Inn, which is tucked away at the back of a garden centre. 'The Mule' is checking in. Tonight he'll experience first hand the trials and tribulations of being a groundhopper. 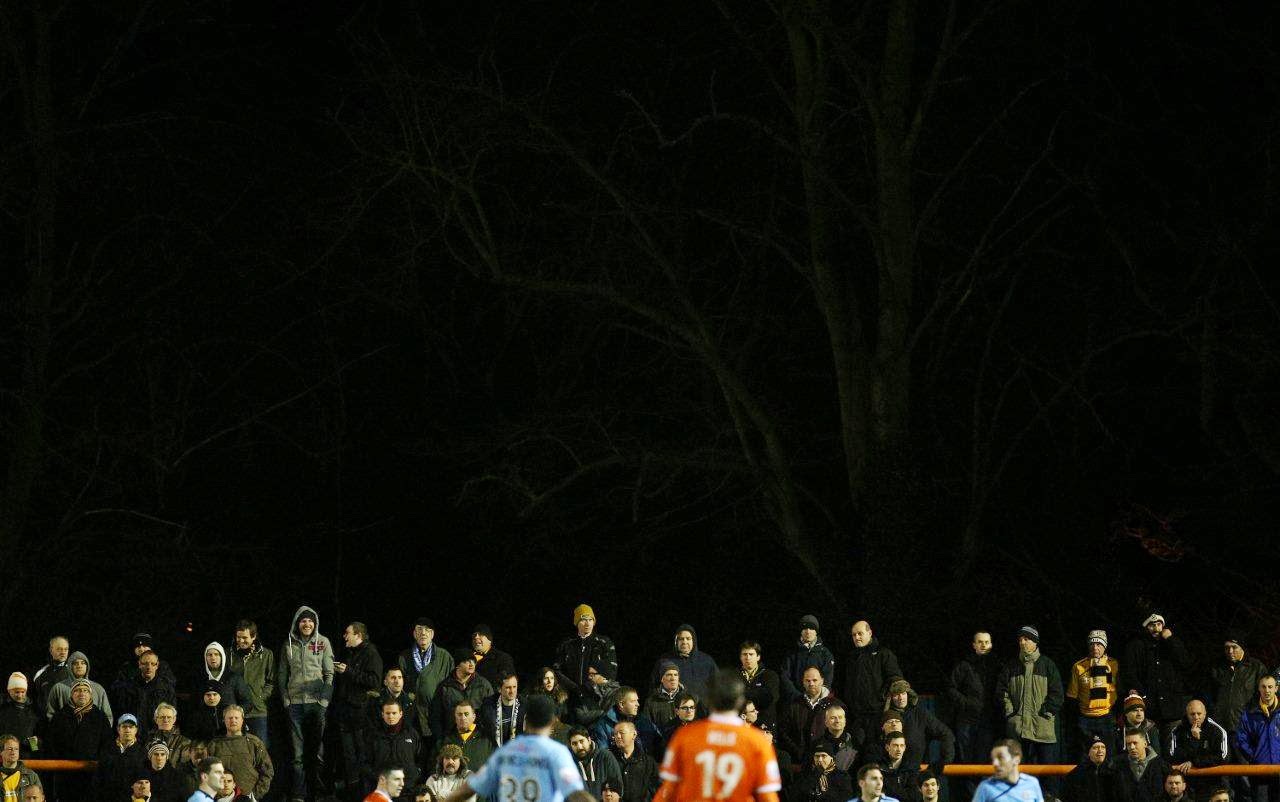 We have a couple of drinks and a meal at a tidy restaurant next door. I was going to drive but the receptionist has tipped me the wink that the roads are being re-surfaced and that it might be better to peg it to the ground.

'The Mule' ain't happy about having to stretch his legs but he has to abide by my rules. It gives him the chance to spark a couple of ciggies up on the 15 minute hike to the ground.

Braintree is a town 10 miles north west of Chelmsford and 15 miles west of Colchester. It has a population of over 40,000. It was once well known for its silk and wool trade. Famous folk to have grown up in the town or been born there include: Pineapple Dance Studios artistic director, Louis Spence and dance group The Prodigy, 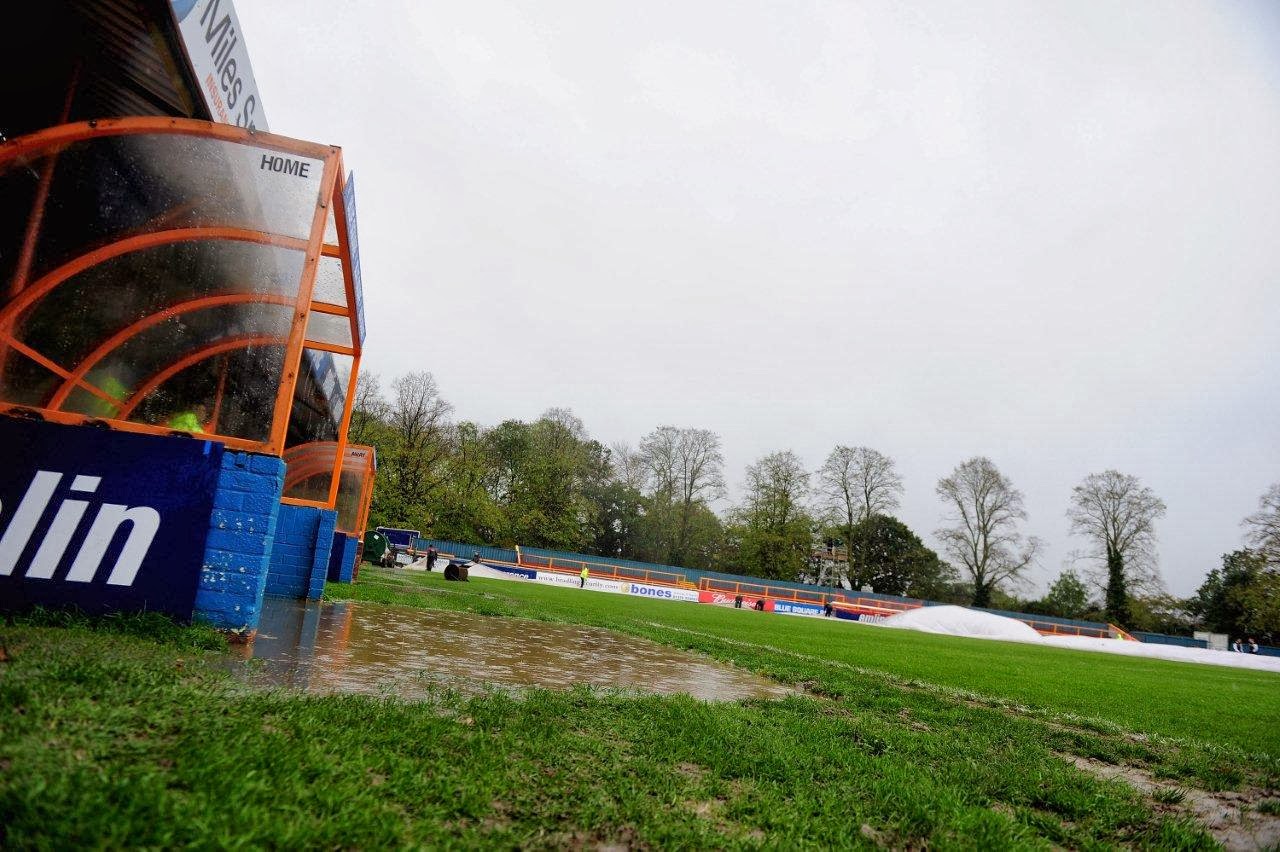 Braintree Town were formed in 1898 and are nicknamed 'The Iron.' This is their third consecutive season in the Conference Premier. They are managed by former West Ham United FA Cup winner Alan Devonshire.

We follow the receptionist's directions, taking a left hand turn just after the Orange Tree pub. Cressing Road is in a less salubrious part of town. Cambridge United fans are packed in on the far terrace. They're second in the table and have a trip to Wembley to look forward to in the FA Trophy.

Poor old part-time Braintree haven't kicked a ball at the Amlin Stadium this year. They are six or seven games behind the rest. I've always liked the look of Dan Holman and Daniel Sparkes, who I saw terror Gainsborough Trinity for Histon a few seasons ago. 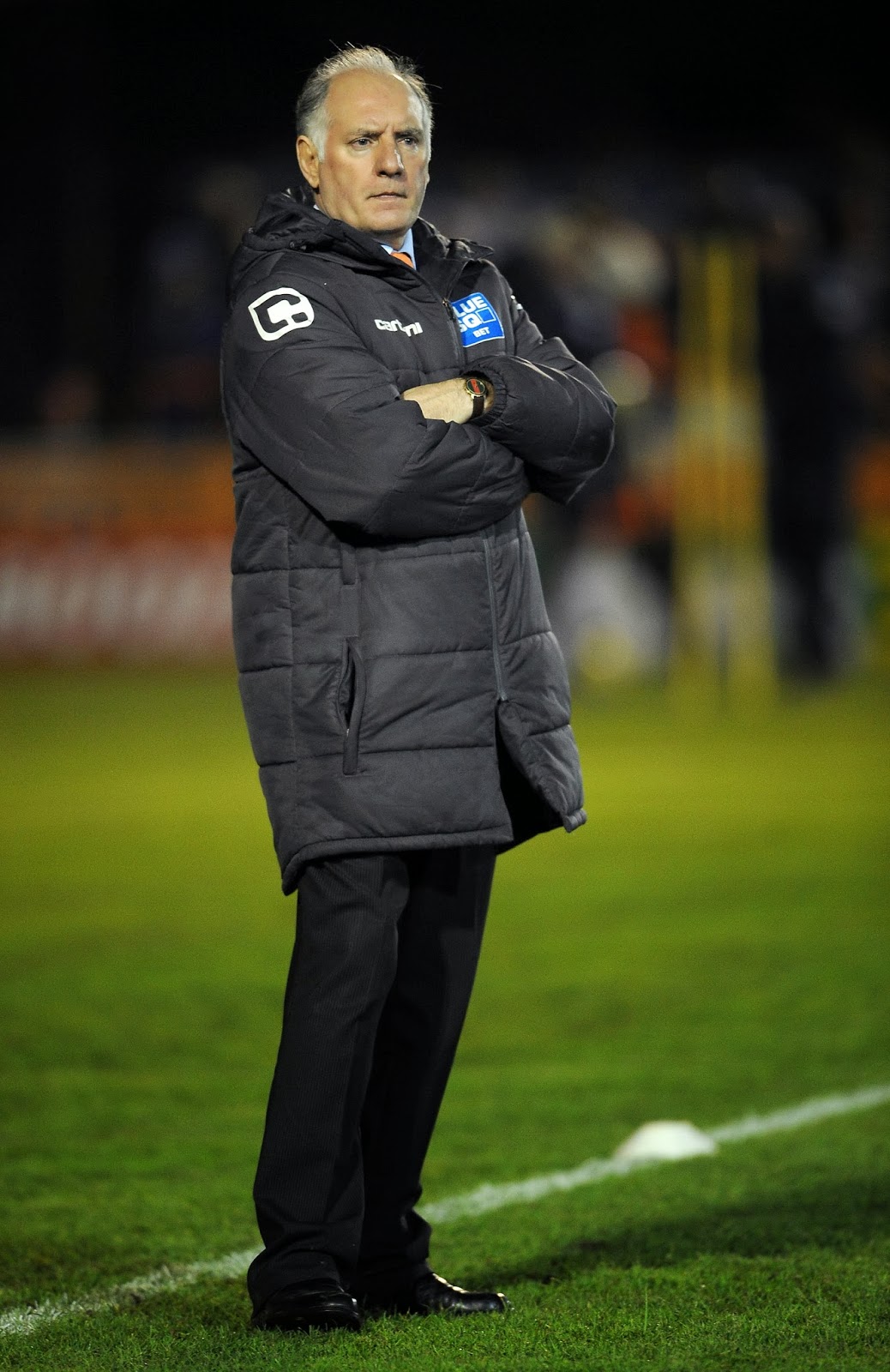 'The Mule' seems content. He's confused that Cambridge have more fans in the ground than Braintree. He's a big Norwich City fan, who often chats to Murphy our budgie about the Canaries on Facebook. The ground is fairly low spec for a Conference club but  has a certain charm about it. The orange-painted crash barriers brighten up the whole place.

I've already threatened 'The Mule' that'll I'll never speak to him again if the match ends up 0-0. Sticky doesn't do blankety blank. Christ on a bike, after half an hour this game has 0-0 written all over it. Braintree look the livelier. Dan Holman is on the bench as Devonshire eases him back from injury. 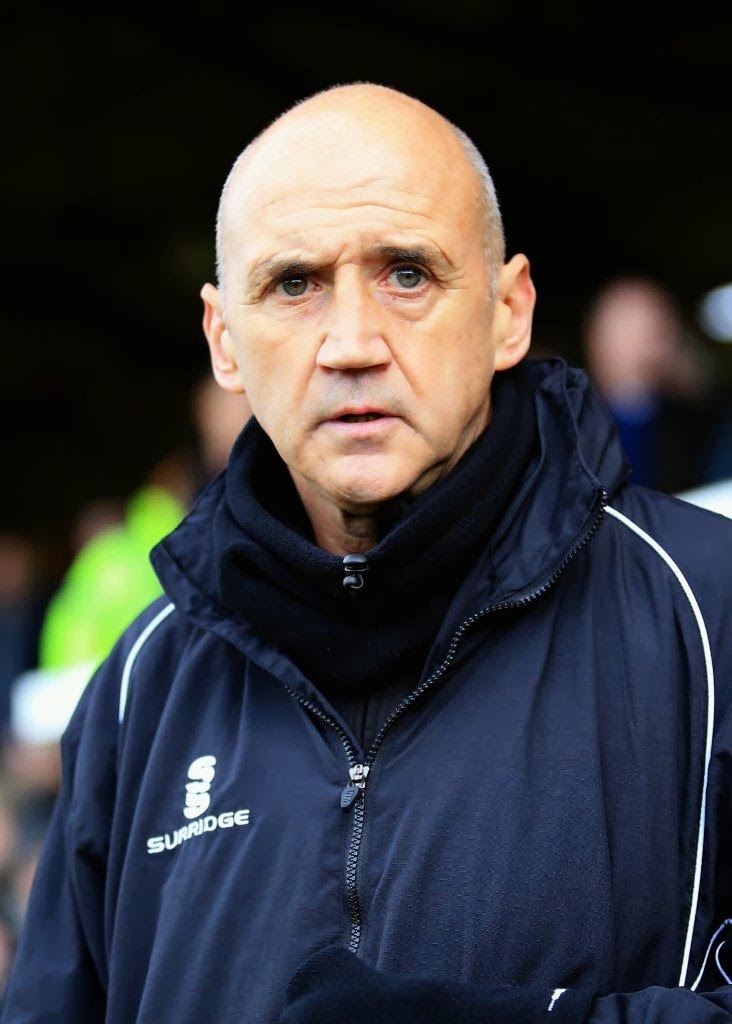 Daniel Sparkes is the game-changer in the second half, which is pretty much dominated by the home team. On loan Watford winger, Mensah, finds Sparkes in space, he steadies himself before drilling a low, hard shot into the bottom right hand corner of the net.

Braintree miss countless chances to put the game to bed. Cambridge are absolutely awful. I can barely remember the home 'keeper having to make a save. They are powder puff in attack. Matthew Barnes-Homer is blowing out his backside and is substituted with 15 minutes to go. I reckon me and 'The Mule' have covered more ground tonight walking to the game and back to the hotel.

Man of the Match: Daniel Sparkes