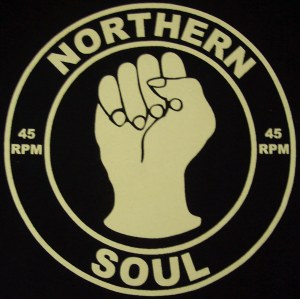 It’s Friday tea-time, I’m sat in The Zuffler’s dog-haired covered car. We’re off to Browns for tea, just off Maid Marian Way, in Nottingham. Twenty five work colleagues pile into the dining area. Sticky jnr is amongst our brethren. He’s as happy as Larry, supping his lager and sneaking off outside for a roll-up with his workmates. I nip down the Canal House to leaving do for ‘The Horse’ who is emigrating to Australia on Tuesday. It’s an early bath for Groundhopper, though, after acute stomach pains find him on the Keyworth Connection at 21.30hrs. Junior rolls in three hours later: That’s my boy.
My stomach is making more noise than Mount Vesuvius on Saturday morning. I’m hoping a pot of tea for one and a bowl of Frosties will restore normality. The Zuffler, Chambo, Cobman Al and a rather delicate and dishevelled looking Sticky jnr are making the 100 mile trip north.
It’s my first look at Forest since the away trip to The Valley last season. I’m just hoping that Radi Majewski is wearing his dancing shoes for the game at the home of Northern Soul. Sticky jnr is whining that he wants Capital FM on. They only play one record – Swedish House Mafia (yawn). The Zuffler is dishing out the Werthers Originals. He reckons the best pie shop in Wigan is Greggs. There’s a lot of childish tittering and guffawing coming from the back seat, as The Zuffler tells a string of gags to the lads. 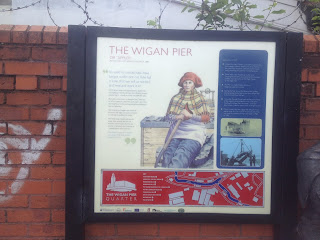 The A50 and M6 are clear of traffic. We crawl for the last three miles past a string of retail parks and supermarkets. Friendly stewards wave us into the visitors’ car park. Cobman Al parts with a fiver. We bump into ‘Homebird’ in his snazzy new BMW. The lads head off to a soulless chain pub called the Red Robin. Al fancies a pint and Dirty Leeds v QPR at the Marquee.
The rest of us take a stroll up the Leeds/Liverpool Canal. We chance upon the Orwell pub, a converted cotton warehouse. Marvin Gaye’s ‘I Heard it Through the Grapevine’ is playing in the bar. We sink a pint of ‘Gold Rush’ and bask in the lunchtime sunshine adjacent to the canal, catching up on all the gossip. 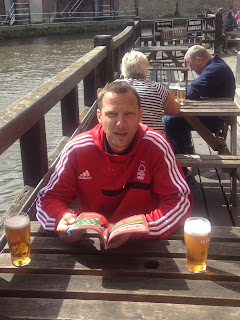 Wigan is a town in Greater Manchester that stands on the River Douglas.  It has a population of 80,000. Back in the day the town was well known for its manufacturing of porcelain and clock-making. Wigan Pier was made famous by the writer George Orwell in his book ‘The Road to Wigan Pier.’
The Northern Soul movement was centred in Wigan. Between 1973 and 1981 ‘all-nighters’ took place at the Wigan Casino. The building was demolished in 1983 following fire damage the previous year. Since 1992 the World Pie-Eating Championship has taken place in the town.
Notable people from the area include: the former Chief Constable of Greater Manchester, James Anderton, singer Richard Ashcroft from the band The Verve, former Rugby League player, Shaun Edwards, the actor Roy Kinnear, 80s singer Limahl, Everton midfielder Leon Osman, former NFFC player Danny Sonner, former Sheffield Utd manager Danny Wilson and the actor Ted Ray. 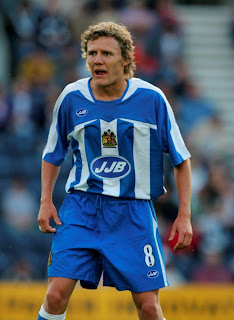 Wigan Athletic were founded in 1932 and share the DW Stadium with the Wigan Warriors Rugby League team. I recall them knocking out my team, Lincoln City, out of the Sherpa Van Trophy Northern Final back in the 80s, with the likes of Kevin Langley, Mike Newell, Steve Walsh and David Lowe starring. Former Reds Grant Holt and James Perch now ply their trade for the Latics. Notable former managers include: Larry Lloyd, Kenny Swain, John Deehan, Bruce Rioch and Steve Bruce. Most league appearances: Kevin Langley (317). Record consecutive league appearances: Jimmy Bullard (123). Record transfer fee paid: Mauro Boselli (Estudiantes) £6.5M. Record transfer fee received: Antonio Valencia £16M.
We head up the two flights of stairs to the North Stand. Over 4000 Tricky Trees pack it to the rafters. The PA announcer is already an early contender for ‘DJ of the Season.’ Smokey Robinson and Martha and the Vandellas are blasting out of the speakers. The build up to the kick off reaches a crescendo with Settle-born soul singer John Newman and his Number One hit ‘Love Me Again’ My spine is tingling in anticipation of this mouth-watering fixture between two teams bang in form. I’m disappointed at the exclusion of Darius ‘The Beast’ Henderson. He has more pressing matters to attend to (a court case). 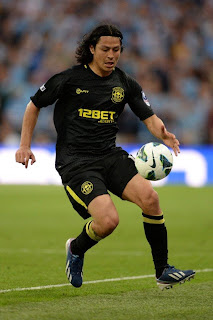 The Latics start like a train; Forest can’t get near them. “You’re not famous anymore” roar the Wigan supporters. “You weren’t famous anyway.” Touché. Against the run of play Forest take the lead through a superbly struck free kick by Andy Reid. Why this boy is playing in the Championship, I’ll never know. He is in the form of his life.
Forest continue to struggle with the pace and movement of the FA Cup holders. Honduran international Roger Espinoza is causing mayhem down the left hand flank. He skips past Henri Lansbury and USA full back Eric Lichaj with regular ease.  Lansbury suffers a headloss as things boil over. The equaliser has been coming; ironically it is created on the other wing. Marc-Antoine Fortune is upended by Hobbs after a mazy run. Darlow gets a strong hand on the penalty from Maloney but can’t keep it out.
Wigan go for the jugular and on 34 minutes deservedly take the lead. Darlow again is unfortunate, pushing a shot onto the crossbar, only to see an alert Gomez gleefully steer home the rebound. Forest are relieved to hear the half time whistle. They are a tad fortunate to be only 2-1 down. 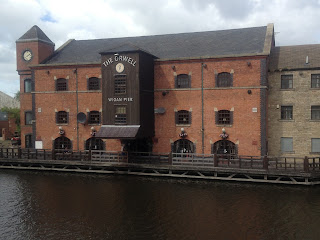 While Billy Davies undoes his top button, loosens his tie, refuels with chewing gum and lets rip, we are treated to Jackie Wilson, Frankie Valli and Cee Lo Green. It’s been an entertaining first period despite the performance of whistle-happy referee Craig Pawson, from Sheffield, who seems to break up play.
King Billy replaces a disinterested Guedioura, who has been coming out of a tackle waving a big white handkerchief. Lansbury protects the back four, Dan Harding comes on at left back and Cohen moves to the right of the diamond formation, in an attempt to nullify the dangerous Espinoza.
Forest’s flowing, crisp pass and move football dominates the game in the second period. Reid and Cohen are untouchable. It just lacks that killer final ball. Majewski removes his hob-nailed boots for the lighter variety. They have masses of possession, but little creativity. Halford ploughs a lone furrow. Mackie can’t get into the game. Substitutions disrupt their pattern of play. Wigan rely on the counter-attack.
Referee Craig Pawson blows his whistle for what feels the 100th time. The game has been breathtaking, with the Reds unfortunate not to nick a point. The DJ spins one final Northern Soul classic; Frank Wilson’s ‘Do I Love You.’

Cant believe there was no mention of Wigan's finest - Uncle Joes.